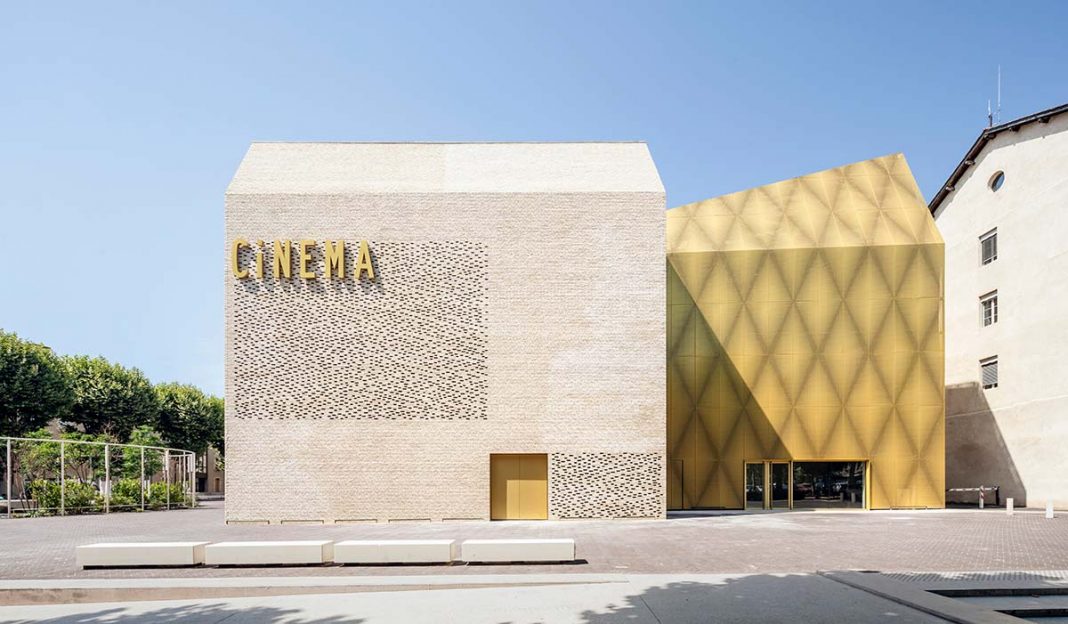 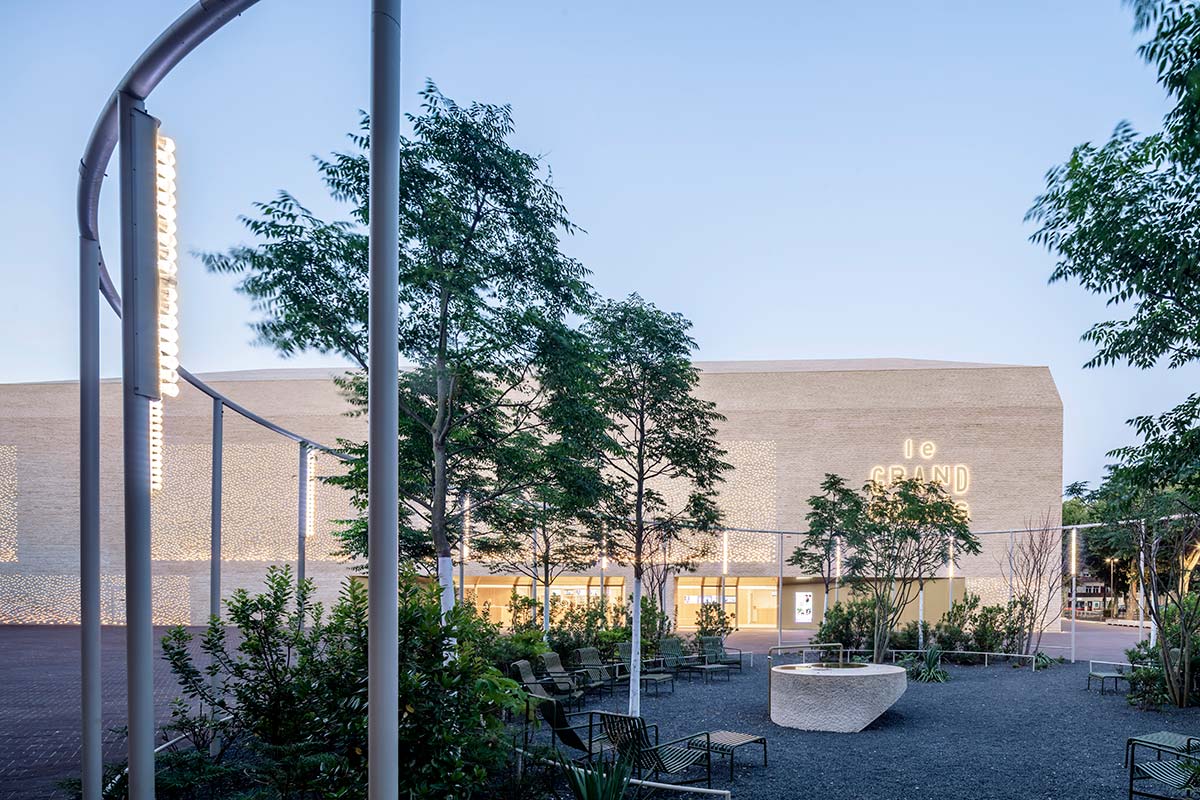 Two distinct volumes, methodically created and visually displayed. One is built in brick, the other in perforated and gilded metal. Each of them has a precise role in relation to public space. On the intricate masonry texture of the monolithic structure, the neon letters of the name stand out, linear and precise, near the entrance: Le Grand Palais. 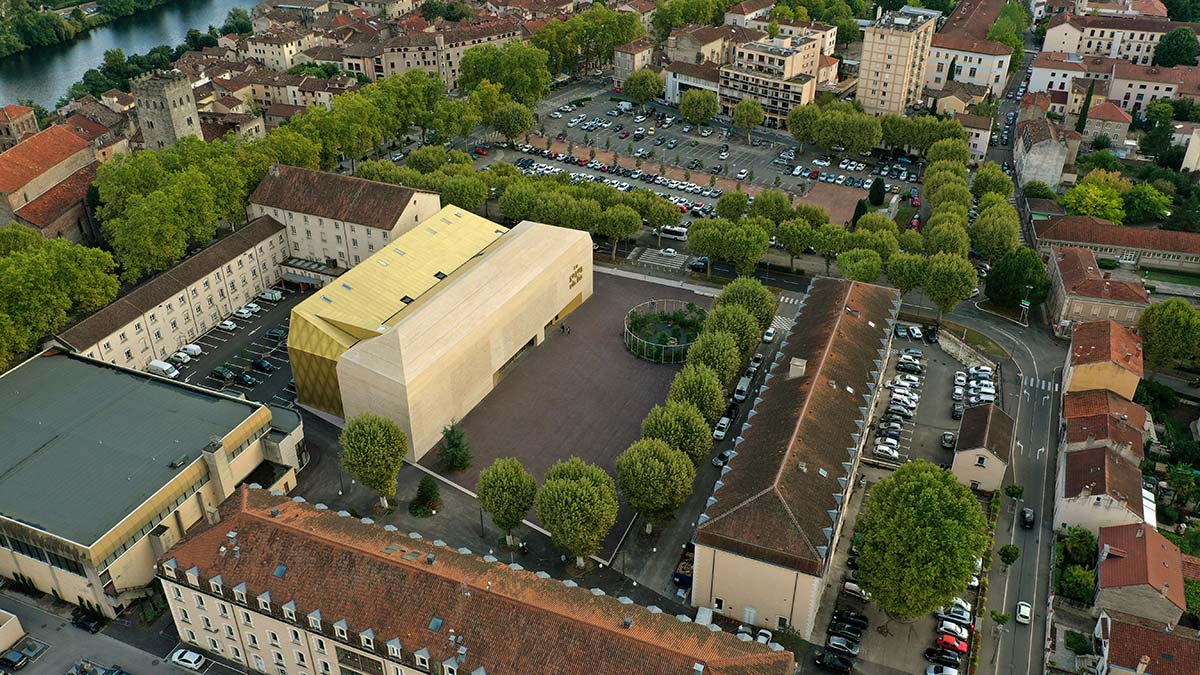 The new cinema designed by the architect Antonio Virga in the town of Cahors, in southern France, has seven screening rooms and a capacity of over 1000 viewers. Le Grand Palais stands a few steps away from the bank of the River Lot, on a former military site that was demolished after a fire in 1943, becoming Place Bessières. The zone was initially used for parking, and was then converted to create a welcoming pedestrian area combined with a large green zone known as “the oasis.” Above the multiplex cinema, with an independent entrance, visitors can see the Museum of the Resistance previously housed in a building on the square, which has been demolished. Though the project replicates the symmetry and morphology of the former military barracks, Virga has filled the architecture with a powerful contemporary aesthetic. 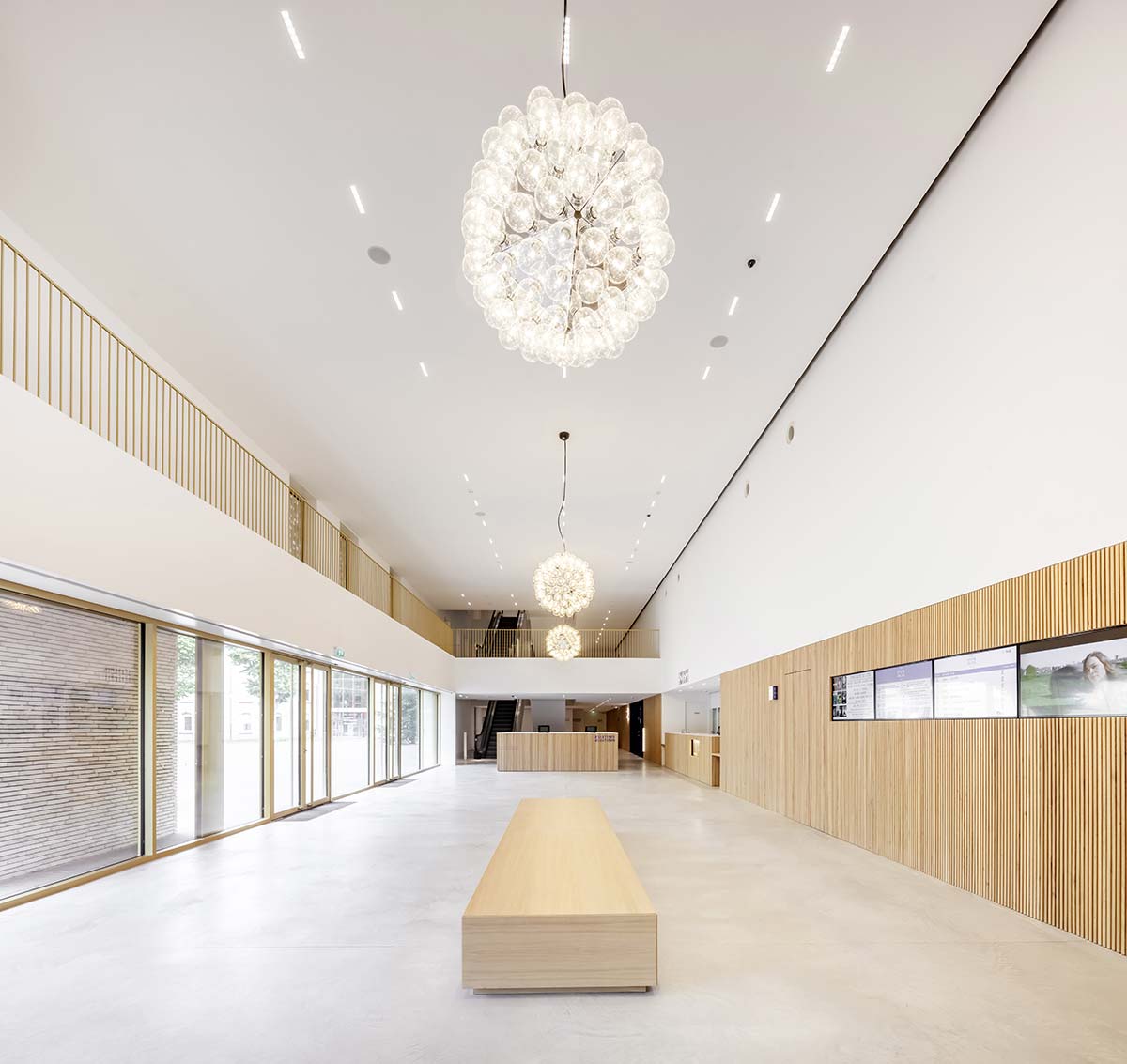 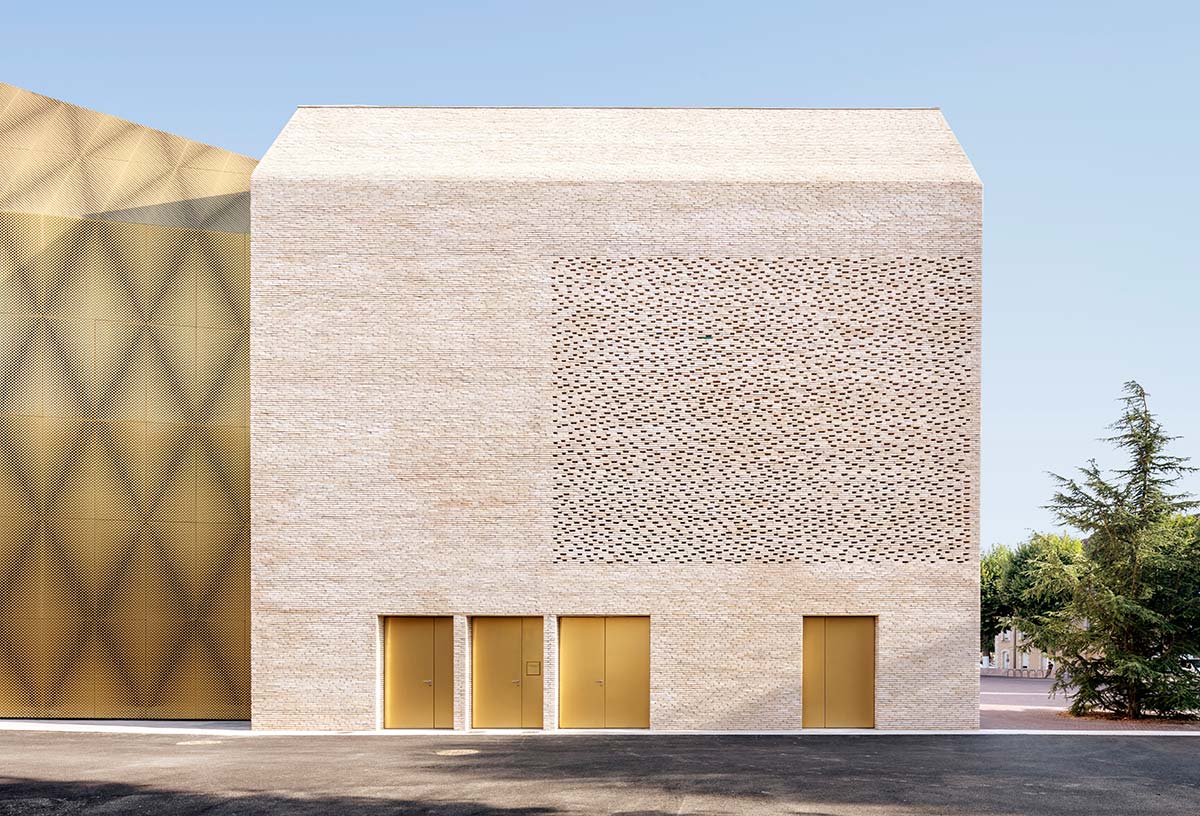 The building facing towards the square reprises the preferred construction material of the zone – clay bricks – with the goal of conserving the collective memory of the town of Cahors. The monolithic volume has majestic façades, though on the upper levels it is surrounded by a mashrabiya composed of small openings that lighten the fronts and intrigue visitors from a distance. 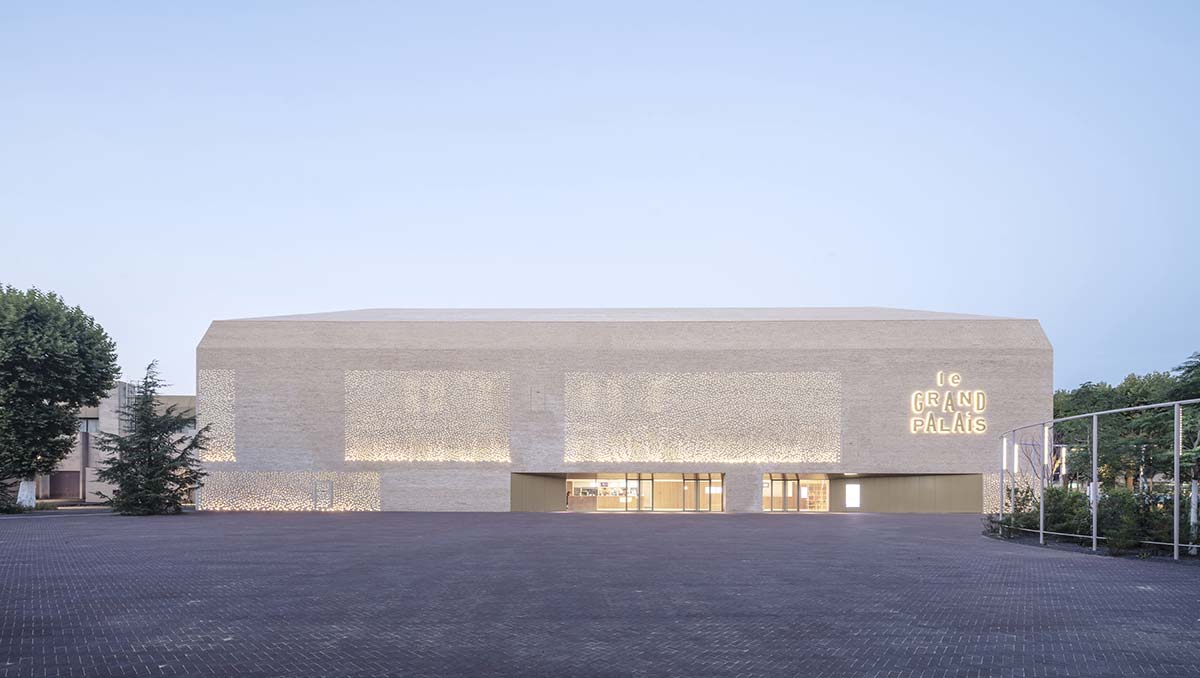 The intricate alternation of full and empty zones definitely has a functional purpose. The perforated skin enlivens the internal spaces during the day thanks to the penetration of light and the play of shadows, while at night the façade is transformed into a screen of tiny sparkling lights. A complementary volume is placed up against the solid one: a presence entirely clad in gilded and perforated aluminium sheet, inside which to organize the various movie theaters.

Workmanship and innovation to scale the heights of hospitality