The rounded, irregular forms designed by SANAA for the new complex officially opened on 25 November, like an egg or a figure eight, certainly represent a breakthrough with respect to the previous architecture with its Rationalist approach based on squared, severe geometric volumes. The buildings of the new addition, on the site of the former Centrale del Latte of Milan on Via Castelbarco, occupy an area of 35,000 square meters, of which 17,000 form a public park. They add another episode to a long architectural ‘adventure,’ from the historic facility built in 1941 based on a design by Giuseppe Pagano, to the expansion on Via Roentgen in 2008 by Grafton Architects.

The project, representing an overall investment of 150 million euros, includes a residence for students and visiting professors, for 300 persons, operating since last year, the four buildings of the new facility of the SDA Bocconi School of Management, and a multifunctional sports center open to the public, due to open during the upcoming school year, with two swimming pools (one Olympic pool and one measuring 25 meters), a fitness area, a basketball/volleyball court, and an indoor running track with stands for about 1000 spectators. 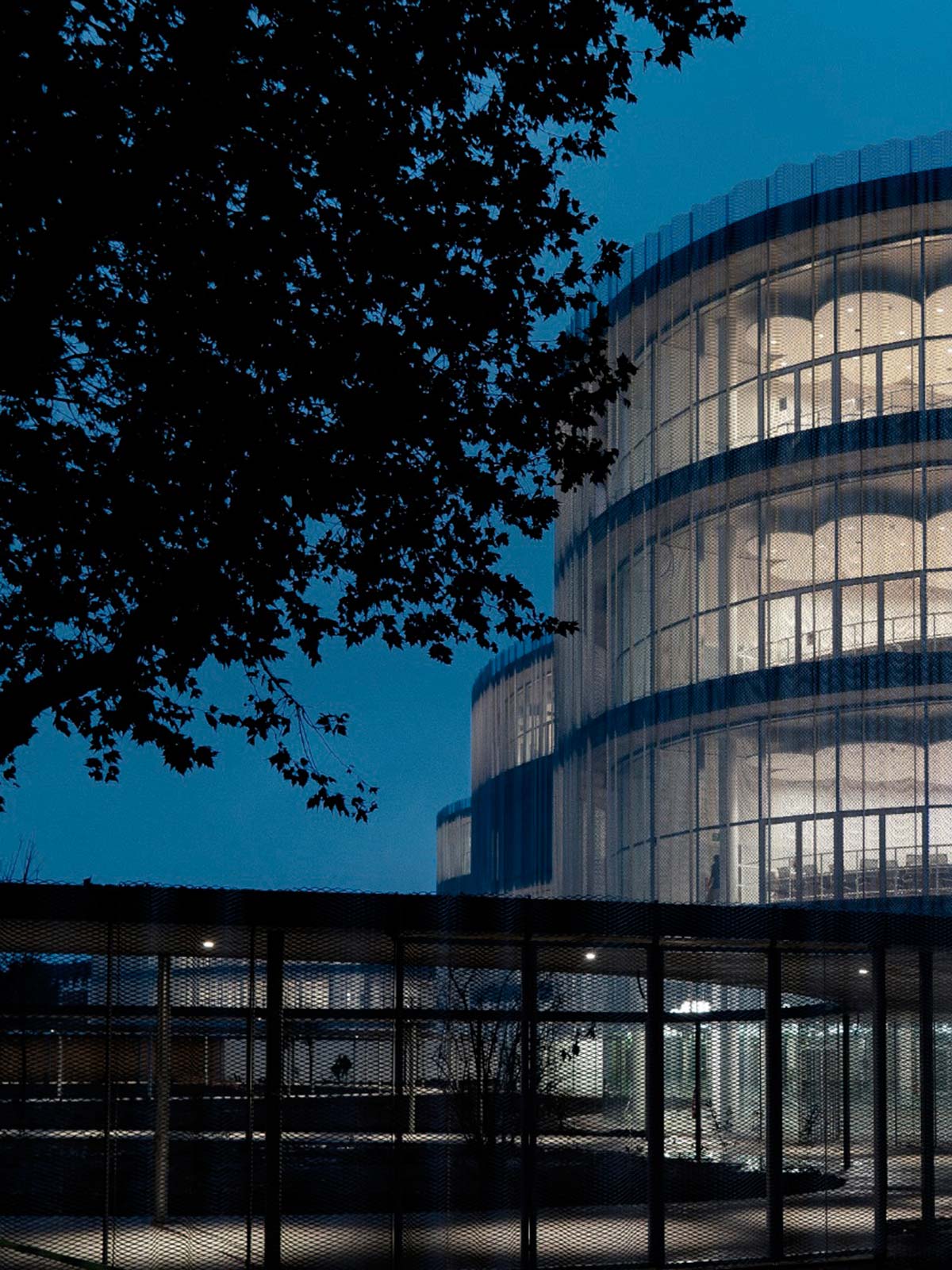 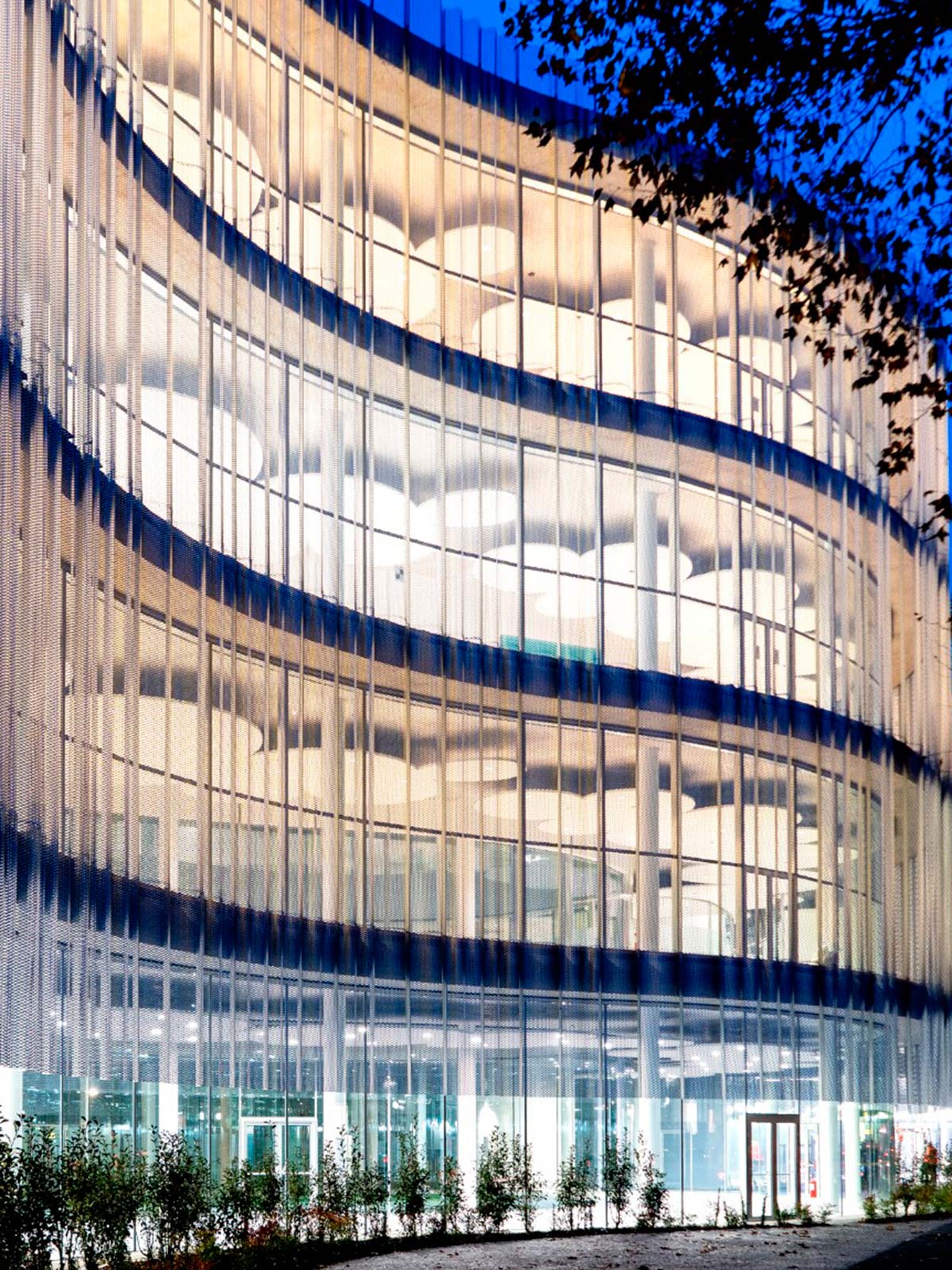 The aim of the Japanese architects Kazuyo Sejima and Ryue Nishizawa, who won the international competition held in 2012, was to create an organic whole in terms of forms and continuity, based on the dichotomy of closed and open parts, and the reinterpretation of the courtyard typology with porticos. With light facades, pale and permeable to natural light and the outside world, the buildings have elliptical forms that turn to create inner courtyards connected to each other by pedestrian walkways protected by a system of portico/canopies, while the outer perimeter faces towards the city and the park. 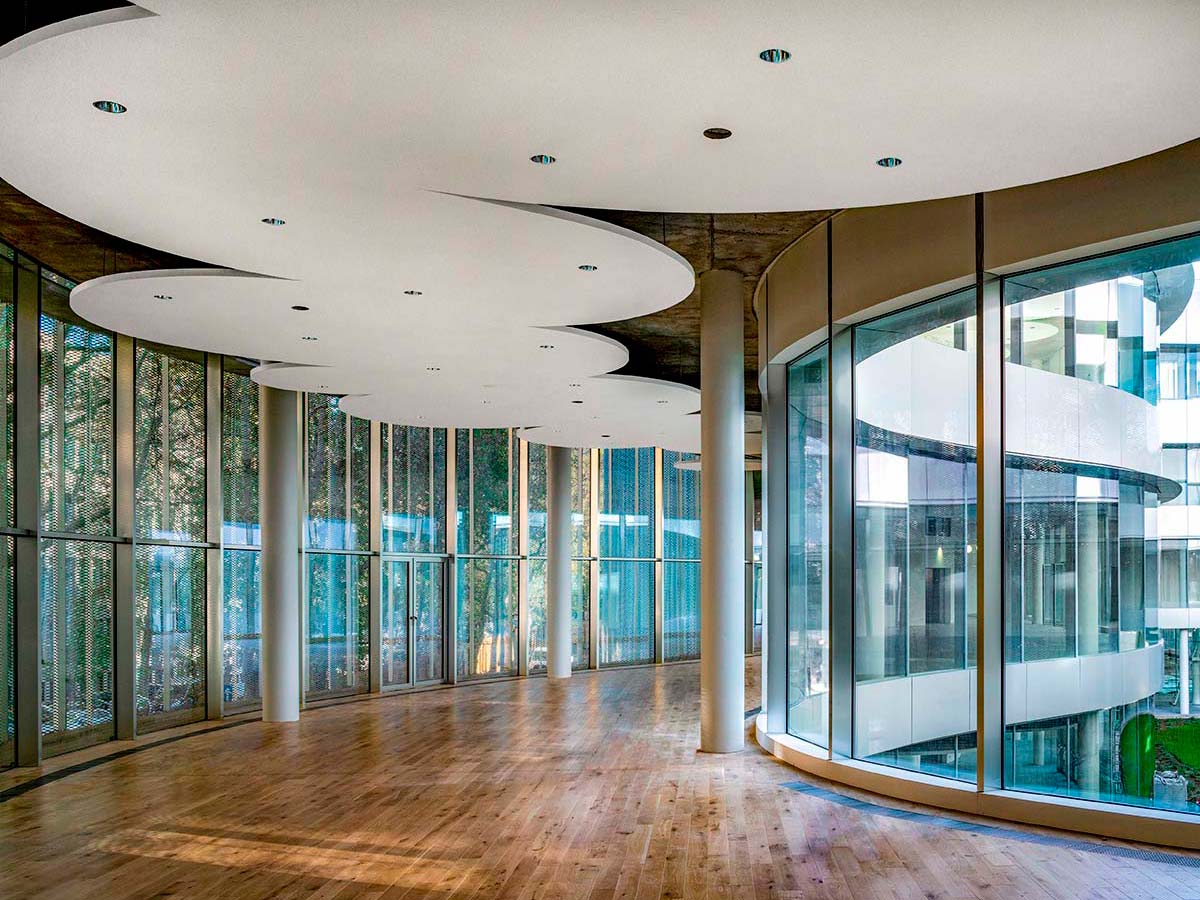 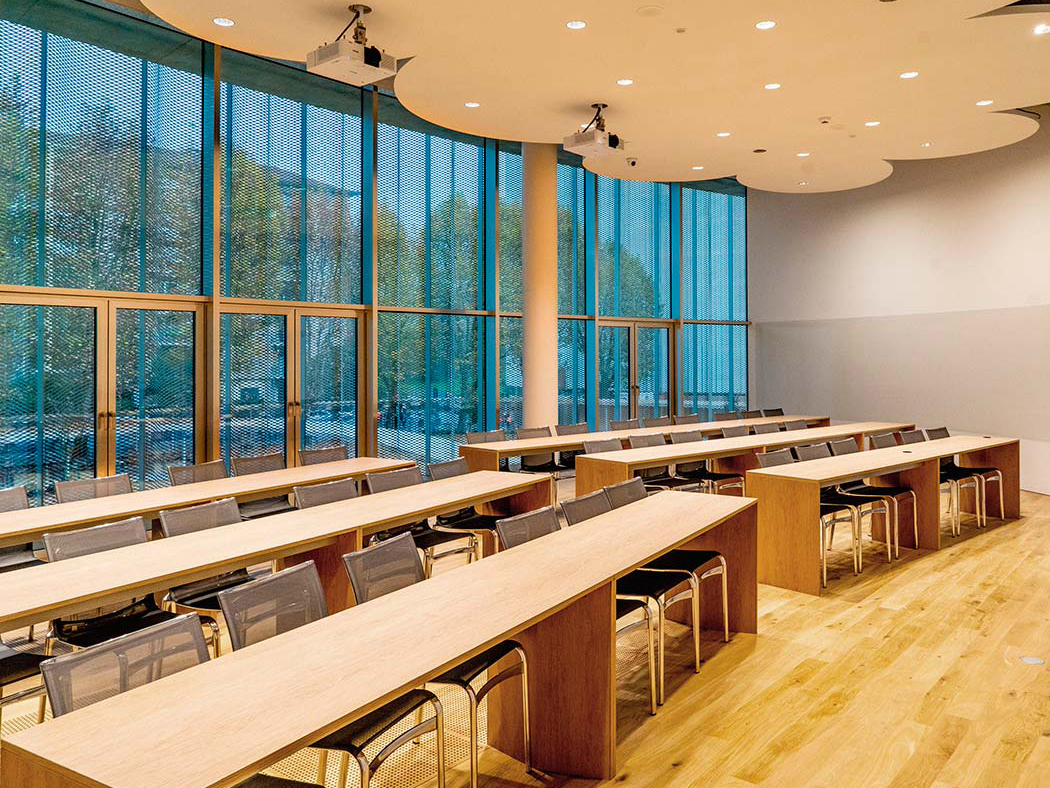 The homogeneity and coherence of a constantly growing campus, in open dialogue with the city, is pursued not just with the internal osmotic connections between the individual buildings, but also more generally connections to the surrounding urban context, where continuity is ensured by the pedestrian status of part of Piazza Sraffa, and by the green axis planned between Parco Ravizza to the east and Parco Baravalle to the west, all the way to the Park of Industrial Memory in the ex-OM area to the south.

The system of solutions deployed to achieve environmental sustainability in the entire complex is also coherent and functional: from energy self-sufficiency on an annual basis thanks to roofs equipped with high-efficiency photovoltaic panels, to the use of heat pumps and cooling units to balance the thermal requirements of the different buildings; from the absence of harmful emissions to the use of water from the Ticinello, withdrawn and replaced; from an enclosure of the buildings with high energy efficiency – an initial external skin in drawn anodized aluminium sheet, and a second thermal break layer in glass and aluminium – to an advanced system of automatic lighting control covering all the spaces. The plantings favor native species already present in the adjacent Parco Ravizza, including oak, white hornbeam and black poplar. 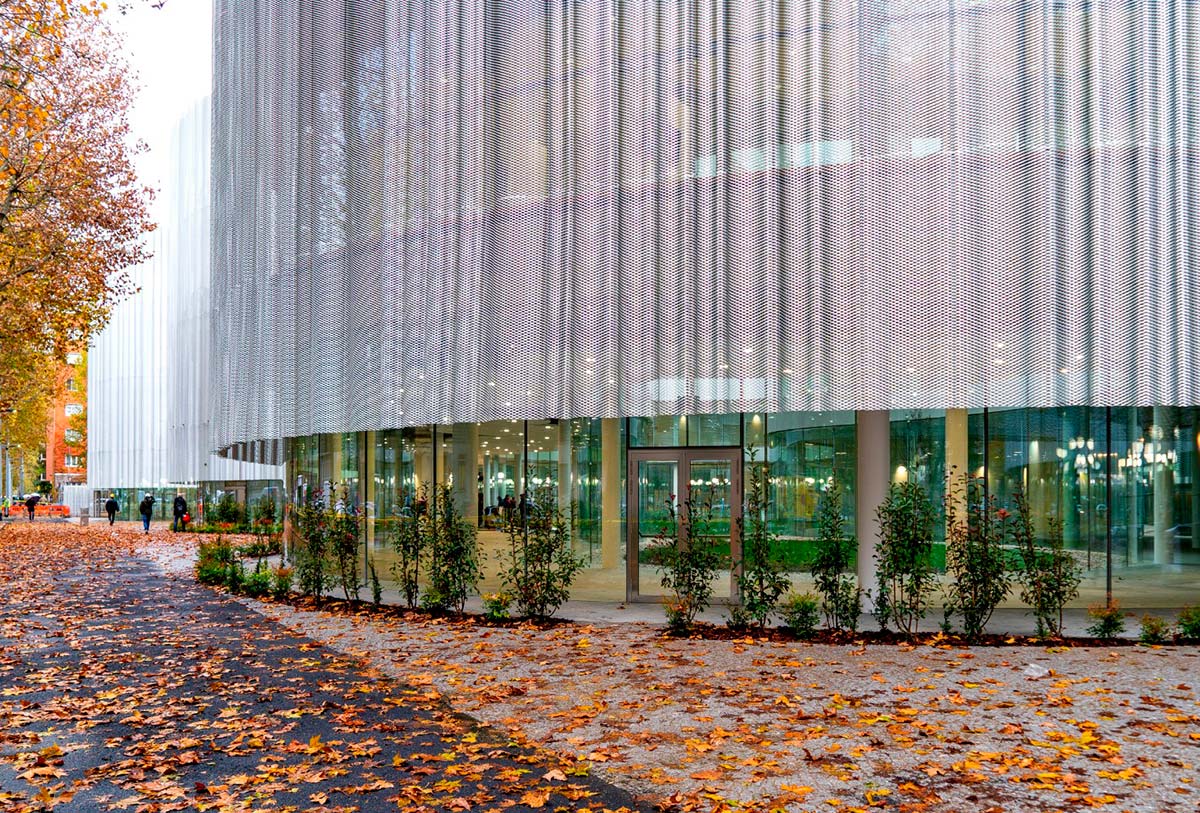 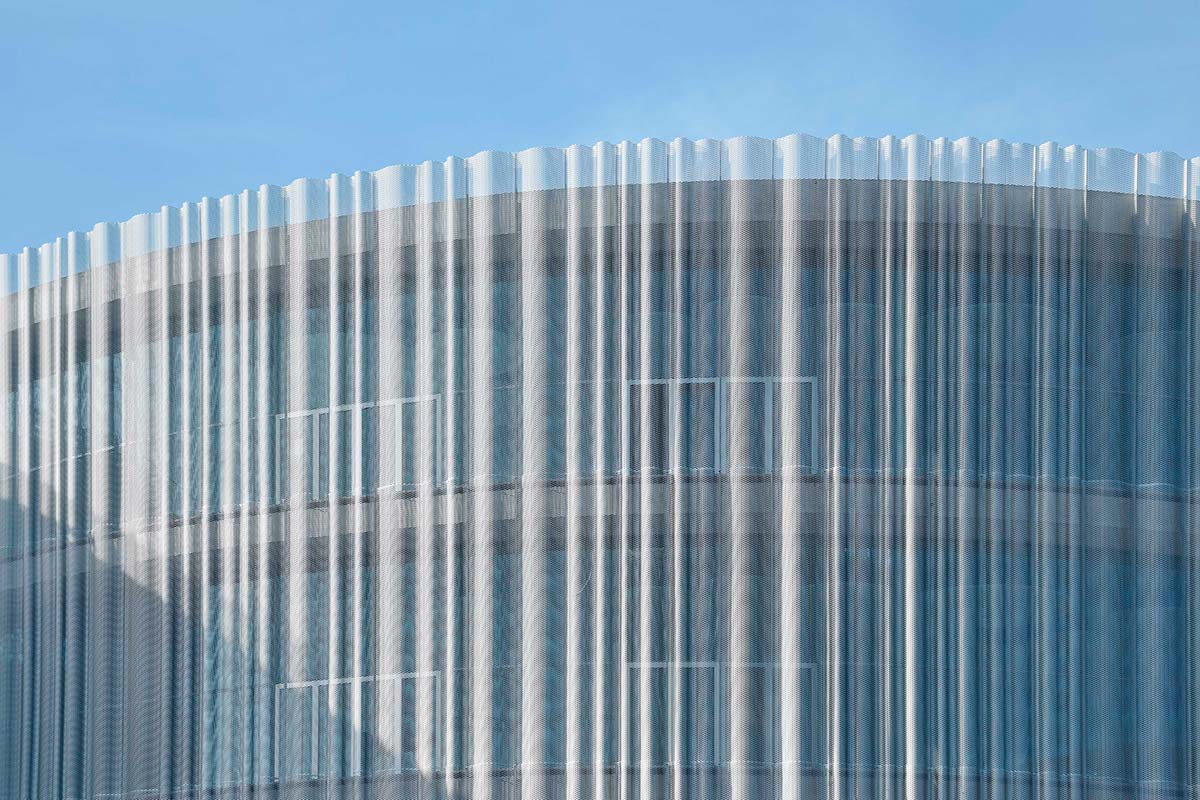 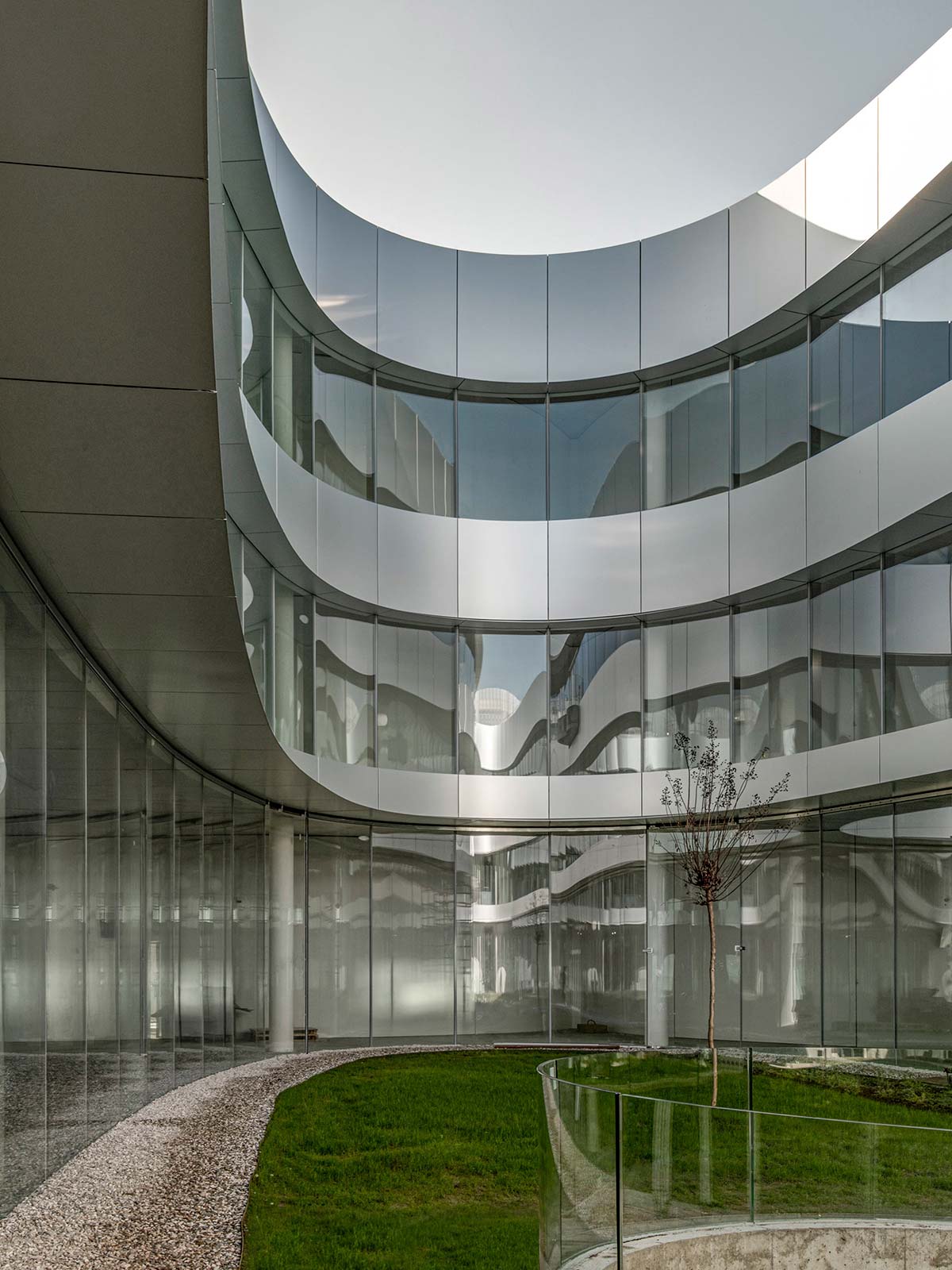 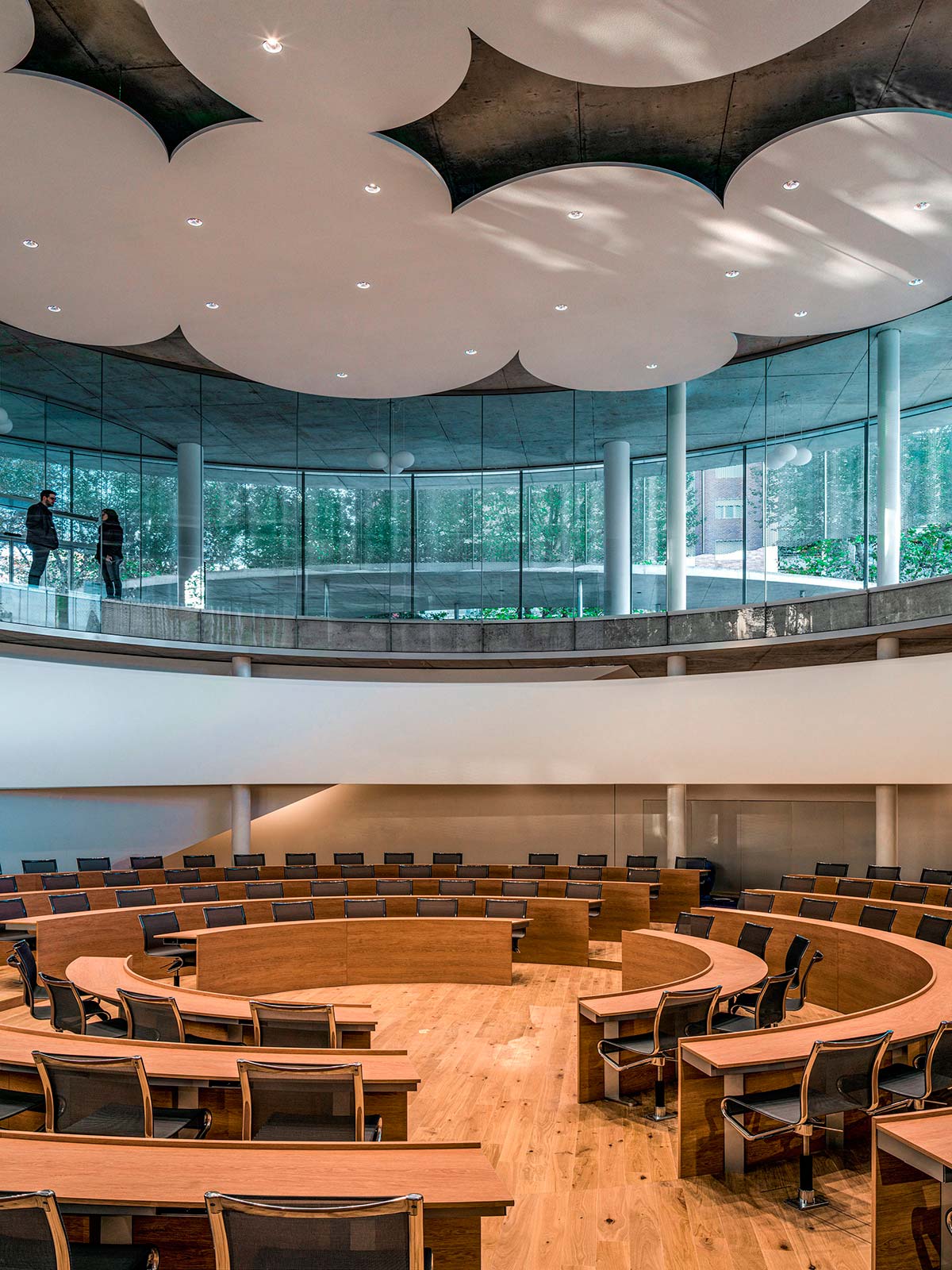 In the heart of campus

The gentlemanly spirit of Ceccotti

Snøhetta on the cover page of Le Monde