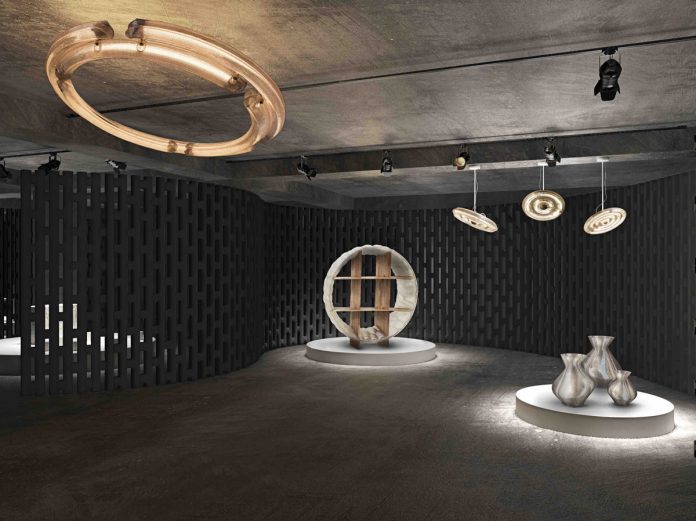 From the 20th to the 23rd of September, London Design Fair returns to the Old Truman Brewery in the heart of East London, for four days dedicated to the world of design and creativity. The Fair will showcase 550 exhibitors from 36 countries, established brands but also independent designers, with more than 28,000 buyers expected. An appointment not to be missed to discover the latest trends, products and innovations.

Among the highlights of this edition, the presence of Japan as the Guest Country, which is transforming a gallery into an immersive and interactive space. Making its return is Material of the Year, the initiative that aims to explore materials from an experimental perspective, this year dedicated to plastic. Across the whole planet, microplastics are poisoning the soil and synthetic chemical substances are damaging the biosphere, foodstuffs and drinks. That’s why London Design Fair is acknowledging the urgency of investigating possible green ways forward for this controversial material: four designers – Dirk vander Kooij, Charlotte Kidger, Kodai Iwamoto and Weez&Merl – are demonstrating the infinite number of ways of reusing plastic, transforming it into new and unusual results. Weez&Merl, for example, created their studio in Brighton to reduce the quantity of plastic going to the waste dump.

Specialising in low-density polyethylene, commonly present in paper bags and bubble wrap, the studio has developed a method of melting down and reshaping plastic to create a resistant material with a marbled effect that can be transformed into coasters, tables and other items, using the techniques of processing wood. Kodai Iwamoto was born in Kagoshima in Japan and now works in Tokyo: he had adapted the technique of glass blowing to PVC tubes, widely used in piping. He obtains vases that can vary based on the shape of the mould, the pressure of the air applied and the speed with which the surface of the pipe is heated. The results are plastic works that come alive, to be admired. Among the featured countries, the Netherlands returns for a second year with Dutch Stuff: a selection of 30 designers, an array of the best of Dutch creativity, which includes REM Atelier, Earnest Studio and Studio Jeroen Wand. Sweden is also present with 13 designers brought together around a modular structure devised by Karin Sundberg. Finally, the British Craft Pavilion, dedicated to the English tradition, with 32 makers selected by Hole&Corner from among the best talent in the various disciplines.

The British version of Caesar