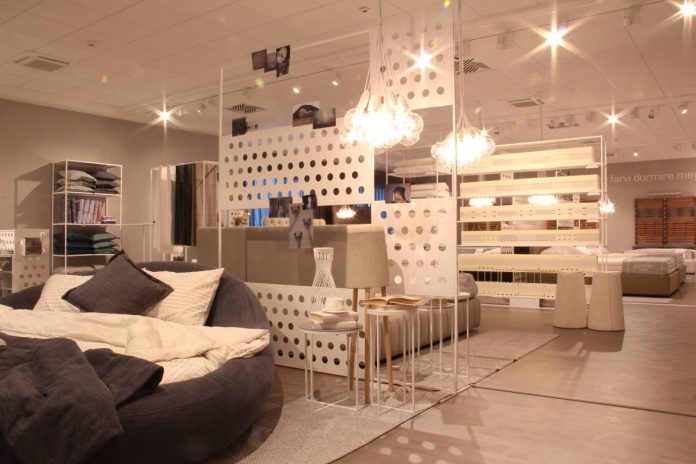 On the 1st of March, 1968, Pietro Bergamaschi (he was 20) and Diano Tura created, or rather invented, B&T Dorelan.  Self-financed and with the backing of someone they (rightly) trusted, they began to make and sell mattresses (the first cost 2,500 lire) in a 60 sq m garage, backed up with a concrete plan, great energy and a certain lack of awareness that often accompanies at the start of what later becomes a successful enterprise.

Quality was identified from the start as the core asset that would make the difference, along with speed in responding to a market that, in the seventies, had become used to delivery times that were not exactly like lightning, in order to achieve constant growth, adding something new each year to become the organisation it is today.

In 50 years, Bergamaschi and Tura built an “empire of restful sleeping” through a formula bringing together technology, human resources and a visionary approach as the indispensable elements in a sector that now numbers more than 800 manufacturers, of which few (they can be counted on the fingers of one hand) have an industrial structure, all the others can be regarded as local.

At a certain point, making mattresses and cushions was no longer enough and doing it only for the Italian market (the Bed in Italy, as it was called) even less so: in 2002, Dorelanbed was created, the complete night system offered to the trade as a franchising opportunity, and the company extended beyond national borders. Now there are 75 single-brand stores in Italy (the last one opened in Florence these days) and the company’s turnover has taken off, reaching 43 million euros in 2016 (more than 10% of the Italian turnover in the sector).

A major new headquarters (clearly visible from the motorway, Pietro Bergamaschi likes to point out), 55,000 square metres of production lines, materials and top secret processes, with a trademark registered throughout the world, partly as a result of the decision to involve renowned designers for new products: Odo Fioravanti and Ilaria Marelli designed the first collection in 2009 for a “global night system” that involved forms and colours, fabrics and accessories.  Since then, the designers who followed have been well-known names in the circuit: from Enrico Cesana (who became Art Director of Dorelan) to Metrica and the latest proposals from Giulio Iachetti.

The power of advertising was part of the credo of the two founders and the first major campaign came in 2000.

In parallel, the company began to make inroads in the contract sector, which today represents more than 25% of the overall turnover with hundreds of partners around the world, including in such a difficult sector as maritime, where agreements have been forged with Costa Crociere and MSC.

Dorelan’s expansion into residential and hospitality made its mark on the main international markets, from Europe to Russia and the Far East, from the Middle East to China, and finally the USA with an even more convinced and… convincing team.

Studio C Milano for the God Save the Food