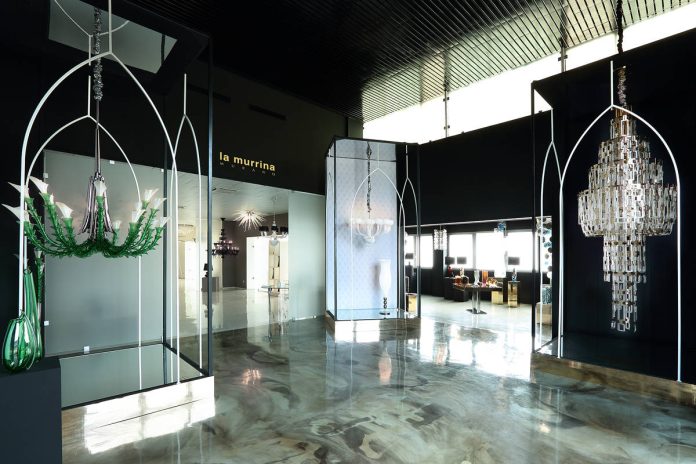 One year shy of its 50th birthday (the company was founded by three artisans in 1968 and came under Ceriani family in ’74), La Murrina is back at the starting block of the global market race with renewed expertise, strategies and products which have already found favour among designers and investors of the hospitality world.

This change has come with a fair share of difficult moments, indeed in the words of the company’s General Manager, Simone Ceriani: after a few years of silence in the media world (which, it must be said, never failed to report on the company’s numerous creations), the time has come for a relaunch “comme il faut”.

Over the years La Murrina has enjoyed exponential trade growth (a staggering 220 points-of-purchase on national territory), however the crisis which began in 2006 led the company to assess and implement a profound revolution in 2009, re-writing objectives and energetically launching onto the contract sector. Numbers bear testament to this new development, as today this market generates the most significant chunk of company turnover.

La Murrina is skilled at designing new and customisable products. The company has focused intensely on the historic appreciation of hotellerie operators for the culture of Murano glass, coupled with a need for flexibility in developing large-scale projects, the introduction of new materials and a rigorous target price policy which positions the brand at the summit of quality luxury.

A renovated showroom at the Turate headquarters and new collaborations are set to boost performance during the last quarter of 2017: the company is determined to continue full steam ahead. Collaboration with the lighting designer Adriana Lohmann (born in Brazil, she has gone on to develop an international career, even touching on the fashion world), has culminated in Belle Epoque, a dynamic chandelier, of great visual impact, characterised by vintage references, exuding a geometric and contemporary mood.

The designer Federico Visani has created Eva for La Murrina, a floor lamp and chandelier with strong references to nature and its origins: the tears of Eve from which a Calla lily blossoms, whose forms behold the lighting bodies of Eve.

Two different products which bear testament to the declaration of eclecticism and modernity within tradition, which La Murrina wishes to express as it turns 50.

The debut of Richard Ginori at Salone del Mobile

Rigor and comfort in the new Turati Boiseries project

Visionnaire explores the color along with Chroma