A coworking space full of unconventional energy, where stereotypes and clichés are not allowed, it is conceived to be a stimulating space for creative and artistic disciplines. A creative capsule concept that offers three meeting rooms, terrace, kitchen, phone-booths inside, tranquility and green areas outside. 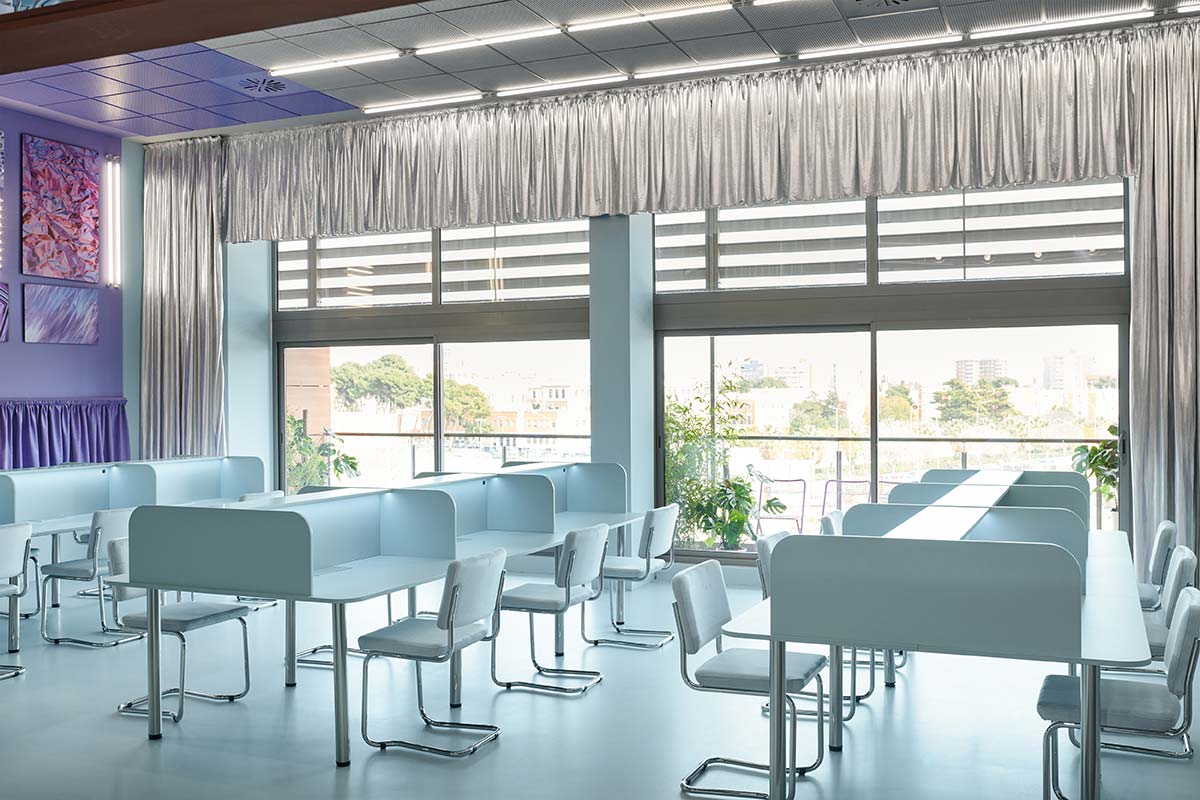 A clear, ironic wink to the past, as if in a time machine, can be seen with designer furniture full of velvet and 60’s vibes, an interior that brings retrofuturistic look to the present. 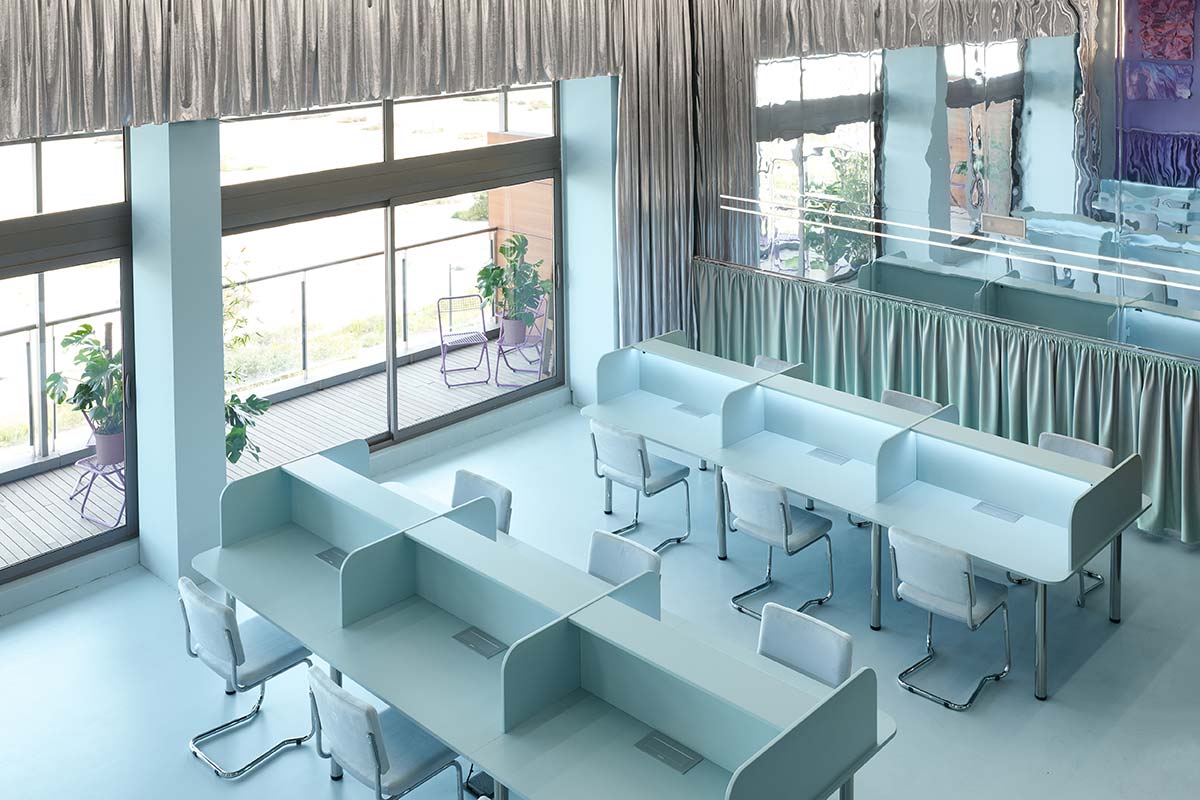 Last but not least, a reference to Playtime by Jacques Tati is to be highlighted with its representation of Paris from the 60/70’s. The main character at one point of the movie has a meeting in an office full of Cabinettes that are presented like a labyrinth in which he gets lost, ending up in a furniture trade fair. 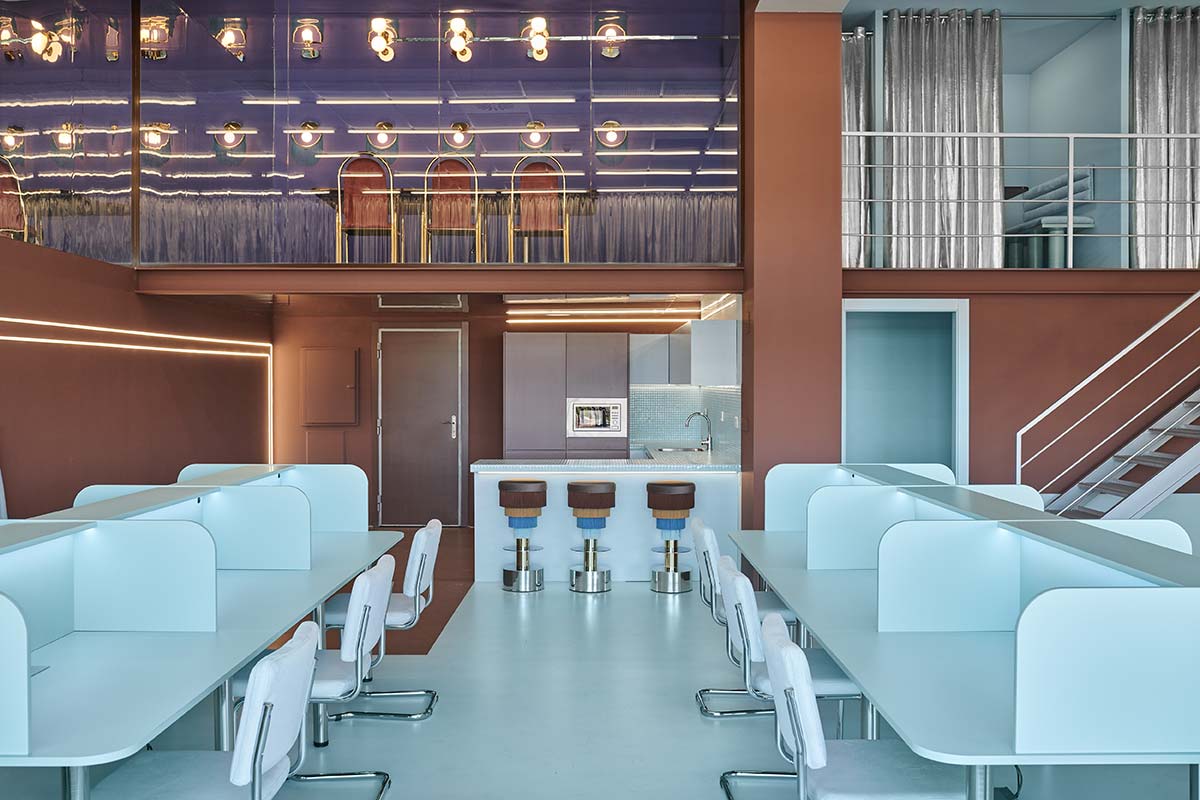 The colorful creativity by Masquepacio hosted in Milan

Do you have a startup or a business? Wager on the future

A campus brimming with colour

His house Her house