Introverted observer, inclusive and generous, the word strategy does not live with his soul, a designer who sits side by side and never in front: IFDM has discovered the sides of the Ragni range with a conversation rich in design, desires and simple everyday life.

Are you more conceptual or more concrete?
I feel concretely conceptual. I don’t think I am one of those people who do things first and then understand them later. I try to find a meaning in my action. Rather than being conceptual, I like to experiment, and I don’t think I have a definite philosophy. Every project always has different points of departure and arrival. I look for motivations that are not necessarily about form. I have always started by seeking a narrative, then arriving at the object.

Are the telescopes for the 150th birthday of Campari a good example?
Yes. My initial idea was to offer “a look into the future” rather than to commemorate 150 years of the past. The telescopes (which were Campari bottles on a scale of 10x) represented gates through which to ideally gaze into the future. So I was reversing the concept of celebration to move forward.
My work is like a slingshot – the more you go into the past and pull the elastic, the more you can reach the future: it is a metaphor I always have in my mind, and my thinking is always for the company, not the product. I like to work side by side (not in front) with entrepreneurs, and when it works it works very well.

Designer as a calling?
In high school I wanted to be an architect, I looked at everything in silence. Later I understood that the mantra of Bruno Munari, “observe at length, understand deeply, then act in an instant,” pertained to me, so in the end I became an architect. I would have liked to design skyscrapers, but in the end the first object that brought me some recognition measured just 4 x 8 cm (the Moscardino, Compasso d’Oro award in 2001 with Giulio Iachetti). 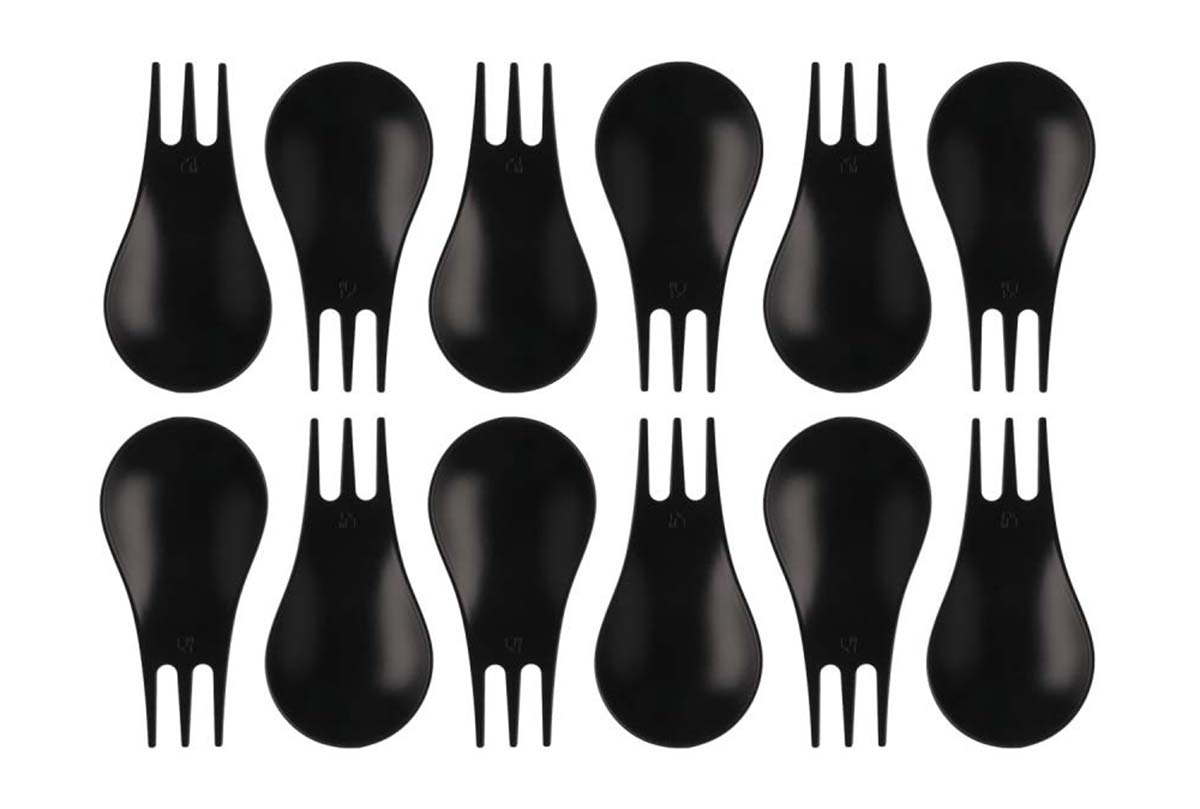 Let’s get into your work as an art director: what did you take away, and what did you lose along the way, in your experiences with art directing?
I look for companies that are hungry, but don’t really know what they can eat. I like to get my bearings by learning about their DNA in greater depth. Many companies choose an art director as a sort of brand, and in this way their spirit disappears, and only that of the art director remains. I’m just the opposite. When I come to terms with a company I try to learn their dialect, their codes, what makes them distinctive. I try to make a contribution while remaining in an undercurrent; I don’t have a recognizable style and I am not interested in having one.

Have there been surprising or unexpected experiences of art direction?
Definitely with Paola Jannelli (Jannelli & Volpi), with whom I began to work on a Fuorisalone event for the company’s 50th. After that, for a number of years I worked with her for the Fuorisalone: it’s a story with a happy ending, today we have no professional relations but we are still friends, and the human interaction is very positive.
Campari was a fantastic experience: in 2009 and without knowing it, I was selected as the young designer to commemorate 100 years of Futurism. I had an interview where they asked me to show them my portfolio; of course I hadn’t brought anything with me, and I told them that what I had done in the past had no relevance to what I could do for them. They hired me, and we did not part ways until 2013, after also creating quite of bit of jealousy among colleagues.
With Fantoni the collaboration began somewhat by chance, and it grew like a slow tidal wave. In 2013 I had created the Milano Design Factory project for them, in what is now their showroom on Via Santa Sofia in Milan (it was empty at the time), a sort of workshop for young designers in the year of the Expo. In my mind, it was supposed to be a sort of nativity scene, with designers who brought their productions. We invented the Lunches in the Dark where I invited people into the world of food and communication, people I didn’t know and who didn’t know each other, and then it was all mixed with design. It was a great experience.

Today there is the Twils project. How did that arrive, and why?
Twils is a company that struck me for its courtesy, for the very short distance between saying and doing in a saturated sector, full of offerings, where expressions like “a bond with the territory” and “Made in Italy” are often abused. It was this courtesy, reflected in the genteel character of the products, that attracted me. I say a potentially interesting path. Twils has also had the courage to stay with me in the idea of putting the Polet by Castiglioni into production, a project forgotten for over 30 years that can have a lot to say to us today.

Alpi, Abet Laminati, Pigna and Jannelli & Volpi – you seem to be attracted to 2D companies. How can you approach a sector that does basically flat things?
I’ve always been very interested in the design of surfaces. Precisely with Paola Jannelli, I approached wallpaper, something new for someone like me who has always believed in minimalism and essential design. But I understood that I had to risk it, and I got absorbed in the creation of graphics and patterns, an interest I later developed with Alpi, where I was given free rein in the construction of the new collections.

Matteo Ragni & Giulio Iacchetti: what kind of exchange gets activated?
We crossed paths at the Polytechnic, and then we met again. From 1997 we worked together, leading to two Compasso d‘Oro awards (Moscardino in 2001 and the Montini manhole covers in 2014). Even today, when we both have our own studios and lives, we are often in touch. Our discussions can be very rough, and the pleasure of being together and working together has remained intact – in fact, we both work for Abet.

Along a line between designers who want to make interiors and those who want to create objects, which side are you on?
The character of the designer is to be eternally dissatisfied. It’s a role in which you often change your job. I have training as an architect, with an aspect of humanism, and I don’t feel like a product designer. The product is the tip of an iceberg that extends into the invisible parts, which support and need support. It is important to work not only on fame, but also – perhaps above all – on the respectable reputation you can build over years of work.

Were you to come up with a gift for Matteo Ragni who is about to reach the age of 50, what would it be?
I’d like to take a trip all around Italy on a sailboat, alone of course. This too is a project, naturally, and the wind is a very intriguing theme.

Any secret dreams?
I’ve got three of them: to be an ice cream maker, to design a hotel and Wind of Change. Ice cream… requires no comment. The world of hospitality – which has always appealed to me – I am now exploring through an agreement with the Swiss chain Mövenpick for a pilot suite. The progress is slow, but we’re getting there. Wind of Change is a project of mine along the lines of the Lunches in the Dark, to organize short sailing trips with people of various backgrounds who do not know each other, to understand together where the wind will take us, with a shared agreement: whatever is said on the boat stays on the boat.

Dubai 2020: all you need to know about Expo… and beyond