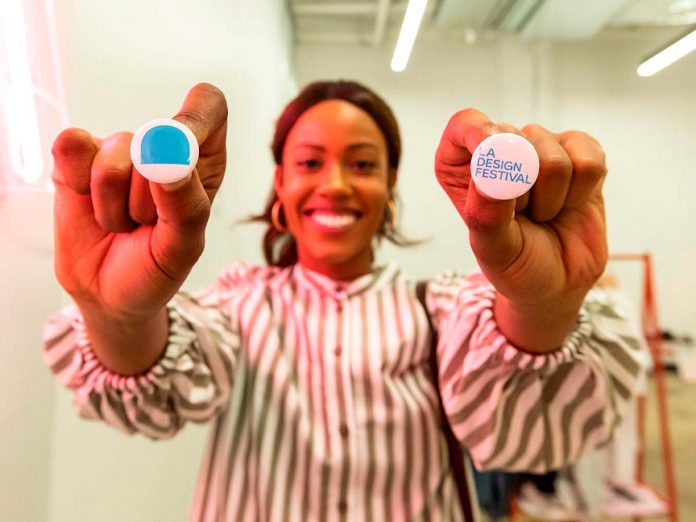 Joining the ranks of design festivals next that have had to embrace a virtual format is the Los Angeles Design Festival taking place from Thursday 24 September to 27 September. Other events have already helped show organizers what works in the digital space, and what might even be better about this new format.

“The silver lining of going virtual is that you don’t have to physically be in L.A. to experience the festivities this year,” says founder Haily Zaki, who first launched the LADF in 2011. Since its early days, the audience has expanded to a diverse range of design professionals, hobbyists, and fans throughout the L.A. region and beyond. Now for its tenth round, “we’ve got events hosted by participants in New York City, San Francisco, London, Brighton, Vancouver, and parts in between.”

The LADF has been physically based at downtown L.A.’s sprawling historic ROW DTLA complex in recent years. At this location, vitrine installations such as INTRO/LA will be viewable both as a virtual tour, as well as open for limited, socially distant in-person visits. Design-centered online talks, studio and site tours, and other programming, such digital tours exploring the history and future of Los Angeles design and architecture, and the Awards Night and Design Block Party, are free to registered guests.

Writer and radio host Frances Anderton will be the recipient of the ICON award, and will be in conversation with LA Más founder Elizabeth Timme as the keynote talk event on Thursday, 24 September. “We’re also fiercely proud to feature some serious future-forward female power this year,” Zaki notes. Other honorees this year are  illustrator Monica Ahanonu, furniture designer Stephen Kenn, artist Lucy McRae, and ceramicist Eunbi Cho.

LADF isn’t only making the most of current circumstances, but is taking this opportunity to think big picture about how this moment will impact the design and architecture world moving forward. “We have a bunch of events for the digital native now that we’re clearly in an era where the virtual experience is vital to creative expression,” Zaki says.

The first edition of Design Helsinki

The fairs we expect

Business and culture at Downtown Design