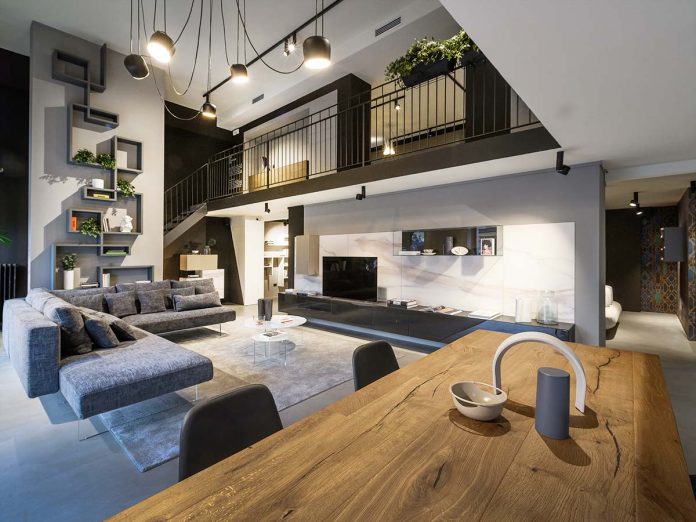 Another opening for Lago. After the update of the Appartamento Lago, which has become Lago Contract Lab MAD051 Materials, in November the design trademark opened a space in the futuristic Porta Nuova district in Milan.

Located at Via Galileo Galilei 14, Lago Store is the second monobrand facility in Milan after the one on Corso Lodi, and it marks the 15th venue in Italy. Conceived as a true apartment, the space presents both bestsellers and new developments first shown at the latest Salone del Mobile.Milano: from the kitchen to the living area, the bedroom to the bath, in this new store it is possible to design your own home thanks to a retail formula that presents total living solutions.

The Lago Store has an area of about 250 m2 and has been organized to display the latest version of the XGlass finish and the new kitchen project. The innovative material launched at the 2018 edition of the Salone is a glass that can be digitally imprinted with an image: this pane is then used by the Padua-based company to produce various articles that make a sense of surprise their strong point.
The aim of the new space is to demonstrate the ability to design versatile settings around the needs of the people who live in them, thanks to systems that harmoniously interact and create a sense of linguistic continuity.

Lago, which reaches a level of 40 million euros in sales at the end of 2019, opened 10 new stores in Europe last year, while also expanding on emerging Asian markets with 5 new locations.