Andrew Zobler, Founder & CEO of Sydell Group, explained from the soaring three-story, new NoMad Restaurant lined with some 25,000 vintage books. This setting in Las Vegas is the latest hospitality project to open from the Sydell Group, which he founded in 2005. (The company is named for his maternal grandmother who was an antiques dealer; Zobler would regularly travel to Europe with her on buying trips as a kid growing up in New York, and help staff her store). In this case, however, Zobler had to in essence help create a neighborhood. Sydell Group’s arrival in Sin City might seem like a counterintuitive departure, given its presence in urban centers boasting an eclectic and culturally sophisticated bent. Its portfolio of NoMad in Manhattan and Los Angeles, The Line in L.A., Austin and Washington D.C., Freehand in Miami, Chicago, L.A., and New York, and The Ned in London doesn’t exactly scream, “We should be in Las Vegas.” And yet learning about how and why Zobler — a former attorney who worked for André Balazs Properties, then served as a real estate developer on bringing the Ace Hotel to Manhattan before creating and operating hotels under his Sydell Group umbrella — wound up in the Vegas market, this professional narrative makes sense. 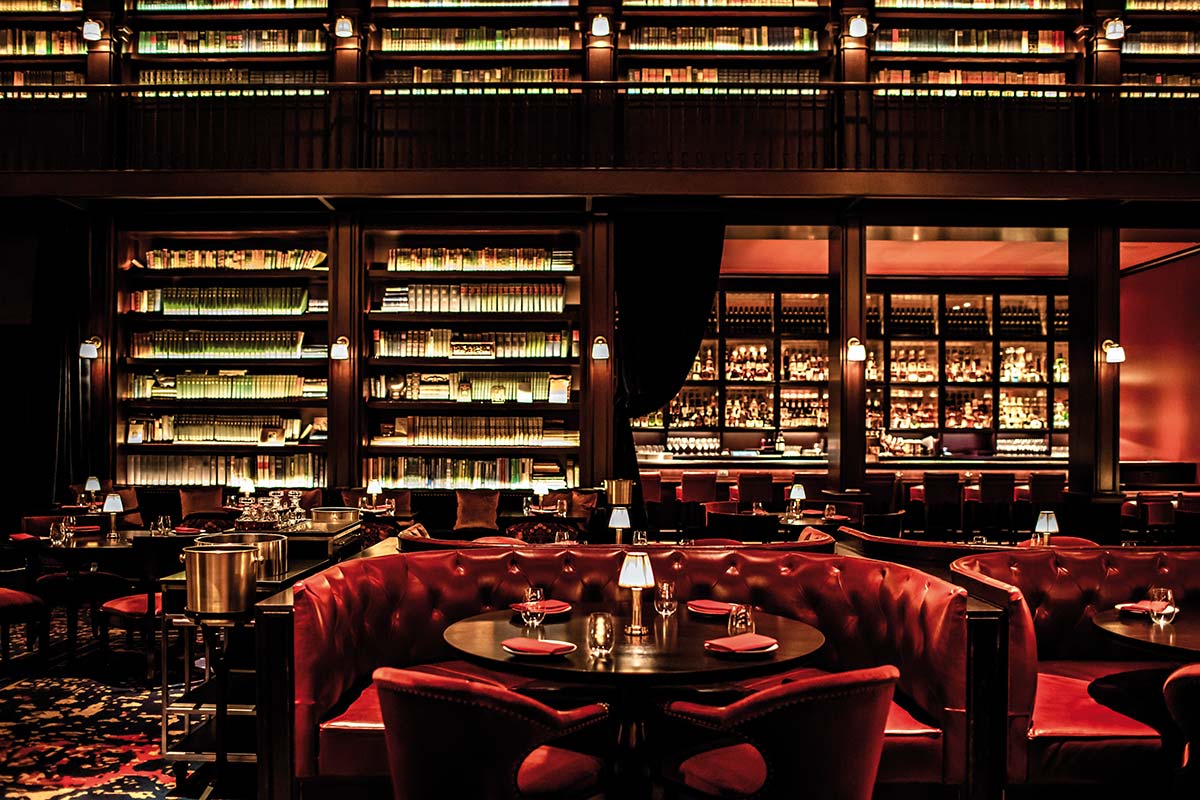 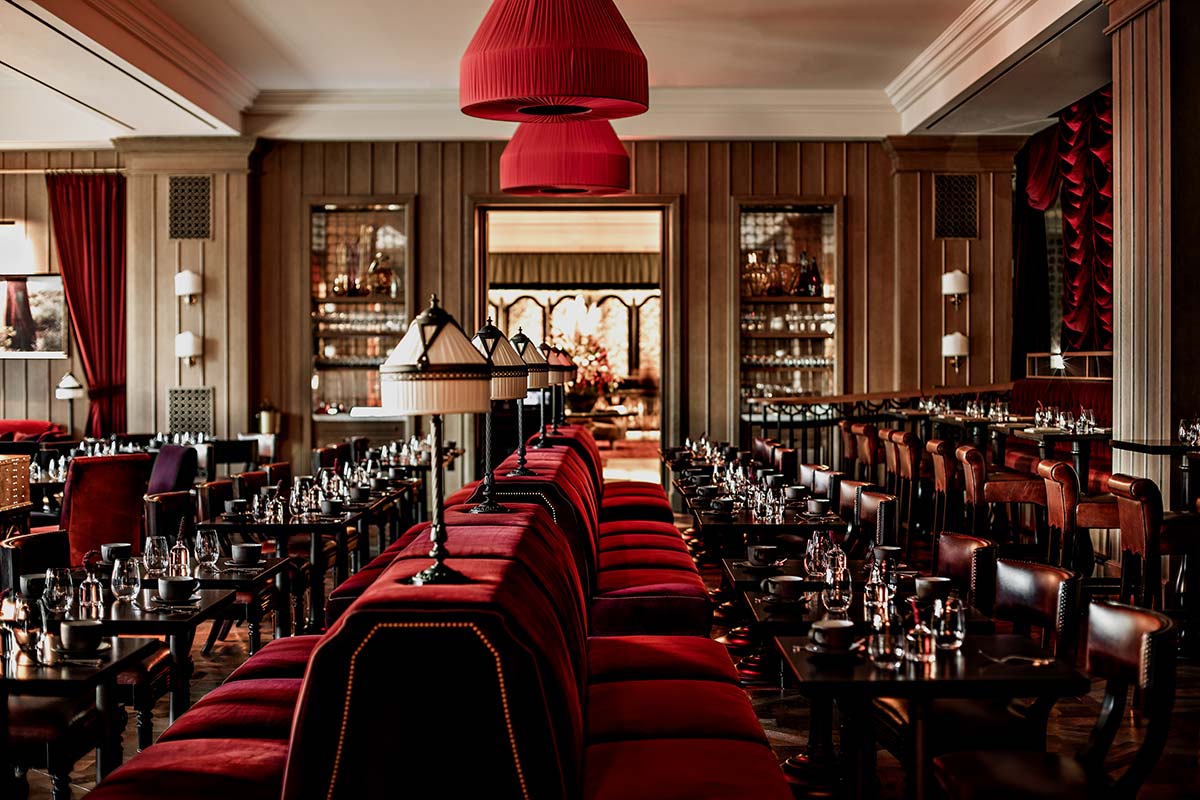 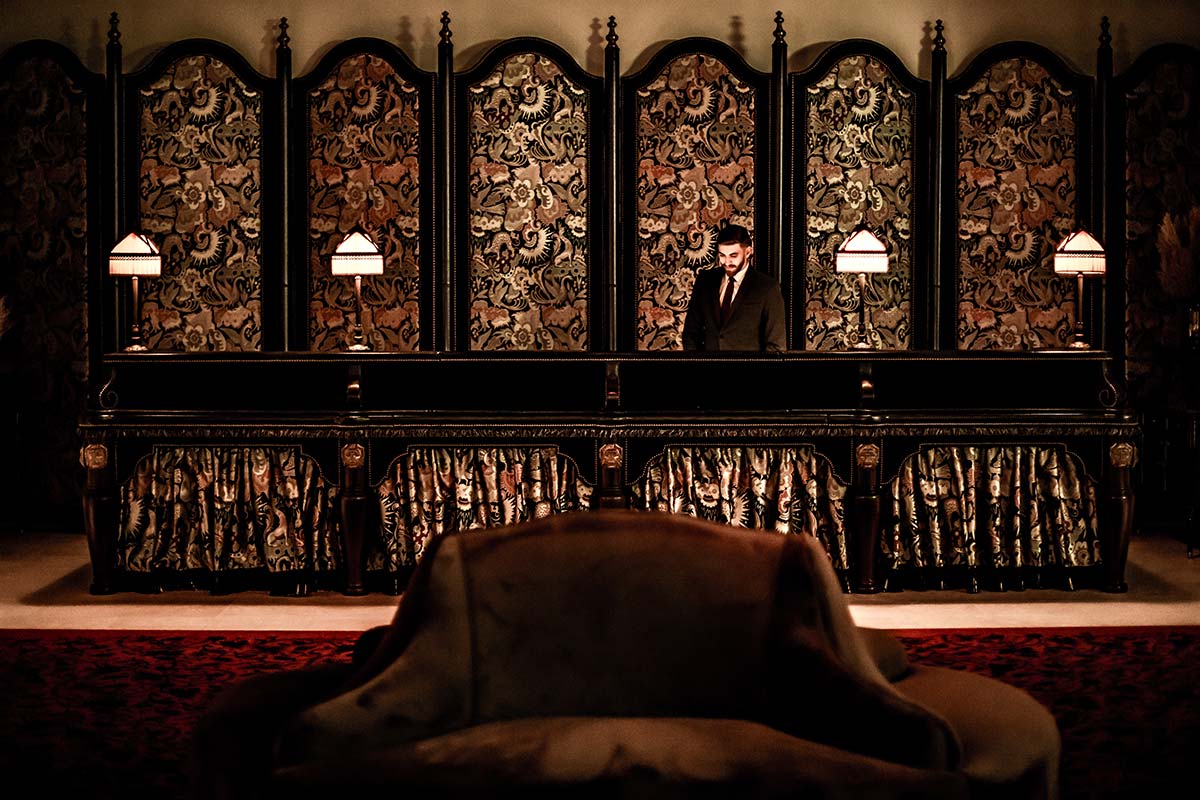 Sydell Group brings his vision of soulful hospitality to an exciting and surprising new location: Las Vegas. Tell us about the process behind NoMad Las Vegas and working with leading design firms, including Robin Standefer and Stephen Alesch of Roman and Williams, Commune, Sean Knibb, and Studio Jacques Garcia.
The 293 guest rooms at NoMad Las Vegas, plus its casino, meeting rooms, swimming pool, retail operation, NoMad Restaurant, and NoMad Bar are a resort-within-a-resort concept, a completely kitsch-free zone on the iconic Vegas Strip enhanced by the distinctive touch of Jacques Garcia’s luxurious interior design, and Daniel Humm and Will Guidara’s lauded Make It Nice food and beverage team. Sydell Group collaborated with MGM Resorts International on the $600 million rebrand and revamp of the building envelope and offerings within Park MGM (formerly the Monte Carlo Resort and Casino) to set a fresh, hipper tone. The Park MGM property contains another 2,400 guest rooms, plus venues such as the beloved Eataly Italian marketplace, Los Angeles chef Roy Choi’s buzzy Best Friend restaurant, On the Record nightclub, and the Park Theater, where sold-out crowds flock to see Lady Gaga perform.

Did you ever imagine you would be doing this?
Depends how many years you’re cutting back. I think what you’re asking is if I’m a big Vegas person. No, but not because of any good reason. I wasn’t especially focused on Vegas; it wasn’t in our plan. But I do really like the town.

How did NoMad Las Vegas and Sydell Group’s involvement with Park MGM come about?
Jim [James Murren, CEO of MGM Resorts International] started staying at the NoMad in New York and really wanted us to do NoMad here. So, we listened. I wasn’t especially interested in doing 300 rooms and figuring out how to fit into the rest of the project that we had no imprimatur over. We just kept talking and we really liked him. Culturally, it was a good fit between our company and their company. Frankly, I started to get excited about painting with a bigger, broad brush on a large scale. We obviously wouldn’t have done it without them because that would have been crazy. But one of the things that really intrigues me is, in some ways Vegas is way ahead of the curve, and in some ways they’re behind the curve. 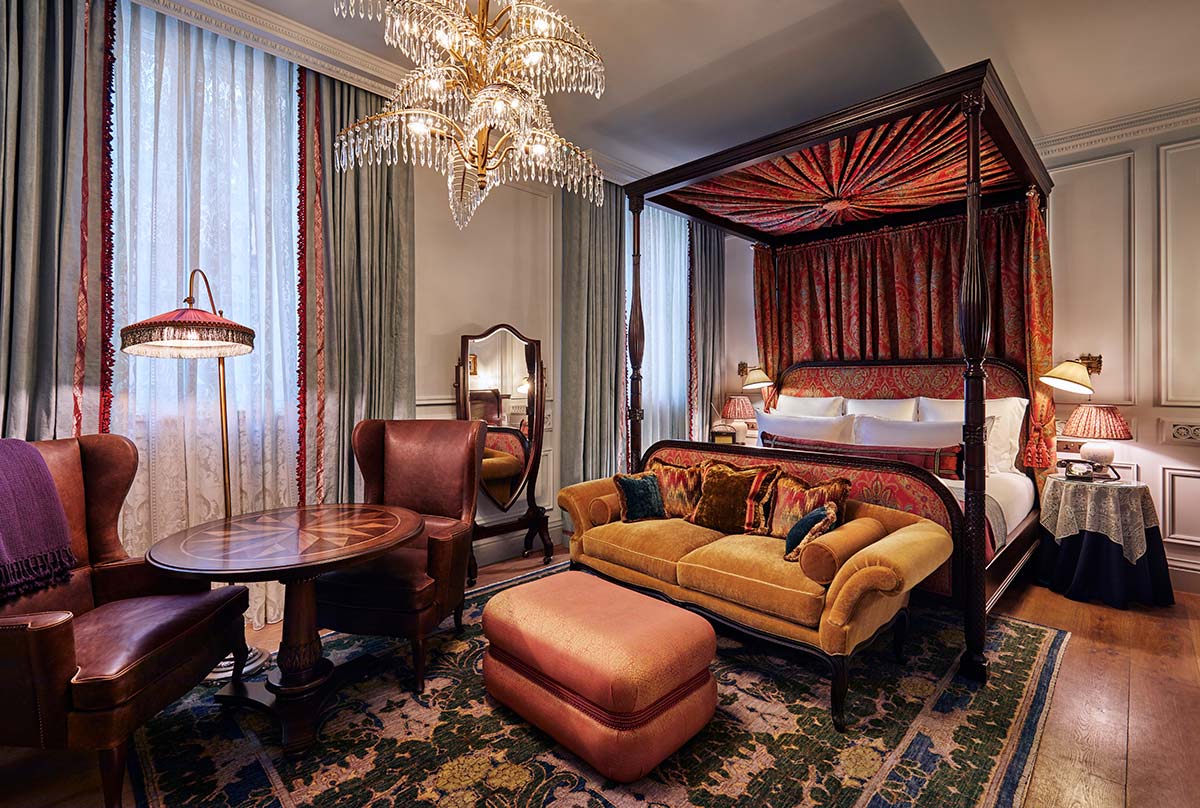 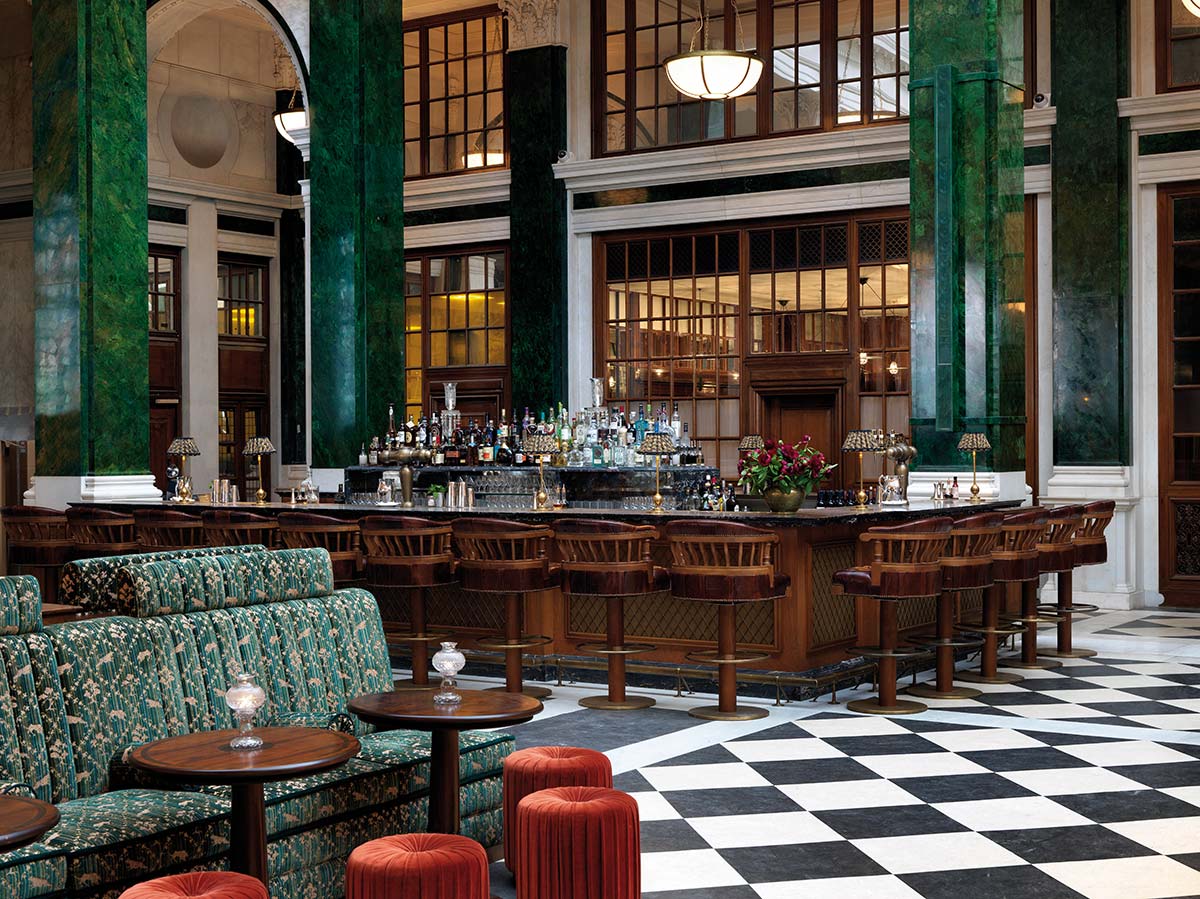 You mean you wanted to do a larger hotel with a soul?
What I mean by that is: I think there’s a big future in hospitality in larger hotels that have meeting space being more interesting, having more soul, having better food and beverage. Kind of what they do in Vegas, where they try to make it more entertaining and try to bring in great chefs and make these meeting houses more of a full-on experience. I like to think we do it well, but everyone is crowded into this space of 150 to 250 rooms. There’s a whole world out there of people who want a richer experience, so I like the idea of doing bigger hotels. We started to do it a little bit with The Line. The Line in L.A. is 400 rooms. Austin is 400 rooms. Probably our biggest property from an F&B and entertainment perspective is The Ned in London. It’s a big food and beverage-focused property.

So when you brought Jacques Garcia on board to do this project, how resistant was he?
He wasn’t resistant. Generally I find him lovely to work with. He’s very collaborative. The first NoMad we drove him crazy a little bit, because we edited like crazy his work. At the time, it was our first hotel that we really did on our own. I was obsessed with every detail in a way that I can’t be anymore. It was very involved. When it opened, it was so well received. He realized we created something really special. Any good professional will do their best work for a good client. The way you edit them, the way you push them. He was very good about it. 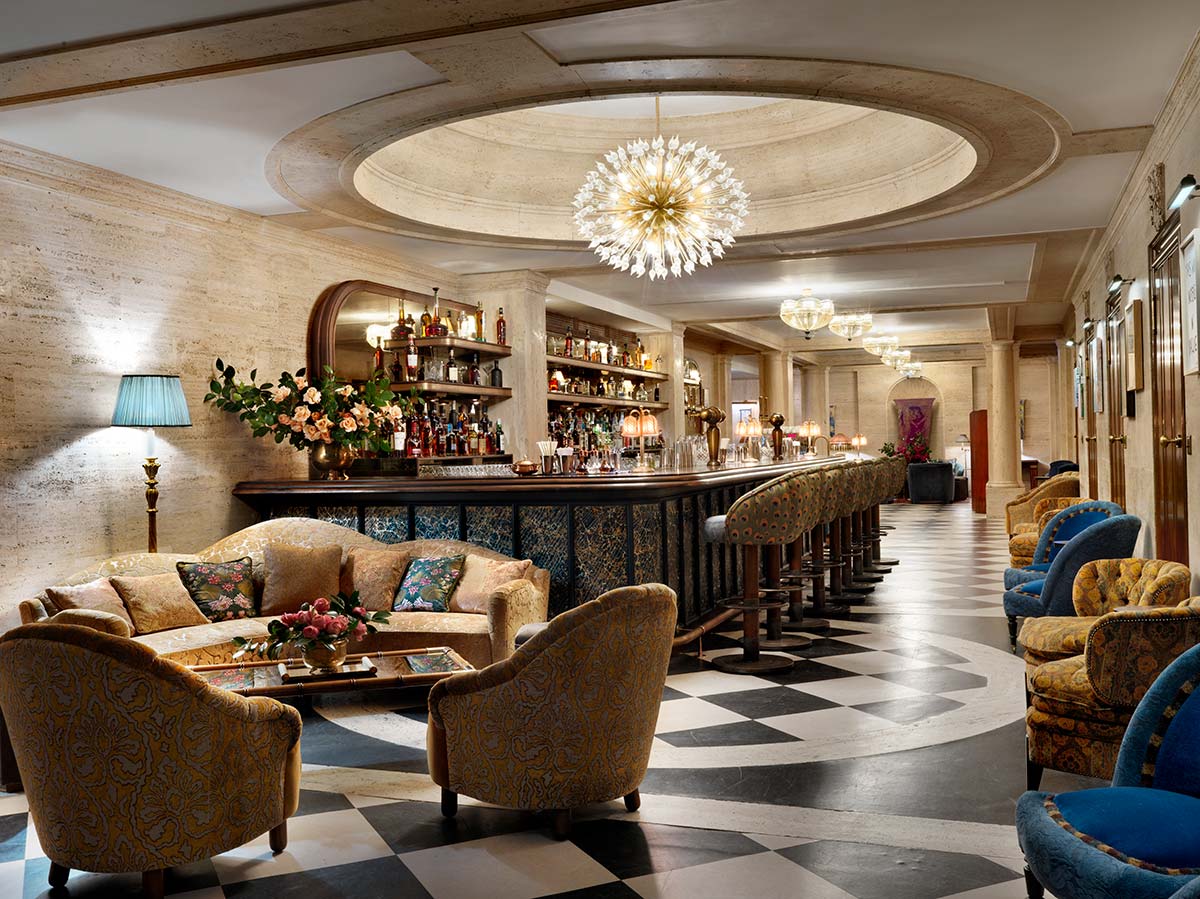 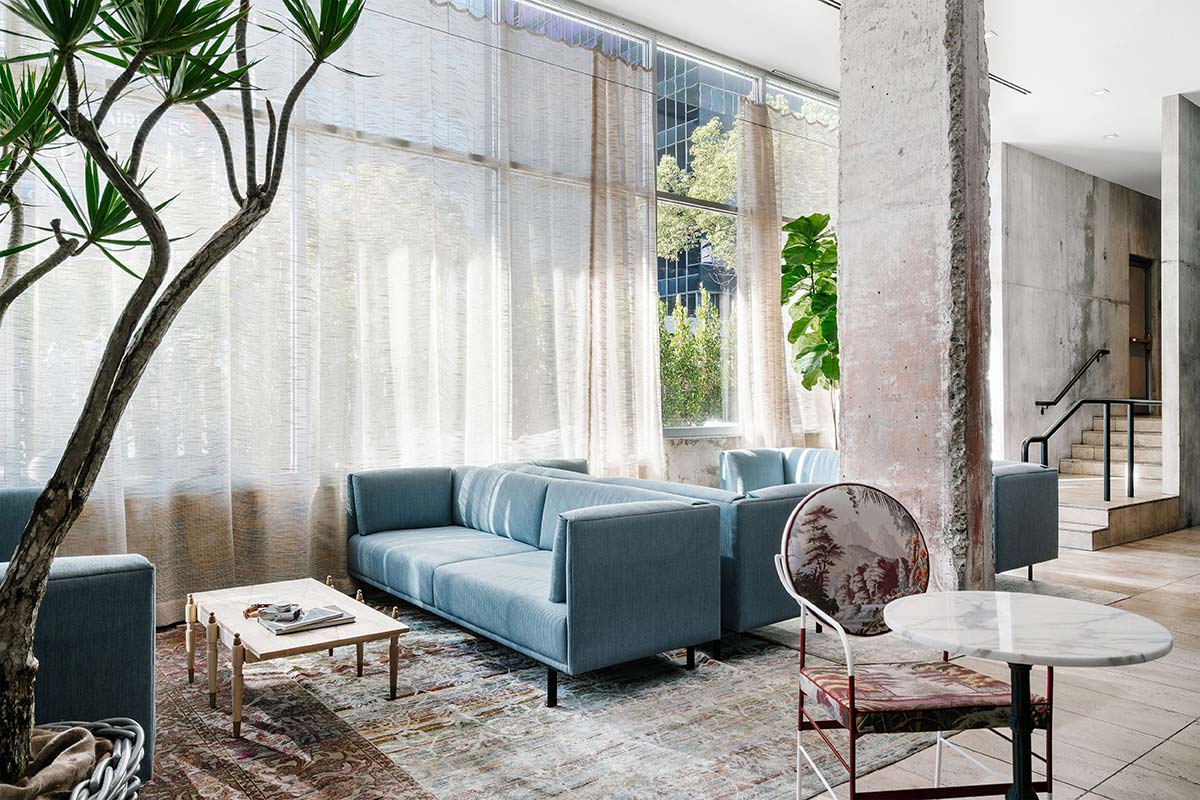 At what point did you feel like you were ready to take on a project this size?
If you look at what we did on The Ned versus what we did here in Vegas, it’s the opposite. Nick [Jones, the founder of Soho House & Co] knows London and design. Our job was, we built it, we put the money together, and he ran things off of me. And not to say we weren’t involved in the creation process, but we brought it in on time and on budget, and let him do his thing. Here, what MGM wanted was someone who was more of the creative partner. So they built it, and we did the work on the creative and vision side. We do what we need to do. We’re kind of chameleon-like. I think that’s maybe the secret of why we’ve done so many different things concurrently that are quite different.

So now that you’ve done this, can it be done in a market like, say, Dubai, or translate to other places?
I think there’s more to do here in Vegas, and we’re looking at doing larger hotels in non-gaming markets. I don’t know exactly what form it’s going to take but we’re definitely going to do some larger hotels with some soul. The next opening is June 2020 for NoMad London. Then probably in ‘21 and ‘22, you’ll see some more.

There seems like such a steep learning curve and so much adjusting to do after you open a hotel.
There’s a million things. Honestly, we would’ve failed miserably if someone had just given us a checkbook and told us to do it on our own. It was really working with MGM. They know this town. We brought in more than anything else our taste and worldview, and they helped adopt it to what works here. 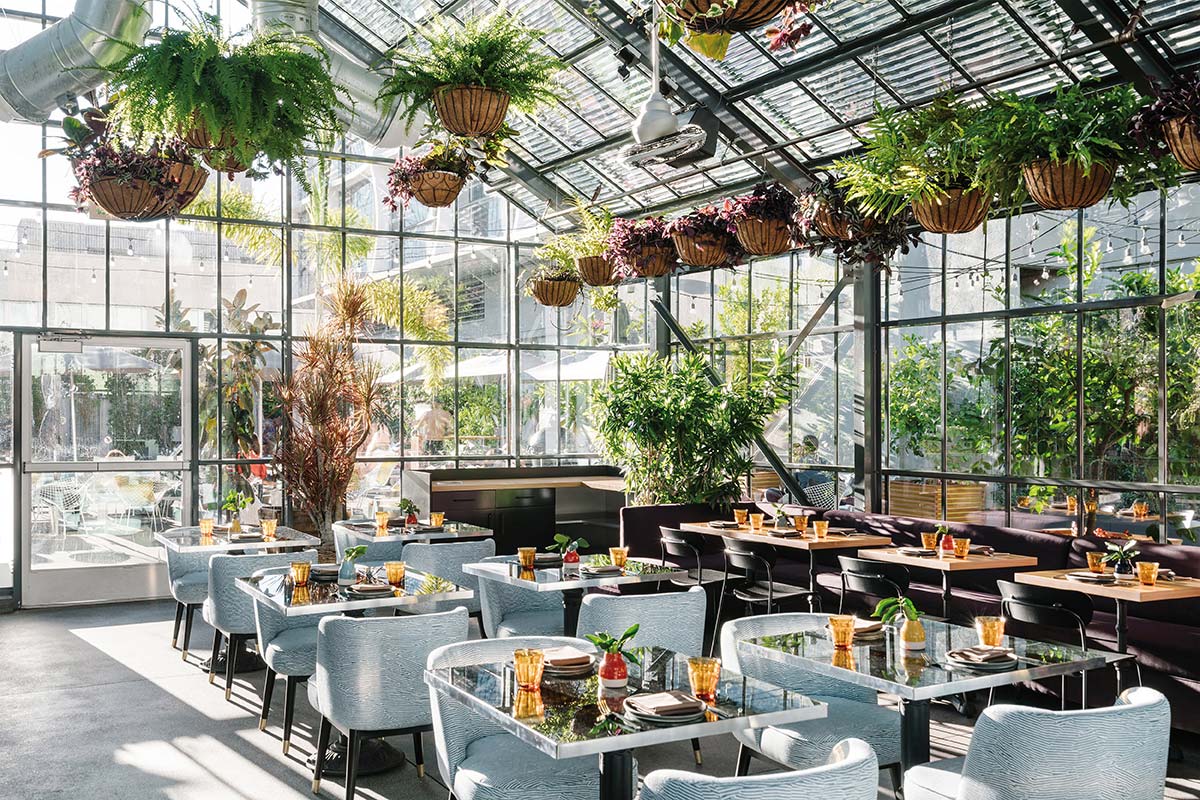 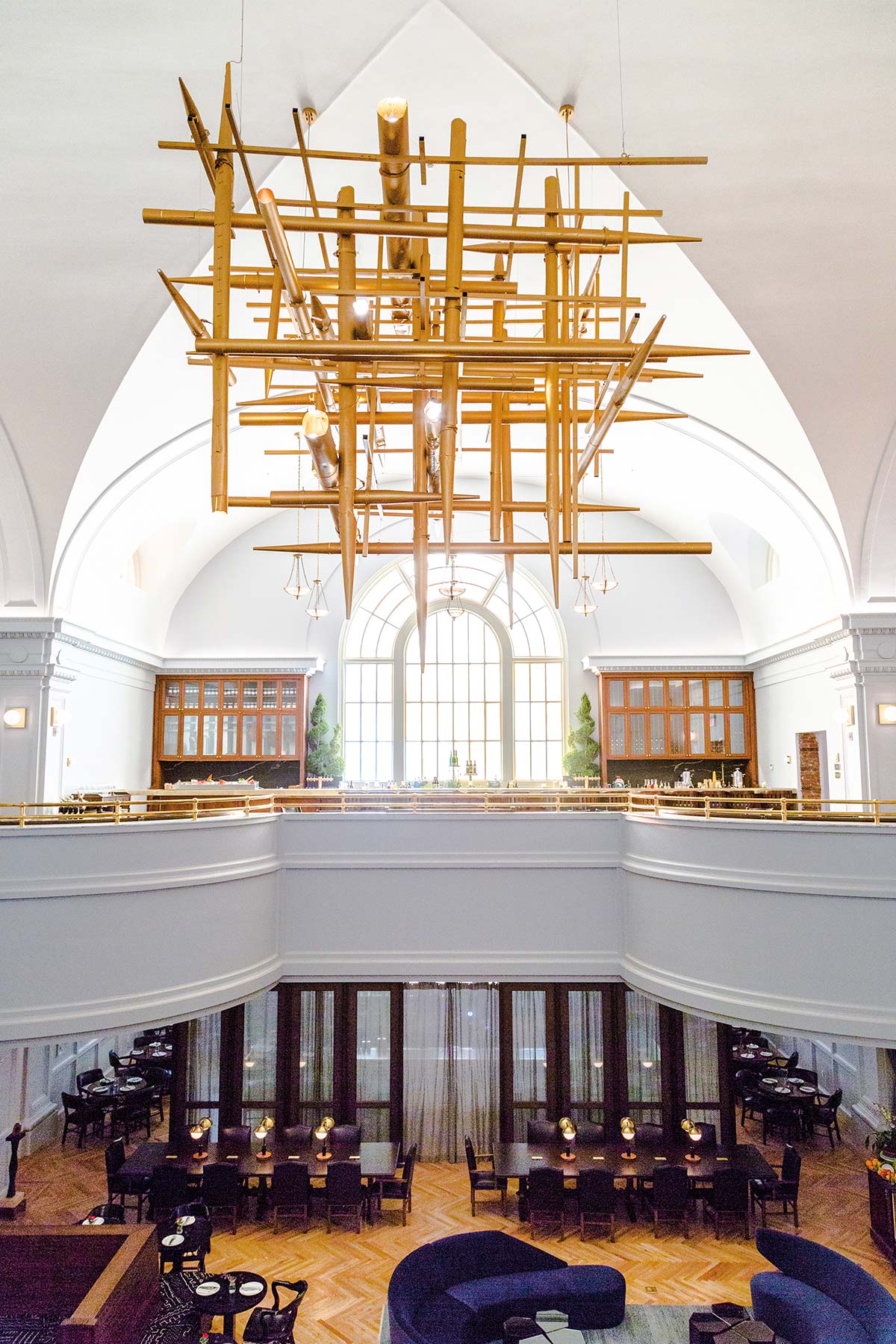 What major adjustments have you had to make in terms of design or food at Sydell Group hotels, and at what point do you decide something’s not working?
Never and constantly. NoMad in particular and Freehand to some extent, we try to do things we feel are timeless as opposed to of the moment. I don’t know if we’d ever go in and do a wholesale change. You constantly have to look at things that work and don’t work. Everybody has these wonderful plans, but you’re foolish if you don’t really watch and see. You have to learn. It’s an evolving thing and you have to watch how people use stuff. Maybe we’re not the best creative people in the world, and maybe we’re not the best business people in the world. But we’re reasonably good at both, and we can bring that all together. 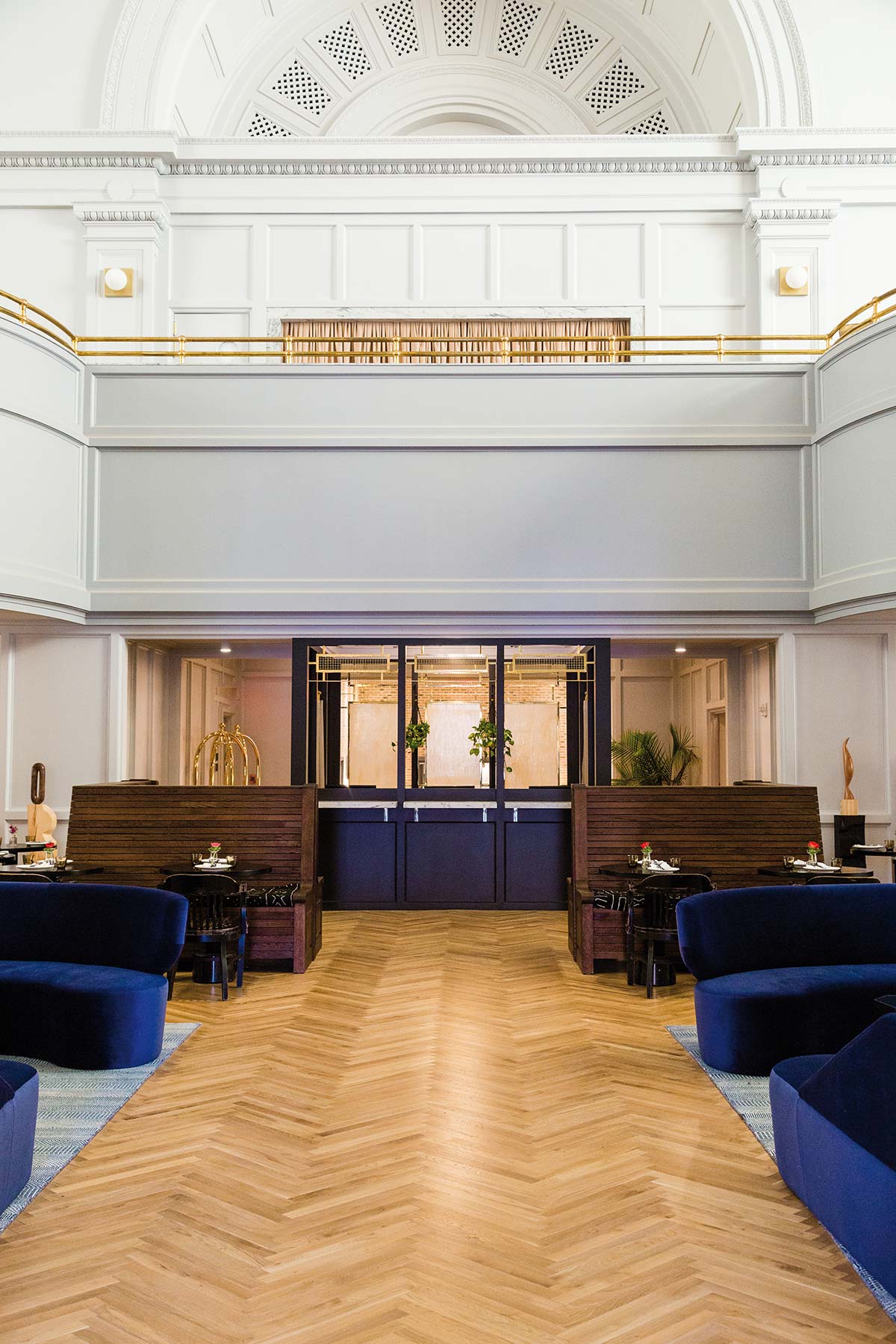 Pink walls and neon lettering for a Bollywood-style restaurant bar

Appointment in London for the cruise industry

Kickoff of the London Design Festival