How can we generate sustainability through architecture? How can the built environment create and promote a sense of community? How can we tackle the problem of increased urban density while simultaneously improving services? Multi-award-winning architectural practice Woha, founded by Wong Mun Summ and Richard Hassell in Singapore in 1994, has responded to all of these questions with a revolutionary approach to architecture based around human beings, wellbeing and a balance with nature. Woha’s design ethos, which encompasses anything from macro-architecture to micro-urban planning, uses vegetable matter to create “breathing buildings” – green lungs that generate oxygen, integrate with the natural landscape and minimise their impact on the environment. These are buildings that comprehensively rewrite the traditional concept of architecture, creating vertical cities complete with every service imaginable. The overall aim? Self-sufficient cities that can provide their own supply of energy, food and water. We spoke to Richard Hassell himself to get his take on this unique approach to architecture, which combines an in-depth knowledge of the local area and traditions with meticulous research processes to pursue a sole, idealistic aim: the creation of a better world. 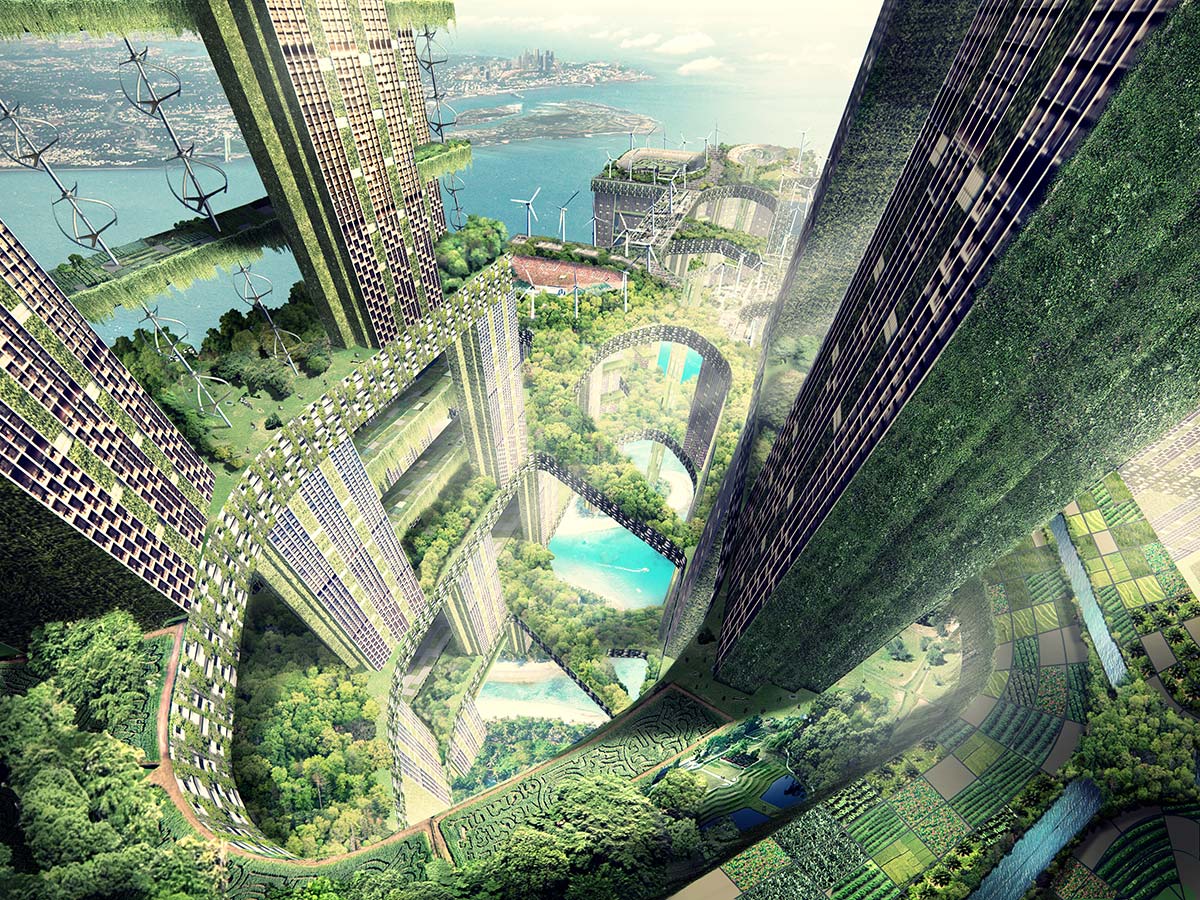 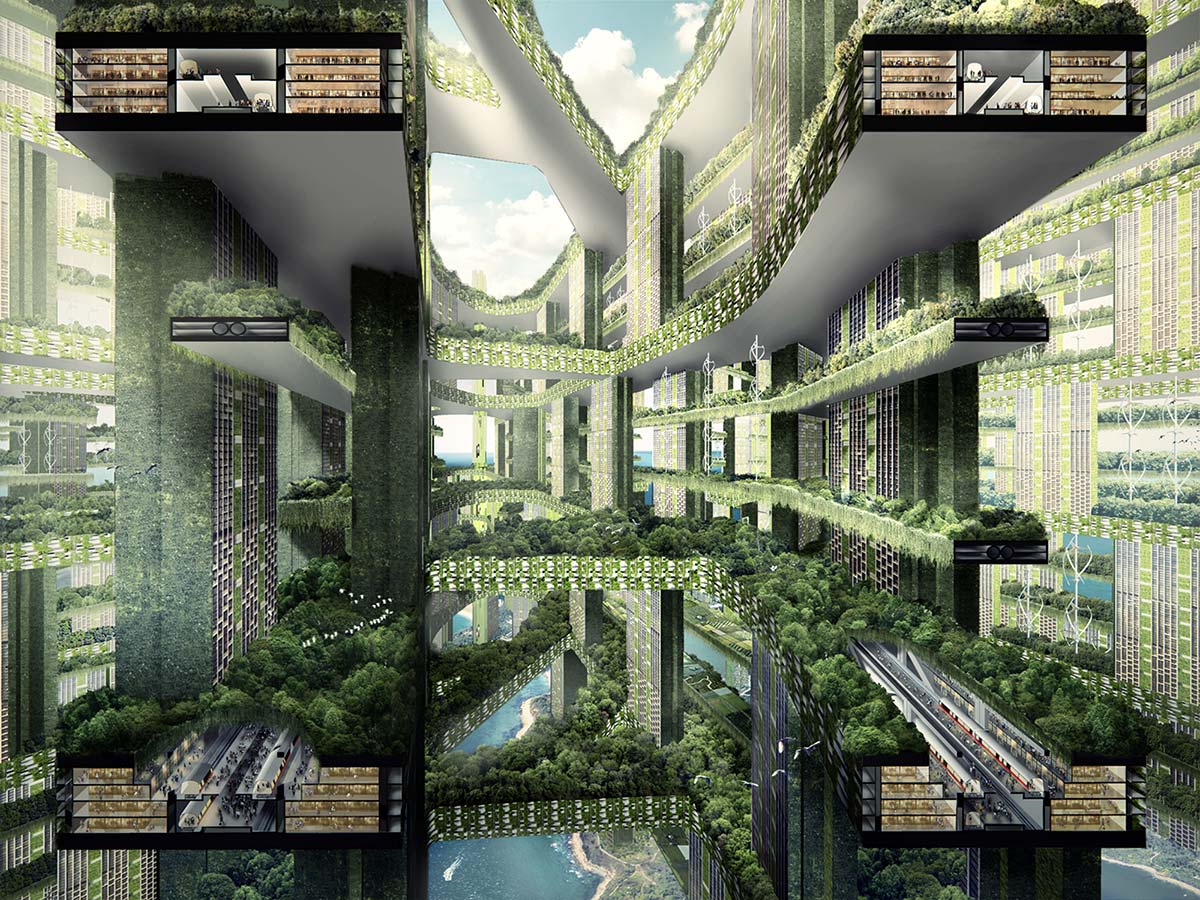 When you started working together, did you already have a clear idea of the approach that you would come to be known for around the world – architecture that harmonises with and incorporates the natural eco-system – or did that develop over time?
We definitely developed and matured over the years, but right from the beginning we had a very strong interest in designing for the tropics. Actually, when we were in university, in the 1980s (so a really long time ago!), there was a movement in architecture called “Critical Regionalism”, by the theorist Kenneth Frampton. It looked at a way to make modern architecture relevant to local cultures and climates. When we started working in the tropics, it was something that was obviously very immediate to us, because it’s actually quite a challenging climate to be comfortable in: in temperate climates you can do lots of things with architecture – so if it’s hot you open the window, if it’s cold you close the window – but the tropics is a little bit uncomfortable unless you have some air movement. So, we started from the beginning with small projects and then, as we got larger and larger projects, we discovered something very strange. All the things that we knew from low-rise living, we had to throw them away. It’s like: “Why is this so?”. We started with the goal of seeing what the problem was, and surprisingly there wasn’t much of a problem at all: it was just that high-rise is based around a field of expertise coming from consultants in New York and Chicago, where there is a very harsh climate – very strong winds, very cold winters. In subtropical to tropical building, you can design very different kinds of high-rises, much nicer, because you can have indoors and outdoors. Then we went began thinking that big buildings are not necessarily like apartments – they have lot of communities of people in them, and when you’re in a very dense environment all these people actually need the same things that people on the ground do: they need parks, they need playgrounds, they need spaces to be quiet and get away. And so we started looking at how we could incorporate these kinds of important spaces that really affect people’s quality of life, and whether we could include them in buildings as well.

How are sustainability and wellbeing linked in your work?
Wellbeing is central to your entire experience, through the day. We see it not only in architecture, but from urbanism through architecture into interiors and even products. I think that as cities get denser, we are more and more surrounded by man-made elements. Architecture is very stressful, because it all has something to do with people: if the environment is ugly, it’s because somebody made it ugly. It’s almost like an attack on you – you are suffering because of someone else. That’s one of the reasons why we believe wellness through plants is really important, because plants are not man-made. They’re more relaxing to be around. And then I think the whole sustainability thing is about wellbeing too. We have to do things right if we want to continue life on the planet. It can also make feel people a lot better that things are progressing and changing for the better, that your actions can actually contribute to a solution, rather than being part of the problem. 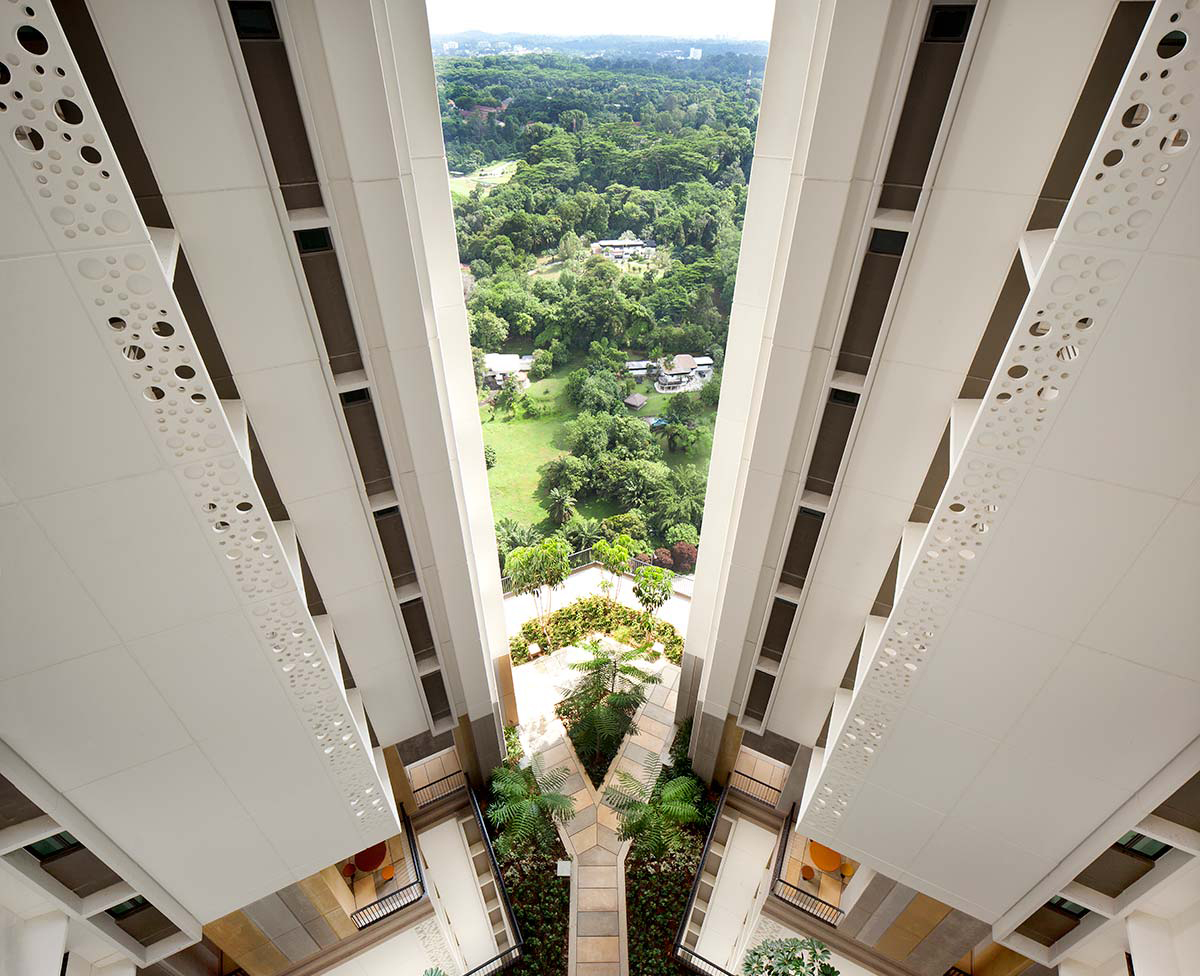 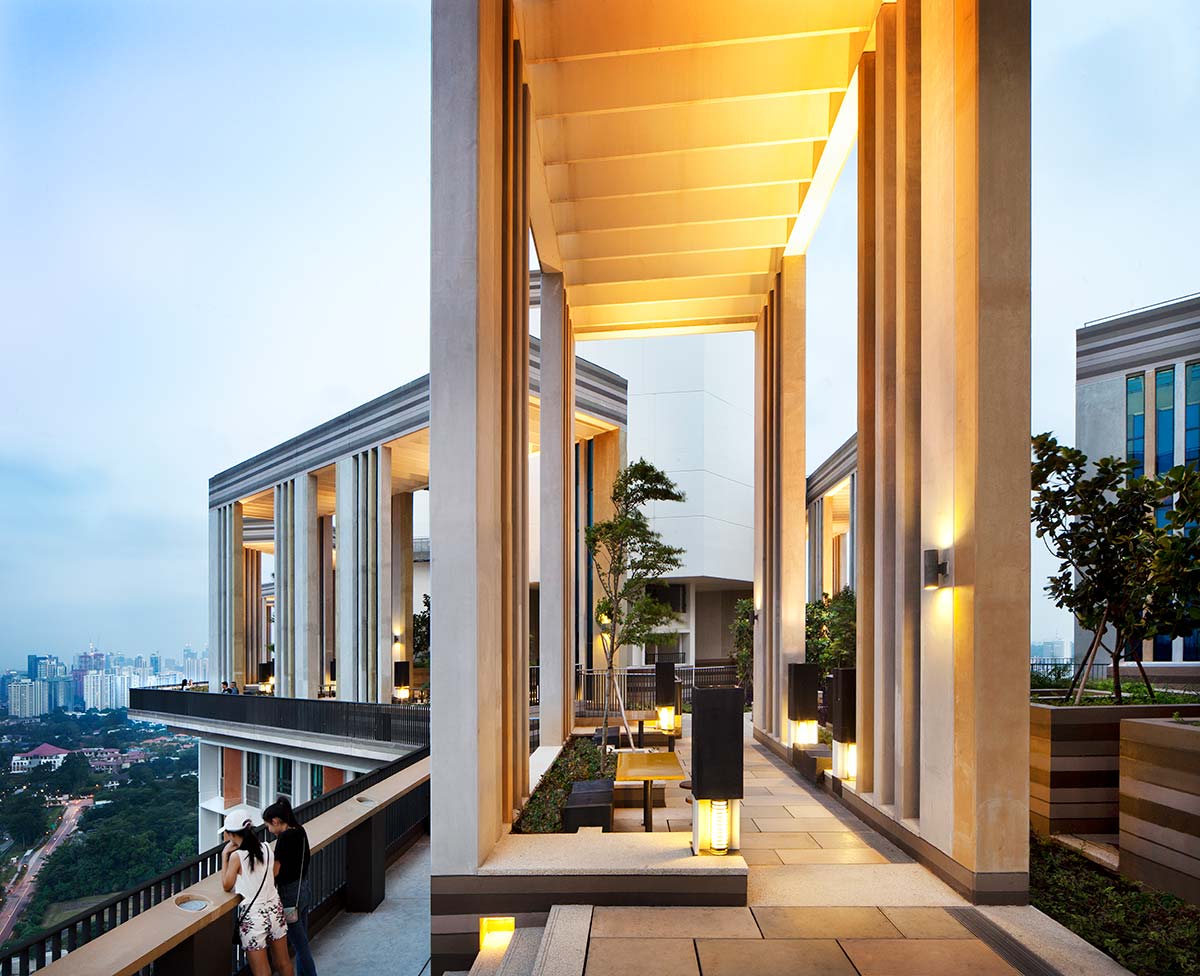 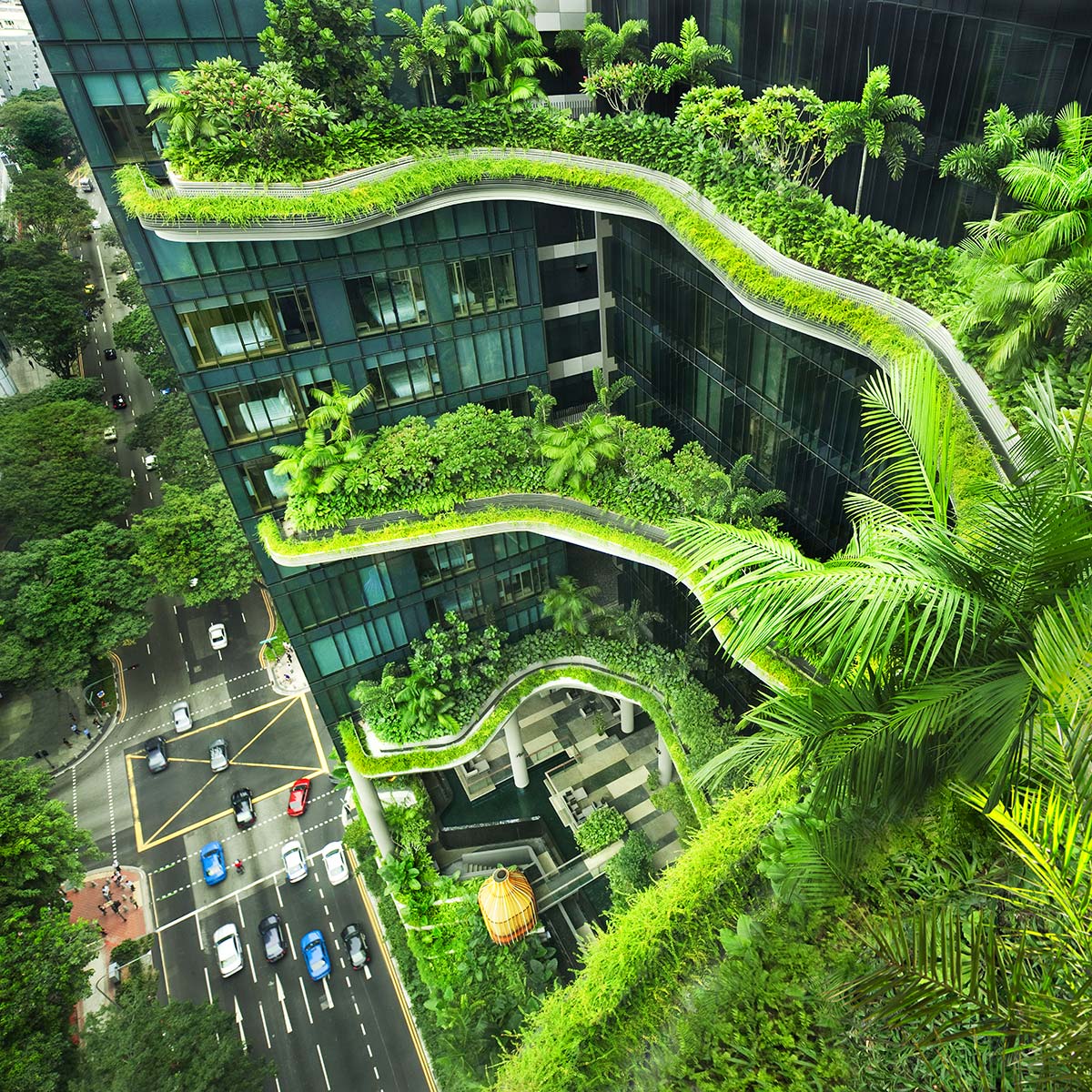 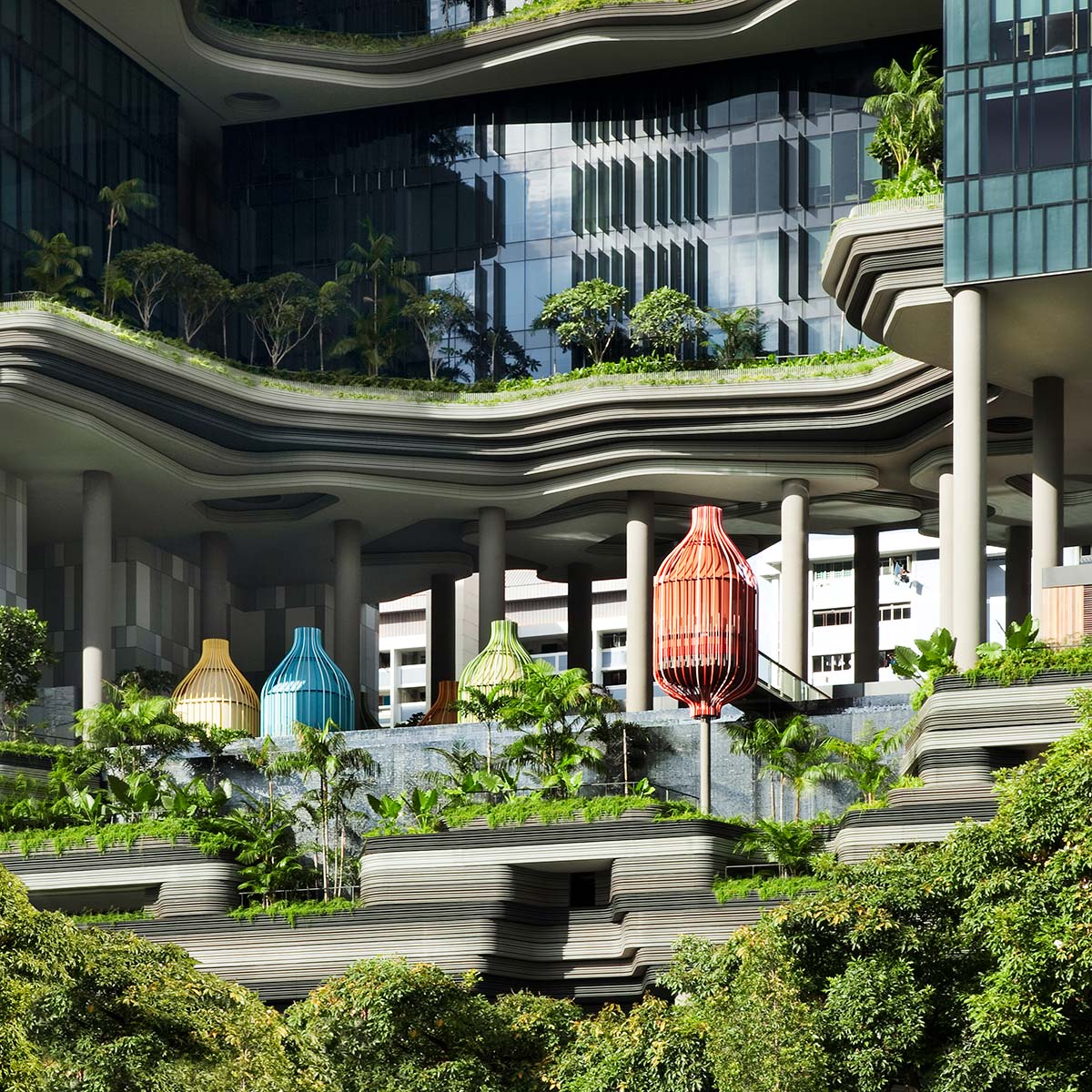 How are you able to balance the human experience, nature and innovation and tech in big buildings?
The major shift in mindset for what we did with big buildings was not to think of them as big buildings, but as a kind of 3D environment, which you can then break into smaller environments. I mean, a city is a big building lying on its side: a network of streets, plazas, apartments. If you start from the human experience, from designing a set of environments connected together, but rather than connected horizontally on the ground, they are connected vertically as well, then you can really create any kind of environment that you can think of. Like this project here (SkyVille @ Dawson – Ed.) – it has 960 apartments, but we don’t have a single internal corridor: you can get to every apartment by walking through a nice garden in the daylight with the breeze. We’ve been putting together all kinds of small components and modules and systems where we know we can achieve this high quality of space and make something that’s quite delightful. So in the public housing projects, when you step out of the lift, you get a distant view to the city, you have a garden down below and then you walk to your apartment. It’s nice, it’s like you live in a park or in a piazza, and I think it’s a great thing – good for wellness and destressing as well.

Do you think it’s possible to export your model to other continents like America or Europe?
I think so. The interesting thing is that in a way it’s easier to do it in the tropics. We did it here, but now people from the US and Europe have approached us saying: “We want to live like this too, how can we make it happen?” And I think actually the important thing is not the technical solutions that we have but the change in mindset you need to go through to say this internal corridor is unacceptable – it’s bad. There are other ways of doing it – of course there are – it’s just that in the tropics we’re doing it all year around. Maybe in Europe we’d have something like a winter garden, so I think the real key is to say: why do we accept bad solutions in high-density environments that we would find unacceptable in low-density environments? 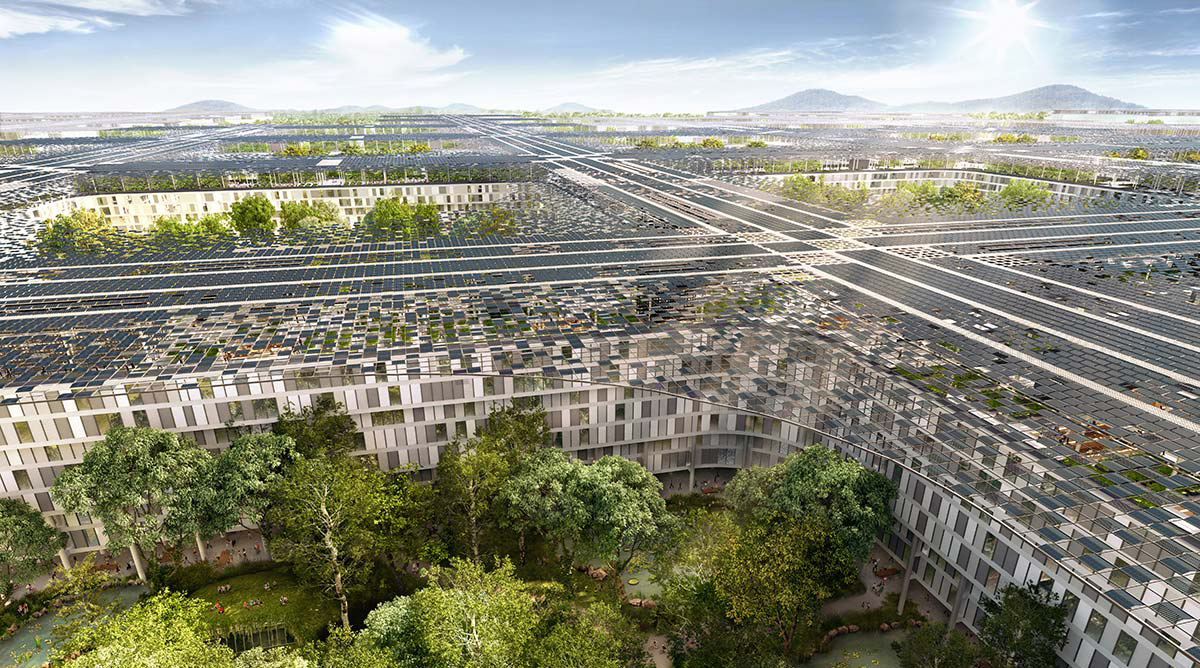 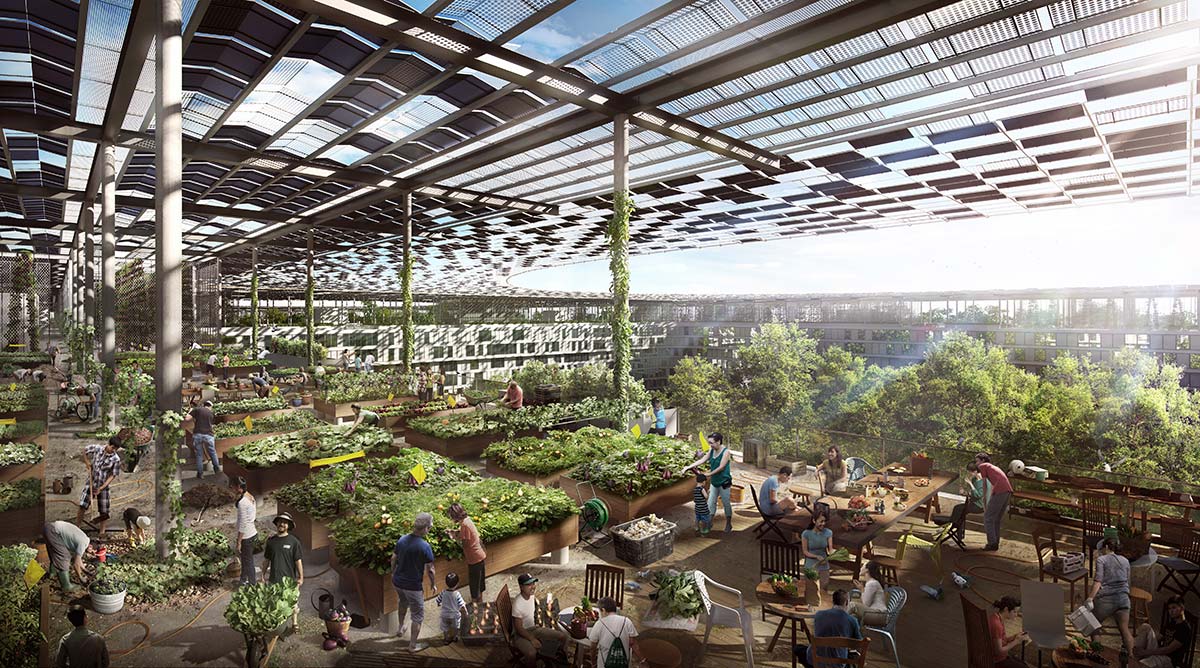 Can you imagine what the city of the future will look like?
We’ve actually done that already. It’s called the self-sufficient city. It was a new town in northern Jakarta housing 210,000 people on a 730 hectare site, constrained by a 60m building height limit. We designed it based on the principles of sustainability and wellness, creating a tropical ‘eco-town-in-a-forest’. We retained over half of the existing green landscape and achieved self-sufficiency in energy, food and water. We ran a whole energy layer over the top, but as we needed more energy than was possible for the size of the buildings, the solar panels should go extend upwards further than the building to make a kind of umbrella, which also helps to keep the city cool. Underneath that is a farming layer. Underneath the farm layer, we have a combination of high-tech vertical farming and community farming. Further down we have all the apartments and offices and things, and then the forest layer. In our eyes that was the dream: to make it feel like you live in a forest. I think current technology makes it possible to do that. The city’s ecological footprint is perfectly in proportion with its size – it’s not taking more than it needs, it’s existing, balancing.

The issue of urban density is one you care very strongly about. What solutions are there?
I think that unless people have an image of what good density could be like, people build bad density, because that’s where things go naturally. If people are greedy, they just take from the city and they stuff more things in. Actually, there’s as much space as you want if you go upwards. We did some interesting studies on density and we found that Hong Kong and some areas of Singapore have the same density, yet Hong Kong has very exciting streets, restaurants, cafes, yet in the same areas in Singapore are very boring. Why? The difference is that apartments in Singapore are nice and big, so people stay in their apartments and relax at home. In Hong Kong, spaces are so small that people go out to restaurants. It’s another interesting thing. On the other hand, if you make your apartment fantastic, you might end up with a very boring city, but at least everyone will be happy! (he laughs, Ed.) A few years ago, we participated in the Vertical Cities Asia programme organised by the National University of Singapore. Based on the competition brief, which specified a population density of 100,000 people within a 1 km2 site, we compared the inner city-centre densities of Manhattan, Hong Kong and Singapore and demonstrated that it would take the equivalent of four stacks of Manhattan, four stacks of Hong Kong’s central district or nine stacks of Singapore’s city centre to achieve a population density of 100,000 people on each 1 km2 site. By devising a 1 km2 city grid with a population density of 111,111 people, WOHA envisioned a vertical “Permeable Lattice City” that uses modules of The Met in Bangkok as “City Columns” arranged in a staggered alignment to create a high degree of perforation and porosity, resulting in cross-ventilated breezeways at city scale, ensuring fresh air and natural daylight reaches every part of the inner city. 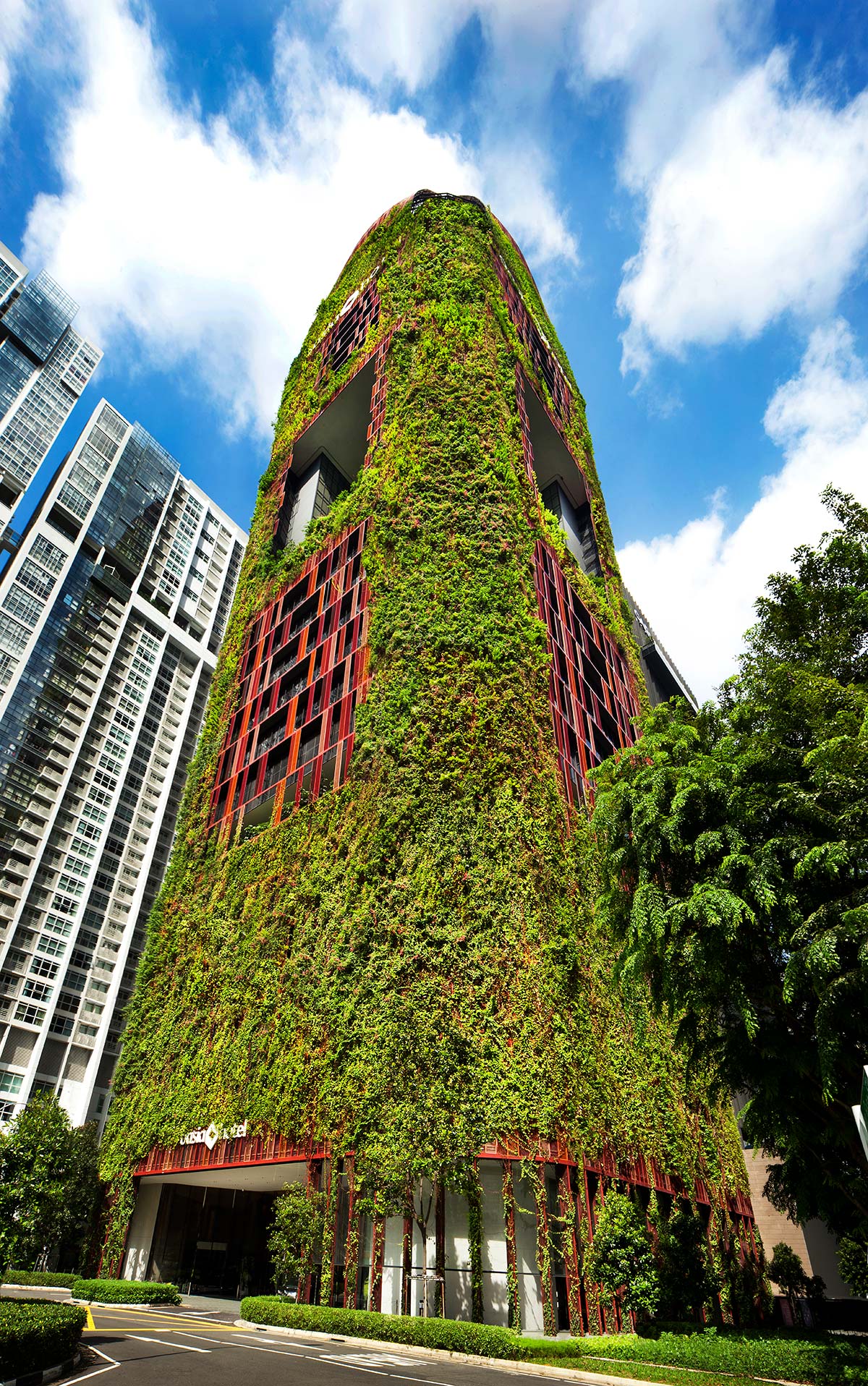 Last year you launched the Woha Being interior collection. Is there a natural connection between that and your approach to architecture?
Yes, there is. There are close similarities with the approach. In terms of our philosophy, we make sure that we use good materials that our sustainably produced by responsible companies. Another aspect is wellness, which is just as important a part of a meaningful architecture as a good design piece. And finally, cultural connections is an aspect that can be seen more strongly in our furniture in certain forms, techniques or textiles. We did a series for a hotel in Bali and we were really interested in how even today Balinese architecture has a lot of elements that came from India in the 12th and 14th centuries, with its beautiful lost-wax cast copper or bronze elements. At the same time, we were interested in Bali’s colonial period, where the Dutch came and built colonial buildings in Indonesia and left a bit of Art Deco behind. We took inspiration from all these things and we created a new style, a new approach to architecture and interiors.

The new flagship office of Sanlorenzo in Singapore

Natuzzi and Ross Lovegrove, together in London

Events in the world

“A world to redesign”

The best version of themselves