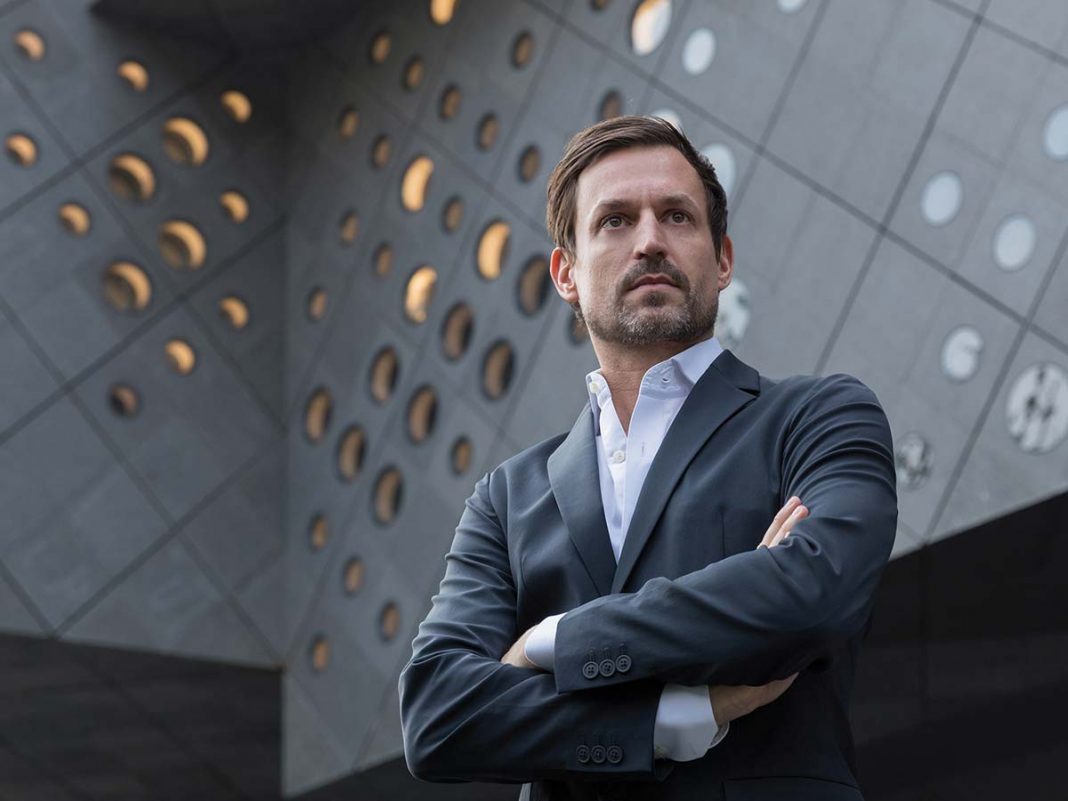 German architect Ole Scheeren has impressed the Chinese with the project CCTV Headquarters Tower, popularly nicknamed Big Trousers due to its unique shape. From MahaNakhon tower in Bangkok, the Interlace in Singapore to Empire City in Vietnam, his works have always challenged the concept of skyscrapers, and put emphasis on the interaction between skyscrapers and people. “In my work, form always follows fiction”, the German architect said. Back in Karlsruhe, Ole Scheeren had shown his talent in architecture since he was a teenager. Inspired by the work of Rem Koolhaas, he frequented Office for Metropolitan Architecture (OMA) at Rotterdam. When he helped the studio to win the design competition, Ole was given the opportunity to stay. During this period, he attended the London Architectural Association and won the prestigious RIBA Silver Medal for excellence in education. When he returned to Koolhaas, he joined the project of Prada’s flagship stores in New York and Los Angeles. Seven years later, he became a partner of OMA. He launched his own studio, Büro Ole Scheeren, in 2010.

“Architecture is imagined as a matrix of hybrid narratives from which to construct future realities.”

What do you mean by “form follows fiction”?
When I design a building, I am thinking about the stories, some of which could take place within it, and some that might happen around it. I consider what kind of role the building will play in the story of a city and the memory it leaves behind. People live and work in the building. How do they interact with each other? Excellent architecture tells a story.

How do you explain the controversy over your work?
I don’t believe there is ever a set pattern of architecture. All skyscrapers are different. Different requirements demand different answers. I’m interested in how to break down the inertness of the skyscraper so as to reveal the presence of human life within these structures, which is an urban lifestyle of extreme density. I hope these skyscrapers tell these stories, and I am proud of the people who live inside them.

What brought you to becoming an architect?
My father was an architect. I grew up as a toddler in architecture school. At that time I started to realise that the notion of space is a meaningful component in our lives. My father taught me a lot. But the most important thing I learned from him was to find my own way, and he gave me the freedom to seek it. 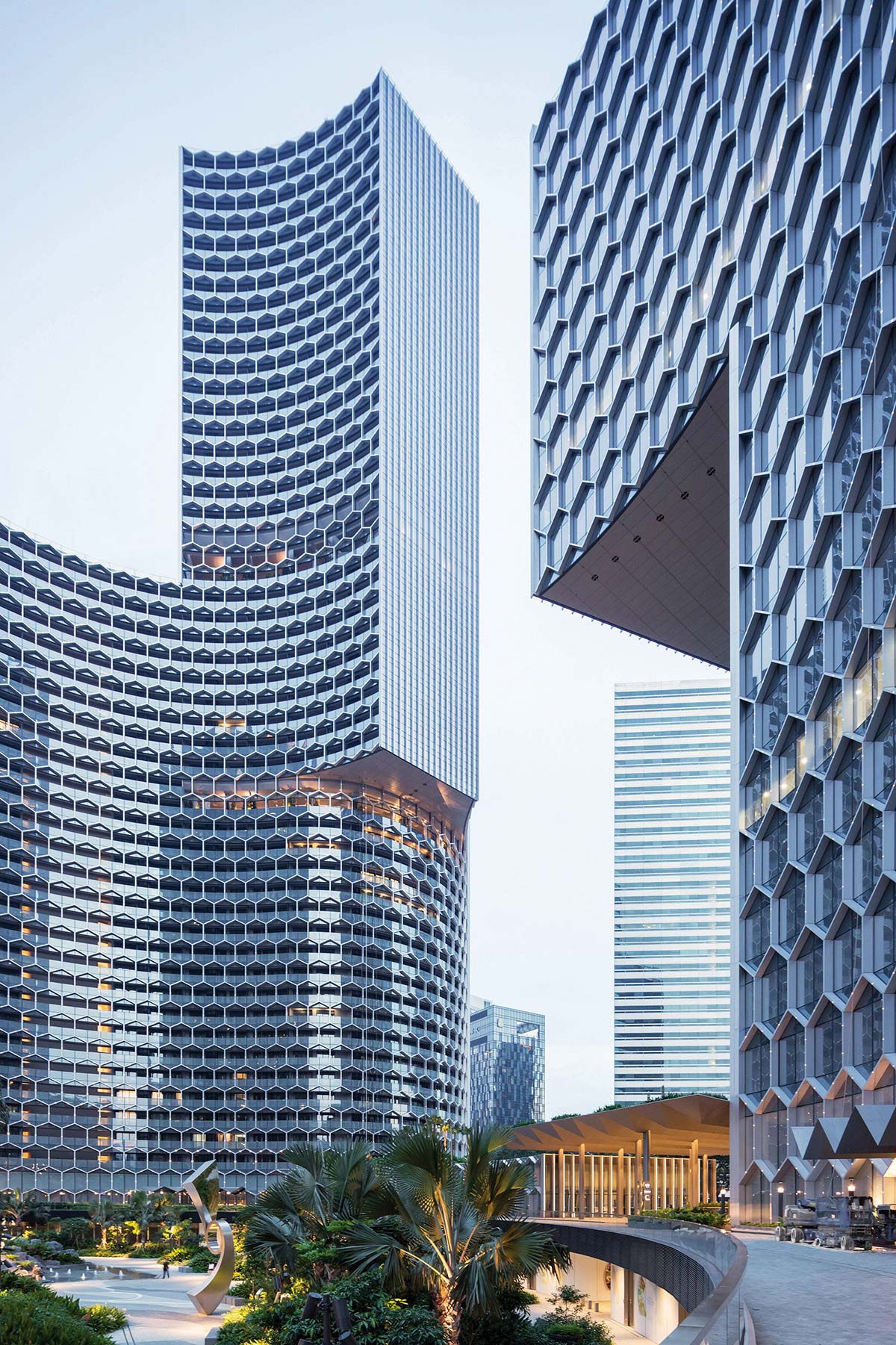 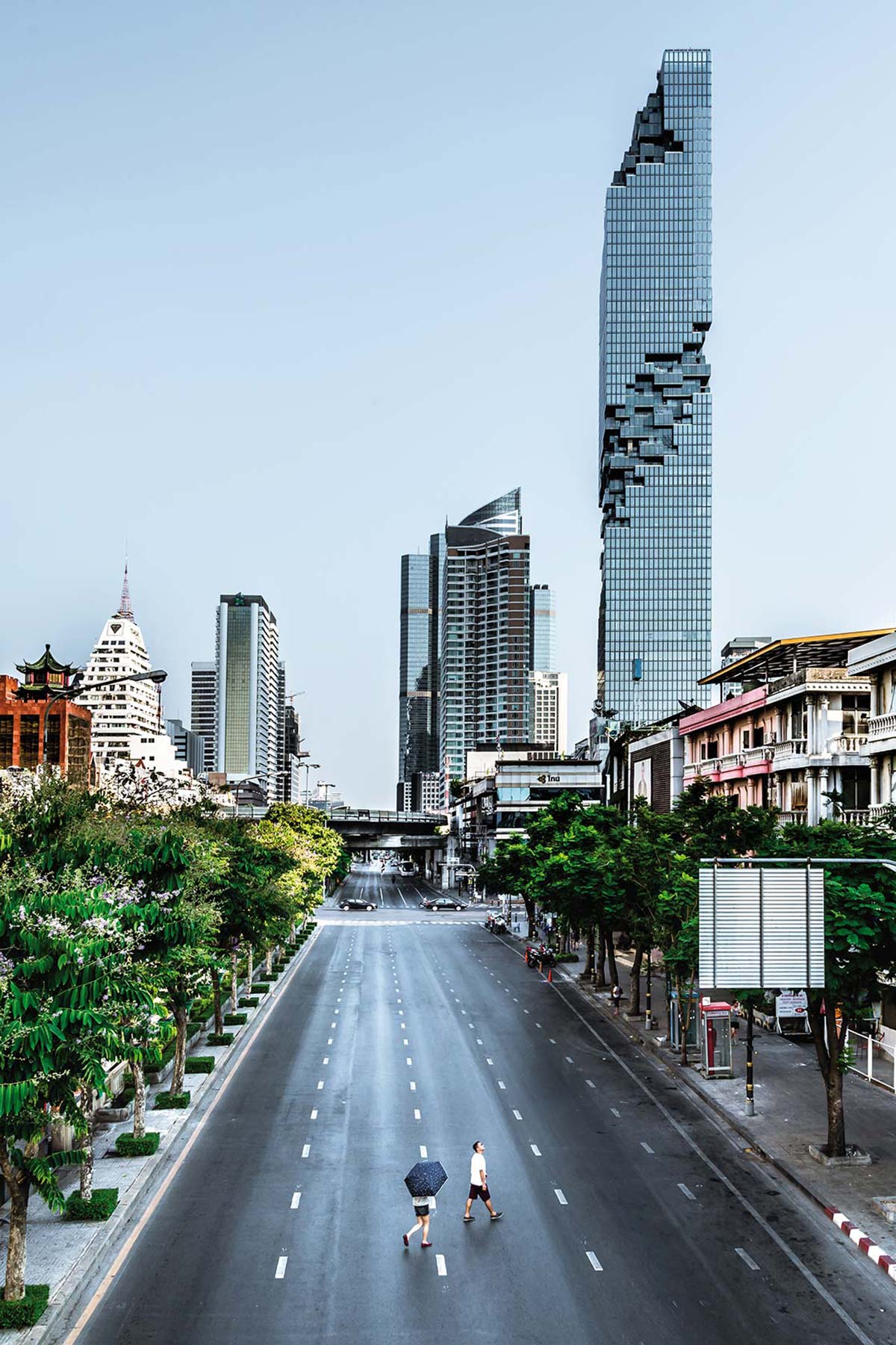 How do you translate your fictions into reality?
What matters most is that I translate my ideas into reality, because to directly affect things, they have to see the light of day. With CCTV, I asked my team to keep an eye on the radical shift in scale, which was far beyond the largest thing they’d ever experienced designing before. I even made the entire team cut 10,000 little sticks and glue them on the model to represent all the employees who were going to work in it. The physical labour and the time and effort it took to do that really helped us understand the difference between 100 people and 10,000 people.

As for the latest project in China, Guardian Art Center, what are the challenges?
Guardian Art Center is a hybrid auction house and cultural institution featuring a museum, galleries, conservation facilities, restaurants and a hotel. Located around the corner from the Forbidden City, it is a particularly sensitive and important site. Over the last 15 years, prior to our winning the project, over 30 architectural designs had been completed, and all of them were declared inappropriate by the Beijing Planning and Preservation Commission. For us, the only problem was how one could potentially conceive a contemporary piece of architecture in such an historically meaningful context, allowing the past and the future to merge and co-exist in a structure that would address both conditions equally. In 2012, our design was finally approved. The ‘pixelated’ volumes of the lower portion of the building subtly refer to the adjacent historic urban fabric, echoing the grain, colour and intricate scale of Beijing’s Hutongs, building upon its surroundings and ‘layering’ into its base the sediments of history. The upper portion of the building responds to the larger scale of the surrounding contemporary city in the form of a floating ‘ring’ that creates an inner courtyard for the building and further resonates with the prevalent typology of the courtyard houses in Beijing. By combining both the intimate and the monumental, and creating a diverse collection of spaces within this structure, the entire mass integrates itself into the sensitive historical and cultural environment and resonates with Beijing’s strength and imposing presence through an explicitly understated monumentality.

You’ve travelled all around the world, what are the differences between Asia and Europe?
In Asia, we create something new to respond to its urbanisation and modernisation challenges on an enormous scale and at enormous speed. In Europe, there are quite a few new architectures so the key challenge is how to deal with existing buildings. My first project in Europe is Riverpark Tower in Frankfurt. And a new project is starting in Vancouver. We are glad to be involved in projects in different places. I have lived in Asia, America and Europe, and have learned a lot from the locals. It is important to live in the country of the project. You can only start to build when you know the local life. 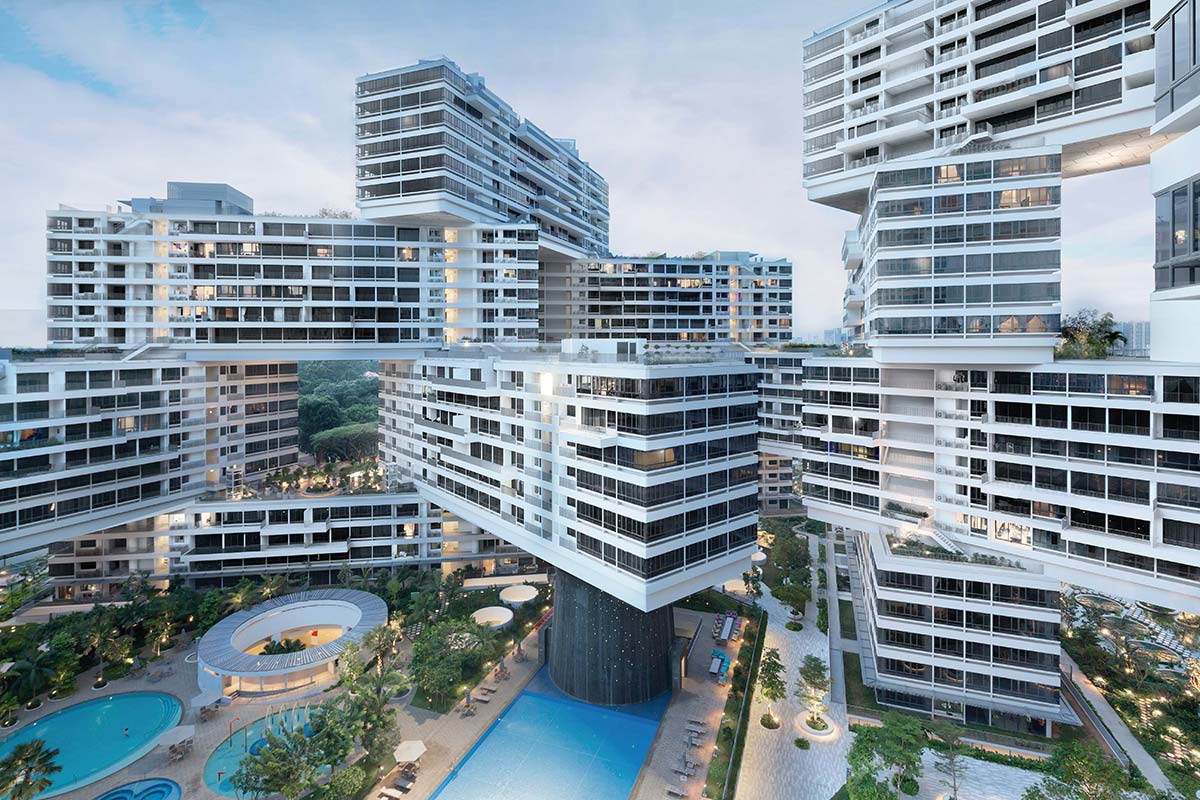 What is your concept in your projects?
It’s a fact that our cities and the entire built environment are largely funded by private capital, purpose-built to be part of a system of commercial transaction, rather than to address a responsibility towards the public or the city. That brings about a necessity of finding ways, even with large privately-funded projects, to enhance the relevance of public space. With all my projects, we are trying intensively to develop value systems that prove that economic value can be achieved by a sense of generosity towards the public domain. My design is never isolated. It has to be connected with the surroundings. For example, the ground floor of DUO is free 24/7 for public use, as are the surrounding squares and gardens, so as to avoid the feeling of a gated community or privatised space. There was a sense that the symbiotic relationship between two towers would ultimately have a much greater positive impact on the wider context. The political and urbanistic messages almost coincide, because I conceived the building in the context of requalification of a derelict and isolated part of the city into a new civic nucleus.

What do you think about future developments?
I will continue to investigate moments of extreme density and scale. There’s going to be an inevitable transformation of many of the basic typologies we’ve known in the past as we completely rethink what we need for the future. And my buildings will continue to embrace the power of stories. With my projects, as a speculative tool of design, I will continue to imagine the freedom I can create for people in their lives as they use our buildings. Form will continue to follow fiction.

The great wave of change

In the realm of the sublime