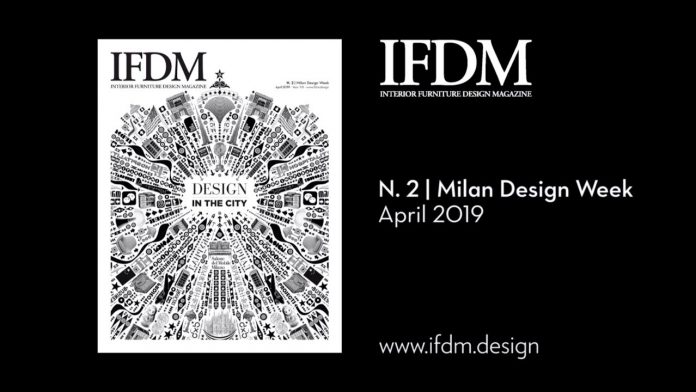 This year the Salone del Mobile incorporates a new key word within its Manifesto: “ingenuity”, intended as talent, as intelligence that pushes towards creativity and design, that natural inclination for a productive way of doing and thinking that leads to solutions and concrete achievements. A term that we are therefore proud to pair with the companies that the Salone features, with those that have turned their businesses into distinctive brands that are recognised worldwide. A quality that is certainly part of our cultural legacy and which is newly glorified this year, on the occasion of the 500th anniversary of Leonardo da Vinci’s death: a painter, architect, and scientist that embodies Renaissance genius, in his time capable of breaking boundaries and opening new frontiers.

In this context of heightened intellectual fervour, I would like to suggest a second term which can be paired with the previous one and which follows it: “Perspective”, in reference to the ability – and willingness – to ‘look far ahead’, into the distant future, with foresight. And while Leonardo himself was among the first to study aerial perspective in his paintings, in which he represented spacial depth, it is in his figurative and metaphorical sense that the term finds extraordinary application among the protagonists of this sector, contaminating the pages of this edition. This is the scenario offered by the President of FederlegnoArredo, Emanuele Orsini, offers in support of the wood-furniture industry; it is the vision on which many Italian and international companies are basing their growth. Giuliano Mosconi says so directly, foreseeing a period of great opportunities for those who know how to open themselves up to different and broader dimensions than those explored so far. Solid examples are those companies that this year celebrate important anniversaries (Natuzzi celebrates 60 years, IPE and Visionnaire 60 and 15 years respectively, and MDF Italia celebrates the 10 year anniversary of two of its icons); companies which, thanks to their foresight, are now able to communicate and interact with the rapidly evolving world of today. Finally, the talented young designers participating in the SaloneSatellite are the extreme ‘personification’, entrusted with the task of embracing and cultivating this virtue. What we are therefore witnessing is the shaping of a system moving in unison to find a new ‘vanishing point’.

Molteni&C | Dada and Solesdi, still together

Imm cologne is back, with a special edition