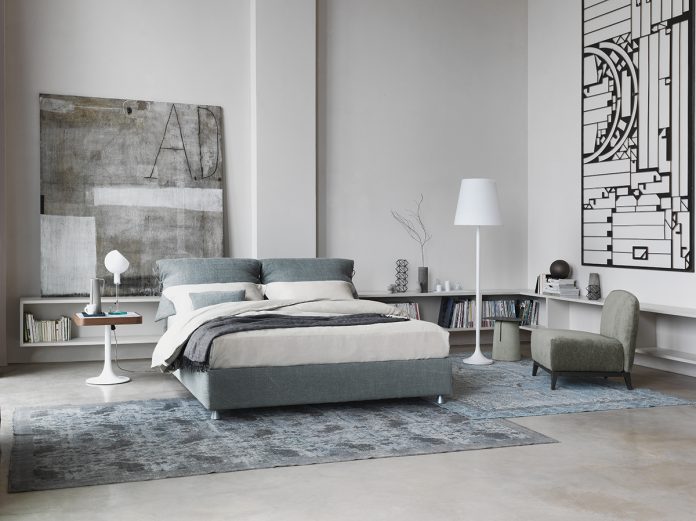 Averitable revolution borne of a brilliantly simple, spontaneous yet forward-thinking intuition. Flou has entirely changed the concept of the double bed, with a product that has since become an incomparable icon: Nathalie, designed by Vico Magistretti: the first ever modern fabric bed. 1978 was also the year in which the company was founded. The first ever bed by Flou broke onto the stage, revolutionising the way in which we experience our bedroom furniture, proposing a solution which integrates bed, accessories and bedlinen within a single project. A wonderfully discordant voice, marking a historic turning point in the mid 70s, a shift away from the sheer monumentality of wooden or brass double beds and the rigorous candour of bedlinen (cotton, linen or Flanders linen).

Nathalie made its début on the bedroom furnishing scene in all its colourful vivacity, characterised by soft curves, comfortable cushions which transform into a back and signature side bows. 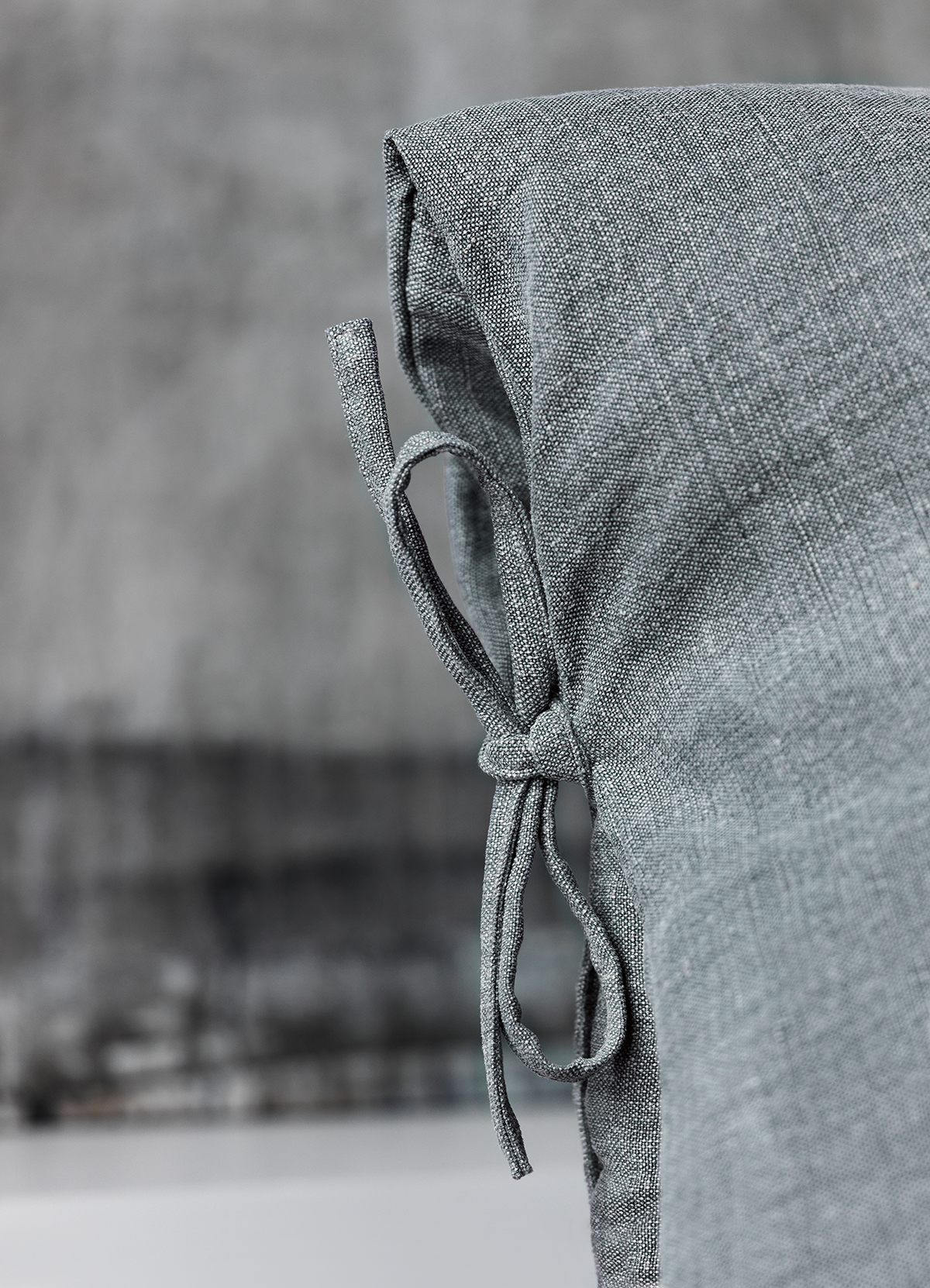 Upholstered, fitted with a fully removable cover, functional, colourfully adorned and above all, makable single-handedly with the simplest of gestures. “Flou has re-made the bed” comes as the answer to the opening question and was indeed the company’s earliest slogan used for the brand’s equally revolutionary, full colour double spread advertisements.
The value of this sheer communicative force was one of the factors which earned the company its Compasso d’oro alla Carriera back in 2008.

It was also revolutionary in terms of its distribution system: for the first time ever, it became possible to a buy a bed that was ready to sleep in, complete with all accessories (mattress, pillows, quilts, bedlinen), from a single shop. This is how Vico Magistretti described this enlightened intuition: “Those were the years in which the duvet came into fashion: I did nothing more than simply make it longer so that it covered the bed base (which was often ugly). Rosario Messina, the enthusiastic co-owner of the recently founded Flou, immediately understood its extraordinary potential. Then, almost naturally, we thought about the possibility of changing the covering and developing matching bedlinen which unblocked traditional bedroom rigour, introducing a greater freedom of choice of colours and combinations”.

Today, exactly 40 years later, Nathalie is still the company’s best-seller and has been re-proposed in 15 variations, the perfect and modern synthesis of aesthetics and functionality. The company is celebrating its first 40 years in the company of this iconic product, treating itself to Nathalie 40°, a special edition limited to 299 pieces, reproductions of the ‘78 version, complete with matching headboard/pillow and duvet covers.

Green Table: design and business to defend the planet

B&B Italia enters the world of kitchen design with Arclinea

True to Food: a harvest of freshness