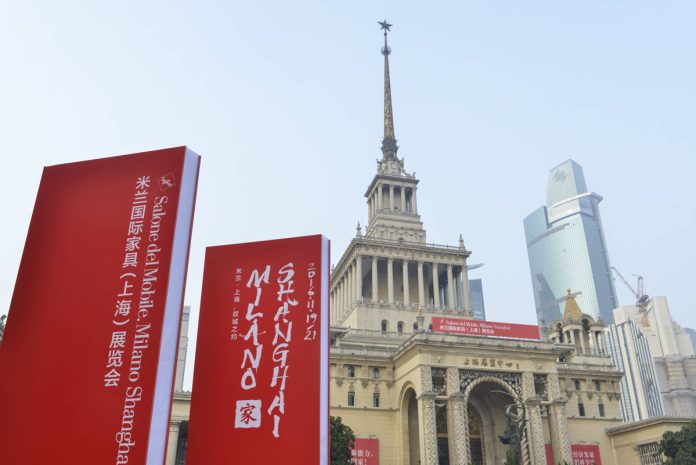 The finest of Made in Italy Design is the guiding thread linking the three international capitals: Milan, Moscow and Shanghai, represented by the Salone del Mobile in the world. The culminating event of the furnishing world scheduled for April in Milan, will be followed by a return of parallel events: iSaloni WorldWide Moscow, in October, and the Salone del Mobile. Milan Shanghai, in November.

From Wednesday 11th to Saturday 14th, the spotlight will be on the Moscow market, which continues to emit glimmers of hope: FederlegnoArredo (The Italian Federation of the Wood, Cork and Furnishing Industry) declares that “In 2016 Italy was the second supplier of furniture, and in the first quarter of 2017, exports of furniture and lighting fixtures to Russia showed a positive trend (+2.8%), constituting the first signs of recovery since the end of 2014”.

To date, 260 companies are scheduled to participate in the 13th edition of iSaloni WorldWide Moscow, developed around the payoff “Milan.Moscow.Design – #artofcreation”, featuring a vast swathe of product and stylistic sectors, from classical to design. Over 30,000 visitors are expected, including operators, the general public, press and a delegation of over a hundred professionals, promoted by ICE (the Italian Institute For Foreign Trade).
Unmissable side events include the SaloneSatellite WorldWide Moscow –  a showcase for over 50 young designers from Russia and former Soviet Republic Countries, Master Classes which this year will be enriched by the World Talk “Sources of inspiration and the practice of interior design” held by the interior designer Diana Balashova, as well as the 4th edition of the MADE expo WorldWide.

The latest innovations of the second edition of the Salone del Mobile.Milan Shanghai (from November 23rd – 25th) were disclosed during a press Conference held at the Italian Embassy on July 12th. Last year’s success has secured participation of the finest exhibitors (over a hundred Italian design and luxury brands), over a considerably larger area.

Claudio Luti, president of the Salone del Mobile. Milan, explains: “Our presence in Shanghai undoubtedly offers new collaboration and business opportunities between Italian companies and the Chinese market. We have also developed a rich programme, with the participation of famous Italian designers who will present the allure, history and value of Italian products together with companies, conveying the marvellous world of Made in Italy”.
From Master Classes to the Salone Satellite, there will be no shortage of opportunities for delving into sector themes in the Chinese metropolis, which Amedeo Scarpa, director of ITA-ICE in Beijing  and coordinator of the ITA network in China describes as “One of the world’s most important markets in terms of appreciation of design and interior design, although it is also an extremely competitive and demanding one. This is why it is important for Made in Italy to be supported by the Government Organisation for the Promotion of Italian Trade ITA/ICE, which from the first edition and together with the Italian Embassy have accompanied Federlegno Arredo and Italian companies along such a long and fruitful path of Italian-Chinese collaboration.

The Maison&Objet formula returns to Singapore for the second year