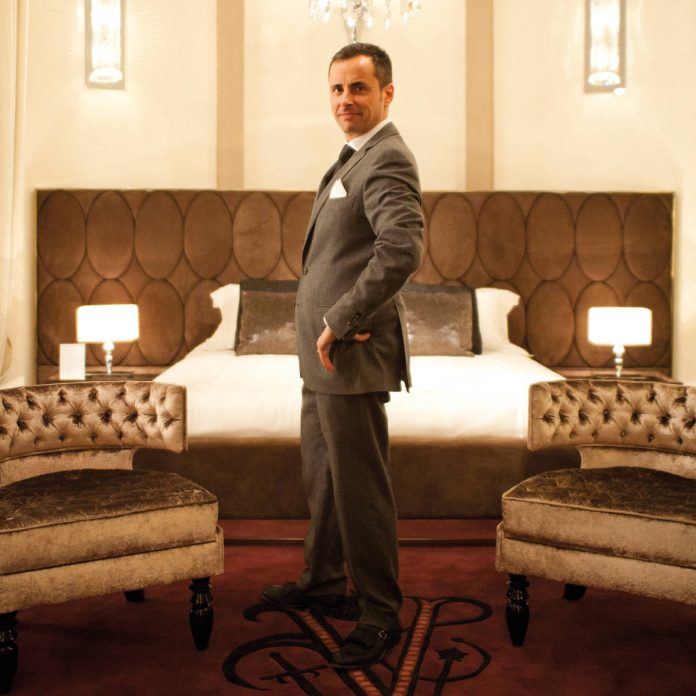 Economic literature is full of case studies about companies that have had a succession of generations at the helm: what is Visionnaire’s story in this regard?
I decided to enter the family business when I was twenty, as a representative of the third generation – I had innovative ideas for the business. Companies in the industry seemed to have commandments that were set in stone. Furniture was only a matter for specialists. Visionnaire rejected this paradigm: it embraced a comprehensive language, a set of production platforms in the outstanding Italian artisan districts, new luxury, defined by memory and conscious references, interpreted with a modern, contemporary, glam language. A conceptual revolution that was immediately an overwhelming commercial success. The company grew, earning and generating a lot of money: this caught the attention of private equity funds, which, naturally, are always on the lookout for companies with a high growth rate and robust cash flow. I thus had the opportunity to meet entrepreneur Daniele Selleri and the Alto Partners fund, which have contributed to the growth project alongside my family since 2009. The growth, especially in the last 6 years was important. In fact the company has grown from 17 million in revenue with 3.5 million operating margin to more than 42 million turnover and 9 million profit recorded in 2016, with the target to increase to nearly 50 million this year surpassing the 11 ml of EBITDA.

Why did you and your family decide to bring in a manager from outside for Visionnaire?
Since 2009, we have appointed new managers at the company, including from outside the family, in all key operational roles. We currently have six internal managers, as well as many consultants with expertise in the fields of luxury yachting, fashion and high finance, who make a great contribution to our strategy development.
In 2014, the Ergon fund (owned by Groupe Bruxelles Lambert) became a major shareholder in Visionnaire and together we decided to complete the management team, including the appointment of a CEO, which required us to choose the right profile with a background working for large, highly-organized companies. Andrea Gentilini was exactly who we were looking for – we immediately had a good feeling about him.

Up until around two years ago, people talked about the vital need for Funds to invest in furnishing companies to ensure their continued competitiveness abroad, while now the strategic aspect of growth seems to be viewed as particularly important. What are your thoughts on the matter?
Competitiveness and expansion to foreign markets can only be achieved by a company – private equity funds are unlikely to help with this. I would say that the greatest contribution relates to medium-to-long-term strategy. The advantage for the company is having a financial partner that is not a family member and which is focused entirely on growth, margins, programs and the medium-long term, with special attention to monitoring numbers and the organization.
Since a financial partner does not work for the company and often lacks specialist knowledge about design, business projects must be explained in order for the partner to accept them in the budget – they must be demonstrated with the right logic and with the support of figures. The company therefore tends to be more vigilant and to make more informed decisions and fewer errors.

Design and Style in Kiev