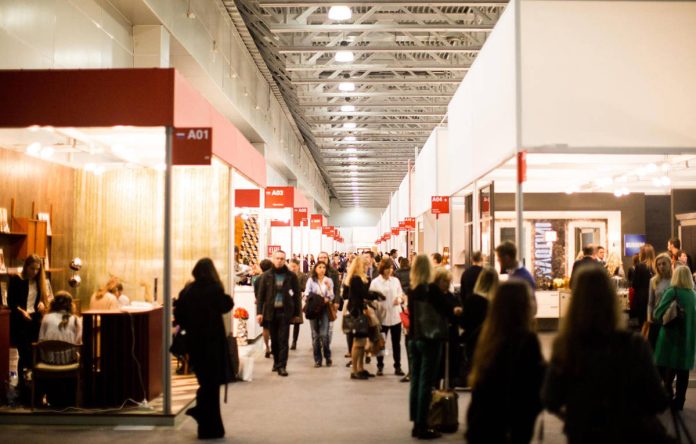 Among economic uncertainties and commercial expectations, iSaloni WorldWide may be considered a truthful snapshot of how the Made in Italy furniture export has been changed in Russia through years, swinging from booming periods to more negative moments.
The sharp devaluation of the Rouble – with a consequent and inevitable decline of the Italian competitiveness in terms of export – together with the closure initiatives towards the international markets, have deeply changed the rules of the commercial line Italy-Russia.

iSaloni WorldWide – that, even in such a precarious scenario, still remains the benchmark event for the home furnishing sector in Russia – has taken on a tough challenge but has brightly exceeded its first day at Crocus with numerous visitors checking-in for registration and browsing around the halls since early morning.
Like every year many exhibitors revealed a wide range of sentiments about iSaloni, but several feedback recorded by IFDM have been more than positive.
According to many veterans, it’s been a very encouraging first day which has fostered a general sense of optimism as never before.

Russia is definitely not the same country as ten years ago both in terms of market rules and trade opportunities. Today it offers different possibilities compared to the past but it is still a remarkable field for business for those who have grasped the right opportunities by changing their commercial profiles and shaping their proposals on the basis of circumstances and mutated needs.
Talking straight with exhibitors, IFDM gathered several experiences which may be summed up in few concepts: trade agreements are less numerous but more stable; reliable investments in human resources increase within the area; there’s a stronger Italian brand positioning in the Russian market;
a more specific ability to monitor the Russian wealth all around the world is been recorded by the Italian companies.
These are the main rules of globalization which have reached the country during a moment of political and economic transition: a right understanding of the Russian market may be the best key to make important decisions and regain the levels of turnover lost by the international companies.

The first day at iSaloni Worldwide went beyond expectations and the second one has confirmed this good impression.
As someone once said, “it is necessary to prolong positive moods”: the first signals have come from the market. Now it’s time for the companies to give them continuity. Cause the light of the East is still on.

An office for outdoor use? The Gandiablasco challenge