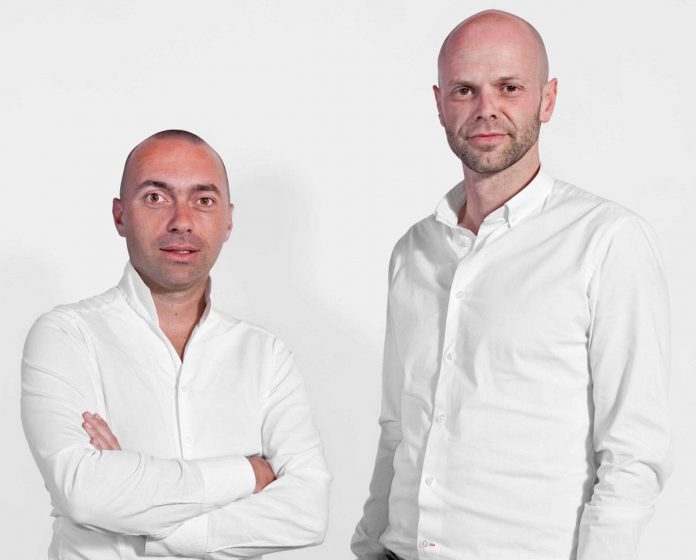 «When creativity meets reality, it creates emotions and emotions are priceless», this is the slogan that greets visitors to the website of Studio D73, which was founded by the architects Marco Vismara and Andrea Viganò, with offices in Brescia (their city), Moscow, Tbilisi and Tunis.

Passion for architecture and interiors, curiosity about international cultures and an innate sense of reality have rapidly led the pair to cross borders to present themselves in the international markets.

The villa that they recently completed in Moscow gives us an opportunity to examine the subject of “Russia” with them, a country which has experienced economic uncertainty in recent years, bringing wealth and opportunities to Italian companies and also taking them away, but whose size and potential makes it a very popular and in some ways undiscovered destination for Italian companies.

The interview with Marco Vismara confirms that the taste of the Russians and the ‘Cyrillic markets’ is gradually changing.

The situation in Russia is still delicate, presumably even more so in the middle segment of the market, while the “rich” segment is not suffering in the same way. What is your experience of this period?

The international sanctions have certainly slowed down the economy and have affected society at every level. But we need to make a distinction: the income of Russians who have international business is dependent on the euro and the dollar, so their purchasing power in Russia – partly due to the devaluation of the euro – has significantly increased. Meanwhile, those who depend on the domestic markets are suffering. All this has led to a behavioural change among local customers: more attention is paid to value and to the design phases. In the past, during the economic boom, excessively lavish architecture and interiors were created. This is no longer the case.

D73 has had offices in Moscow and Tbilisi, in Georgia, for years: how do customers in these countries compare with those of Europe and Asia?

Working in Russia requires that one always bears in mind the country’s immense cultural heritage: music, painting and philosophy give the Russian people an innate philosophy that on the one hand makes them demanding clients, but also means that they are capable of improving the characteristics of a project.  Russian clients do not accept delay, do not consider price changes, require speed, promptness, punctuality and precision; however, in addition to their many requests, they also express deep appreciation for the work of designers and allow professionals to improve the organization of their business. If a relationship with a Russian client works, it will lead to referrals: the villa in Moscow was the result of good work that had been carried out previously.

Let’s talk about the Moscow villa: a major undertaking for a major client

The villa in Moscow (2100 sq m) is the third one that we have designed for this client, so we were familiar with his taste and priorities: he loves warm environments and soft materials like leather. For this project, a pool and a spa, connected to the living area, were requested. D73 suggested a unique style, focused exclusively on Italian products, including the marble, flooring and finishes. A project that could be defined as contemporary-classic. Five years ago, it would have been completely different – we would have had to opt for the opulent classic-Napoleonic style.

So styles and taste change over there as well?

Russian taste has changed profoundly, but this is true of all countries that have experienced strong and rapid growth: it has gone from a classic-imperialist style to a modern style. Unlike Europe, in these “emerging” areas styles rapidly go out of fashion. Clients often travel, they observe and learn and are curious. The dominant style in Russia (as well as China) is classic-contemporary, which is warm and elegant, bordering on Art Deco without ever completely embracing it, and features highly sought-after fabrics, leather and finishes. D73 has undertaken work not only in Moscow, but also in other parts of Russia, including Siberia. We greatly admire the engineering ability of the Russians, while bringing Italian products and creativity to the mix. This is how we create effective teams.

Shall we finish by talking about Made in Italy?

Gladly. If I may make a suggestion, I would say that Russian clients want to employ Italian companies, but Italian companies must never disappoint them. Russian clients do not spend much time in discussion (unlike the custom among Italians), require clearly defined times and costs, and do not tolerate changes down the line. Over time, this has caused us to have some disagreements with Italian companies. Disagreements that have resulted in lost time. Business in Russia and abroad in general is much faster than in Italy – if you lose time, someone is already there to take your place.

How to combine fashion, design, art and history