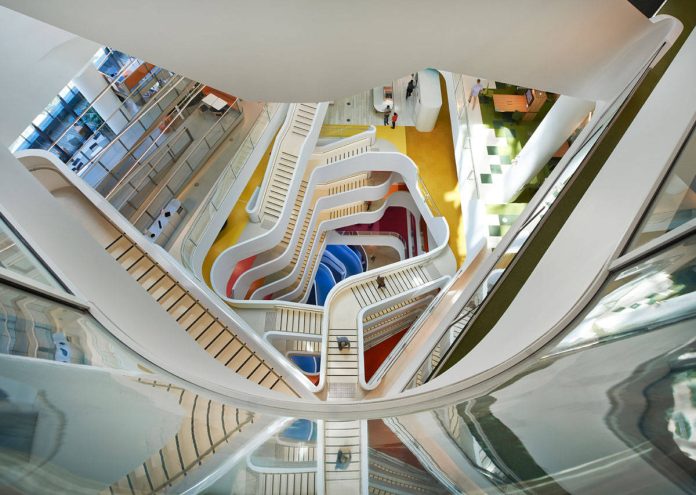 If such a comparison is admissible, INSIDE is to architects and interior  designers what Academy Awards night is to cinema actors and stars. An exclusive and unmissable event.

It is here at the World Interior Festival, that designers and architects come together from all over the world; it is here that the protagonists of design conceive and share ideas; and it is here too that the names, projects and trends destined to change the face of global interiors first emerge.

Talks, seminars and exhibitions animate this three-day event whose latest edition took place at the Marina Bay Sands in Singapore (from 4 to 6 November), a city which, incidentally, has also inspired this edition’s programme. In fact, Singapore has celebrated its 50th anniversary of independence in 2015, thereby offering us a chance to do some global thinking on how lifestyles and design have changed during the last five decades and how they are likely to evolve in the 50 years to come.

The INSIDE Awards represent the key moment of the festival: the red carpet of the world’s  best interior projects, nominations made by a jury of over 20 high-profile designers and publishers (including Matteo Thun and Sadie Morgn), which have led to the selection of nine winners, one for each of the categories competing:

– Bars&Restaurants: Vivarium, (Bangkok, Thailand), designed by HYPOTHESIS and Stu/D/O Architects. The original industrial style of the location has been preserved and warmed up by the addition of a natural touch of green which channels a new energy into this interior.

– Hotels: Hotel Hotel (Canberra, Australia), designed by March Studio. A project described by the judges as “a masterful integration of different spaces in a delightful and fluid space”. The project has already been awarded the title of World Interior of the Year 2015.

– Residential: Tree House (Rome, Italy), designed by MdAA Architetti Associati. The firm has converted a former barn into an original loft extending over two floors, one of which – the bedroom area – is a suspended space recalling a tree house.

– Retail: KKi Sweets (Singapore), designed by Produce Workshop. A space located in the School of the Arts, endowed with a dual personality: one engaged in the sale of design products for the home and another offering delicious sweets and desserts.

– Creative re-use: Shepherd’s Bush Pavilion Hotel (London, UK), designed by Flanagan Lawrence. The result of this renovation project is a 4-star hotel with 320 rooms. Much attention has been given to preserving the original volumes and structure, as well as the Art Deco atmosphere of the interiors characterizing the former cinema.

– Display: Ward Village Information Center and Sales Gallery (Honolulu, Hawaii -USA), designed by Woods Bagot. Looking out onto the sea, the building harmonizes perfectly with its surrounds, with references to the local motifs in its carpets and wood floors.

– Offices: Medibank Workplace (Docklands, Australia), designed by Hassell. The aim of this project was to create one of the healthiest places in the world with spaces dedicated to sports activities and a well-balanced diet.  The fluid interior architecture enables total freedom of movement in a dialogue between different floors and spaces.

In Bangalore a new showroom for Sicis

Ideas and solutions for hospitality in the third millennium from Hostys...

EquipHotel 2016: the Parisian appointment with the international hotel industry