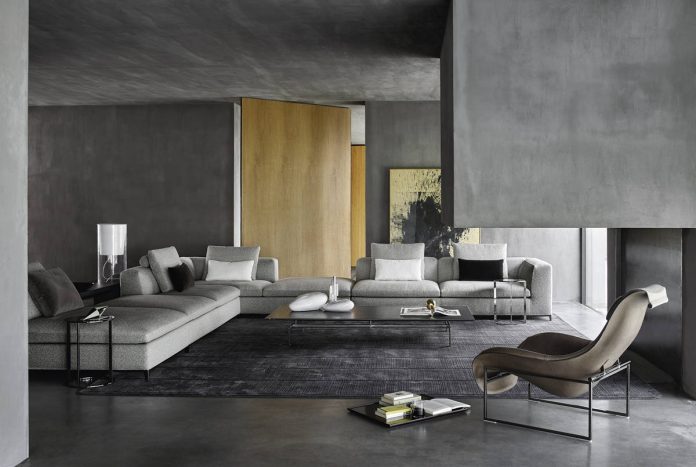 B&B Italia’s success in China is in no small measure down to its carefully selected stores and local partners, who Asia Sales Manager Paolo Ravelli defines as “professional, competent and increasingly focused on the world of contract”. These partners extensive experience has enabled B&B Italia to build up a distribution network capable of responding to the growth of the country as a whole. The brand’s local expansion plan will see a number of new stores open in China’s biggest cities, joining consolidated mono-brand stores already operating in Beijing, Shanghai and Shenzhen. “Our partners have taken steps to reposition the stores, which are now part of the high-end contemporary furniture sector, in response to the growing demand for quality products and international styles rather than classic design and traditional Chinese goods,” continues Ravelli. “It’s also vitally important that the entire distribution network is able to intercept and rise to increasingly demanding requests from operators in the contract sector.” In China, the company has produced a number of serviced apartments in Shanghai and Beijing, which are furnished entirely using B&B Italia and Maxalto products, while the brand’s contract division helped furnish the first Bulgari Hotel in Beijing and will do the same for a second site in Shanghai.

The Maxalto collection – with its ‘new classic’ vibe – is without doubt attracting the most interest from the local public. In addition to B&B Italia, the brand was showcased at the Shanghai event through a selection of furniture for living areas (such as the Astrum table by Antonio Citterio) and the bedroom, all situated in a display area spanning over 150 sq m. “The Arclinea brand is also being featured this year,” adds Ravelli. “They are a leading company in the high-end designer kitchen sector with whom B&B Italia launched a strategic partnership last September. Our products really complement each other and both companies strive for excellence in industrial production.”

A question of style

Cappellini according to Elena Salmistraro