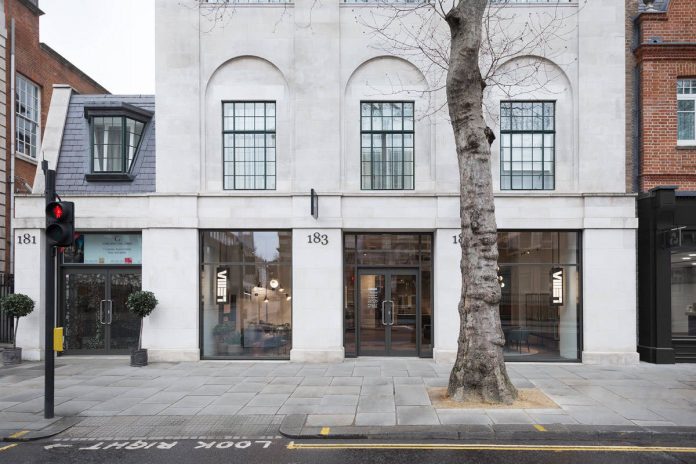 London marks a new milestone for Lema, strongly committed to a policy of internationalization, has recently opened its first company-owned  flagshipstore at 183, King’s Road.  “London is a crucial location on the international market right now, with its concentration of key players – the contract market; the most influential architectural practices working around the world; property developers involved in major projects – our presence here represents a strategic investment for the Group, one that aims at increasing Lema’s partnerships on the international market and establishing the brand firmly on the international high-end furniture scene,” said the President Angelo Meroni.

The Kings Road flagship store is designed by Piero Lissoni and has been conceived to stage the two main identities of the Group, Lema Casa and Lema Contract. These two manufacturing realities represent two separate but interconnected pillars of the Lema brand, united by a common thread: the culture of know-how, tradition and innovation. “The Lema flagship store in London is much more than just a showroom; it functions both as a furniture store and as a bespoke design atelier. I have tried to preserve the idiosyncrasies of the existing building, in consideration of both its local surroundings, and its location within the UK’s capital.  We adapted the original space adding new details, and we softened its industrial look” said Piero Lissoni.

Distributed over two floors and occupying an area of 400 square metres, the Lema flagship store embodies the elegant style and relaxing Mediterranean atmosphere that define this brand’s character.   The ground floor, with large street-level windows overlooking the Kings Road, houses Lema Casa Collections. The brand’s iconic modular systems  and free-standing furniture, are the result of Lema’s enviable roster of design collaborations, which features products by international designers.  The showroom display flows organically to the lower floor, where Lema Contract is located – a bespoke-atelier for architects and interior designers, where a dedicated team is on hand to develop custom-made solutions for large-scale projects. Lema’s key presence on the contract market – currently registering a volume equal to 50% of its turnover – sees the brand involved in significant multi-apartment and hospitality projects, such as the London Bulgari Knightsbridge Hotel and other prestigious chains such as Hilton and Kempinski. Among the latest projects, Lema products are present in Cheyne Terrace, Fulham Reach, Neo Bankside and Park House developments.

A Mediterranean garden for Pedrali