The space of Living Divani in Milan is a glass box with metal walls facing the city. Until 21 May it hosts the exhibition Soliloqui:Milano, by the photographer (though the term is limiting) Gianluca Vassallo. 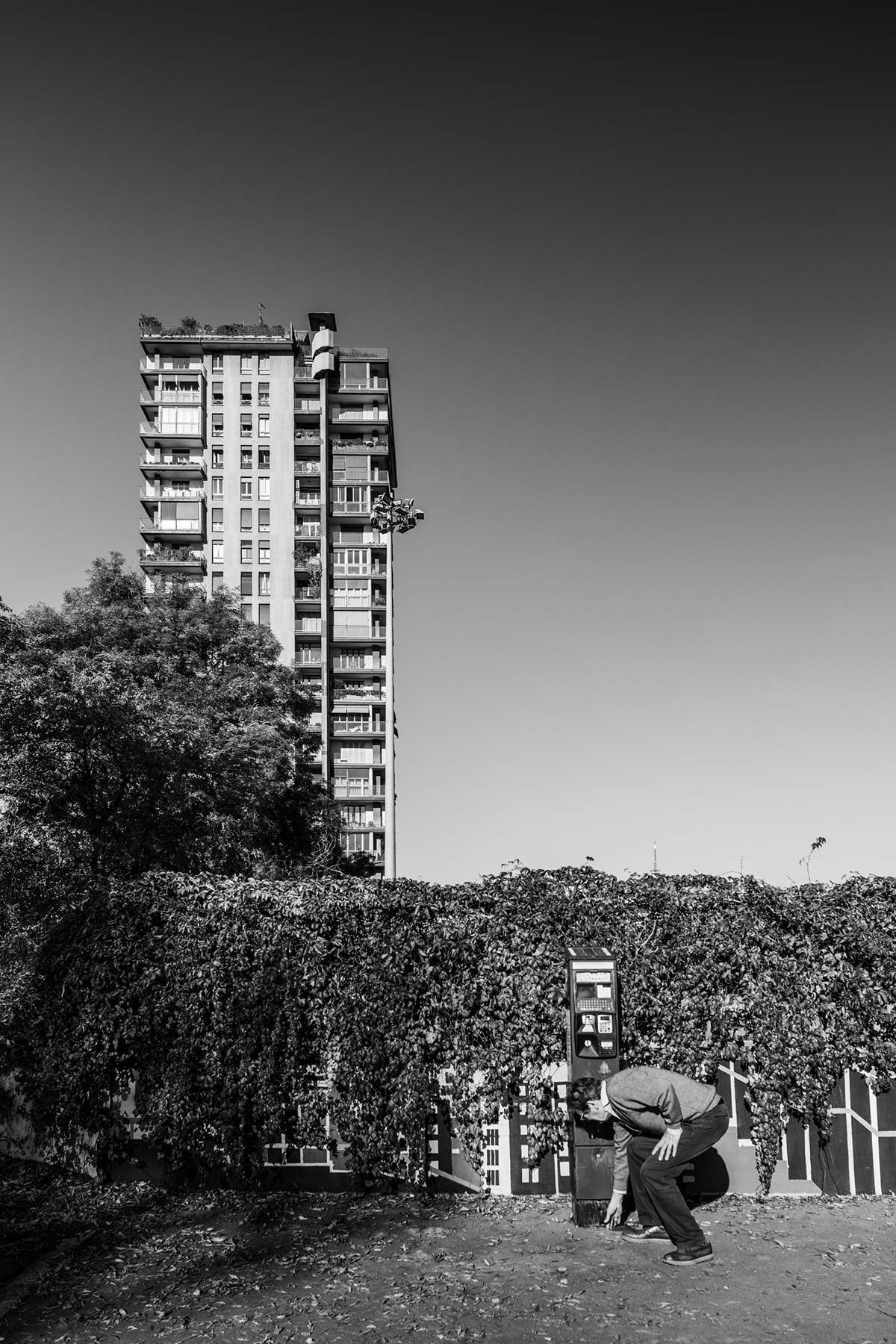 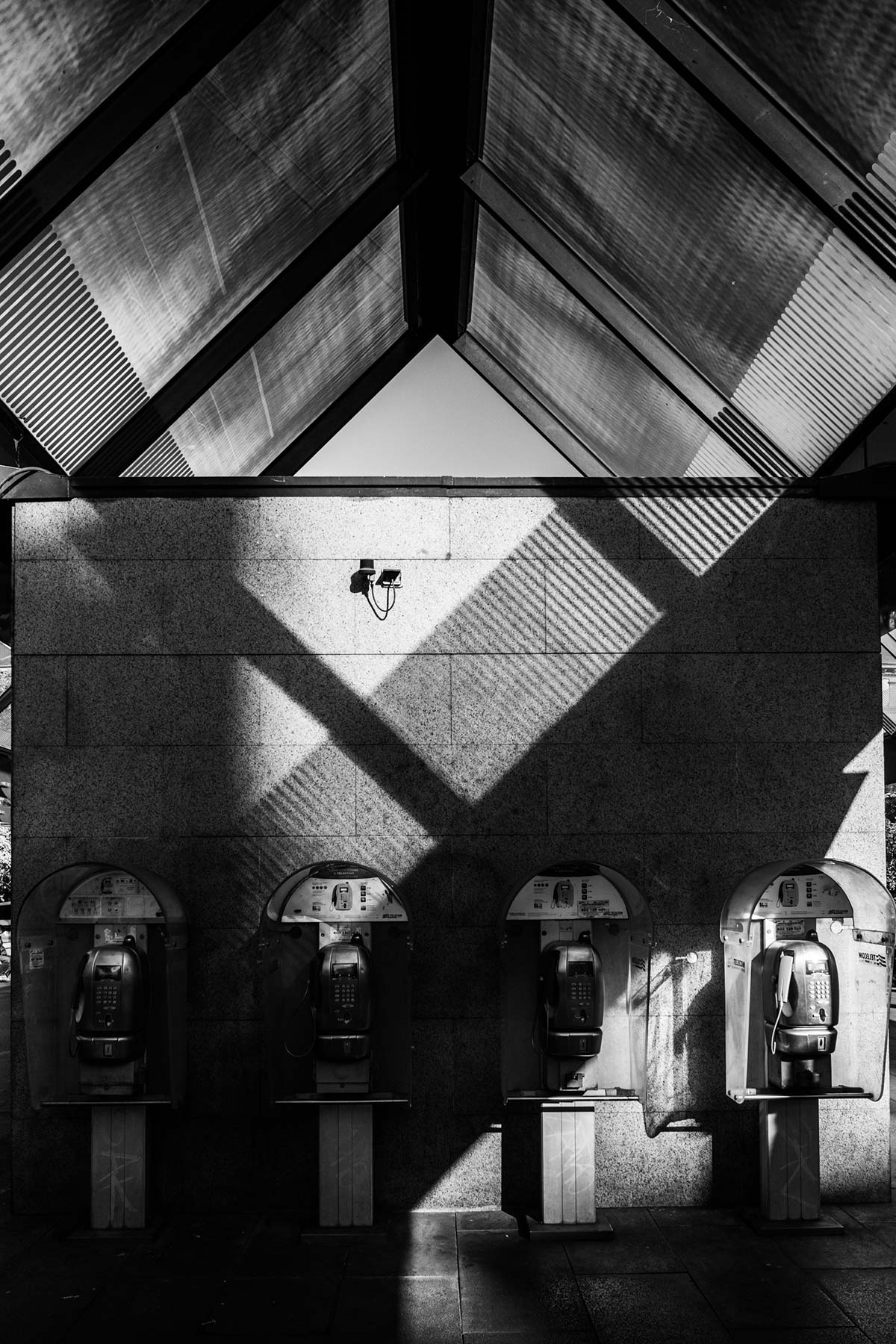 “This might be my favorite shot,” Vassallo says: “A man retrieving a coin from the grass at the base of a parking meter. I like the gesture, it’s so ordinary.” Behind the trees, like an extra in the scene, stands the Torre al Parco by Vico Magistretti. 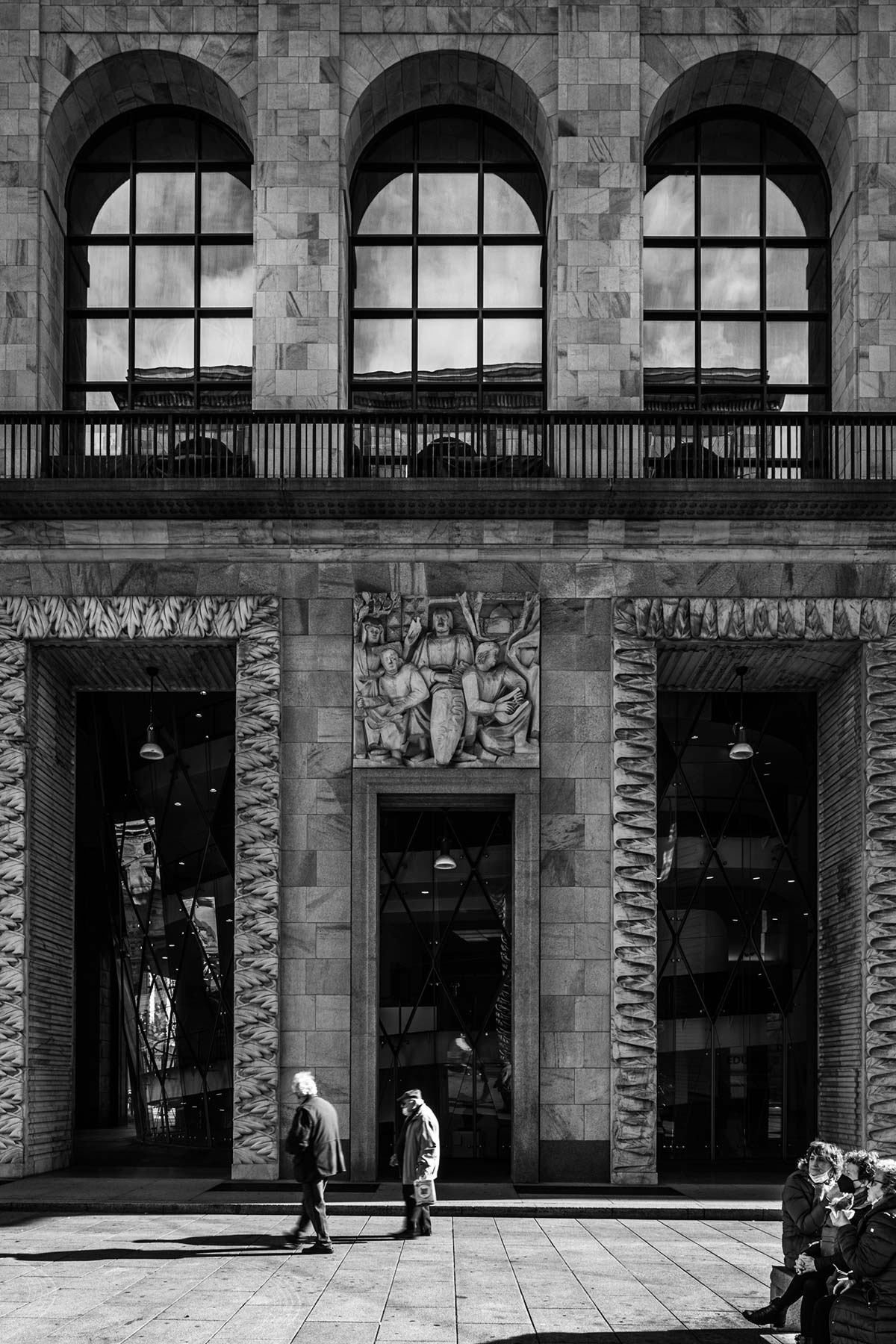 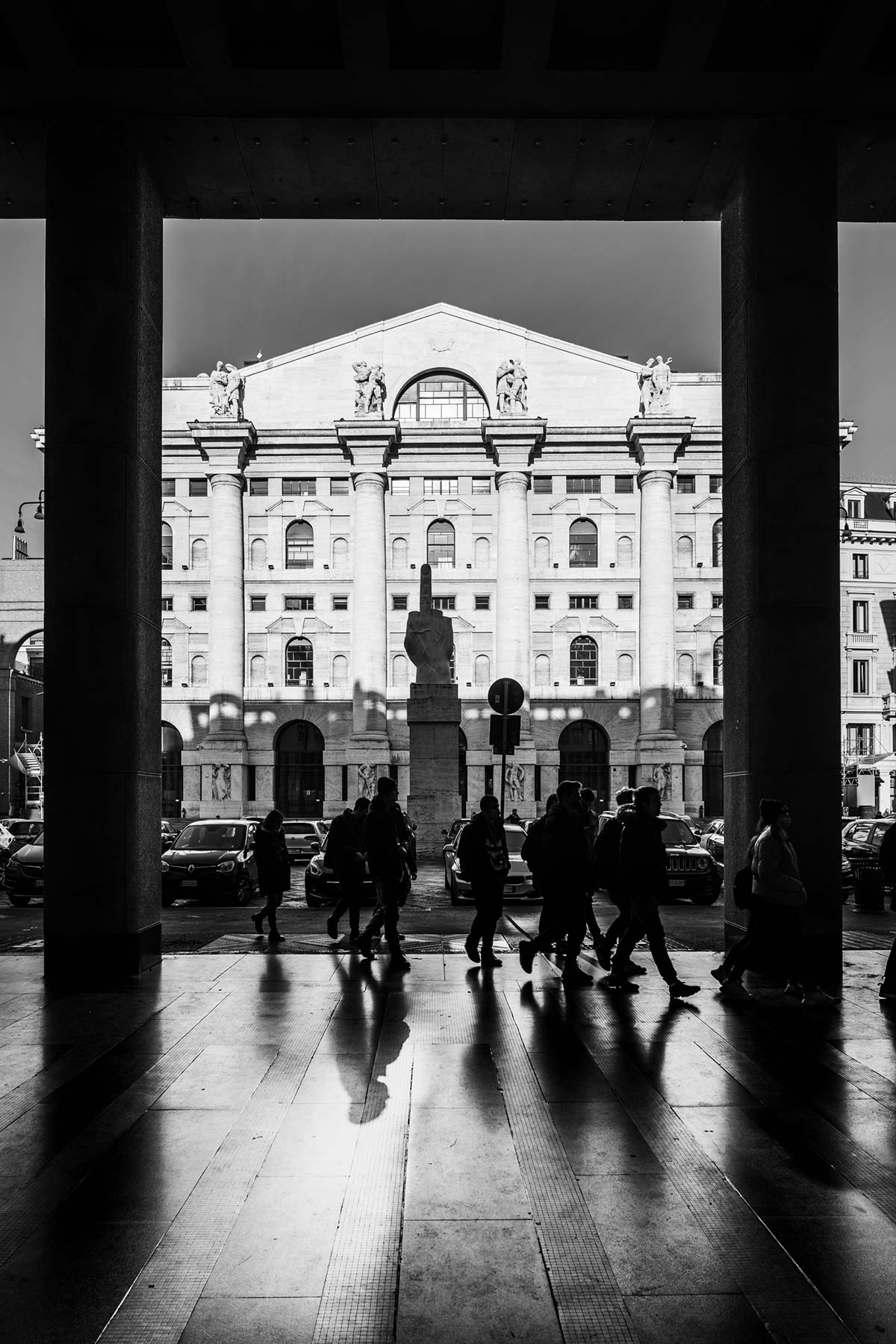 The voyage taken by Vassallo and his camera across Milan is an erudite pathway, based solid architectural knowledge. He goes straight to the soul of the city, displaying it without any rhetorical flourishes. The architecture (often famous) is portrayed as a backdrop for the ongoing life of the city.

The exhibition of shots by Vassallo (who has come to grips with design on other occasions, as in the photo-video project Vite (Lives) for Foscarini) has been set up by Piero Lissoni, the designer of the entire store. 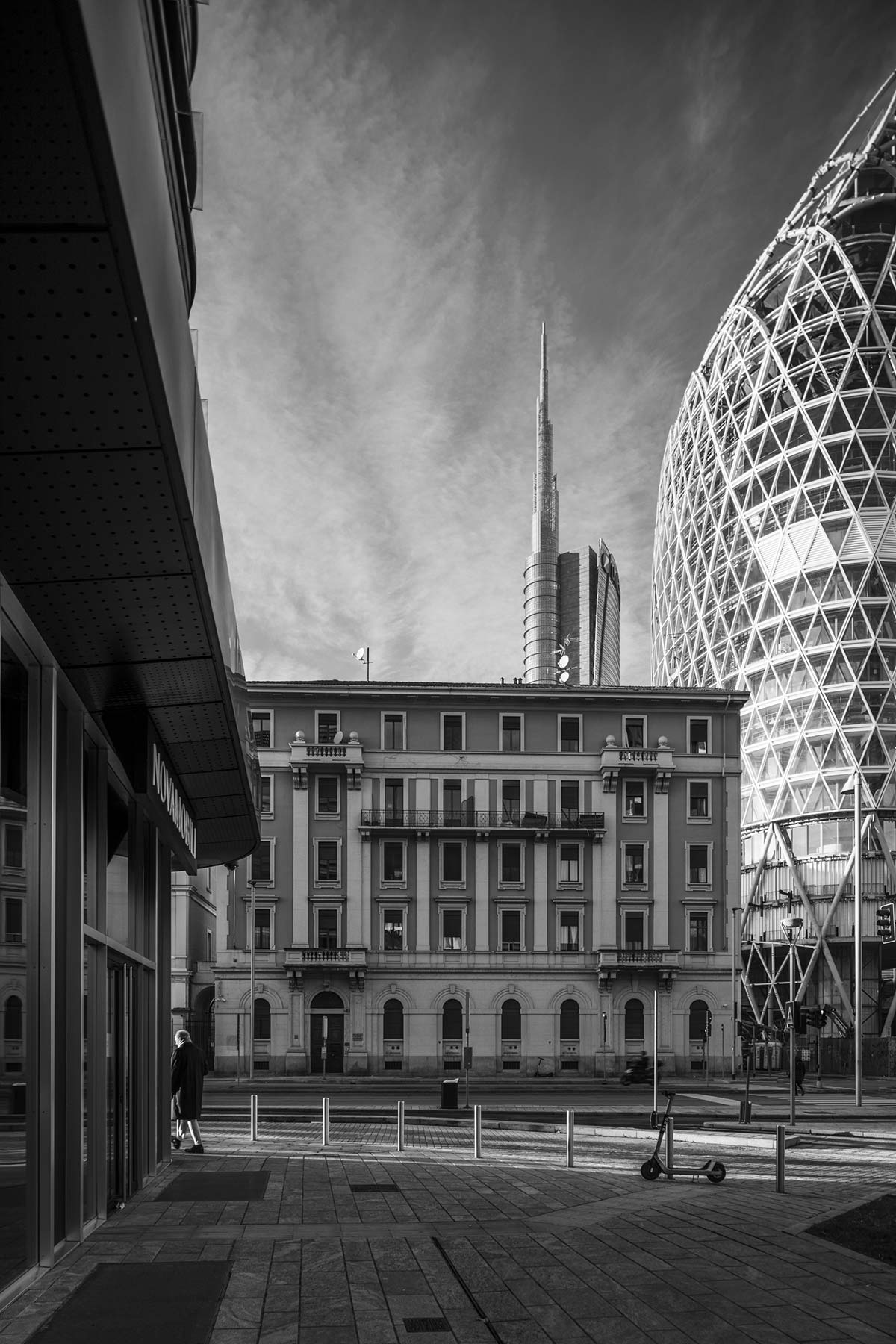 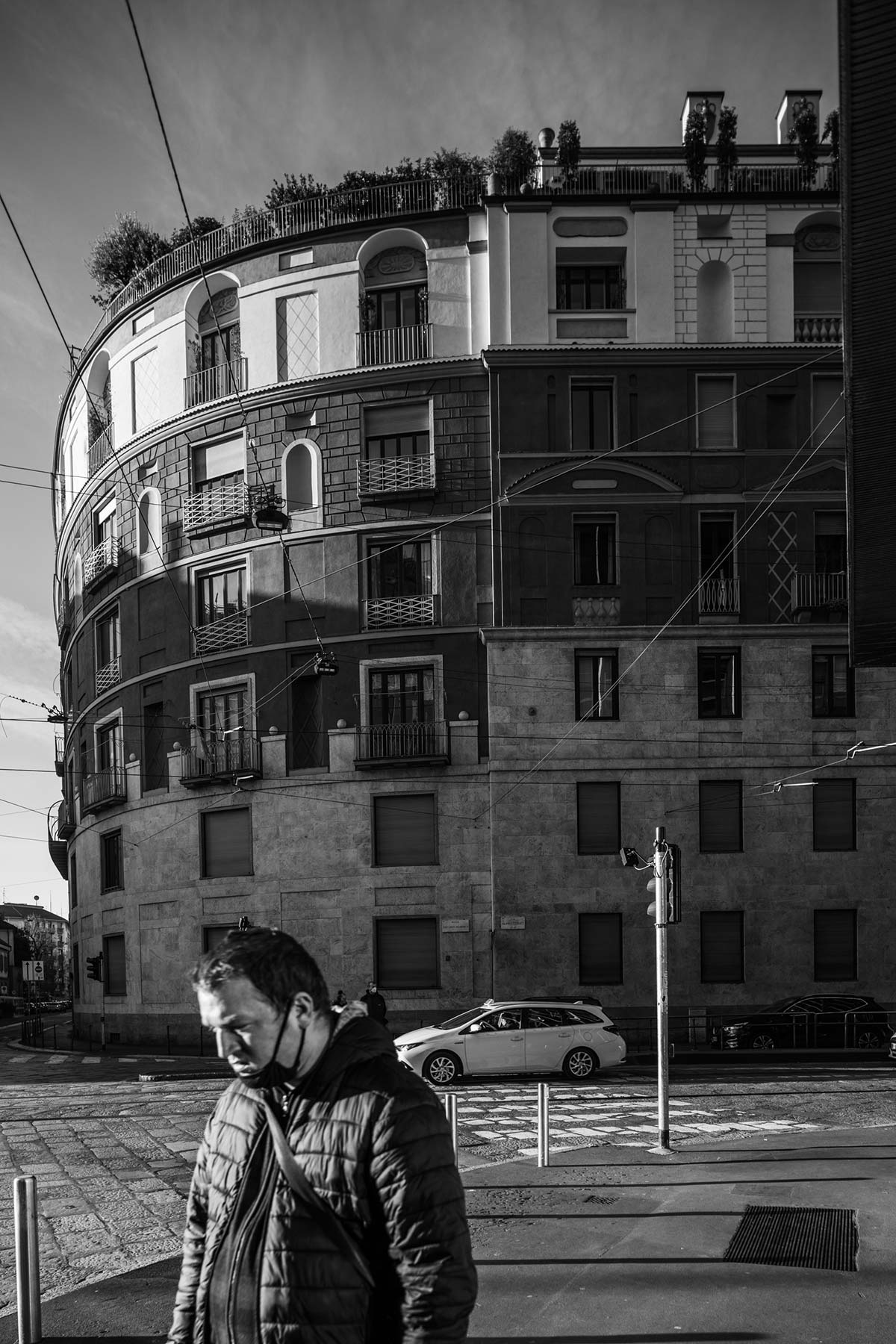 “Milan seen through the lens of Gianluca meets the gaze of the townspeople on his works through the large windows of the Living Divani Gallery. In this game of gazes, the space reveals its potential as a container of art: a sort of transparent tableau open to the city, triggering dialogue with other creative disciplines,” says Carola Bestetti, CEO of Living Divani.

The series of photographs is ideally completed in a video project that has the tone of a performance: Vassallo was asked to choose one Living Divani creation and to photograph it in the urban context. The artist selected a Frog chair (designed by Piero Lissoni) and took it around the city, capturing these spontaneous installations and the reactions/interactions of passers-by. With an amused and engaging spirit, capable of closely observing the life of the metropolis.

We live in the age of ‘always on.’ But our bod

B&B Italia Outdoor furnishes the garden of the Bulgari Hotel in...