What was the starting point for this project?
Patrick Jouin: It happened in two phases. My first meeting with Leucos was in 2004, when with my studio we designed a chandelier with 39,000 bubbles of Murano glass for the restaurant of Alain Ducasse in Las Vegas. The Million Dollar Chandelier, as I call it, then became Ether, a successful product in the catalogue. In the second phase, Manfrotto came to visit: he was curious to know who we were, and how we could work together.

Was there a precise brief?
Abramo Manfrotto: Actually we only talked about values. I confessed that I was frustrated, seeing objects in the catalogue that were very decorative but didn’t produce much light. We also talked about safety, resilience, longevity of the object and the style. So the brief was to translate these concepts into a ceiling lamp or a wall lamp.

How did the idea develop?
PJ: The first thing you have to think about when designing a lamp is the light source. We chose to light the table, the heart of the home, combining two sources, direct and indirect, that can be shaped and mixed. The innovative factor here is the indirect light source, a ring of LEDs housed in the body of the lamp and protected by an element in blown glass, without texturing other than the natural surface of the material: because Leucos also means the culture of glass. The idea was to create a lamp that could be dismantled, easy to clean. We worked to create an intelligent but also simple product, understandable for everyone.

The pandemic has made us rethink our way of living (and working) in the home. Has this also changed the way lamps are designed?
PJ: Of course. When you are in front of a computer you don’t need direct light. Aurelia has the same functions – and, in the end, the same technology – as office lamps, translated in a more sensual way.
AM: From our standpoint, the pandemic, which arrived just after our first meeting, meant that everything had to be done remotely, showing the prototypes on the screen of a smartphone. Everything took longer than usual. The first time Patrick saw the object directly was during the Salone in September: we were in a restaurant and I pulled the lamp out of a bag. We were already in the pre-production phase. It was a challenge. 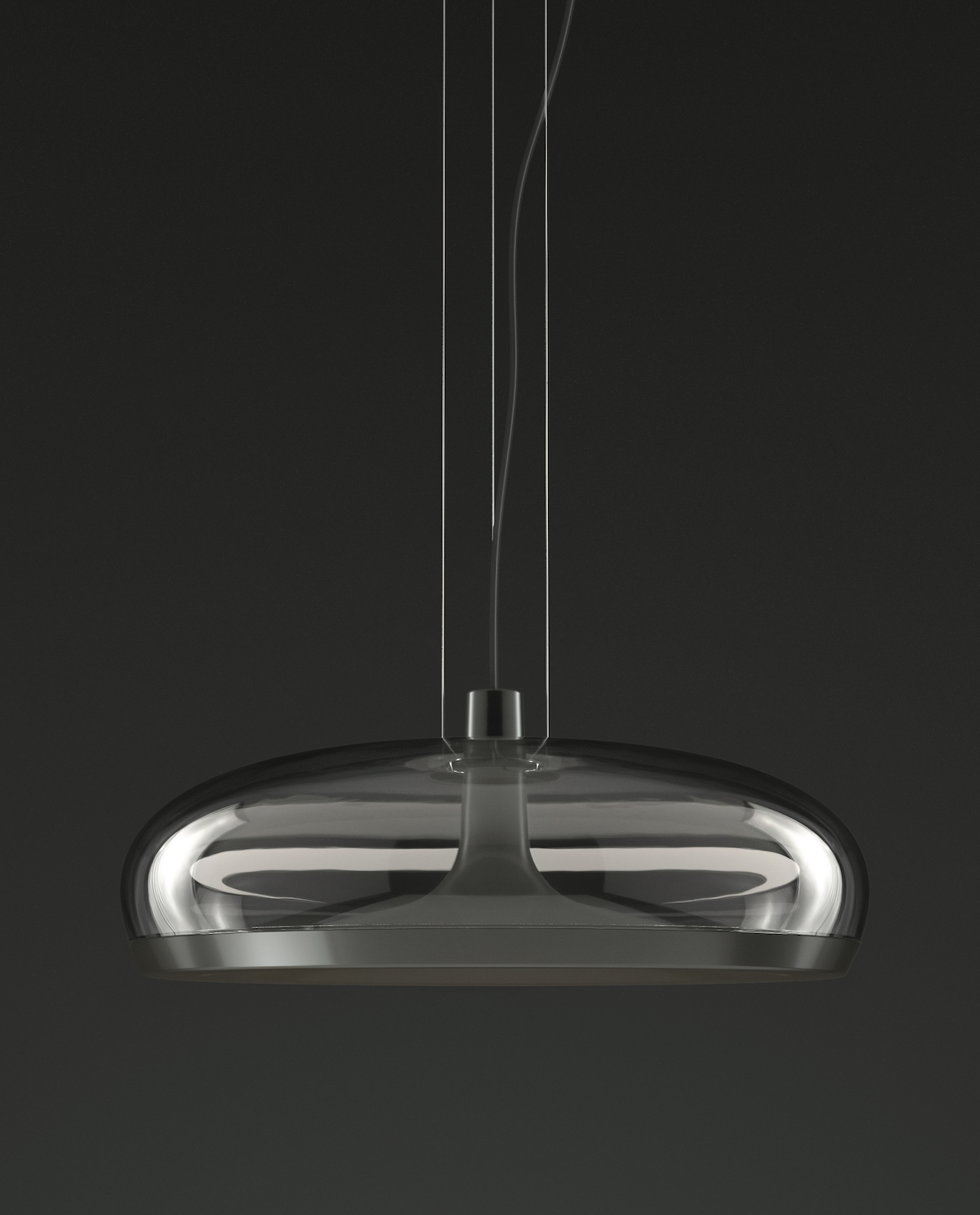 What sort of lamp would you both like to design/produce?
PJ: Every designer would like to be able to design a lamp that starts from the floor and arrives on the table (he waves his hand to indicate an arch, obviously referencing Castiglioni – ed.): it’s the holy grail of all designers. And it was invented by studying a function. Today the way we use our homes is changing, and this could be an opportunity: if I study this new scenario well, I can create a new lamp that reflects it in an optimal way.
AM: I would like to manage to engineer – and to patent, if possible – a technology that transports light, and then I would like to produce it ourselves, in an off-limits factory. All the rest could also be created by the customer, in a sort of co-design. I like the idea of decoration as something you make your own, not something someone else has imagined for you, which you have to accept as it is. That’s what my dream lamp would be like.

LaCividina believes in Made in Italy