Rome, caput mundi, and Naples, capital of what was once the Kingdom of the Two Sicilies, now a vibrant cultural crossroads. In these two oft-visited cities representing Italian identity in the world, Molteni&C | Dada has opened two new flagship stores, an investment that reinforces the group’s presence on the national territory.

The first flagship, in Rome, was opened on Thursday 30 September, inside the historic Palazzo Menotti, near the Supreme Court building in one of the oldest zones of the capital, Rione Colonna. The Roman store has been created in collaboration with Frattali, a reference point for design in the city since 1963.
A monumental space of over 300 square meters with seven large windows presents the complete offerings of Molteni&C and Dada, including the Ratio kitchen by Vincent Van Duysen, standing out in the window with its Breccia Capraia marble, the masterpieces of Gio Ponti and the elements of the Heritage Collection.
For the opening, the flagship store features a series of works by contemporary artists, consolidating the partnership with the art curator Caroline Corbetta for the project The Collector’s House. 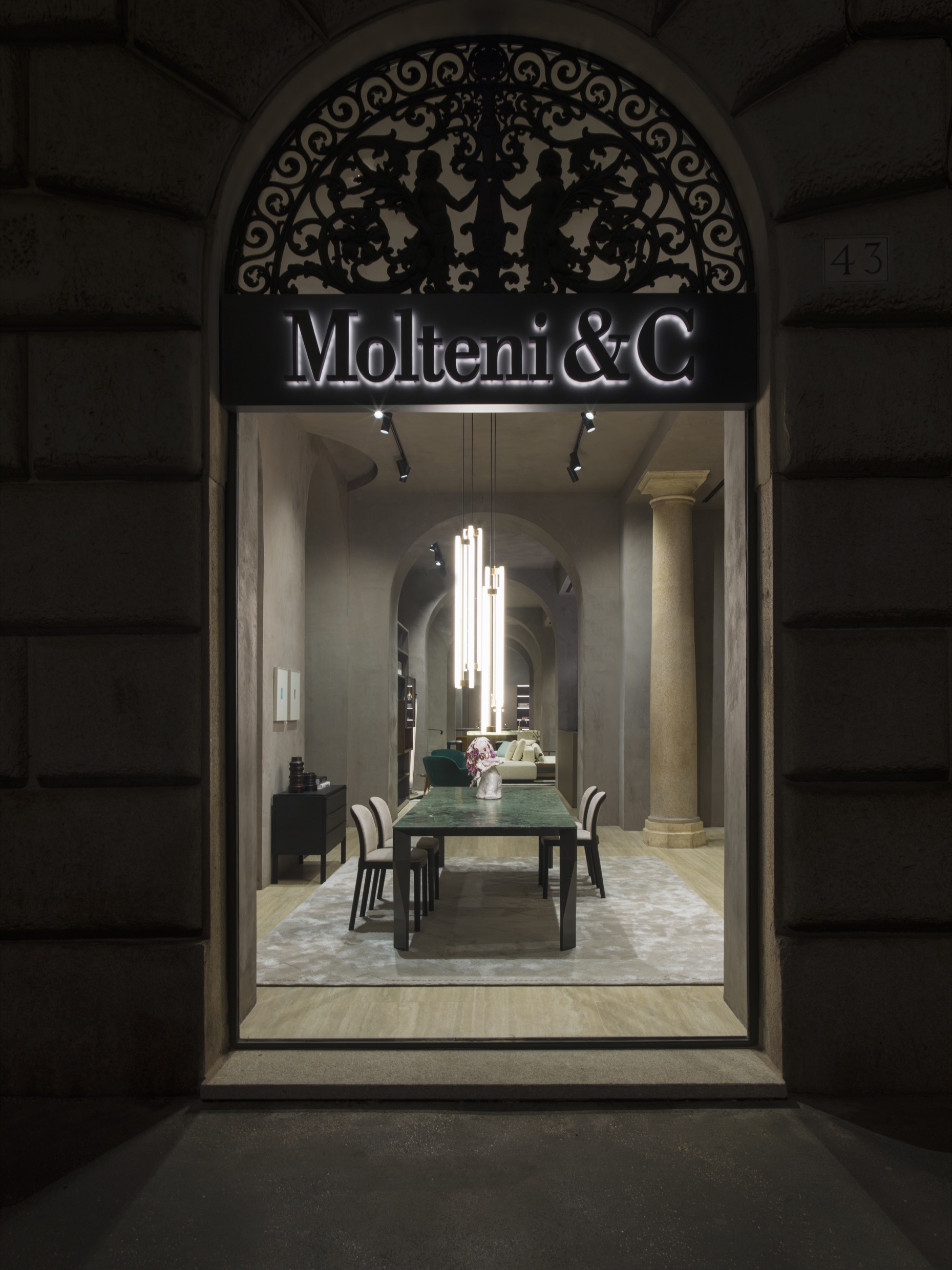 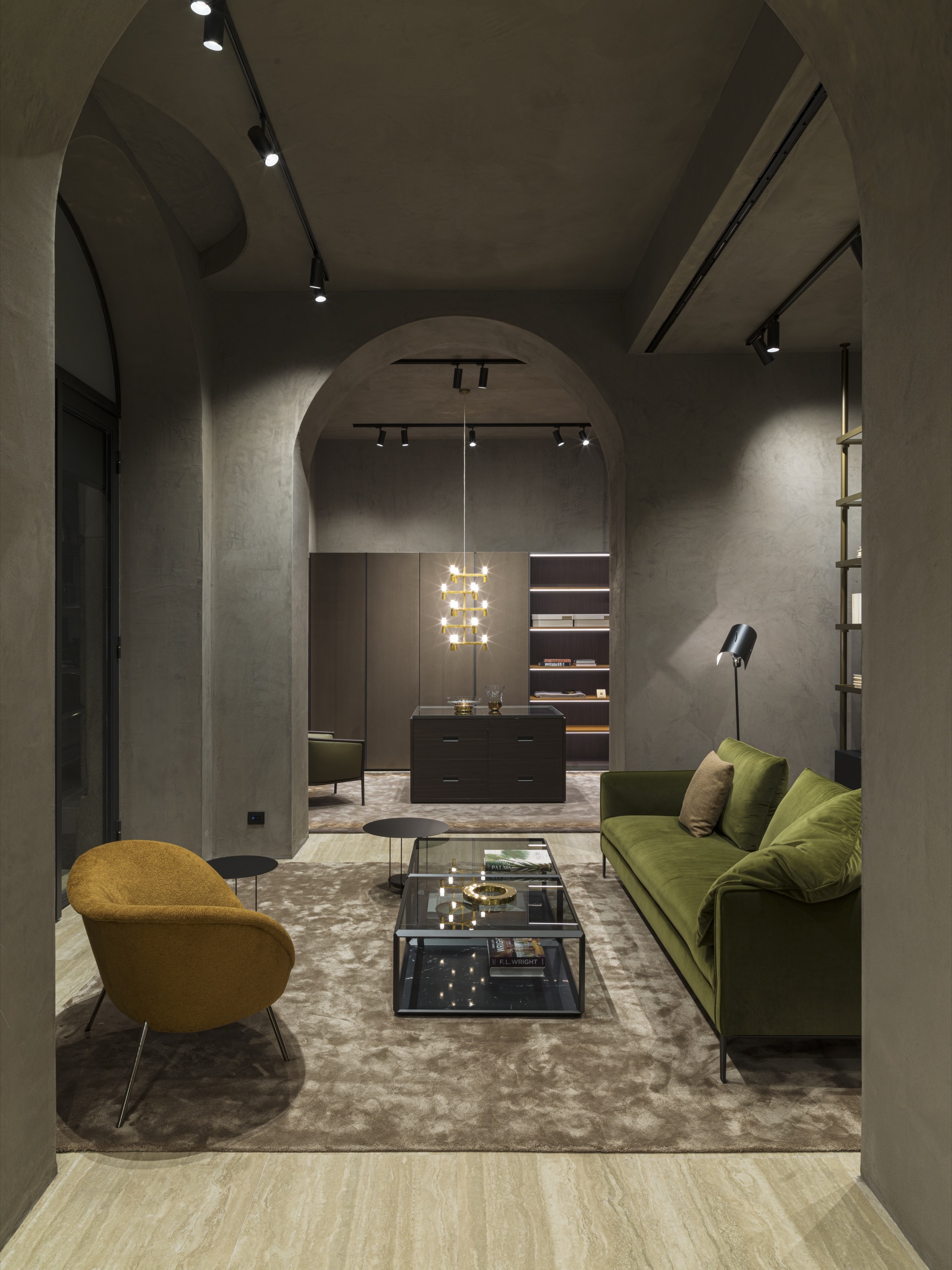 Heading south, the flagship store in Naples opened on 20 October is located inside the historic Palazzo Ravaschieri di Satriano on Riviera di Chiaia, in one of the city’s most elegant districts. The showroom in Naples, with an area of over 200 square meters and 5 large windows, has been launched in collaboration with ViaManzoni82, active in Naples for three generations.
A warm, dimensional, fluid and always legible space, with distinctive details and the most refined offerings of Gruppo Molteni, from the Paul sofa by Vincent Van Duysen to the Half a Square table by Michael Anastassiades.
The setting is completed by works by artists like Luciano Romano, Steve Riedell and Marisa Albanese, selected by the Trisorio gallery, as well as several canvases made by Ttozoi. 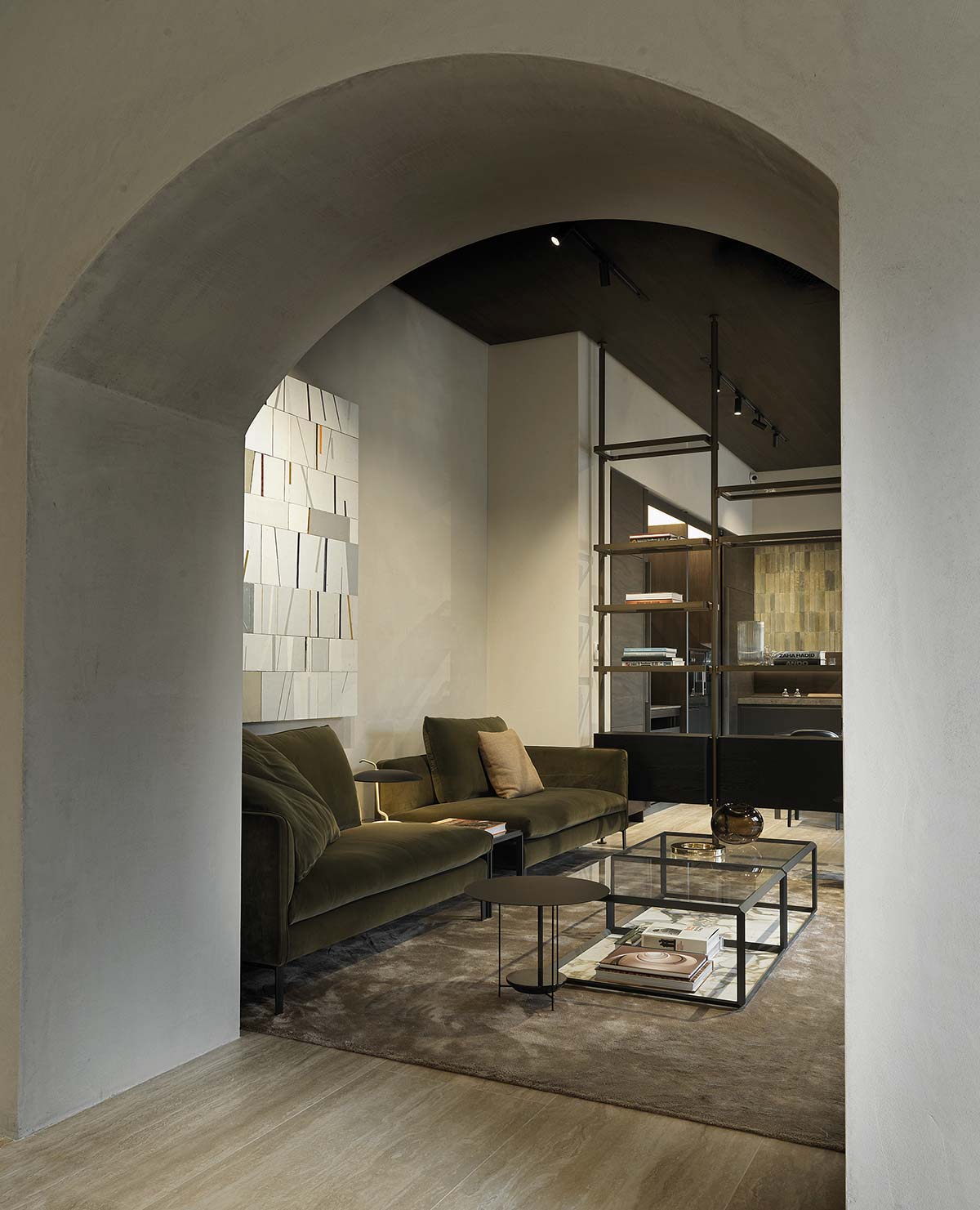 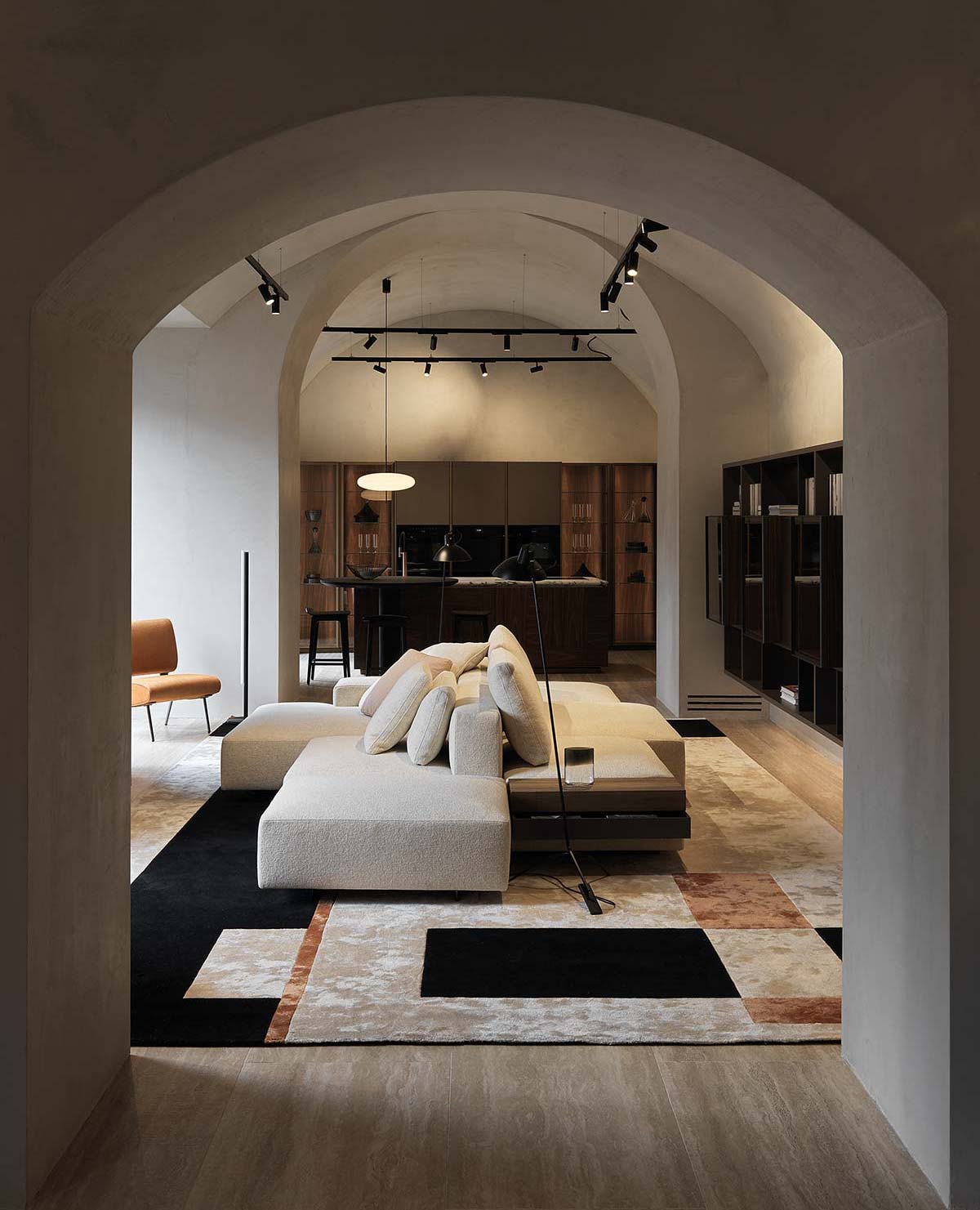