The objective was to create a cabinet for fluid positioning in the home: from the living area to the bedroom zone. It’s a piece that defies classification. Not a credenza, not a storage unit, not a bar cabinet: but a bit all of those things. I wanted it to be a mysterious object, harboring secrets and magic: this initial idea led to the name,” says Roberto Lazzeroni, the creator of Houdini for the company Giorgetti. 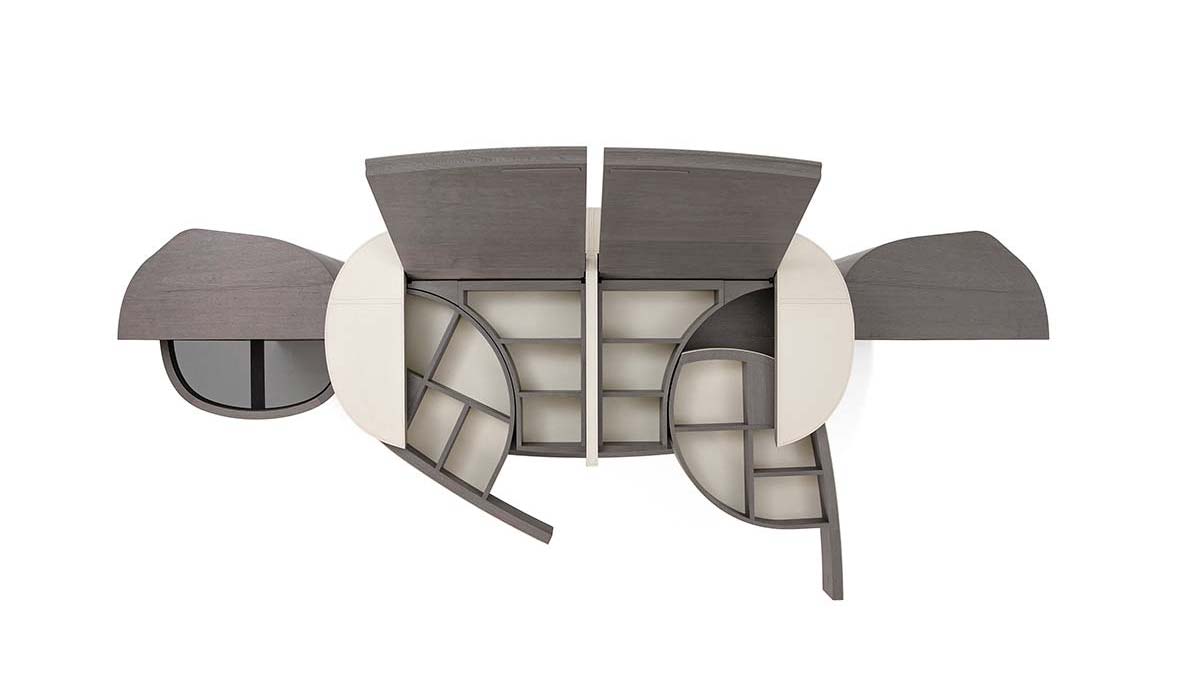 The name is that of history’s most famous magician, Harry Houdini, famous for his impossible escapes. From that aura of mystery, Lazzeroni has invented this object to contain jewelry, glasses or other things, which in the two-door version resembles two columns, true trunks that open to reveal shelves, compartments and drawers. 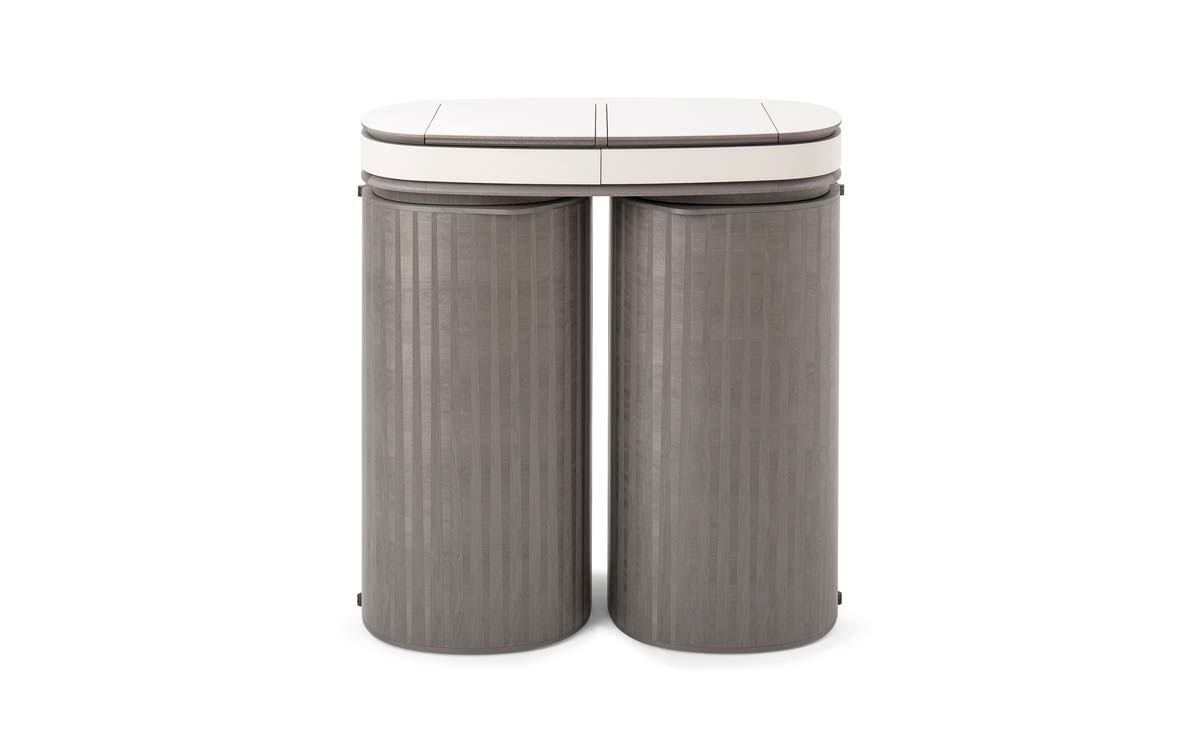 The magic of Houdini also lies in its workmanship, with an exterior featuring inlays of Canaletto walnut or maple, arranged in the direction of the grain, vertical and horizontal, for an intriguing effect on the surface. The inlays have been studied and arranged to create a sort of optical illusion depending on the vantage point. From a distance, the inlays seem to converge at the center, then extending towards the upper and lower extremities. In the version with a single column, there is the possibility of choosing hinged opening to the right or the left. The internal materials are also precious, where the shelves are enhanced by bronze or gray colored glass inserts, while the raised panel is covered in leather.

@stellarworks_official celebrates the opening of i

@interieur_be invites you to take a seat in the te

In tune with the surrounding environment and the w

@azimut_yachts presented the new Azimut 68 at the

Just a few weeks before @hostmilano, from October

Among the new offerings on view at @cersaie, the f

The boundaries between inside and outside are gett

Like an irregular, chaotic mass, it emerges from t

The Grande Trideck is the new flagship of Azimut B