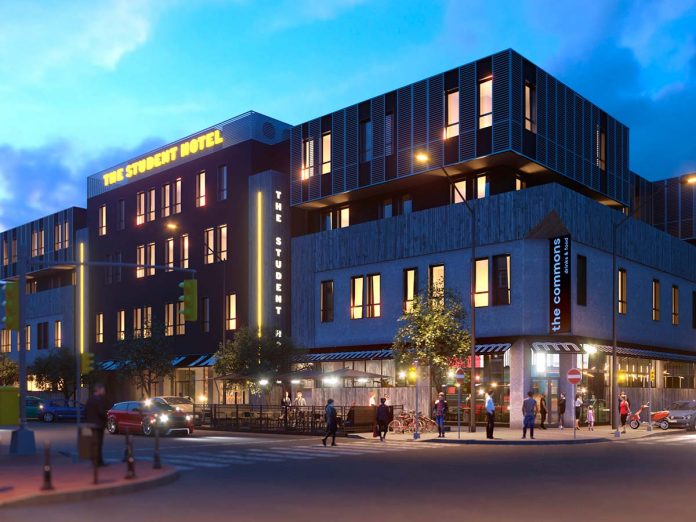 After the initial focus on Holland, Italy is the second European country chosen for the expansion of The Student Hotel. In keeping with its style, the group has developed direct hybrid offerings for cosmopolitan generations – students, tourists and smart workers – in search of places of connection and exchange, as well as a variety of life experiences. Even in this perspective, the investment earmarked for our country is strikingly large, especially in a moment of stagnation in the hotel sector. The 425 million euros will cover the opening of four new facilities: two in Florence, with the others in Turin and Rome.

On the map of Florence, the Belfiore zone sees the construction of a facility with an area of 82,000 sqm, boasting 550 rooms, and a zone of 3000 sqm for coworking, while for the former Manifattura Tabacchi complex the program calls for conservative restoration of 14,500 sqm to create a hotel with 318 rooms, generating about 200 jobs through direct and indirect sourcing. In Turin, in the Aurora district, an area of 30,000 sqm will contain 525 rooms, while for Rome a new structure with 481 rooms will be located in the former Dogana zone at San Lorenzo, near the Sapienza university. These projects join up with two already operating facilities opened in 2018, Firenze Lavagnini and TSH Bologna. Here, in the multicultural area of Bolognina, in spite of the present health emergency and the use of remote teaching, there are already 180 Italian and foreign students populating the spaces and the 361 rooms.

The Cosentino Group is the best supplier of the year. And...

A focus on Ukraine by ICE