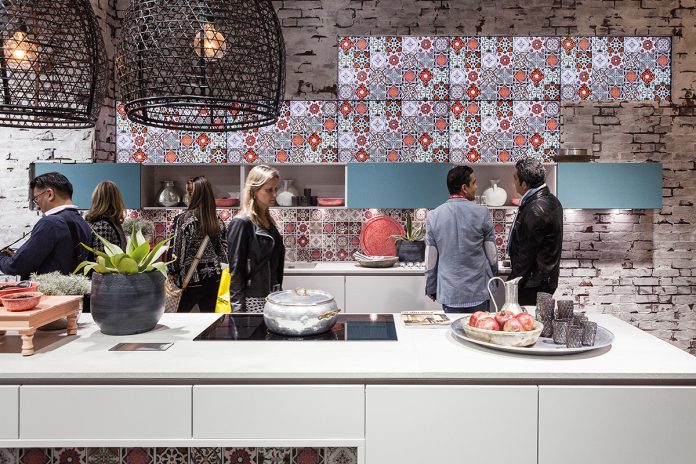 The expected inversion of Made in Italy furnishing trends can at least in part be attributed to this favourable period for international markets, signs of recovery coming from the Italian economy, as well as a climate of greater trust among companies and families, coupled with targeted initiatives such as the furniture bonus. Compared to 2016, the Italian furnishing sector actually exceeded expectations in 2017, achieving 1.3% growth according to a report by Csil, set to continue in 2018. Italy also stands on the podium of the world’s biggest exporters, just behind Germany, with both countries holding 7% and 8% of the world total respectively, far behind China’s 35%, a figure which is expected to grow even more. However, Italy has held firmly onto its prime position in high-end furnishing exports, with 30% of the world’s total.

Italian export beyond the European Union is on the rise, currently at 44%, although its main destination countries still remain France (16%) and Germany (11%), followed by Great Britain (10%). According to forecasts by Cisl, exports will increase by approximately 3% in 2018, but no more than 2.5% for 2019-20, due to an expected slowdown in the global economy.

The bathroom furnishing sector is also showing signs of recovery, consisting of almost a thousand companies and just over 20 thousand employees. The most recent figures refer to 2016 data, according to which there has been a 1.8% increase, up to 2,656 billion Euros of turnover, based on Assobagno data. A survey conducted by the Federlegno Research Centre indicates that bathroom furniture manufacturers embrace innovation: 87% confirm that they invest approximately 2% of turnover into research and development.

According to the study by Federlegno, the kitchen sector is showing even more promise, with a 3.8% growth rate, amounting to 2.2 billion Euros of total turnover. 2016 kitchen exports confirm an impressive upward trend: up 4.6% compared to the average rate for Italian furnishings (+1.8%), despite the sector’s traditional reticence for selling abroad. The kitchen sector has taken advantage of an acceleration in the contract market, beyond the European Union in particular, inserting itself as a supplier for large-scale projects, resulting in a boom in exports to the USA (+22%), as well as other areas characterised by strong real estate growth, such as the Middle East and China.