Situated on a small promontory overlooking the sea, south of Tel Aviv, Jaffa brings with it a history of conquests, glories and prosperity, but also a lengthy series of destruction and an extended period of profound forgetfulness. With time, due to its uniqueness and the stark contrast with the “white city”, despite its proximity and belonging to the same municipality, Jaffa has transformed from being a place at the outskirts into becoming itself a place for artists to live, a home for the lovers of the astonishing labyrinth, not only physical but also temporal, in which its multiple identity has been written. 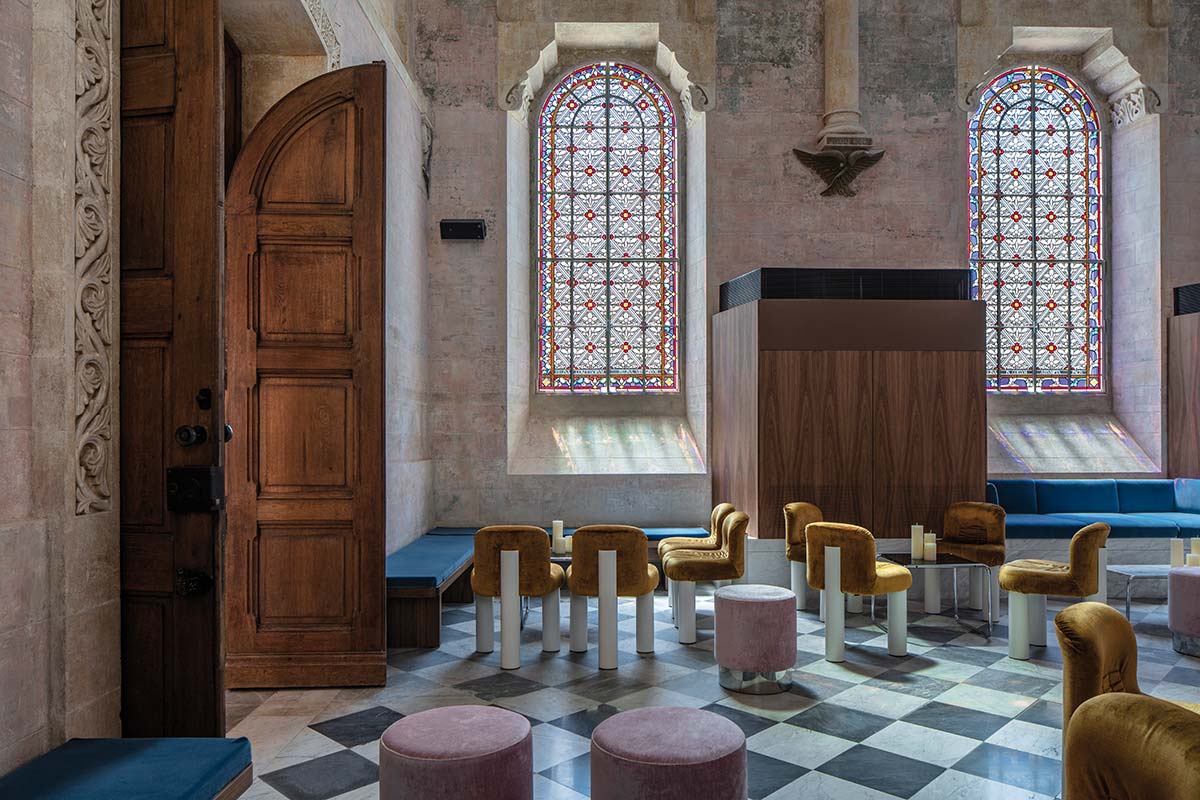 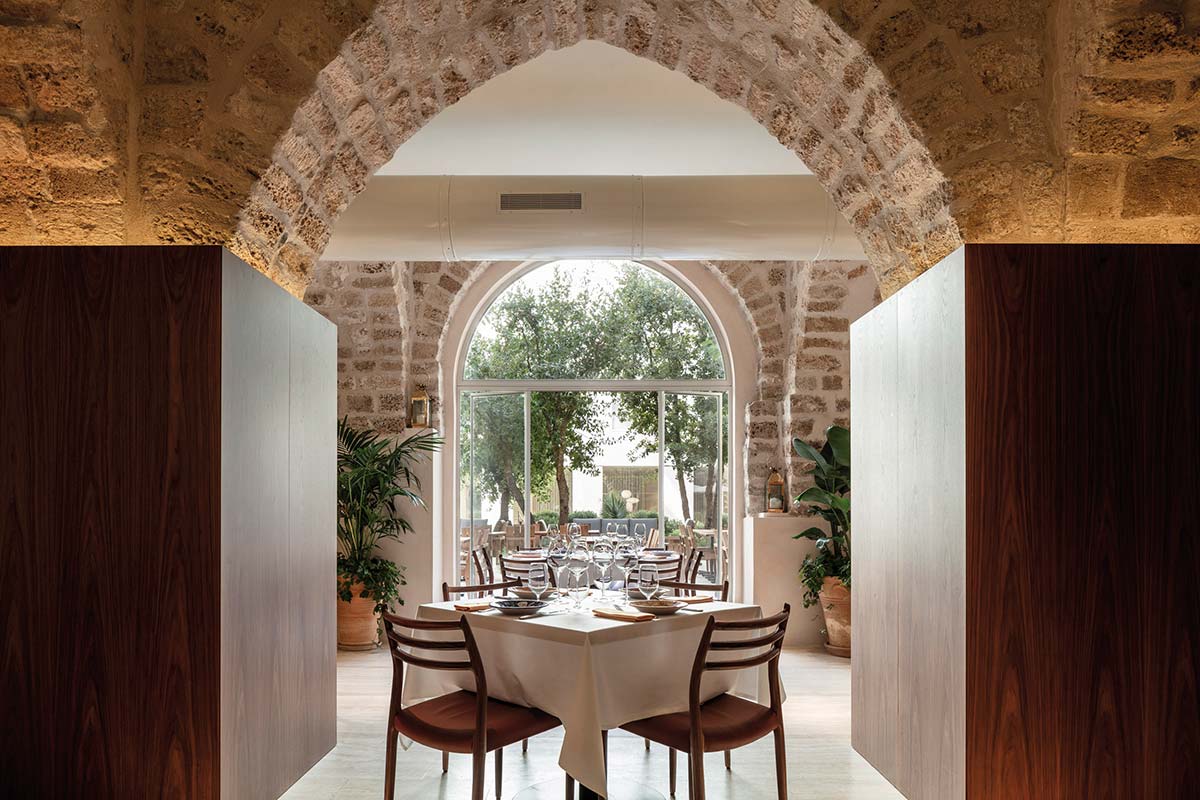 Part of this secular stratification can be admired in the incredible and brand new hotel created from a neo-Romanesque building erected in the nineteenth century to house a French hospital, and even before that, a convent, in the maze of cobbled alleys that lead to the port. Its name is The Jaffa – in fact the first hotel in Israel of the famous New York chain, Marriott The Luxury Collection Hotels & Resort – and it is the result of meticulous restoration by the London architect John Pawson, in collaboration with a team of experts led by the local architect Ramy Gill. 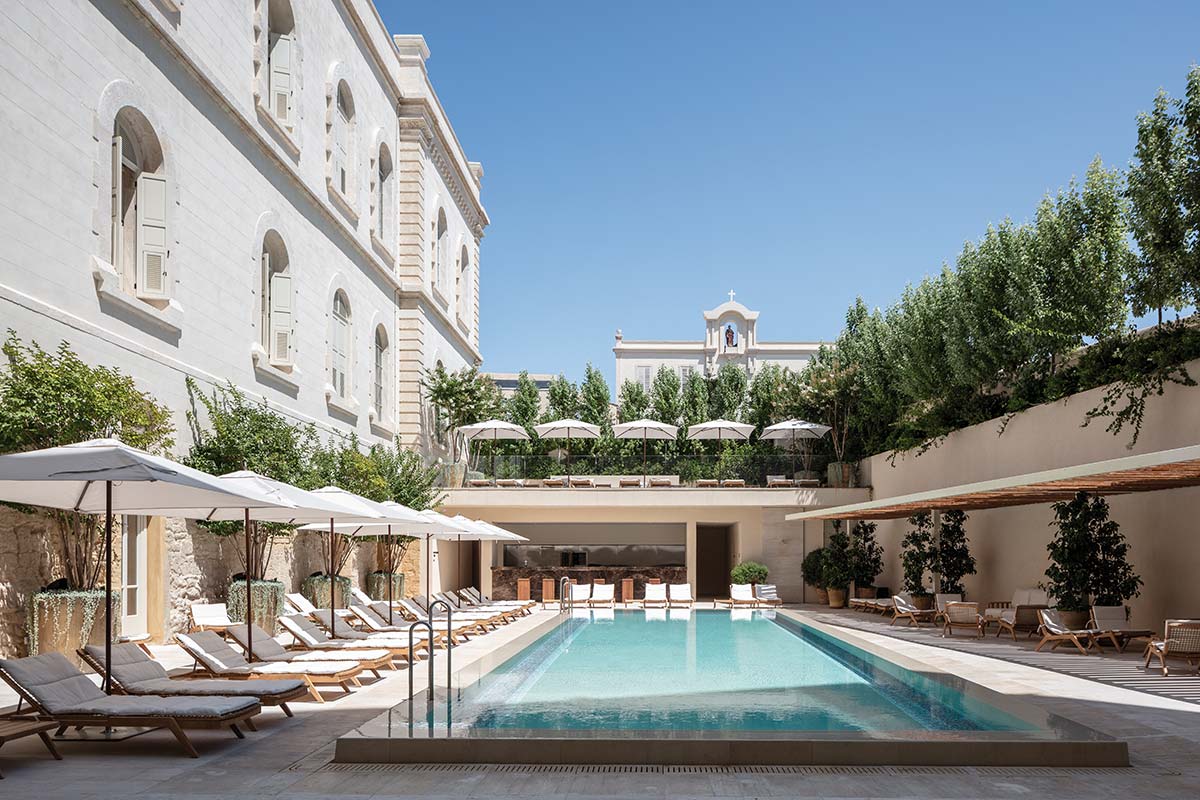 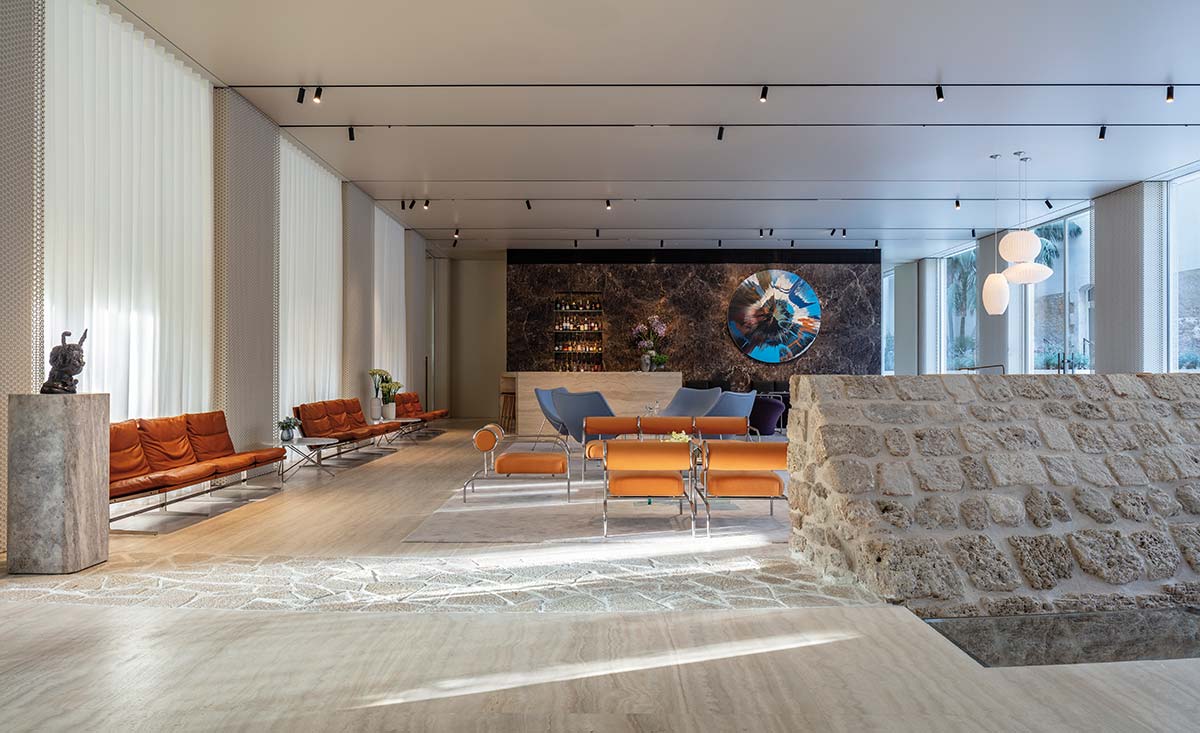 The five-star hotel has 120 rooms to which one adds 32 extra-luxury residential units created in a new adjoining building, all with independent access and the possibility of using the hotel’s facilities, including a swimming pool in the internal courtyard, lounge areas, a state-of-the-art fitness centre, a spa and two restaurants. Throughout the complex the beauty of the differences is expressed in a rarefied atmosphere that speaks of uniqueness and contaminations, of the past and of contemporaneity. Pawson, without losing sight of the principle of subtraction that refers to the ideal of rigour and essentiality that is very dear to him, to the semantic charge of architecture juxtaposes strongly iconic and coloured furnishings. 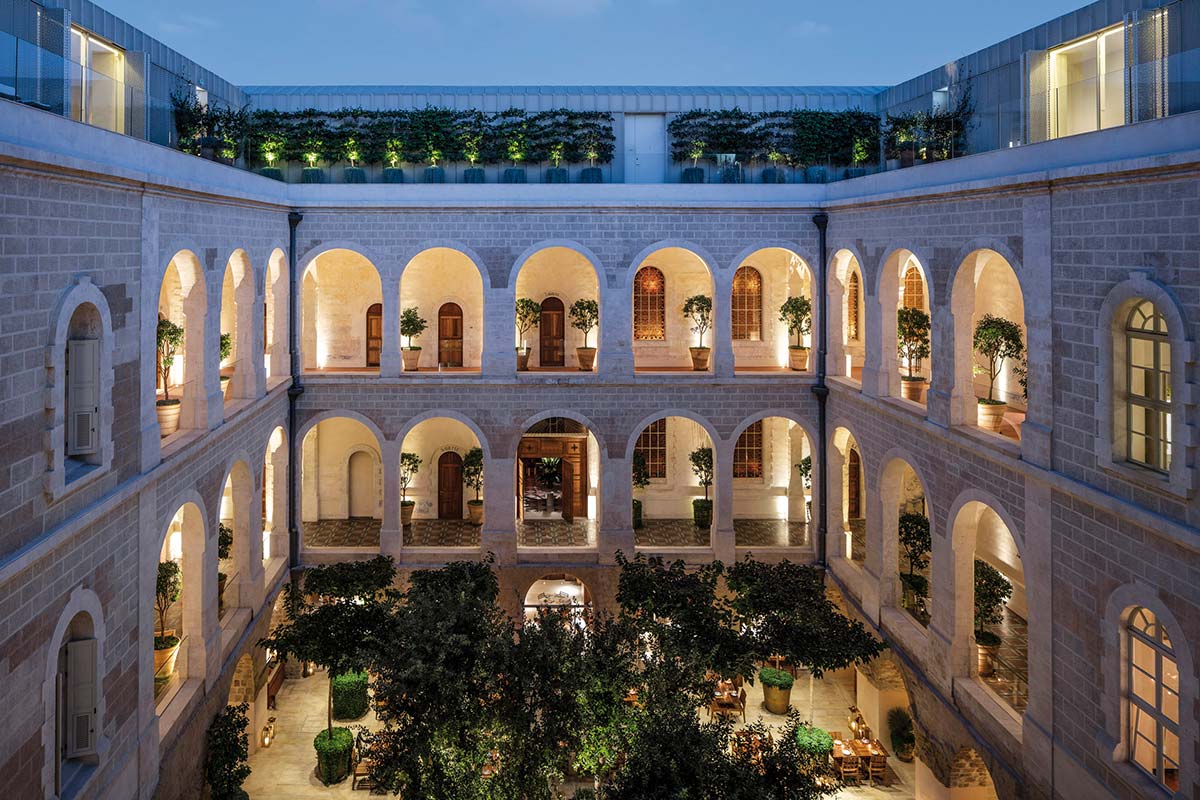 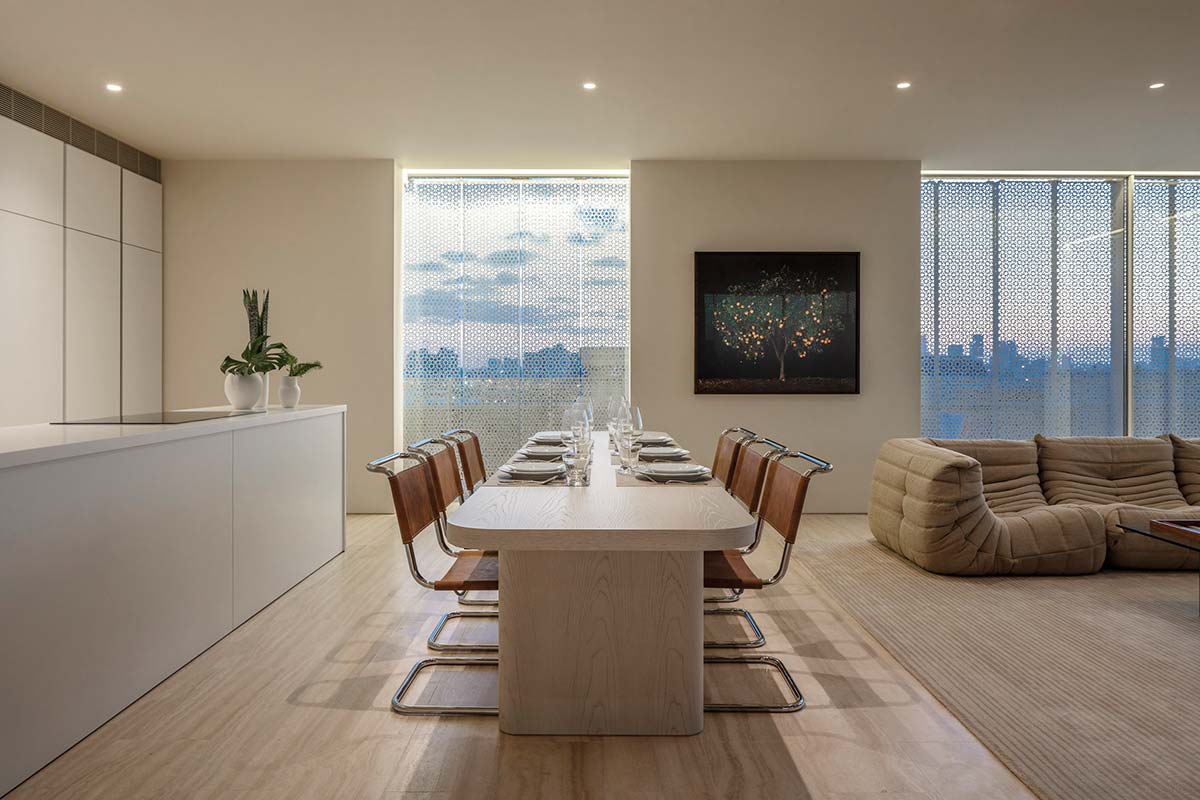 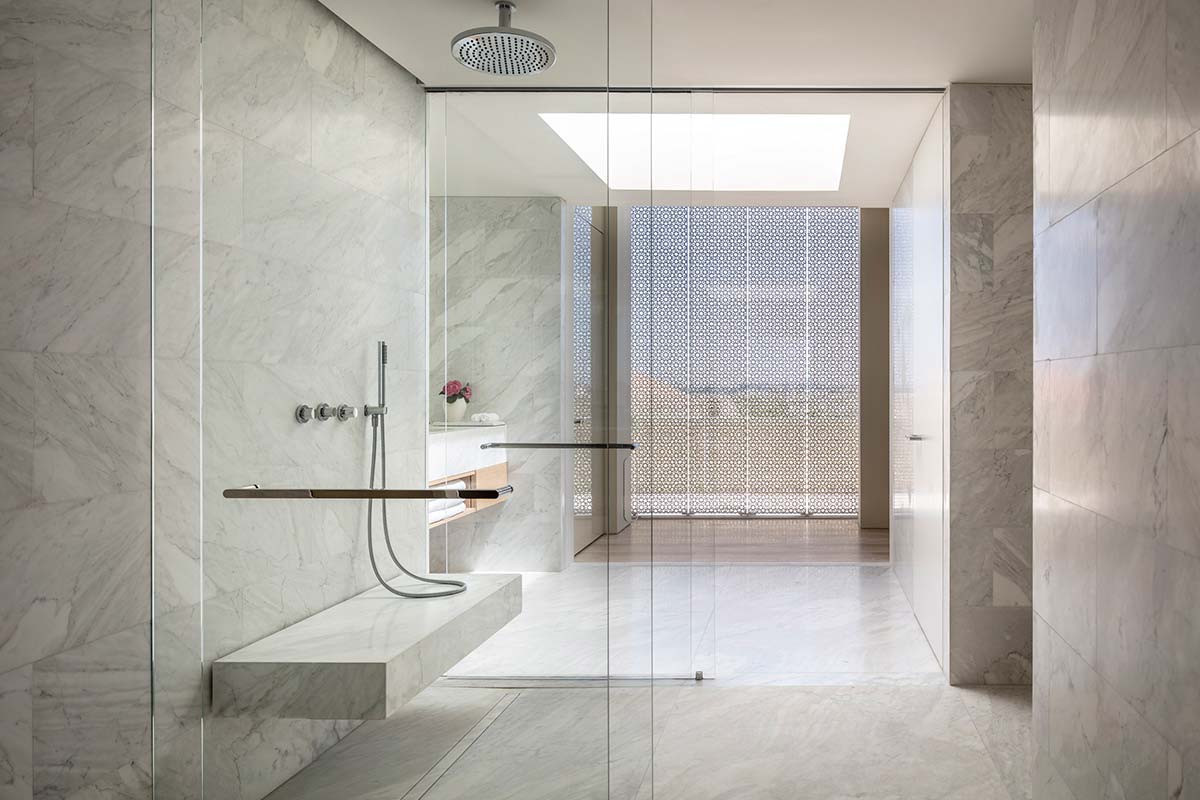 In the nineteenth-century chapel, which has undergone a meticulous restoration that has preserved its marble interiors, decorative attributes, polychrome stained glass and sandstone surfaces, the lounge bar has been set up with the legendary three-legged Botolo chairs by Cini Boeri, the counter and the black and white giant prints of the stars of the Fifties take the place of at the altar and the sacred vestments. Even in the lobby created in the new building the remains of a wall built by the Crusaders in the thirteenth century socialises with some icons designed by Shiro Kuramata and Pierre Paulin, and with the large canvas by the eccentric Damien Hirst.

The rooms are permeated by an almost monastic calm, uniformed by light colours and by the fruit trees photographed by the Israeli artist Tal Shochat that underlie the homage to the (also) agricultural heritage of the area. In the historical part, beams of light cut the white and beige environments highlighting the walls and vaults, while in the residences of the new body the minimal and Nordic refinement of Pawson heats up, filtered by the meshes of the metal screens combined with large windows that refer, in their geometries and function, to the traditional mashrabiya. 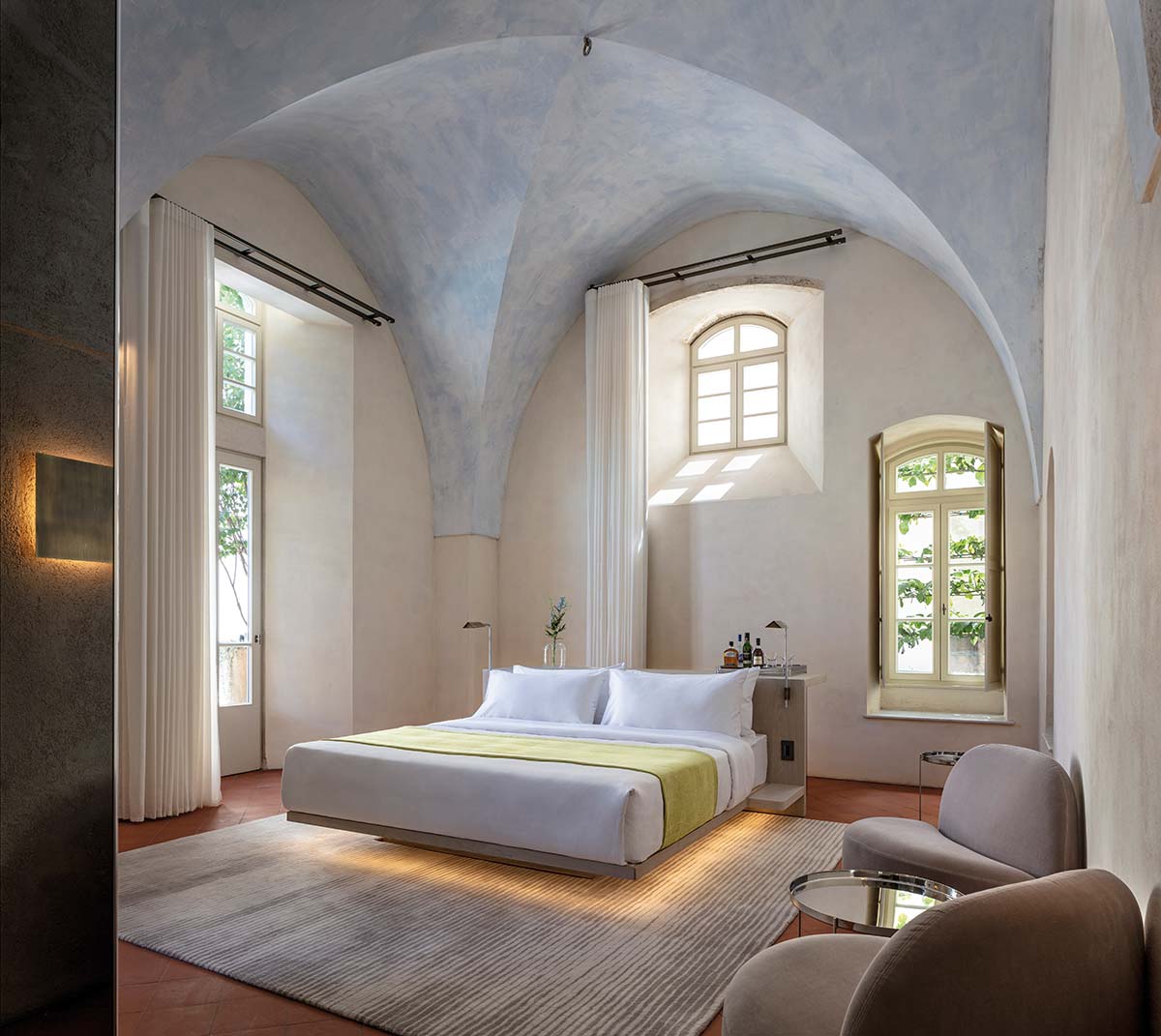 Between Yin and Yang

The third life of Les Bains