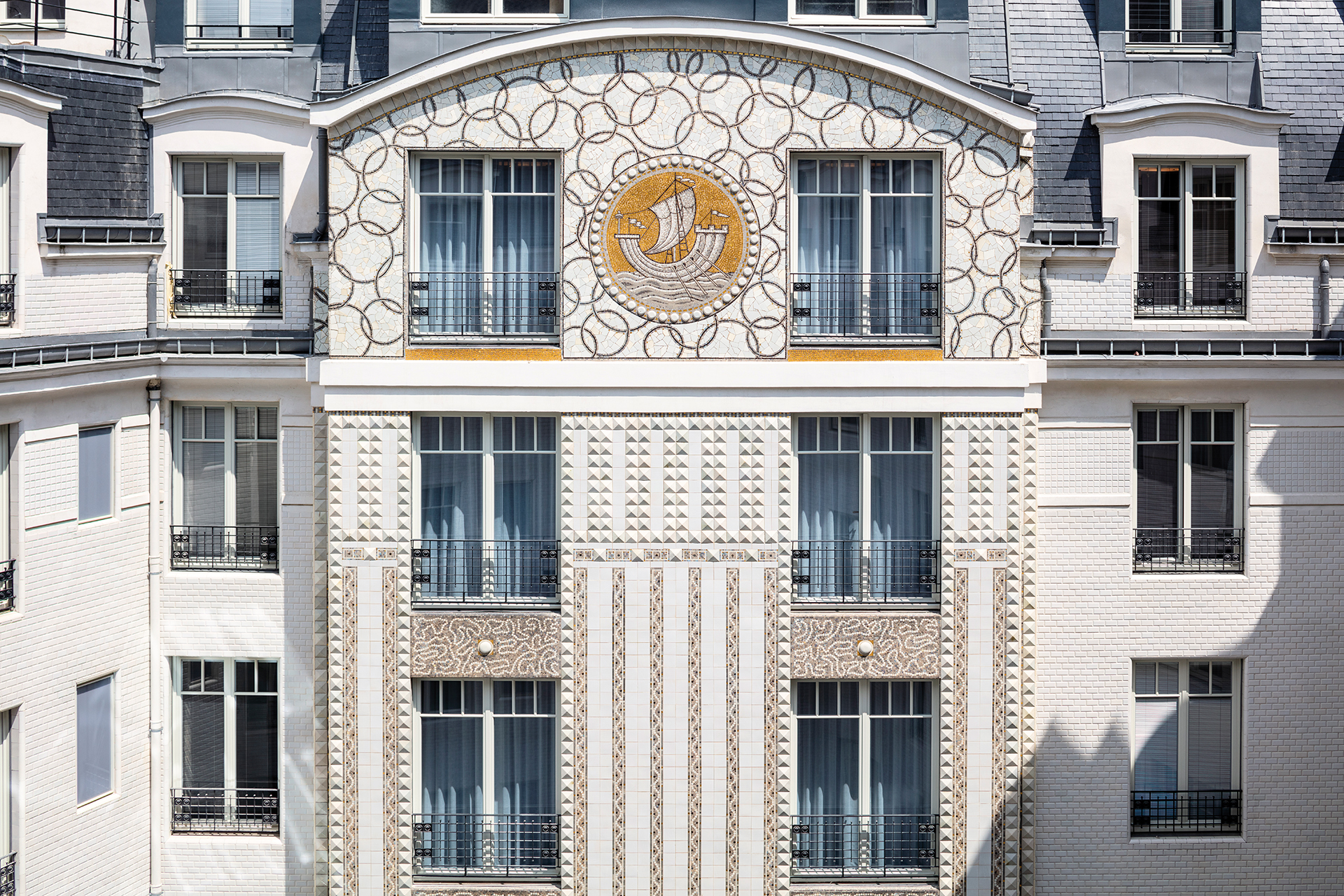 There is an entire history spanning over 100 years behind the hotel Lutetia in Paris, at 45 Boulevard Raspail, in the area of St. Germain-des-Prés on the Left Bank.
A memory written in architecture, a splendid example of the stylistic transition from Art Nouveau to Art Déco, with its undulating facade and interiors made of stuccos and frescoes. A memoir written by the great personalities of art and culture who left their traces here in the rituals of the Café and conversation: Joyce, Beckett, Hemingway, Picasso, General de Gaulle, Cocteau, Sartre, Josephine Baker (to whom a suite is dedicated) and many others that have forged the soul of the place in an indelible way. It is a heritage that has never interrupted its function as a place of welcoming over the years. Its construction began at the behest of the Boucicaut family in 1910, founders of Le Bon Marchè, the first Parisian department store, intelligent escamotage that allowed the wealthy clientele from outside the city to stay right next to their ‘object of desire’. Various interventions were stratified between the ’60s and ’70s, continuing to host artists from the more recent past: fashion designer – Yves Saint-Laurent above all – as well as film and music stars. 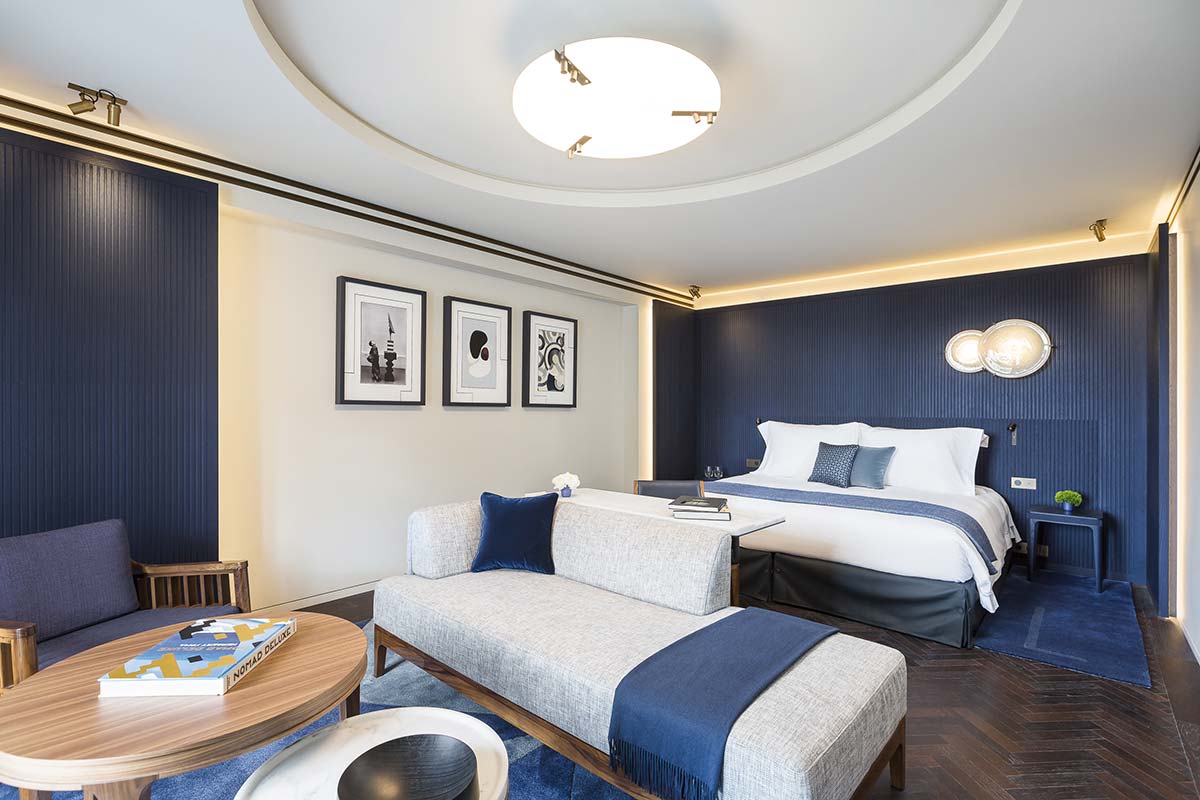 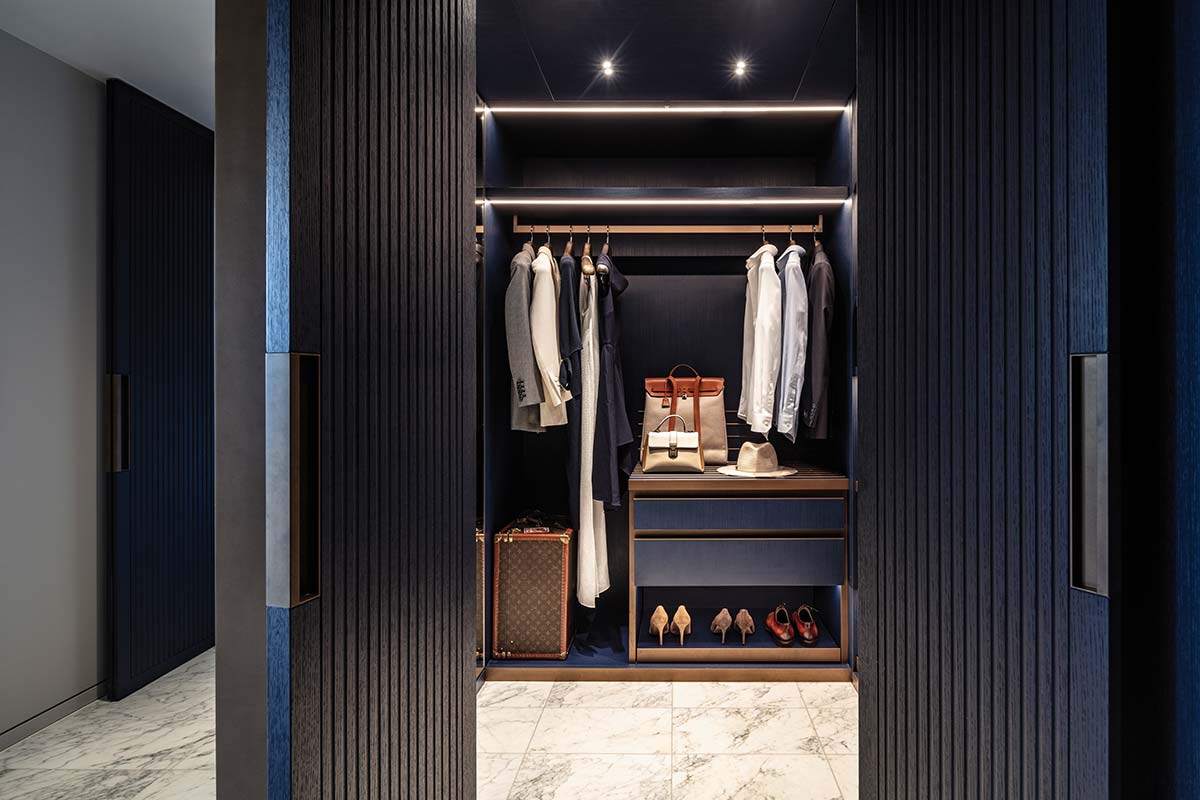 Now, the time has come for the sediment of hotel Lutetia to establish another layer. Set necessarily on contemporaneity. Purchased by The Set Hotels, part of the Israeli group Alrov, Lutetia reopened its doors on 12 July 2018, after a total renovation lasting more than four years and costing two hundred million euro. An extraordinary achievement by the team that worked on a project by the French architect Jean-Michel Wilmotte – already the author of prestigious restorations such as those of the Louvre and the Rijksmuseum in Amsterdam – in collaboration with the Perrot & Richard studio, responsible for monitoring the respect of the inheritance left by a similar colossus. 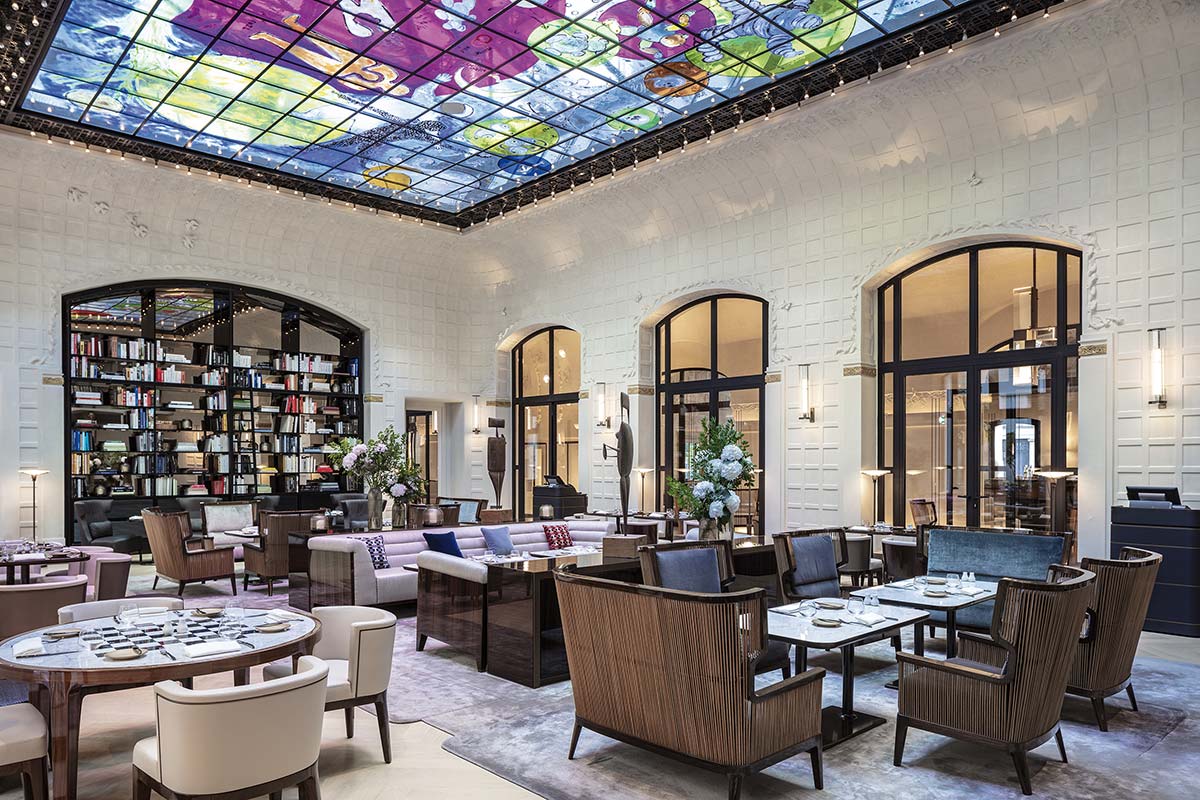 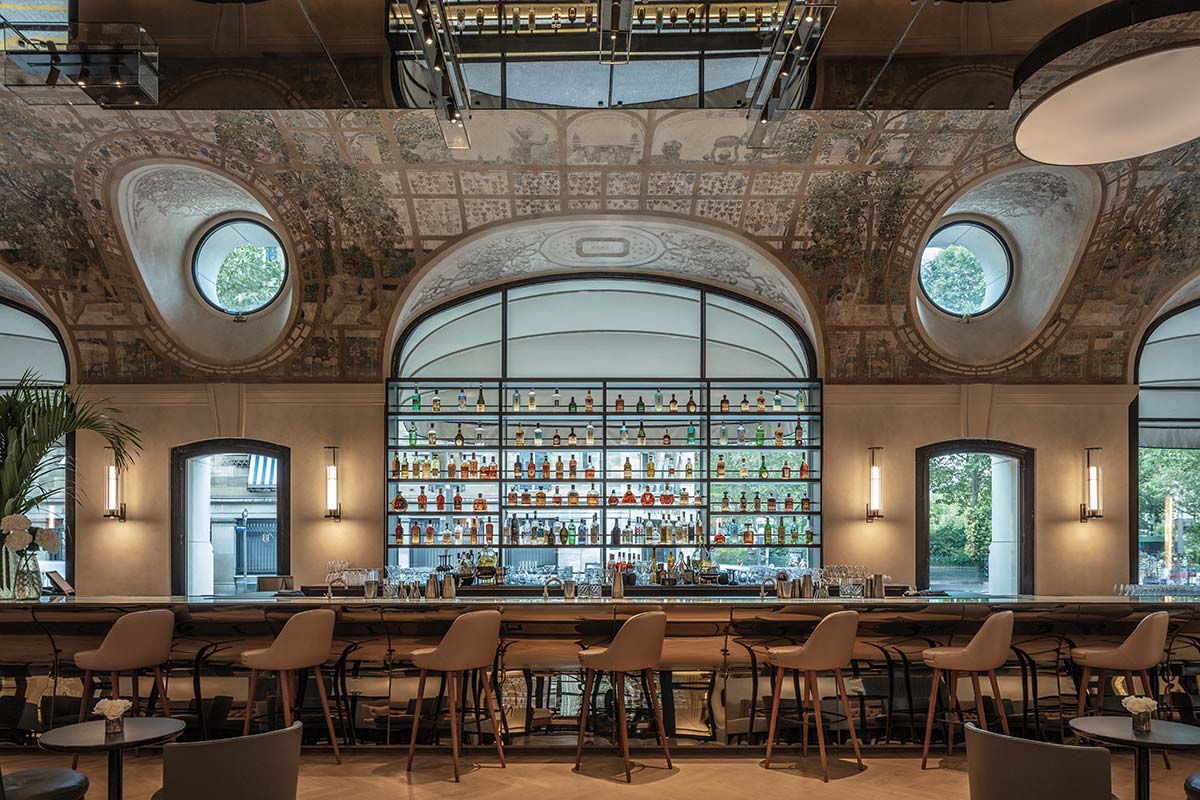 The very careful intervention, both external and internal, turned out to be quite ambitious because it was both conservative and innovative at the same time. The first big challenge was that of technological modernisation, with the constraints that the renovation of a historic building of such importance requires, integrating technical systems, security systems, air conditioning, home automation and a necessary acoustic insulation both from the adjacent Boulevard Raspail and between the rooms of the hotel. Another substantial change was the increase in the size of the spaces, in order to offer more comfort and well-being to guests. This extension can be understood by comparing the number of rooms – from 233 to 184, plus 7 suites designed as mini-apartments – and in the creation of an internal patio – outdoor area that replaces the historical pre-existing salon – a Spa area of 700 square metres, and diversified common areas – Bar Joséphine, Salon Saint-Germain, Orangerie, Salon Crystal, Brasserie. 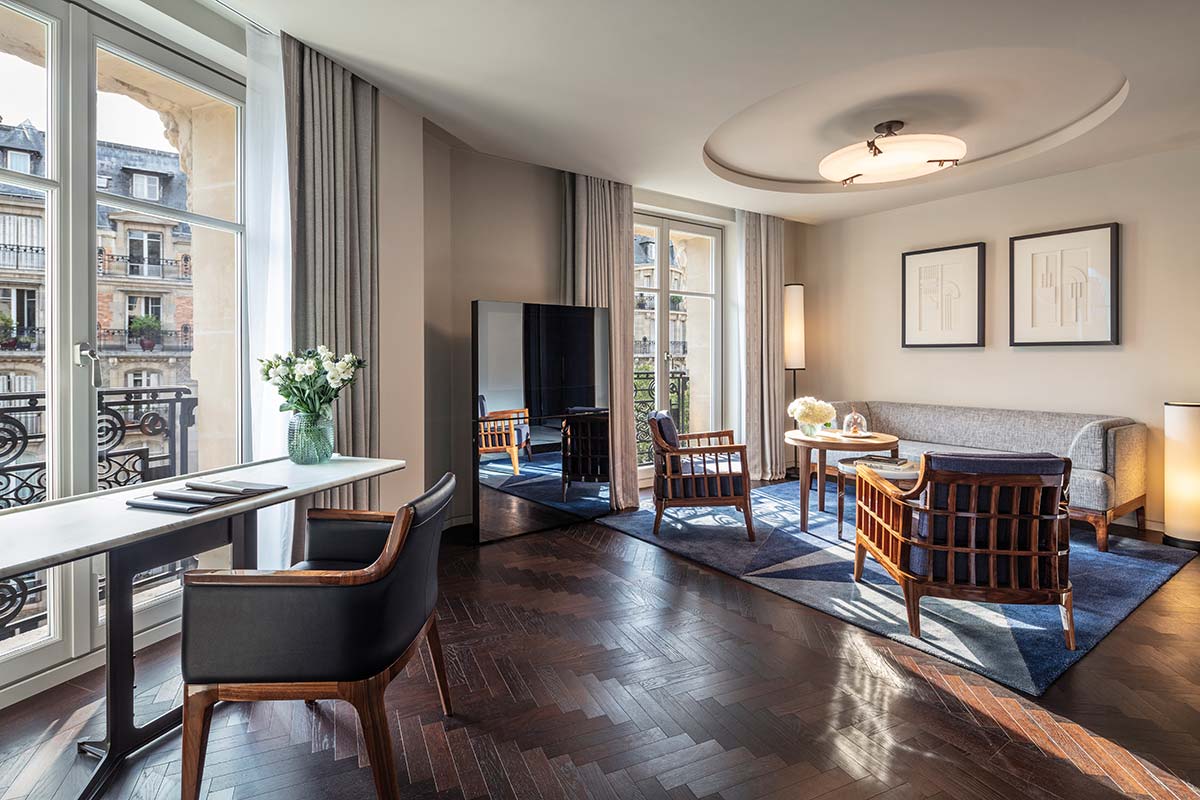 The common point of each environment is natural light, strongly desired by Wilmotte and the basis of the project itself. But the success of the extraordinary versatility of intervention is also due to the substantial contribution of some of the best Italian companies, able to develop customised and tailor-made furnishing solutions. For each environment, public or private, each piece has been designed and made to measure, from a design by Wilmotte, to meet the precise stylistic and technical requirements of the client. 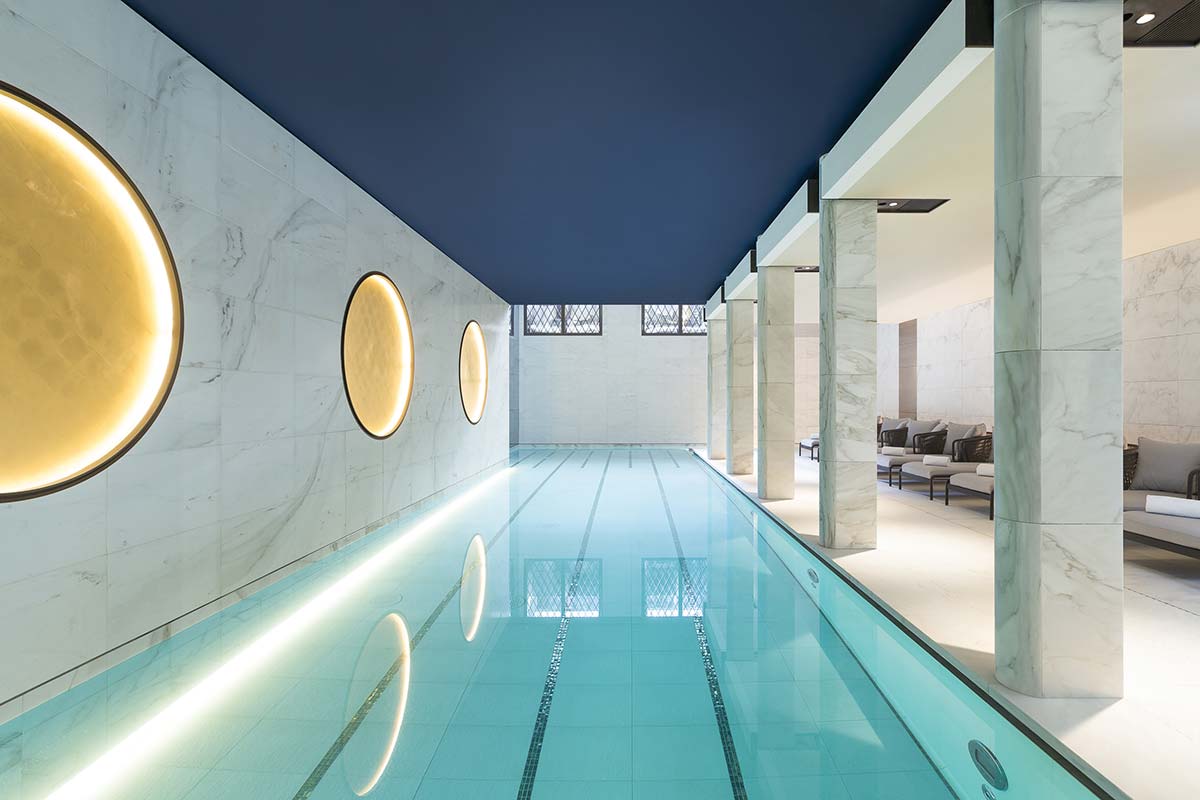 The absolute typological completeness of the offer comes from specialised Contract divisions such as those of Lema, which with a turn-key supply has furnished 175 rooms and the suite named after Josephine Baker, provided flooring, ceiling covering, wood panelling for walls and bow windows, doors in precious woods, glass and decorated with gold, boiserie, three-dimensional finishes of the highest level of cabinet-making. Poliform Contract instead has dealt with all the common areas, to enliven the spirit of the original project without altering its charm and historical value. Porro has created both indoor and outdoor elements, involving almost every area of the hotel: standing out are the refined tables with leather tops that are in tone with ceiling frescoes and the Lasa marble tops of those in the Patio.

The Contract Division of Paolo Castelli has intervened with building, technical installations, coverings, flooring and fittings for the wellness & spa areas and 5 suites – each with its own unique concept – in addition to the supply of special furnishings and decorative lighting for all the common areas and for the suites themselves. Lastly, the grey veins of Carrara marble in all the bathrooms combine with the material qualities of the stainless steel of the CEA taps, specially designed and renamed Lutezia, to interpret classicism through technology and innovation. On the 6th arrondissement, a piece of history is rejuvenated, from the design to the interiors, from gastronomy to service. But the spirit has remained intact. 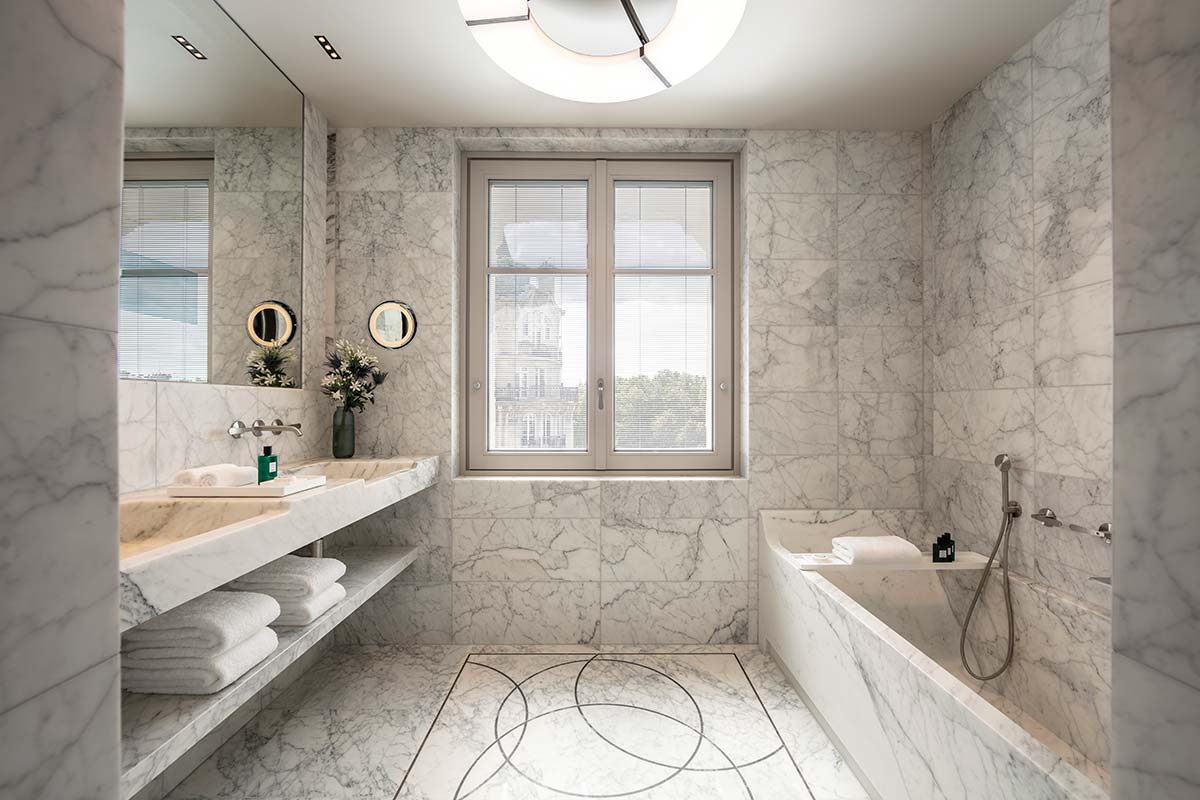