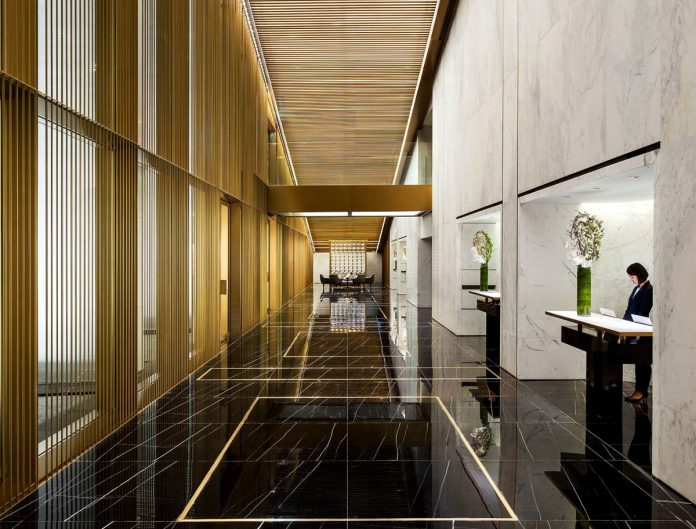 The legendary Cotton Tree Drive in Hong Kong, a popular spot for weddings, has witnessed the marriage of subtle thought and excellence which, united in the exclusive The Murray hotel, part of the Niccolo Hotel chain, become an all-encompassing experience, to say the least.
The hotel’s seductive appeal is due to the important guidelines that the Foster + Partners designers followed in their sublime intervention to conserve the building, a historic monument in the city that has housed the hotel since January. A succession of majestic arches forms the base of the regular latticed structure, which is spread over 25 floors that the architects have managed to return to the city.

The building, which was a pioneering example of sustainability and energy efficiency in 1969, when modernist Ron Phillips designed it, has been masterfully adapted to contemporary needs with a renovation that has placed particular emphasis on integrity. “We wanted to create a dialogue between old and new,” the architects explain. “Our aim was to rediscover the charm of going to a hotel, to rediscover that sense of uniqueness starting from the external access, by enhancing the most characterful elements.”

The project aimed to preserve the building’s existing state while relating it to the surrounding scenery, formed of both the business district and the oasis of green created by the park and the botanic garden.
The inside of the hotel also has a strong identity: the materials express themselves honestly and are arranged to redefine luxury through a new sense of exclusivity and elegance. The black and white marble floors are combined with stainless steel bronze finishes, while the hand-blown glass contrasts with fabrics from Italy and Asia. Everything is naturally sympathetic to the original structure and every single element has been carefully chosen to fit with a holistic vision of the rooms.

Foster + Partners have fixated on the project, taking a meticulous artisan approach to each construction stage, from the architectural ‘shell’ to the smallest detail of the bathroom taps.
The generous spaces throughout the hotel are another hallmark of Murray’s luxury design. 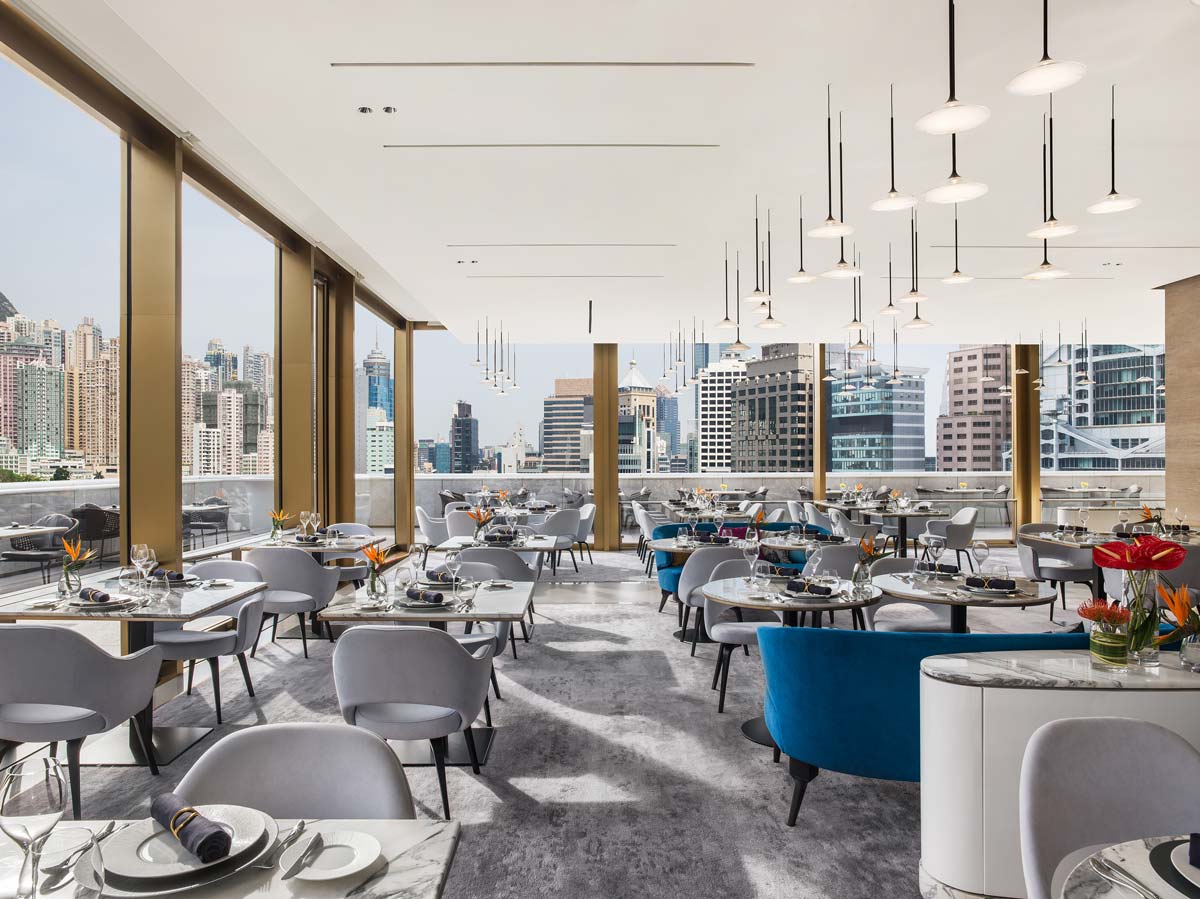 Examples of this include the restaurants and bars, including the very special room, The Aviary, on the roof, one of the district’s important social locations, which can be used for a dinner, a drink or to enjoy the breath-taking view and is designed as a continuum with the surrounding greenery, since it is lower than the skyscrapers that surround it.

Even the guest rooms – 336 in total – have an oversized design: their layout takes advantage of the building’s geometry with large receding windows that let in abundant light and avoid overheating from direct radiation, protecting fine surfaces covered with rare stones, leather and sophisticated fabrics, used to create a sort of ‘chic’ sanctuary in the heart of Hong Kong.

In Florence, the palazzo of Beatrice