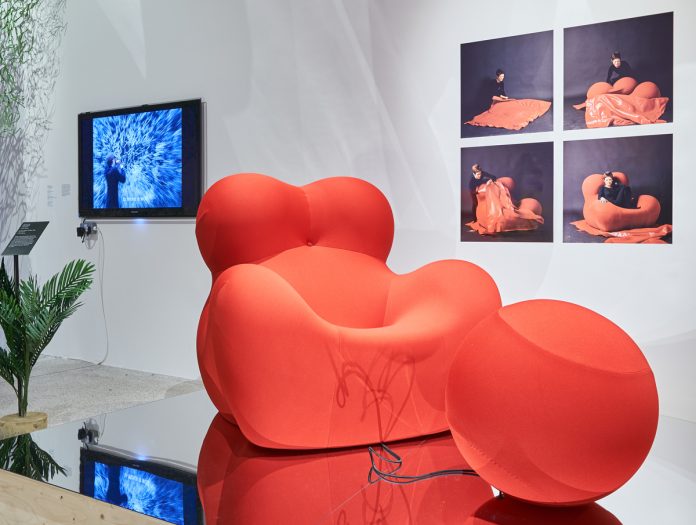 There is Pratone, the pop lounge chair designed in 1971 by Giorgio Ceretti, Piero Derossi and Riccardo Rosso and manufactured by Gufram and there’s Memo, the inflatable chair designed by Ron Arad and Nick Crosbie in 1999 for Inflate. Objects that are irreverent, unusual and futuristic are on display from 7 November to 24 March 2019 at the London Design Museum.

The occasion is the exhibition entitled “Home Futures”, organised by the museum of Kensington High Street in partnership con Ikea Museum and curated by Eszter Steierhoffer and Justin McGuirk. The exhibition starts from the question: Have the visionary projects hypothesised by the greatest architects and designers of the past been realised, or are we resistant to change? Are we living in homes equipped with the innovations created by the pioneers of the past? And what will the home of the future be like? The exhibit gathers together the projects of the avant-garde of design alongside more futuristic prototypes, from Ettore Sottsass, Joe Colombo and Superstudio to the Oma Studio and its guru Rem Koolhaas, to the duo of creatives Dunne&Raby. More than 150 pieces in an immersive journey, articulated in passages and rooms, as if to stress the relationship between areas that are private and those that are public, built in a translucent mesh weave made by the New York architects So-Il in collaboration with John Morgan Studio.

A major narrative moment for discovering the most important examples of radical design and contemporary research, as well as a chance to reflect on major topics such as: Smart living in ever more connected homes, Living in movement as nomadic citizens, Living in a self-sufficient way from the energy point of view, Living with a little and Living with others.

Antoniolupi. Sunshine after the storm

The creative hub of designjunction+Dwell on Design