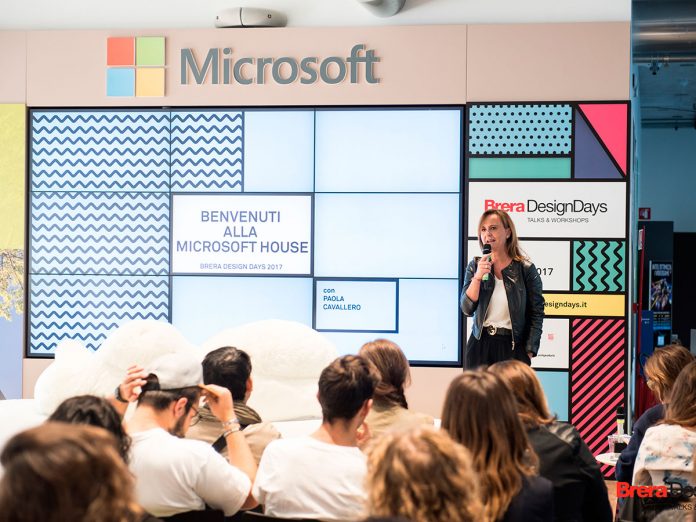 While the Milan Furniture Fair in April is Milan’s foremost design event, October is a pretty big month in the city’s calendar too. There are plenty of big events taking place in the Lombardy capital this month, including Milano Design Film Festival and Brera Design Days. The latter – organised by Studiolabo – is now in its third edition and runs from 12 to 18 October.

With 36 talks, 12 workshops, 145 guests, 11 exhibitions and 23 locations involved, the numbers clearly show that the event continues to grow year on year. The theme for 2018 is “Design your life”, inspired by the book by American writers Bill Burnet and Dave Evans. It invites participants to apply design thinking to everyday life, based on the idea that a design approach, paired with experimentation and the unexpected, can lead to progress in any field and at any age. Many of the talks on the theme will take place at Microsoft House, with the main sessions running from 10:30 to 18:30 on 13 October.

There are plenty of free exhibitions running over the course of the six-day event too, such as Tramezzino – Intermezzo amoroso a Milano, a unique look at the city by Paolo Bacilieri, one of the most creative and award-winning comic artists around. Also worth a look is Mostro 2, a project around visual communications and graphic art from Marco Sammicheli, Maria A. Di Pierro and Marco Williams Fagioli with art direction by Zup Design. Last but not least is L’utilità dell’inutile – Il design italiano snobba il design thinking?, which explores design methods, our relationship with the masters of the past and the current design thinking phenomenon, curated by Valentina Auricchio and Francesco Zurlo.

There are set to be some well-known faces in town too, with 145 industry professionals taking part in the talks, including Giulio Iacchetti, Ferruccio Laviani, Elena Salmistraro, Matteo Ragni and Odo Fioravanti.

Oikos is crowned in London among the top names in design