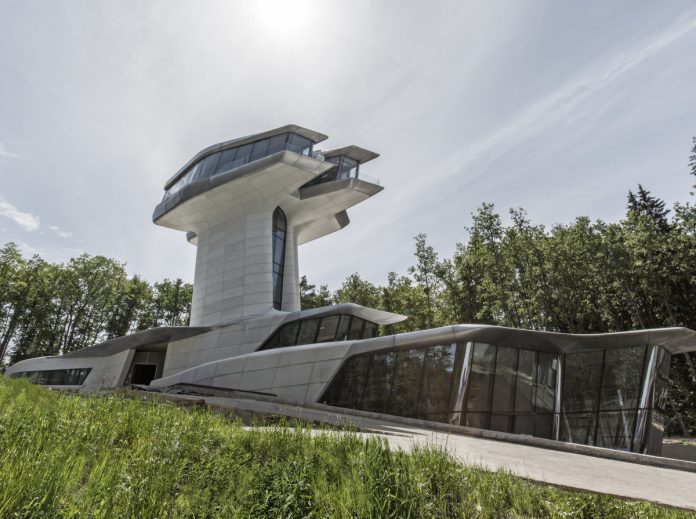 Patrick Schumacher of Zaha Hadid Architects describes it as an “architectural masterpiece” and “dream home”, while the visionary owner labels it “a perfectly liveable sculpture”. For 25 years, Vladimir Doronin has based his core business on real estate investments and on his vision of the city, architecture, art and luxury hospitality. With Capital Group, since 1993 he has helped to transform the face of Moscow with a portfolio of 71 real estate projects; with OKO Group, which he recently founded in the United States, he has involved major international architectural firms – Skidmore, Owings & Merrill, Asymptote Architecture, Iosa Ghini Associati and Jacques Grange – in residential projects underway in Miami and New York, as well as in the Russian capital; with the Aman chain, which he has been Chairman of since 2015, he has reinterpreted the concept of exclusive hospitality.

His first meeting with Zaha Hadid was to discuss a residential project in Moscow that was ultimately abandoned for bureaucratic reasons, while the second encounter led to the creation of this spectacular ‘house’ in the forest, the only private residence designed by the architect. “I told her that I wanted to wake up in the morning and see nothing but the blue sky. I wanted to feel free. She answered by asking me if I was aware that I would have to be higher than the trees, took a napkin and drew a sketch.

” From the impromptu sketch to the detailed drawings and daring construction of the Capital Hill Residence, 10 years have passed. Now, the pine forest of Barvikha, a village close to the Moscow Ring Road famous for being the site of the Russian President’s Sanatorium, for the many luxury dachas built here in the ‘90s, for the Barvikha Luxury Village and for being a place of exile for deposed national leaders, has now become renowned for a new, complex neo-futuristic building that boldly towers above the tops of the conifers. The volume that contains the master bedroom area, the fourth and top floor of the residence, emerges from the forest like a ‘spacecraft’ separated from the main body: the 22-metre-high structure enables the free view requested by the client, while proclaiming its presence to external observers.

Three slender concrete columns, structural elements that house the stairs and elevator, connect it to the three lower levels, vertically arranged in a second volume which, following the land’s natural topography, is wedged into the hillside and includes an underground section. The main entrance on the first floor, where the columns join the roof, leads to a foyer, library and rooms for guests and children, descending to the ground floor, which contains the main living area, dining room, kitchen and swimming pool, and to the basement.

Expo 2015. The Themes of solidarity and recycling for the Principality...