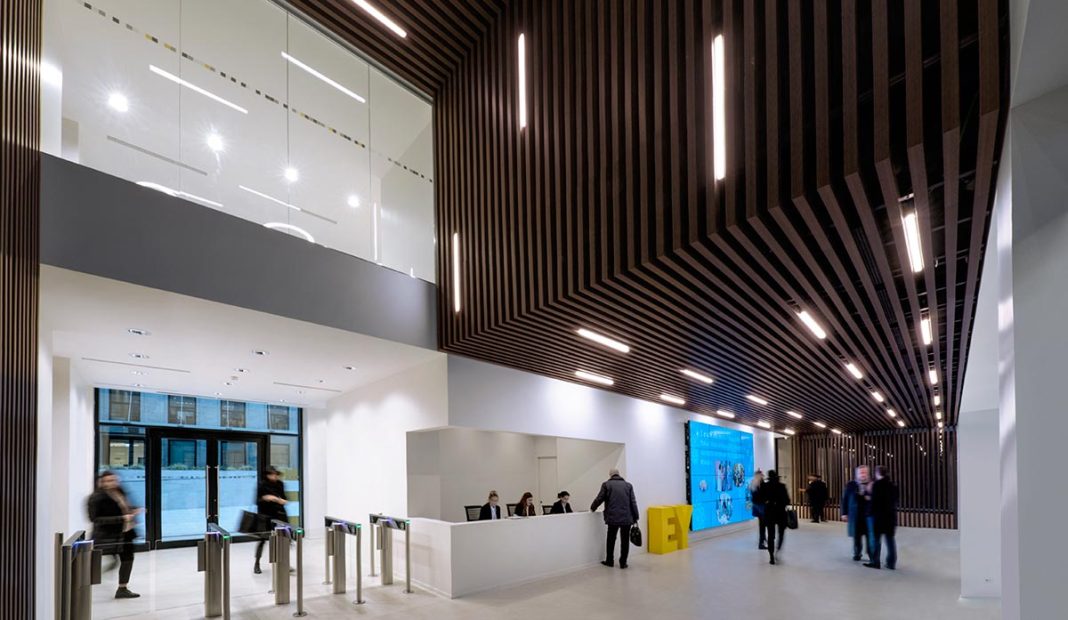 This bold challenge was tackled by a collaboration between two companies of international importance: DEGW, a Lombardini22 Group company and leader in strategic work consultancy, and Ernst&Young, a global leader in professional auditing, accounting, tax, transaction and advisory. The result is the first “workplace of the future” with LEED Gold certification. The new EY headquarters in Via Meravigli occupies an almost 19,000 sq m building complex divided into 10 floors, office space for 2,500 people, 1,200 desks and over 170 meeting rooms. The key concept that makes this complex unique (one of the most advanced in Italy) is the “smart office” concept or “activity-based” model, according to which you can use specific work settings for every need (communicating, collaborating, contemplating, concentrating), improving efficiency for yourself, colleagues and customers. Therefore, the old layout, consisting of corridors, closed offices and hierarchically arranged meeting rooms was replaced by fluid, elastic and flexible spaces. The complex has an eight-shaped layout, with two closed indoor courtyards and a third open courtyard. The reception, part of which has a double-height ceiling, welcomes visitors and leads them to the entrances of various areas, while the main courtyard, which contains a covered walkway, is the true heart of the project. The ground floor is devoted to the Client Area and shared facilities, and the floors from first to fifth house the offices and the library. The building finishes with a tower featuring meeting rooms between the sixth and ninth floors. The rooms are predominantly neutral with white ceilings and walls that match the soft shades of the carpet or tile flooring.
The open spaces contain pre-wired desks, height-adjustable workstations, areas with open stairways and special brainstorming areas.
Many different closed rooms have been designed in collaboration with Paolo Castelli, including standard meeting rooms, collaboration rooms, team rooms with four-person tables, focus rooms with armchairs and sofas, virtual rooms with videoconference systems, project rooms and conference rooms with informal furniture. The branding of the rooms – developed by FUD Brand Making Factory, another of Lombardini22 Group’s companies – combines two approaches: Milanese culture is the theme of the outside, while international culture and art are featured inside. 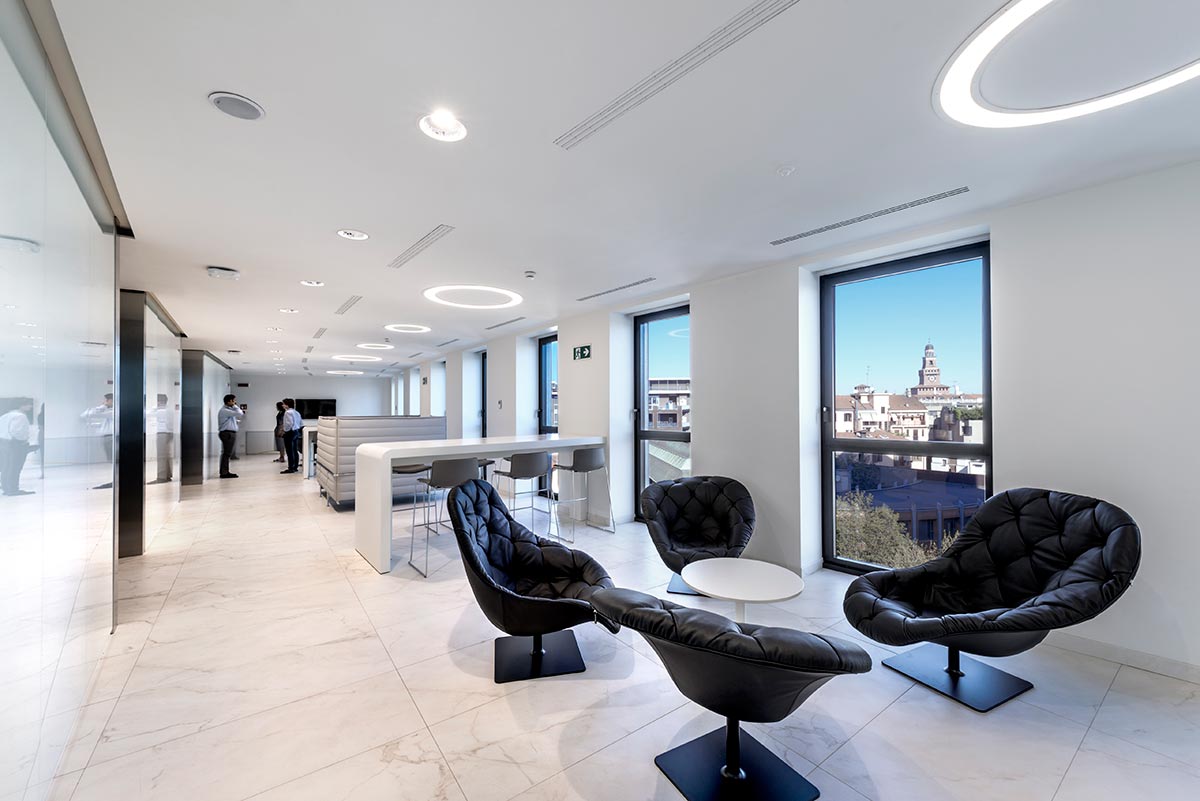 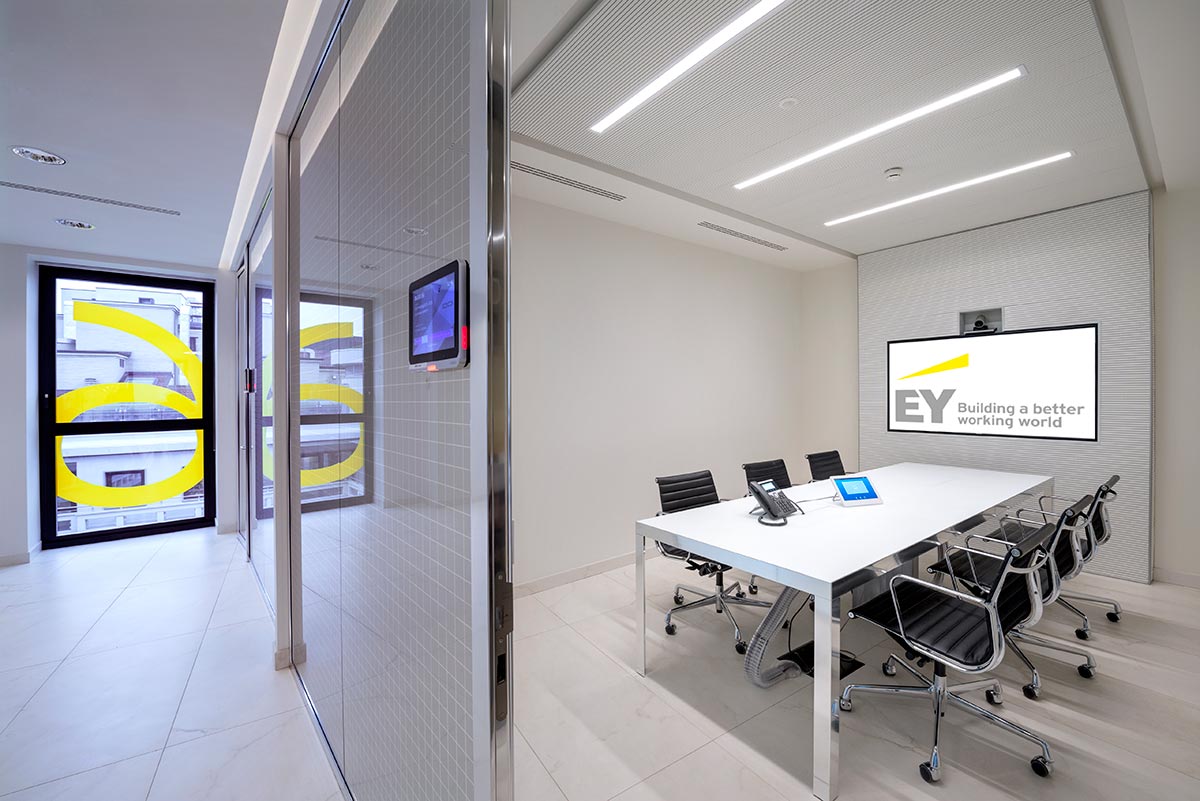 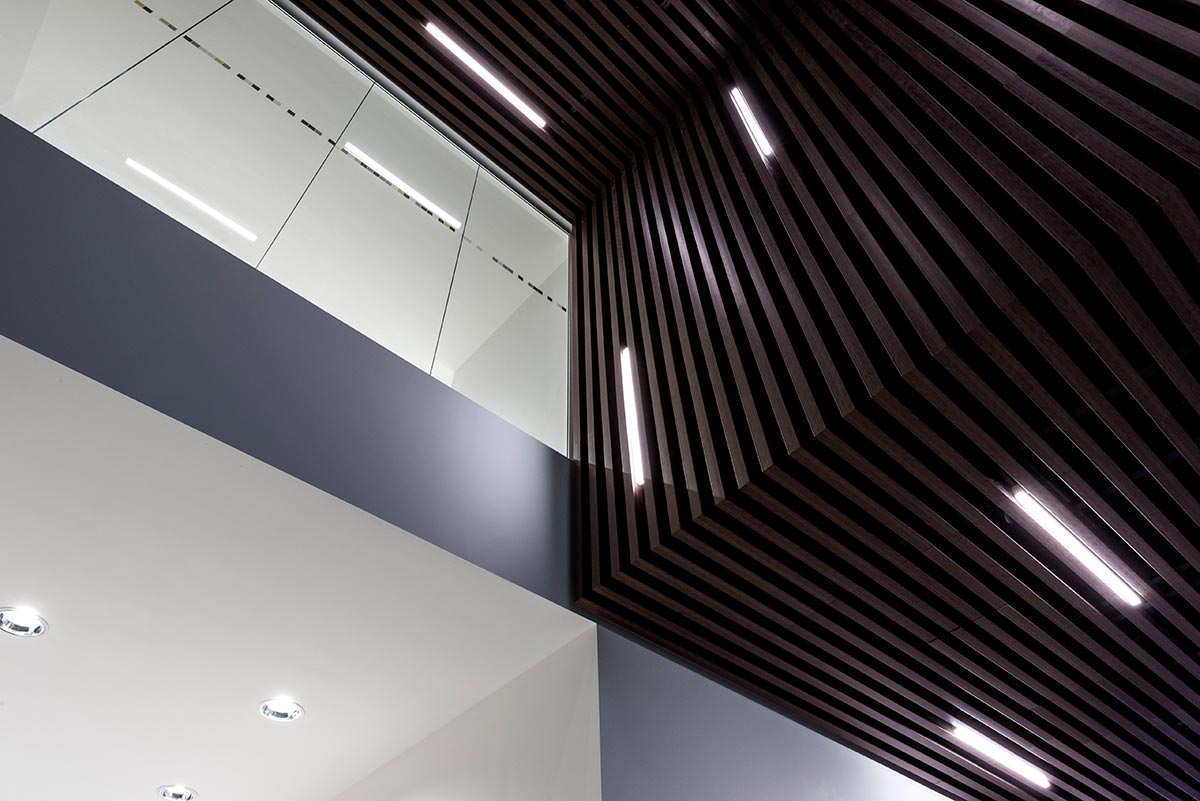 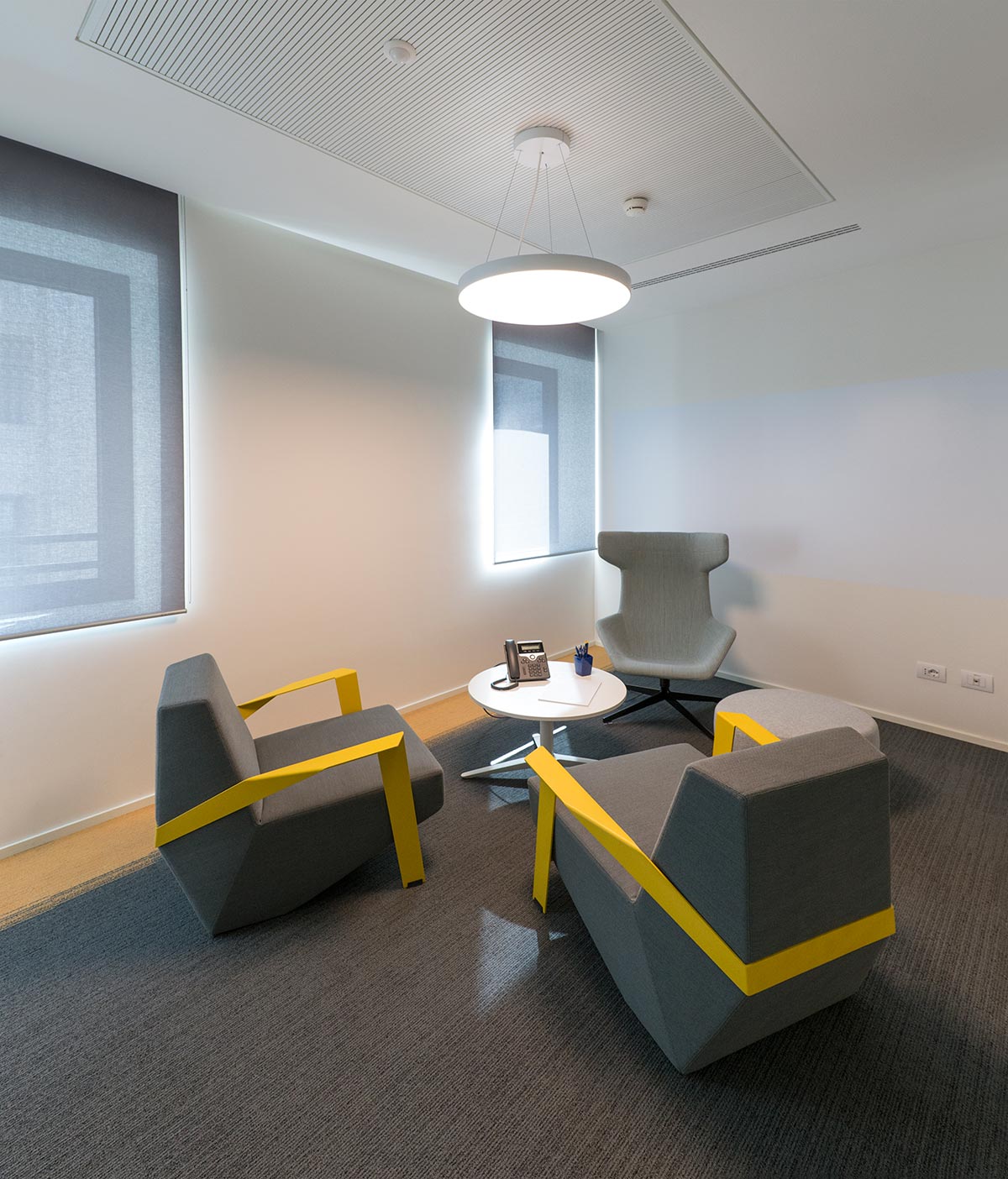 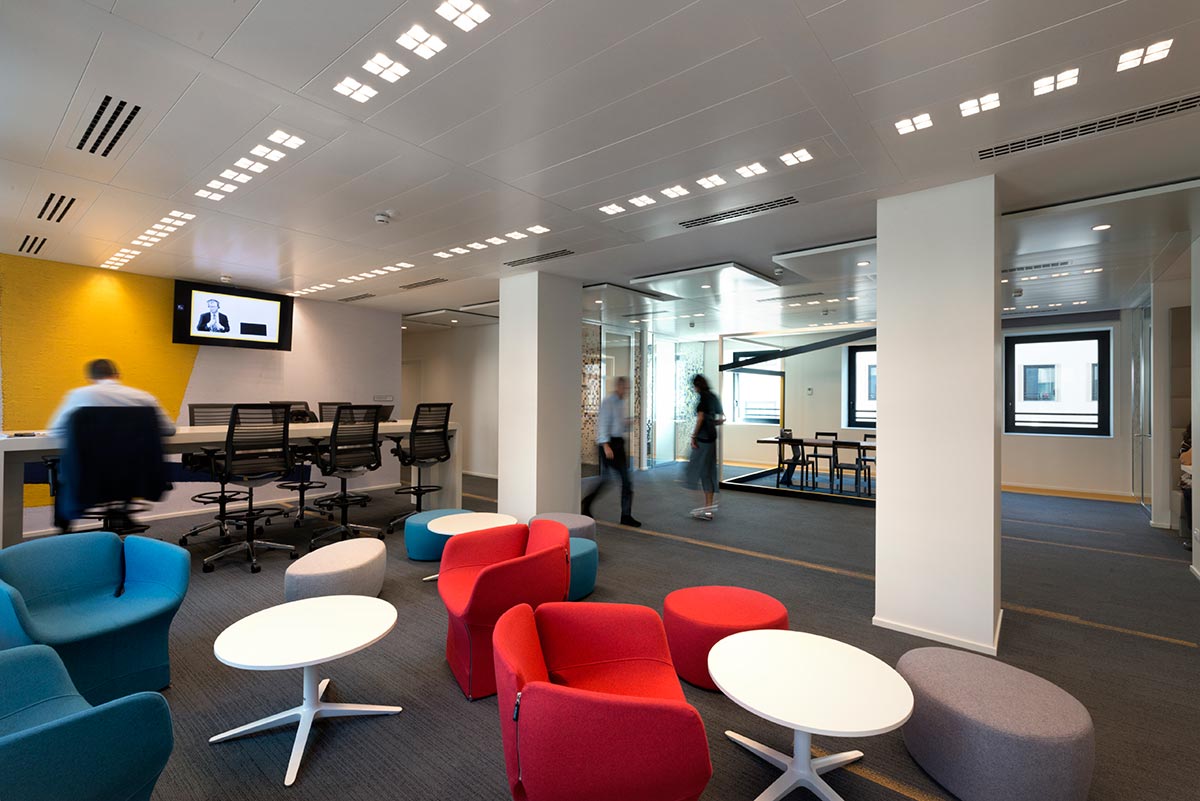 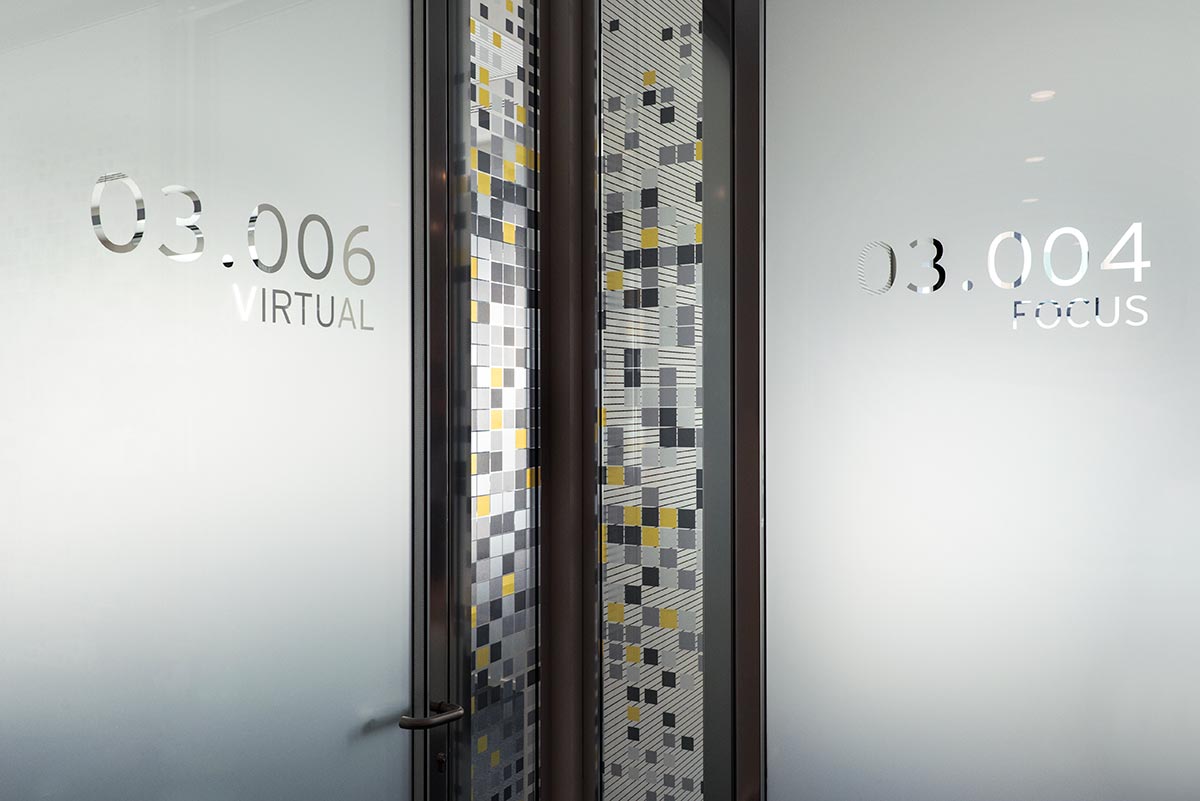 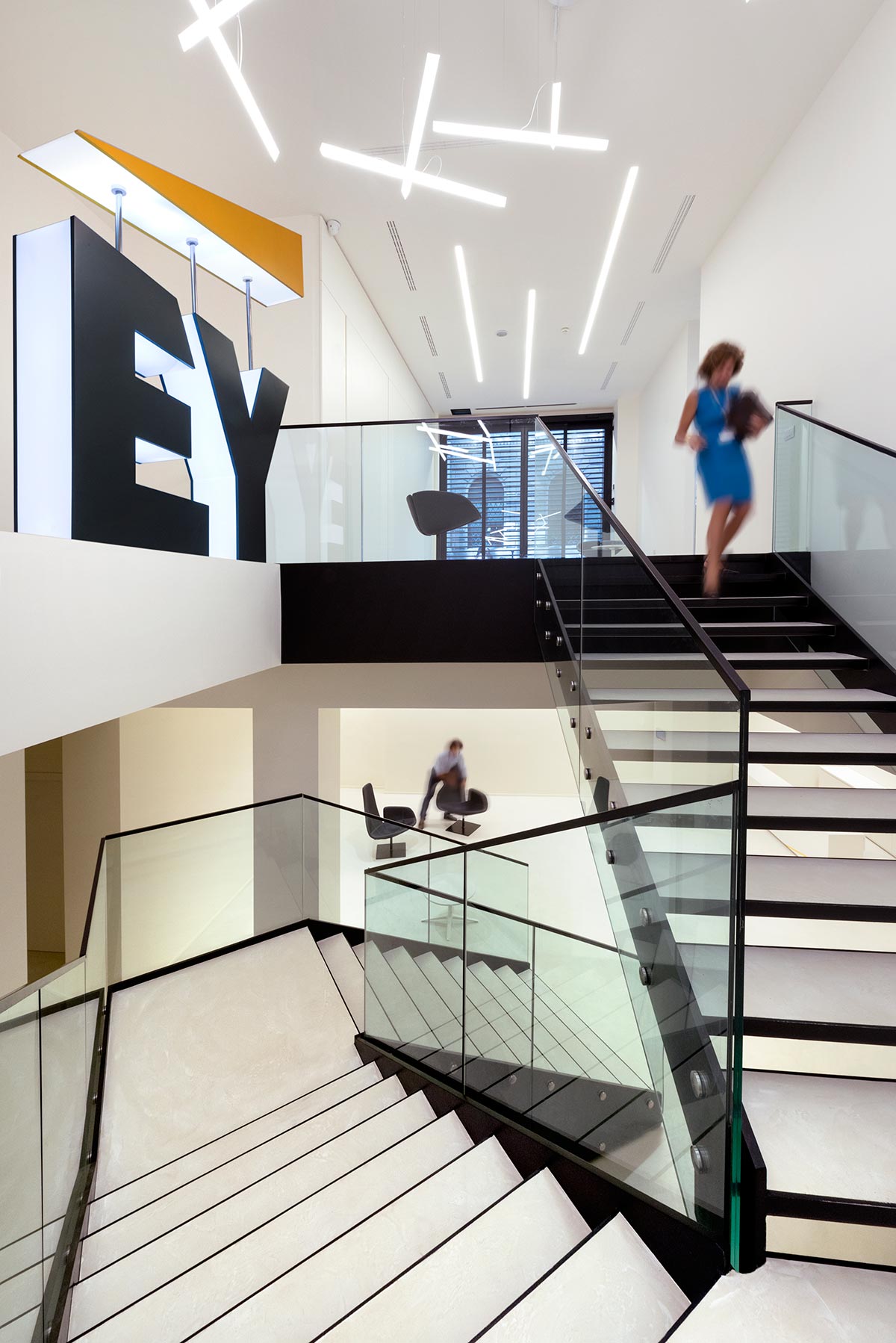 The shape of emotions