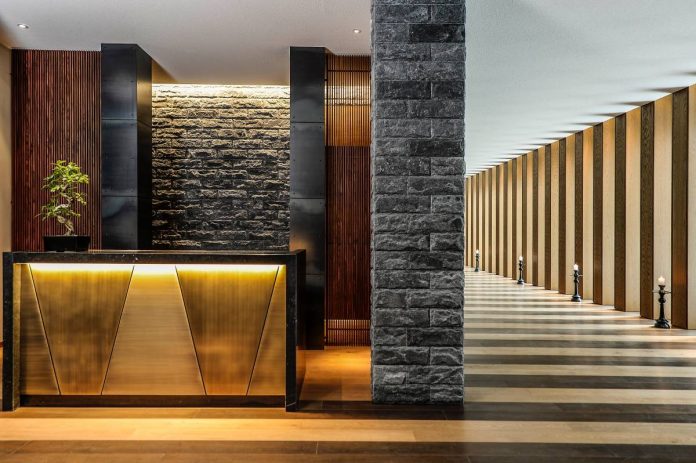 An important project which is already flexing its muscles and setting ambitious objectives in the contract world, where the offer-demand balance is typically and decidedly skewed towards the former.

The Perfect Project’s main asset is grounded in the correlation of Idea and Beauty, and not according to the most rudimentary meaning of both terms. The Idea is something that should blossom upon the synergistic meeting of 18 companies, (all different and each with its own vertical specialisation), under the professional aegis of Contract G Swiss. The general contractor based near Lugano has acquired maximum credibility in a very short time, and has been entrusted with works for the London Hilton Park Casino as well as The Chedi Residence in Andermatt, a Swiss town which experts of the sector refer to as the future “new Saint Moritz”, in virtue of considerable investments into luxury real estate development.

A search for style which eschews usual tradition, in the words of Maurizio Favetta: “We see the international contract scene repeating stereotyped languages and fashions which are mere flashes in the pan; revisitations of  50s style, decadent contemporary classicism, polished and repetitive minimalism”. The Perfect Project will propose a hybrid solution for clients, not so much “contaminations” as “assemblages”: the intelligent and measured union of different styles for a unique and independent style.

Few of the 18 companies selected have renowned names (Marazzi, Kerakoll, Tisettanta, la Murrina). The rest belong to that operative and functional undergrowth and have been active in project development for a number of years, with well-developed vertical skills that make all the difference when inserted in a project. To name but a few examples: space partition systems such as those by Bosco Venezia which exude quintessential sartorialism; Ottone Cantù (known by few) is a company whose clients include Louis Vuitton; fossil woods by Zanuso Legno: a veritable rarity.

The new project has been structured not only to serve international contract, but also to create events (its partner Histeria Art). The first has been scheduled on occasion of Fuorisalone 2018 in its own Milanese gallery at no. 20 Via Cappellini.

The Perfect Project Edizioni is a furniture collection designed by Maurizio Favetta, pieces and units which add energy to the new group’s pro-active momentum, with its own targeted and international distribution.

Visionnaire brings its point of view to Los Angeles

Paolo Castelli grows in the Orient