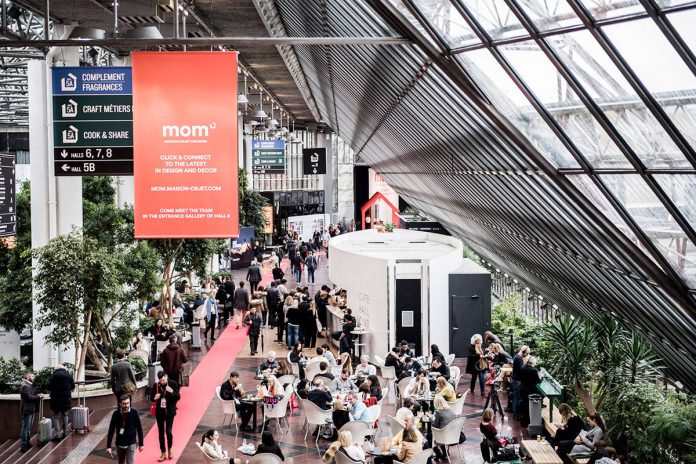 A return to the fundamentals defines the new exhibition concept of Maison&Objet that reconsiders its own map, bringing the attention back to the two macroareas that characterize its identity from its origins: Home and Object.
Starting from the next edition, in September, the event will present a completely new distribution of the sectors – a project already started last year with the renovation of the Objet section.
Unique & Eclectic, Today, Forever, Craft will be the four new sectors of the Maison space, four worlds that will also host the “Signature” spaces – dedicated to the most singular, selective and high-end brands – and “Project&Solutions”.
On the Objet area are hosted seven different sections divided by product categories: Cook&Share, Smart Gift, Fashion Accessories, Kids&Family, Home Accessories, Home Fragrance, Home Linen.

“An evolution rather than a revolution”, according to Philippe Brocart, Managing Director of SAFI, the company that organizes M&O. “The definition of the new sectors was guided by practical criteria chosen to clarify the offering and make it more accessible for both visitor categories.”

Italy plays a fondamental role in the fair scene, in the first place for the number of visitors coming from the country, among the numerous foreign nationalities; but also for exhibitors, in second place after France. A touch of Italian savoir-faire also pervades the context of Rising Talents, this year focused on six emerging designers – Federica Biasi, Marco Lavit Nicora, Federico Peri, Antonio Facco, Kensaku Oshiro, Guglielmo Poletti – ‘sponsored’ by as many ‘mentors’ – Andrea Branzi, Piero Lissoni, Luca Nichetto, Giulio Cappellini, Rossana Orlandi and Rosita Missoni. Italians are also two of the award-winning exhibition spaces for the ‘Best Stand’: Missoni Home and Selettiworld.

Towards a new vision of Classic