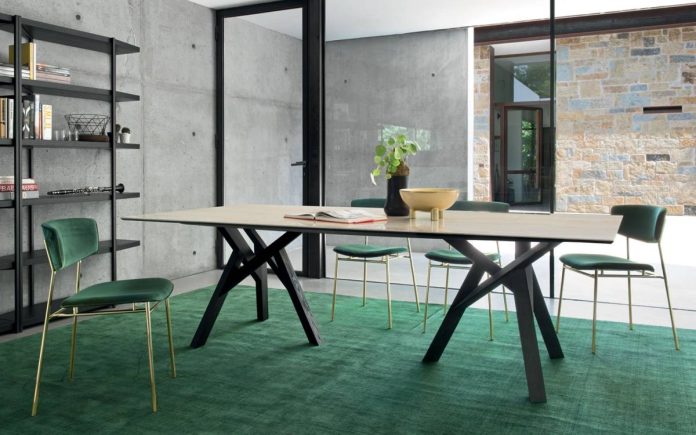 As part of an industrial and commercial integration plan aimed to expand its presence in the furniture sector, Friuli-based company Calligaris has acquired a majority stake of Ditre Italia, a Treviso-based company founded in 1976 by the De Marchi family, present in the Italian market and abroad with forty years of experience in the production of upholstered furniture.
The group of Manzano (Udine), which celebrates in 2018 the ninety-fifth anniversary of its foundation, thanks to the acquisition of an 85% stake in Ditre, completes its offer and at the same time stands as a driving force for the Venetian company, thanks to its widespread distribution network scattered over ninety countries.
An acquisition marked by respect and continuity, and of which both parties seem deeply satisfied.
Michele De Marchi, second generation at the head of Ditre, continues to act as the CEO of the company and joins the Calligaris Board of Directors, in order to better communicate during the integration process.
On the other side, Alessandro Calligaris, president of the namesake company, says "I am certain that the synergies that will originate will bring a exponential growth to the Group in the context of global competition in which the so-called "critical mass" is becoming a crucial element to face the market in a effective way".