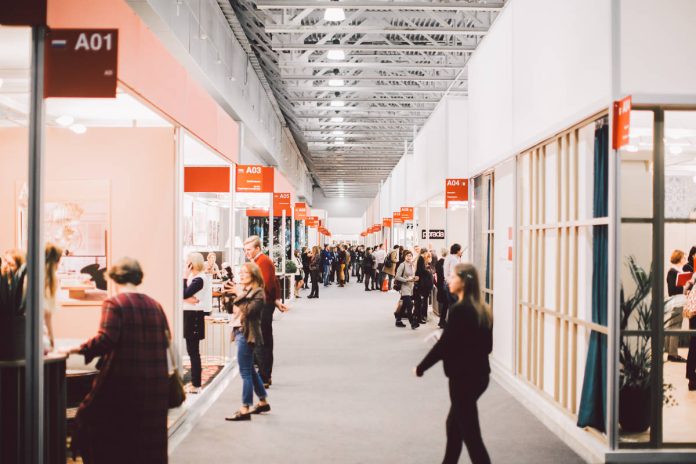 If the quantity of visitors to a trade fair event can be measured with the parameters of a nation’s economy, then it is safe to say that the GDP of iSaloni Worldwide Moscow, is more or less at the same level as China’s over the last few years. A 9.3% increase compared to the 2016 edition unequivocally confirms an impressive trend and constitutes just one of many impressive achievements for the event which closed on October 14th.

The President Claudio Luti spoke of “a quantitative and qualitative change of pace”: not only have visitor numbers increased, but there has also been a significant rise in their quality: during the 4 days of the fair it was easy to spot designers and interior designers, not only from Moscow and nearby areas, but also from other distant cities. An injection of confidence for the Italian furnishing sector which has always had great expectations for Russia (in particular) and Eastern Europe.

As discussed in previous articles on iSaloni Moscow, the presence of Italian design companies was a positive surprise and is unlikely to remain an isolated episode. Indeed Claudio Luti adds “now we must work to ensure that the event’s prestige continues to grow, bringing the best of design to Moscow, as represented by Salone in Milan, involving the greatest possible number of high-end reference brands”.

SaloneSatelite, an international scouting initiative dedicated to uncovering new talents, is an invaluable asset of the Salone. This year saw the participation of 37 designers, the nomination of three winners and a special mention: Alexandra Fedotova, Valeria Sergienko, Nikolay Gryaznev and Ekaterina Khomyuk will be hosted at the next edition of the Salone del Mobile, Milan, from April 17th – 22d 2018.

Changes in the upper echelons of Design Holding

Claudio Feltrin at the helm of FederlegnoArredo. “Protecting companies.”