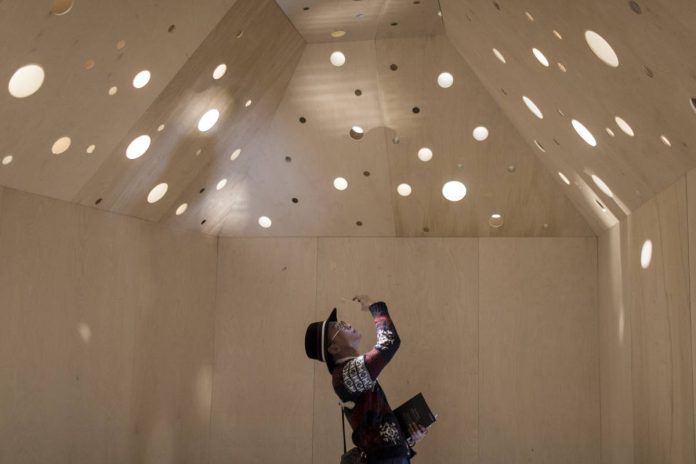 A dialog between its different products, featuring original lamps and a multifaceted selection of everything light-related: Foscarini is presenting a wide selection of new products at Milan Design Week 2017 and unveiling projects, new collaborations, installations and cultural initiatives. All this is synthesized in the “Fare luce” (Making light) concept: two words that describe all the different expressions of the Foscarini universe; two words that together convey a sense of discovery and investigation and the desire to understand and reveal.

These two words, which express the very essence of the company, are also the title of Giovanni Maria Filindeu’s installation for Foscarini Spazio Brera, which is open to the public until 29 April: an immersive exhibition spread over six different settings in the spaces in Via Fiori Chiari/Via Pontaccio. These different environments correspond to the many forms of light: the emphasis is not on technical performance, but purely on the evocative nature of light.
“Light and shadow are the first essential materials that the world offers to architecture to give meaning to space and its transformation into place,” explained Filindeu in his introduction to the project. “Immersion in these environments is a journey in space and through space that produces emotions, memories and experiences that are created and fuelled by the appearance of light.”

“Fare luce” is also the title of a book by Beppe Finessi and the essence of Foscarini’s presence at Euroluce, where the company presented itself at a 880 sq m stand, designed by Ferruccio Laviani, which explored Foscarini’s two different sides: its creative side, inspired by culture, art and many stimuli from the contemporary world and by the relentless pursuit of original design, and its business side, characterized by its technological research, innovation, and dedication to communication, distribution and retail.

Baxter, from IMM Cologne to Maison&Objet