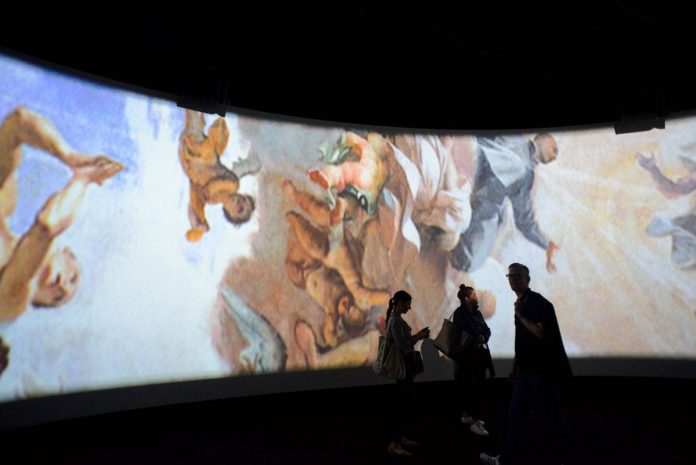 Vanderbilt Hall in New York’s iconic Grand Central Station – at the intersection between 89th and 42nd Street– presents the best of Made in Italy to the public with the video-story Panorama. A full 15-minute immersion in Italy and its scenic wonders. A multisensory journey of cultural discovery. The video installation, created by Davide Rampello for Expo 2015, has been on show for the first time in the United States. An octagonal wooden structure, with a diameter of 25 meters and a large area of 350 sq m in the picturesque setting of Piazza Gae Aulenti, which hosted over 220 thousand visitors.

From the Colosseum to Piazza del Campo, from Mont Blanc to the salt flats, from Gubbio to La Scala: these are just a few of the 200 elite Italian locations that will enliven the already frenetic city of New York from 25 June to 20 July. Not only Nature, but also Culture and Manufacturing – the project involved almost one hundred companies. The design, fashion, food and automotive sectors testify to the country’s outstanding products and creativity – they are explored from every angle in the footage. The short film was produced with innovative Immersive Media technology, combined with a soundtrack by Ennio Morricone (The Legend of 1900) and Ottorino Respighi (I Pini di Romae I Pini di Villa Borghese).

Under the coordination of Fondazione Altagamma, the Ministry of Economic Devopment and ICE – Italian Trade Agency have taken charge of the New York Project, along with partners Simest, the National Chamber of Italian Fashion, Salone del Mobile.Milano, the Chamber of Commerce and the City of Milan.

Among the outstanding Italian companies involved in the project is B&B Italia, which actively participated with lamps designed by Jean-Marie Massaud, among the stars of the charity auction – whose proceeds will be donated to the American Italian Cancer Foundation – held during the opening ceremony.

The classics of Cappellini take on a new look

The woven plots of outdoor living – with Pedrali