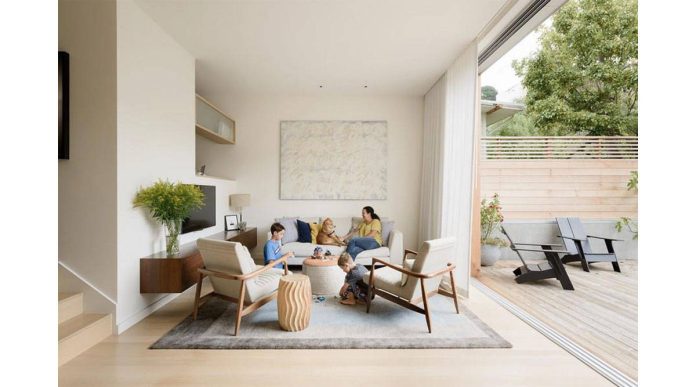 Intimacy is the key word in the new definition of the home. Or rather, in one of nine definitions that the Milan Furniture Fair’s Trend Lab has identified in an attempt to map out the current megatrends in contemporary furniture using LivingScapes research. Cosy Home is probably the closest definition to the traditional meaning of the home, with its connotations of refuge and safety. It is equally popular with singletons and larger families, has a strong onus on authenticity and is barely influenced by fashion fads. It is quite fitting, then, that Milan Furniture Fair’s research laboratory and intelligence centre has kicked things off with the Cosy Home trend: it is the most widely shared, best-loved trend around and can speak volumes as to the changes and directional shifts occurring in the global design and furniture industry.

«Cosy Home tells us how central the home is in our lives and in the imagination of its inhabitants. It considers the home to be a place of the soul which reflects our way of being – a living, pulsating universe in which design needs to facilitate comfort and wellbeing. Design is, therefore, a means to an end, rather than the end product itself,» reads the research report. The study – which was conducted by observing people all around the world, combining field, desk and internet sources as well as drawing on the support of opinion leaders – reveals how the trends results in two phenomena: Homedulgence and Digital Detox.

For the former, the home is transformed into a comfortable, welcoming ecosystem, to such an extent that it becomes preferable to the outside world. One need only consider the raft of services that the internet age provides to help us enjoy the good things in life from our own homes: from Netflix, which has torn up the rulebook of home entertainment, to online shopping, to name but two. And then there are companies responsible for revolutionising our concept of home dining: Cortilia and Portanatura, for example, allow customers to sign up to receive weekly deliveries of fresh, kilometre-zero fruit and veg, while the London-based Deliveroo and Supper deliver food from the city’s best restaurants to our front doors.
The kitchen has been restored to its rightful place as nucleus of the domestic space, while the bathroom – which is now approaching the realms of private spa – becomes a temple of wellness and psychophysical wellbeing. It is little wonder that these rooms are now being given equal interior-design billing as other spaces in the home.

Concrete examples of these new trends can be found all over the world. In Taiwan, HAO design studio created a flexible, interactive interior design solution for the Stone family, with the living room adopting the joint function of lounge and games room to enable the family to spend time together at their will. In Moscow, Crosby Studios’ renovation of an early-1900s apartment is centred around the notion of a fluid space, with little continuity between the kitchen, living room and relaxation area. Meanwhile, the Oki Sato Lamp Shower – as the name suggests, a shower with built-in lamp – is perhaps the clearest illustration yet of the blurring of the lines between the bathroom and the rest of the home.

Within the Digital Detox atmosphere of comfort and domestic contentment, the home becomes a «quiet zone – an island of calm and silence», which enables us to temporarily disconnect from the digital whirlwind which surrounds us on a daily basis. The Offline Chair project by Agata Nowak is the perfect reflection of this: the chair’s aim is to guarantee a digital-free experience thanks to its enveloping form and the inclusion of a special pocket which blocks the signal of digital devices. Similarly, Just the bell by Parisian designer Ignasi Girò is a simple alarm clock which connects to your smartphone via Bluetooth, adopting its functions but at the same time allowing you to leave your phone – and the distractions it inevitably brings – outside the bedroom. Pepper Hacker – by Australian brand Dolmio – works along the same lines: though it resembles a regular pepper grinder, it actually disables all WiFi, technological devices and televisions for 30 minutes in order to let users spend time together around the dinner table.
These products are indicative of the L’Abitare dei Sensi [Living by Senses] philosophy: a home that enables us to regain a sense of daily tranquillity and introspection as we begin to rediscover the things that really matter.
And there you have it: the first of nine megatrends that define the modern domestic panorama.

Casalgrande Padana and Pininfarina in partnership for Earth

Charm and history in the new Riflessi single-brand store