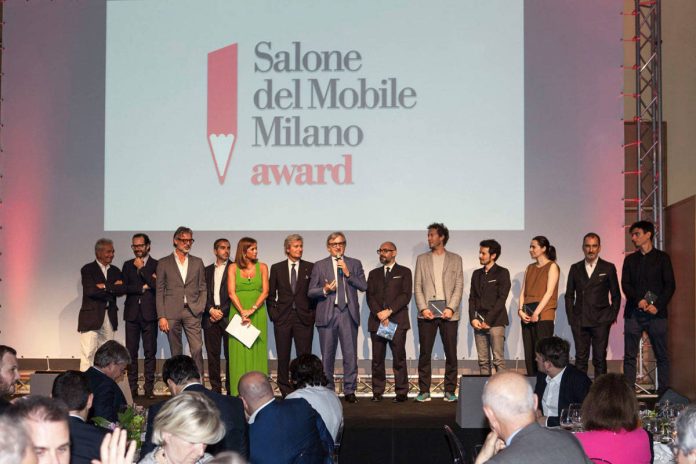 Salone del Mobile rewards for the first time the best of design through the Salone del Mobile.Milano Award. Important backstage for all professionals of the sector, the event organized by FederlegnoArredo Eventi that exhibits in Rho the top of international design since 55 years, creates this prize in order to identify the excellences of its exhibitors. Announced on Tuesday 7 June, the winners are divided in eight categories; half of them are focused on the Best Products. Many fields are part of this one, starting from the Furniture System that has been bestowed on Commodore – designed by Piero Lissoni for Glas Italia. The members of the panel, who were only revealed at the presentation ceremony, praised the contemporary sensitivity with which the designer managed to evoke the past, utilising traditional glass without placing shackles on creativity.
Indeed, creativity – alongside innovation and technology – are at the basis of ideas behind the design enhanced by the award. It is the case of Daniele Lago – owner (together with the brothers Franco and Rosanna) and Art Director of the company Lago – which designed Air kitchen, which claimed first prize in the Kitchen category thanks largely to the way the kitchen brought “fire” back to the centre of the domestic setting. Vitra and Tubes picked up awards in the Seating/Soft Furniture and Bathroom categories respectively: the first one, thanks to All Plastic Chair (signed by Jasper Morrison) which shapes the traditional wooden seat by single plastic mould; the second brand with Alberto Meda’s Origami radiators, that combine versatility of use with original design.

Top steps of the podium, also the designers Kostantin Grcic (experimenter but coherent with its technical style) and Giacomo Moor – among the Young category. This one makes the step up from personal innovation to industrial-scale production without betraying his artisanal roots. Standing somewhere in between those two is Cristina Celestino, who brings together themes such as fragility, delicacy and decorum with some truly original results, earning her the panel’s special prize. Meanwhile, Kartell won the outfitting category on account of the strong presence of digital technology and the sheer wealth of innovation invested in their offering.
Finally, the Banca Intesa San Paolo Special Prize was awarded to Simone Ciarmoli and Miguel Queda for the artistic direction of the exhibition/event Before Design:Classic.

The flame of evolution