On 6 January Louis Vuitton opened its new space in Milan, in the former Garage Traversi, near Piazza San Babila. Designed by the architect Giuseppe De Min and built in 1939, this fine example of rationalist architecture has been completely renovated and restored to the city after 20 years of abandon. 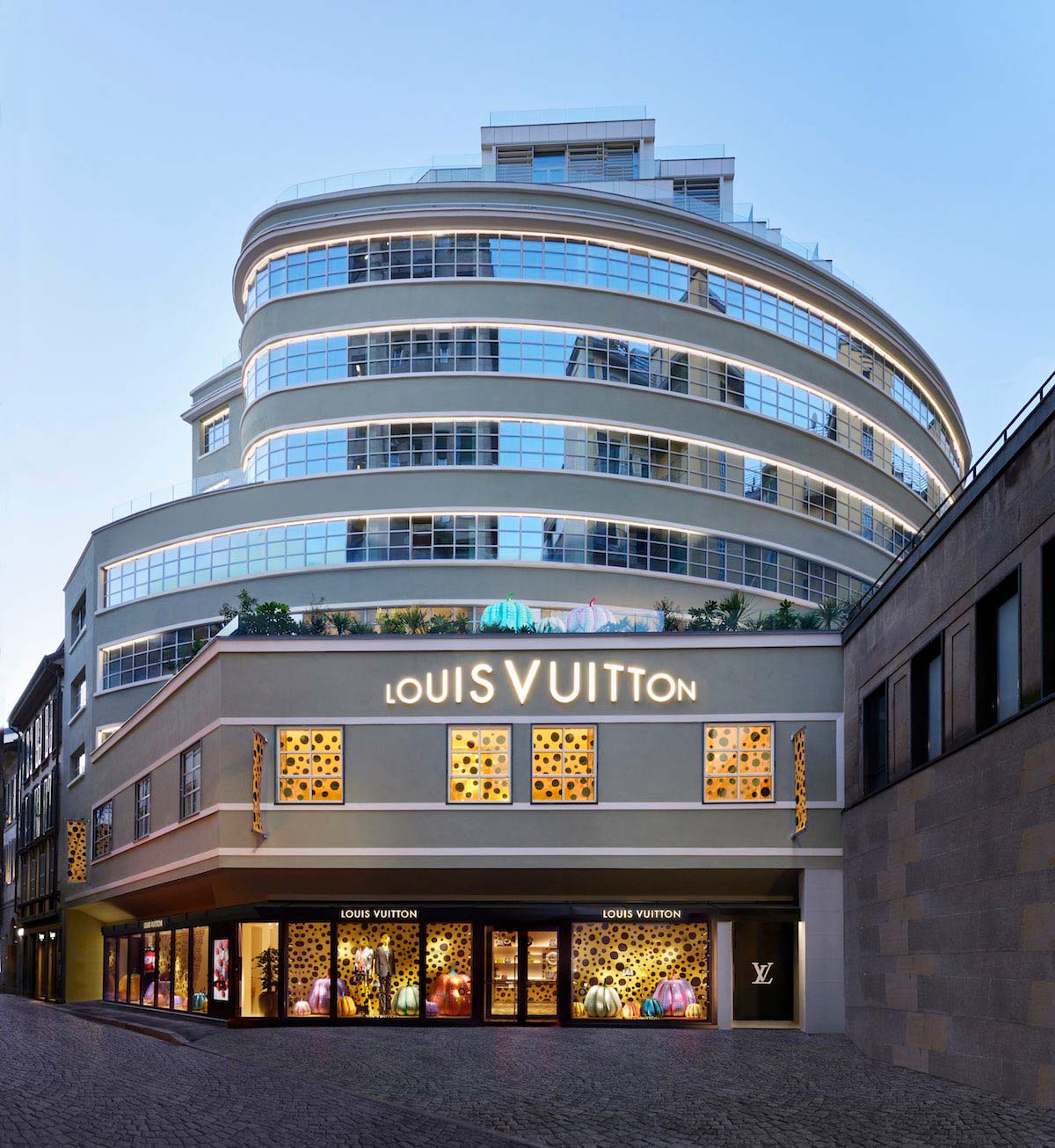 The structure contained the first multistory garage in Milan. It was made without ramps, so the cars were moved by means of a special elevator system. Louis Vuitton has set up its facility in this new space on three levels during the renovation of the company’s historic boutique at Palazzo Taverna on Via Monte Napoleone. The ground and second floors are for retail, while the first floor welcomes the company’s special projects, in a calendar that alternates immersive pop-ups with artistic and cultural exhibitions. 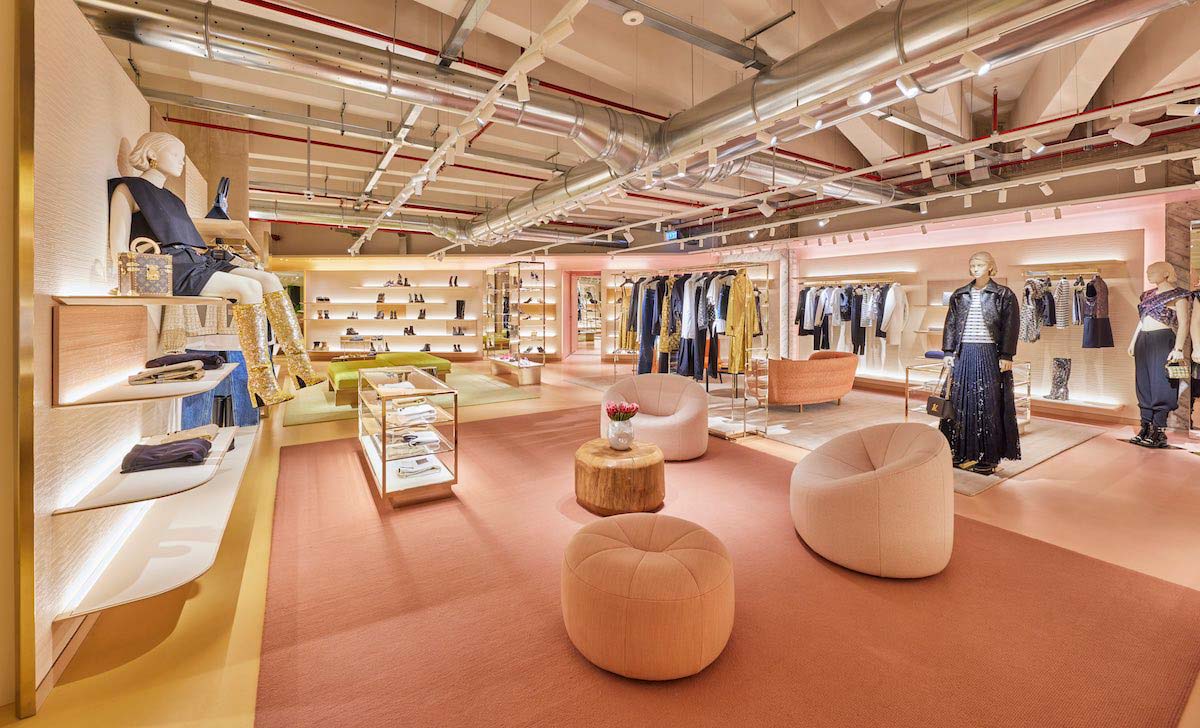 The interior design concept gives the spaces specific chromatic identities (from yellow to fuchsia for the women’s level, to Klein blue for the men’s floor) and has been conceived to enhance and protect the original architectural enclosure from the 1930s, thanks to the use of a system of curved walls that leaves the monumental fanned beams in reinforced concrete clearly visible. 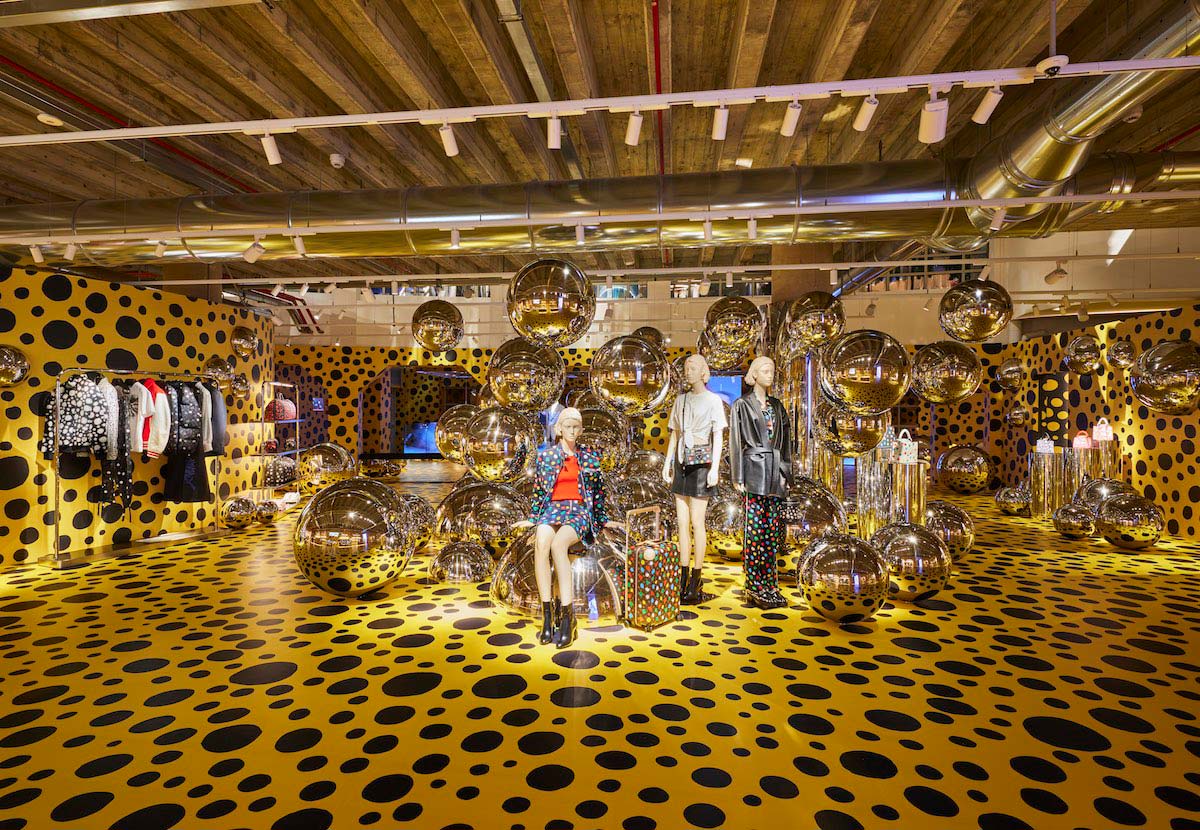 The furnishings include vintage items of the Italian design heritage with pieces from the Objets Nomades collection of the maison (like the Lanterne lamps by Zanellato/Bortotto and the Spiral Lamp by Atelier Oï), works of art, and objects from the historical archives of Louis Vuitton.

As its first event, in coordination with the worldwide launch of the Louis Vuitton x Yayoi Kusama collection, the company celebrates the opening of the special project space with an immersive installation based on the Japanese artist’s recurring motifs, like the obsessively repeated polka dots that invade the space and contaminate all its surfaces, offering visitors a unique, dystopian experience: dots, more dots, and metal spheres. 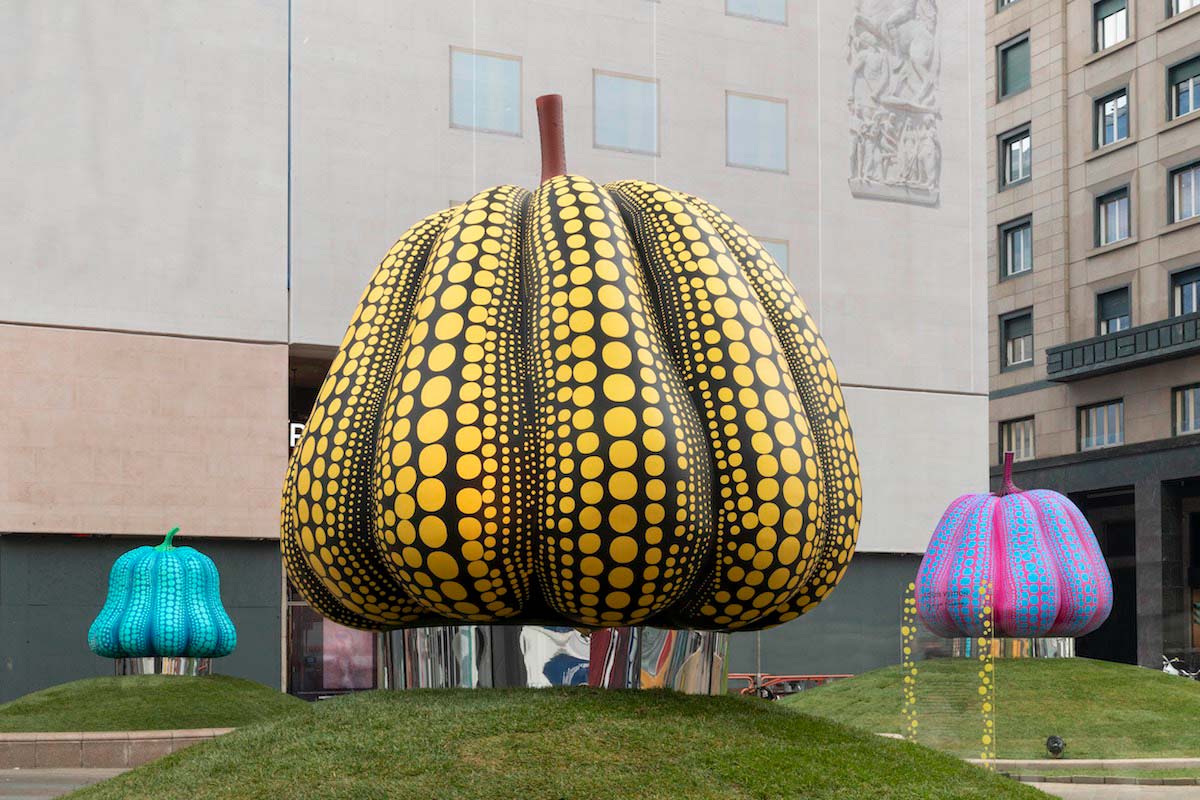 For the occasion, the neighboring florist’s stall on Via Bagutta dresses up in colored dots, replicating the brushstrokes of Kusama, and on Piazza San Babila three imposing sculptures in fiberglass, with the form of squash, stand out against green hills. In this latter case, Louis Vuitton has overseen the refurbishing of the hills and all the greenery, in tune with the original design concept of the piazza, in a technical collaboration over a span of one year with the City of Milan.