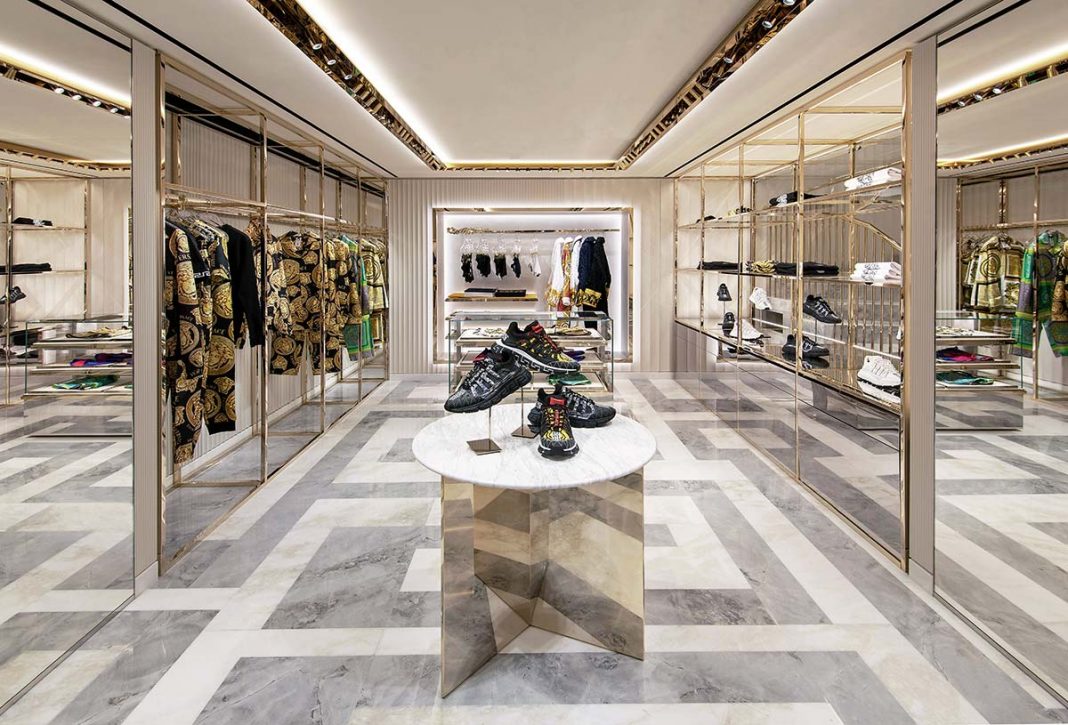 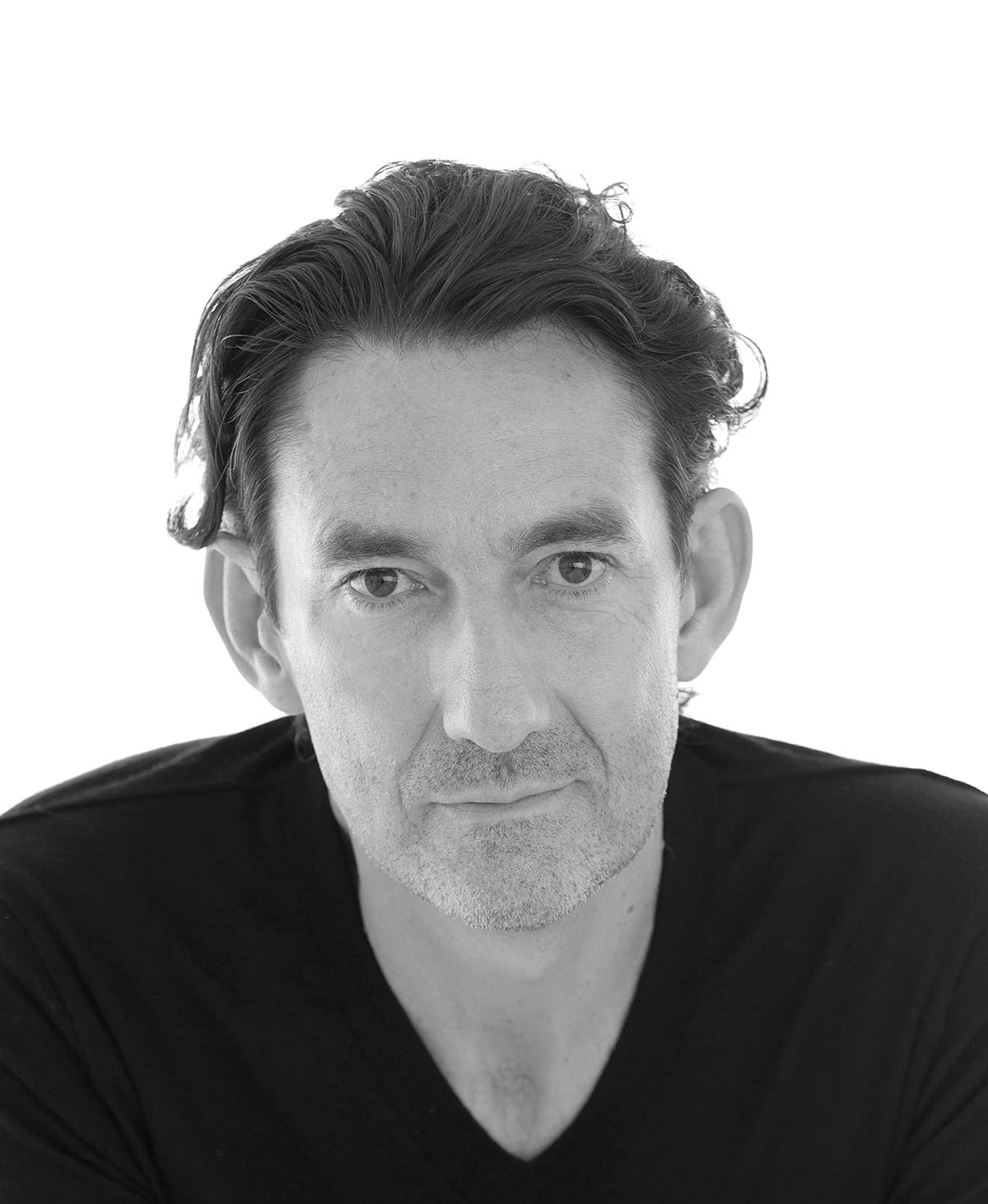 Gwenael Nicolas, born in 1966, is an award-winning French interior and product designer based in Tokyo, who is sought after in Japan for his ability to capture light and movement in dynamic, ethereal and minimal spaces, as in the purest Japanese style.

With his studio Curiosity, he creates prestigious fashion boutiques, including those of Versace. Recent openings for the Medusa maison include the flagship store on Rue Saint Honoré in Paris: “The space is like a canvas for the very sophisticated collections. I have selected the various motifs of the wide range of Versace icons, using them in a new way. Like the fluted wall, which is very classical, but can be interpreted in various sizes and repeated to become a very modern feature, though connected to the history and the company of Gianni Versace. The chandelier has been made with a series of Baroque motifs from the Versace collection, repeated and shaped in glass to become a wave that crosses the space, or to resemble a cloud of glass floating at the ceiling.”

In Paris, the collections are displayed in a series of ‘tableaux,’ like living paintings that narrate the various aspects of the brand: “The space is formed by a series of fluted walls with various patterns. We have inserted a series of frames at different levels, in a layout carefully designed to include the products. From a distance they seem like wall paintings, with brushstrokes of colors and forms, created by the products.

I wanted to get away from the classic linear layout of retail spaces, to be certain that the customers can concentrate specifically on the story of each item. In stores we usually create focal points, and here everything is a series of focal points and pertinent spots, conserving a sense of tension and curiosity. That energy and that sensation are part of the Versace spirit.”

Most of the Versace boutiques in the world are based on the concept by Gwenael Nicolas, a designer who has been able to translate the visionary art of Versace into vibrant, luxurious and daring interior design: “For me Versace means energy, and this is the impression everyone should have when they enter the space, as if you were being pulled inside by an invisible hand. Fashion is passion and constantly renewed curiosity, season after season. The style evolves, but the store has to translate that energy across the seasons and the collections, in a constant flux.”

From London to Dubai, Bologna to Moscow, the boutiques share the allure, the inimitable flair, the stylistic codes and imagery of the maison, but with subtle differences based on the location. “The sense of context is crucial, but at the same time it is irrelevant. A store is created for the local market, but also for customers who travel constantly. For the local client the store is an ambassador that brings something new from a different culture, but for the visitor it should be a way of connecting with the local context. Quite a dilemma! Therefore every store applies its own code, each balanced in a different way, but always experimenting with a new element, a surprising twist, totally free from the context and unique.”

The skill of Gwenael Nicolas lies in his ability to interpret such an iconic company, without ever repeating himself: “First of all, you have to personalize the process, not thinking about a brand or a label, but approaching the job like the relationship with a person. I always have a personal relationship with the people I work with, so it is not an abstract idea. You just look into the archives, and you find a magical object. I have a very personal first impression, of how I see the brand, and I share that vision honestly. It is more like the opinion of a customer, not of a designer. It is important to find ideas that respond to the expectations of everyone, but also stem from a new perspective the company was not expecting.”

Donatella Versace is an unconventional, bold and volcanic woman: “I showed her the ideas for a new store, which I wanted to be different from the one before it, an evolution. She understood my desire for new things, but she asked what would happen in the store after that one – she was already thinking ahead. So I understand this… an idea is good when it also has an influence on the next idea.”

Even hotels have a soul

Power to the uncertainty