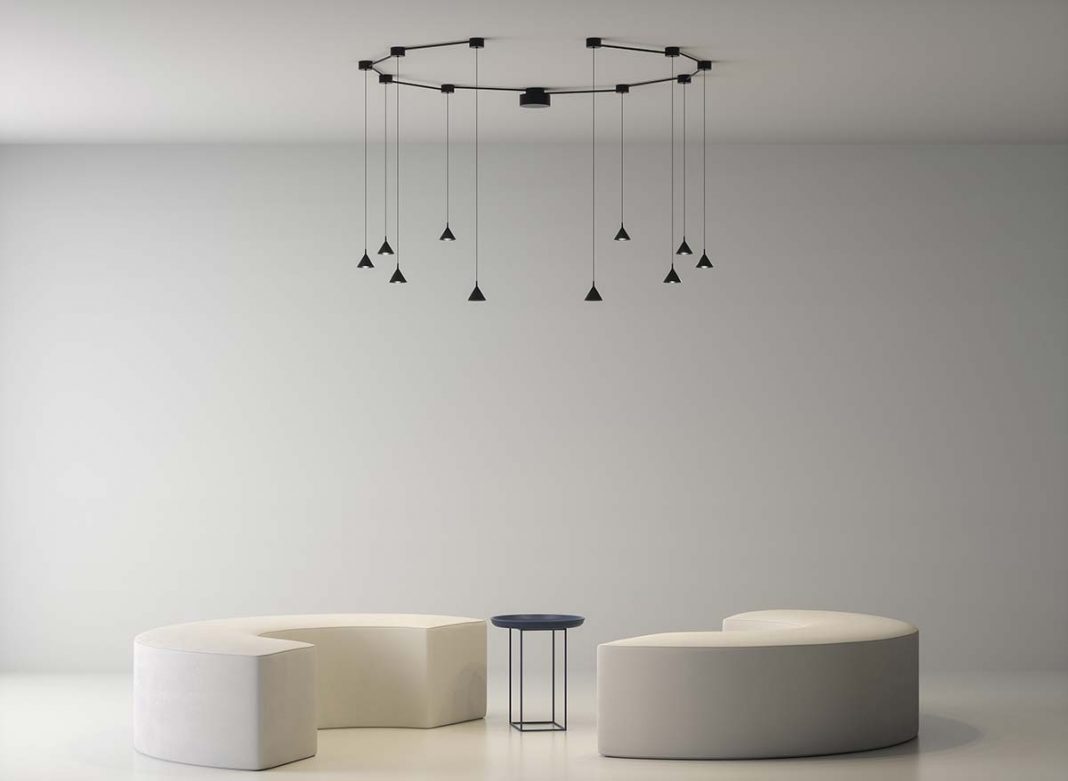 “Ryosuke Fukusada‘s idea of Pivot has taken us on a journey towards a mathematical dimension of design and light. In algebra, the pivot is in fact the element that allows an algorithm to work” said Giuseppe Scaturro, CEO of Axolight.  “The beauty of Pivot lies in the endless stylistic and luminous possibilities that can be created while using a single light point.” 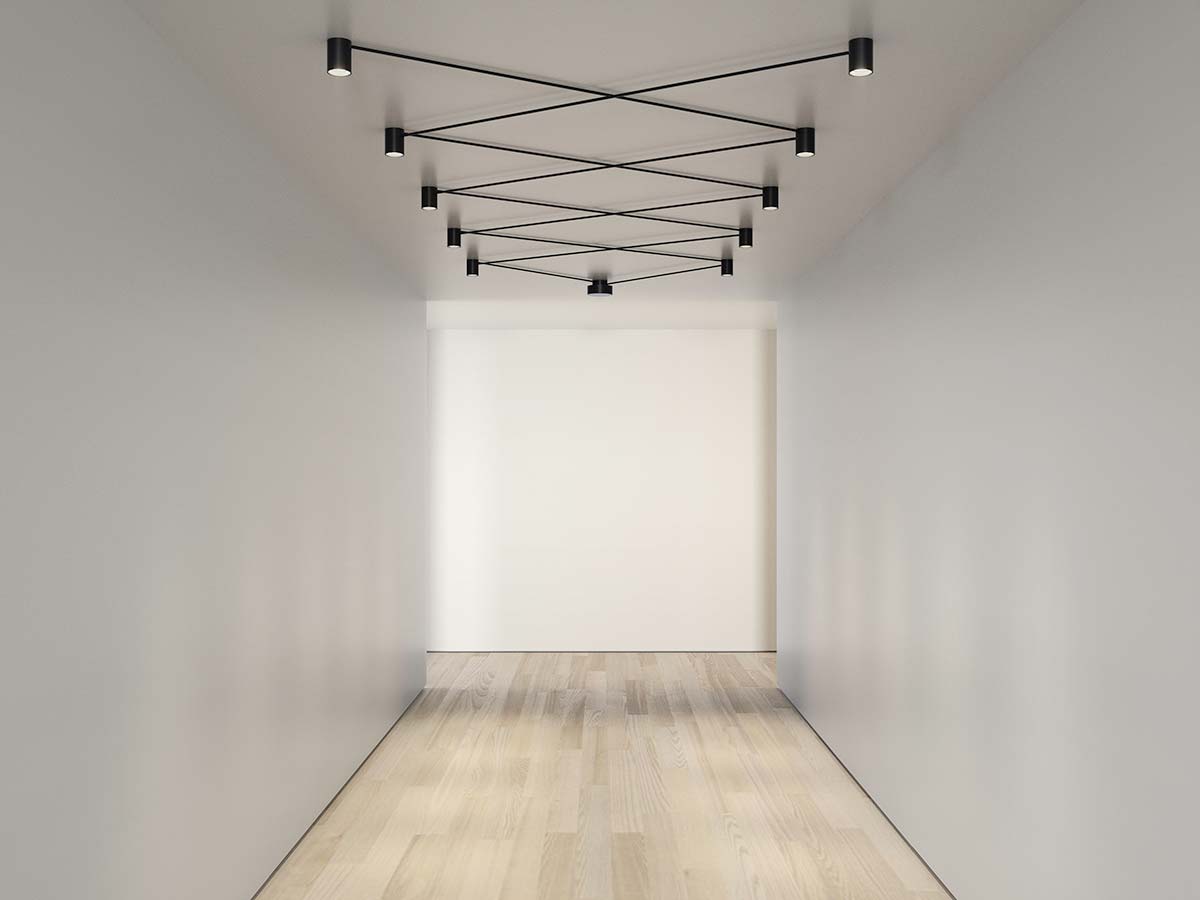 In its ceiling version, each lamp body of the Pivot system is characterized by three supporting elements joined together: a small cylinder, whose shape is reminiscent of the Japanese hishaku (water ladle), which contains the LED source and a lens, two rotating rings (each just 1.5 cm high) which, arranged one on top of the other, allow the interconnection of each single light source to two tubular metal wire-ways thanks to an inlet hole, thus giving life to a modular and linear system. The total freedom of rotation of the two superimposed rings allows the system to create endless geometric shapes and to bring light wherever you want. 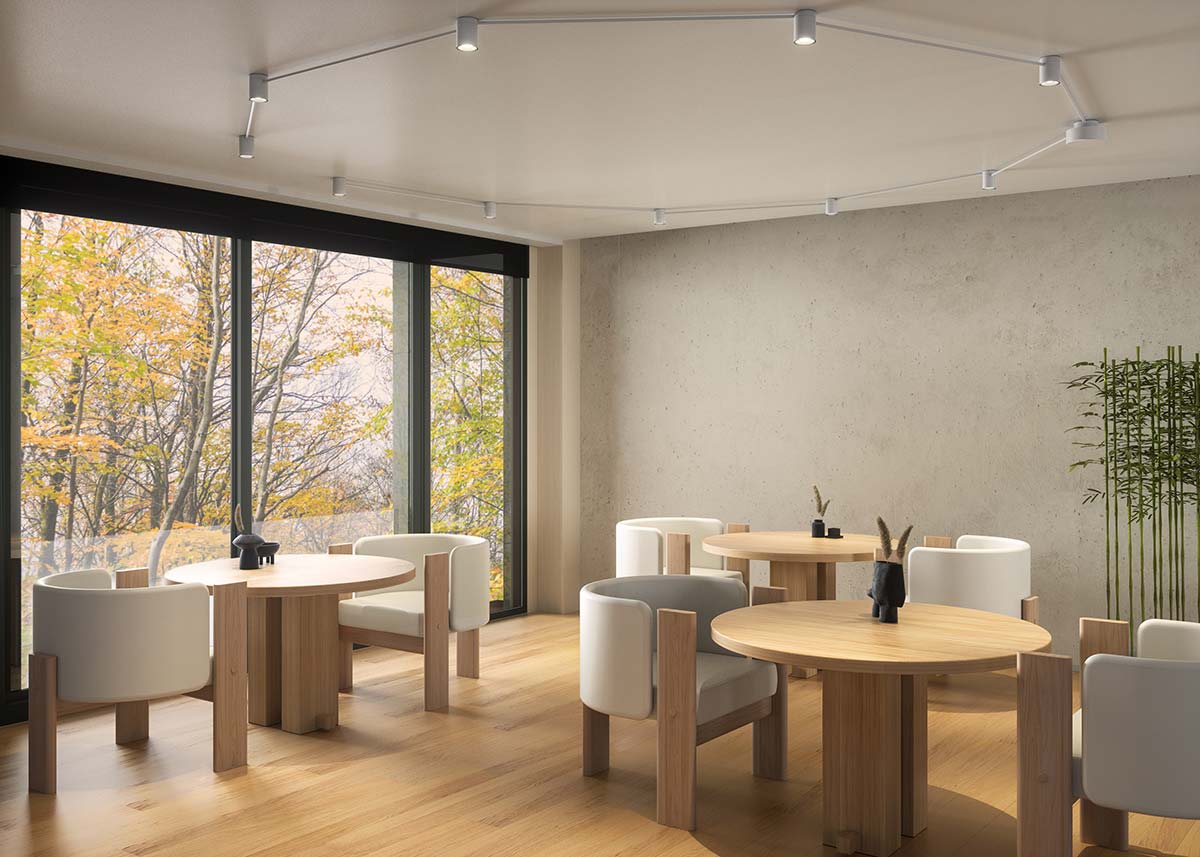 Pivot can also be used as a suspension system as it is compatible with four Axolight suspensions collections: Jewel Mono by Studio Yonoh, Liaison by Sara Moroni, Urban mini by Dima Loginoff, Virtus by Manuel Vivian. The pendants can therefore be used as an alternative, in whole or in part, to individual ceiling spots, giving life to a lighting system with endless interpretative possibilities and suited to the world of design.

White, black and greige are the three standard finishes of the Pivot collection.