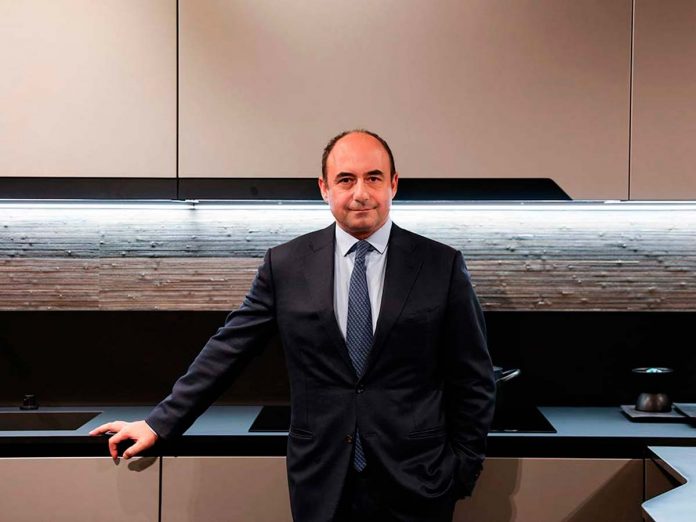 “He who hesitates is lost,” a slogan that was once the title of a film. A maxim that seems to echo in the initiatives implemented by Snaidero, starting with a double opening of new showroom spaces. The company begins with retail growth to send a strong signal to the market, confirming the desire to invest in Italian know-how. And it chooses two strategic locations to make its position clear: Milan, at Via San Marco 1, in the Brera district, and Majano, at Viale Rino Snaidero 27, a few meters from the historic production plant and executive offices.

“These two showrooms are important for us, not just in numerical but also in symbolic terms: they were planned well prior to the lockdown, and many people feared that in this moment of restart we would have postponed their openings; but the desire to continue with the project was unanimous – says Massimo Manelli, CEO of Snaidero. – They are both important locations, starting with the flagship store in Milan, the first in the history of the company in the Brera design district; with this new facility, we want to confirm our company’s faith in the Italian market and our Italian counterparts, while recognizing the city’s role as the capital of design – not just in the fashion industry – for our foreign contacts.”

“In Majano, on the other hand – he continues – we have invested in the purchase and renovation of a property adjacent to the company. The Mobilsnaidero flagship store becomes not just a remarkable showcase near the headquarters, but also a strategic meeting point in the Northeast and neighboring countries.”

Among the products, we should mention the restyling of the Gioconda model by Iosa Ghini, the debut of Link and the E-Wall system designed by Andreucci & Hoisl Design.

Both points of sale boast interior design by the architect Emanuele Orlando, with artistic direction by Belinda De Vito. The 230 m2 of the store in Milan present the new Snaidero layout, developed to express corporate values and know-how, becoming the pilot showroom of a display format and retail communication. 1000 square meters and 22 windows are features of the flagship facility at Majano, a large space featuring new developments and bestsellers.

The two openings take their places in a retail network that includes 372 points of sale in Italy and 196 in the world, supported by 4 legal entities in Italy, France, Germany and England.

“We are substantially a worldwide presence, though Europe represents 90% of our market, with the exception of the UK. To our surprise, after the lockdown the sector has bounced back forcefully, but in a scattered way, rebounding precisely in the European area: France, Italy, Holland, Belgium and Germany are the markets showing the greatest ability to react, followed by China and the Far East. The others are presently suffering, especially the USA, the Middle East (where most stores are still closed), Australia (still in lockdown) and Africa; Russia is emitting the first signals of a comeback over the last few weeks.”

The contract sector seems to be moving in parallel to the retail market: “The world of projects has grown beyond our expectations: we have seen some slippage due to forced closure, but also a number of new developments in the English-speaking countries, the Far East and to some extent the United States. While at the moment this sector accounts for 20% of Snaidero’s volume, we should take it to 25% by the end of next year, and to 50% in two-three years – says the CEO. – It is a market with extraordinary opportunities. Just consider the fact that in Australia we are the leading producers of kitchens, precisely due to contract. The big international players are looking for companies with strong branding – nearly always Italian or German firms, since there are no other competitors with the same standing. It is an advantage to have a vivid retail presence on an international level, bearing witness to the brand’s strength on the market. Obviously there are also the matters of design, quality and flexibility; and the equally essential factor of service, which at times is just as important, or more important than the product itself. We have built this standard over the years, and it is a very important ingredient of constant growth for Snaidero.”

High-end positioning is the primary objective of the brand, “together with distinctive character of products and selective distribution – Massimo Manelli concludes. – In the future we intend to increase distribution significantly in the world, starting from America, opening as many points of sale as possible. But in spite of this forceful drive towards internationalization, we will keep our deep roots in Italy, and the two flagship stores just opened demonstrate that. Italy, in spite of its complexities, remains our market of reference.”

CMP Design: research based on doing