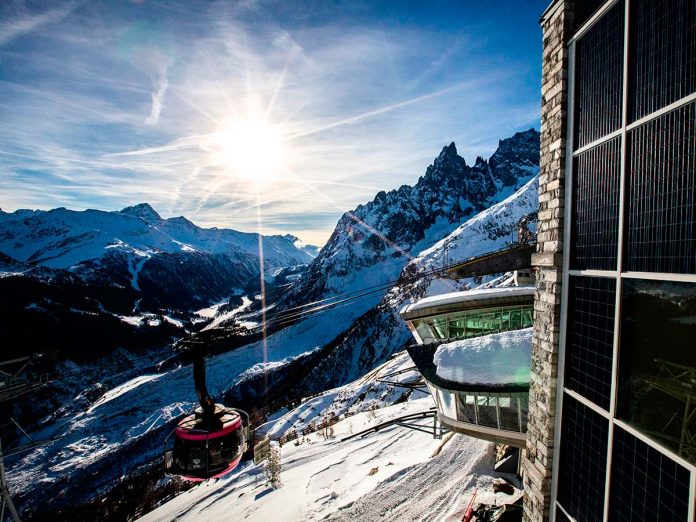 An extraordinary location for an unexpected event. Courmayeur, from 6 to 9 February 2020, hosts the first edition of Courmayeur Design Weekend. Four days in a natural setting at the foot of Mont Blanc, primarily organized as a moment for architects and interior designers.

The project (presented at the Techogym space in Milan on Via Durini) has been initiated and coordinated by the architect and teacher Paola Silva Coronel, in collaboration with Courmayeur Mont Blanc, with the aim of shifting design and culture into a context to amplify their value in relation to the specific qualities of the territory.

The city lends itself to transformation as a large open-air installation, scattered through the streets and squares, and seen in shop windows and the lounges of hotels, where selected exponents of Made in Italy (such as Alessi, Artemide, Delta Light, Fiam Italia, Kartell, MDF Italia and many others) show their most striking products in a format that creates a homogeneous itinerary through the world of Italian design.

The initiative also includes talks, seminars and interviews, as well as an exhibition by young artists and designers in Espace Grivel, a show on the evolution of workplaces and ways of operating inside them, created by the students of the School of Design of the Milan Polytechnic, titled “UFF…icio.” The years of research on the theme are condensed in models, images and videos, pointing to a possible path of evolution. A concrete illustration of new work concepts will also be provided by a coworking space (set up with Tecno and HP Italia) available to professionals, for a firsthand experience of the by now widespread idea of smart working.

The four-day program culminates in a lecture by Michele De Lucchi on the peak of Mont Blanc, at the Punta Helbronner station, on the theme of ‘Earth Stations,’ a project he defines as “places that serve to bring people together. It is unthinkable today to design offices as separate units, since they have to be places where people meet and interact.”

Last but not least, the event would not be complete without a stop on the famous ski trails of Courmayeur: 2020 brings the 20th anniversary of the SkiCAD competition (Ski Competition for Architects and Designers). This recreational event has been the inspiration and stimulus behind the creation of the entire Design Weekend.

Swarovski for the home decoration