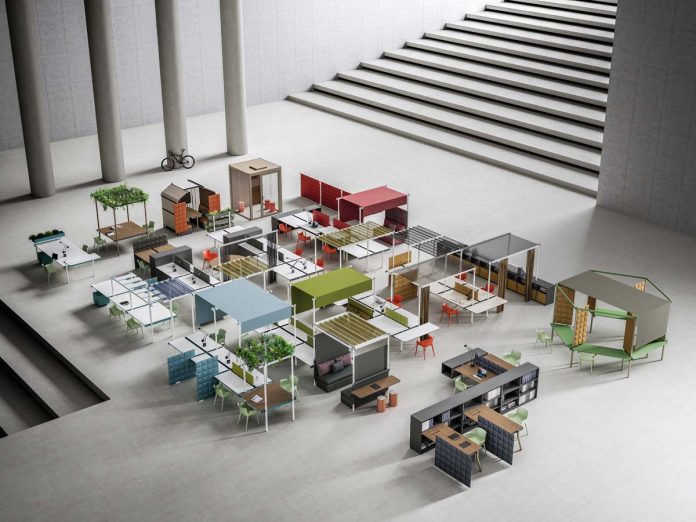 As Mariano Corso (Scentific Head of the Smart Working Observatory of the Politecnico di Milano) explained during the first of the FaramTalks – People and Spaces. A new vision of the Workplace – held in Milan on 27 February with the participation of Marc Augé and Paolo Nespoli, the definition of ‘smart working’ does not merely cover the concepts of rational management of office spaces and telecommuting, concepts which by now are old news.
Rather, ‘smart working’ represents an organisational model that focuses on workers’ wellness, autonomy, and flexibility in exchange for results and accountability, and which, therefore, implies a change in the relationship between the individual and the company.

Based on a concept of increasingly personal work space, at times even only conceptual, ‘smart working’ means seeking a new balance in working conditions, both physical and mental, given that the physicality of spaces conditions people’s behaviour. From this assumption, as well as from the reality of digitalisation and the condition of mobility, both inside and outside of the company, the idea of a dynamic layout is developing within offices, based on workflow, on the various activities carried out, and on facilitating communication, concentration, collaboration, and creativity: a model of work and of spacial configuration that integrates the concepts of discontinuity and dynamism, as well as of disorder and elements of the unexpected.

“What we did was design ‘discontinuity’. We tackled, with the same intensity and passion, an overall analysis of work interactions in order to be able to configure the objects that make them possible,” explains Egidio Panzera (architect and art director of Faram 1957 since March 2018) presenting, in the same day, the Bahlara system, the cornerstone of the company’s new direction as desired by CEO Massimiliano Giacomelli, aimed at creating work environments that are infused with identity for those who inhabit them, and that create space for both work and life. “The new collection was intended to bring this vision to life, translating it into a system capable of meeting the changes of today’s increasingly fast and unpredictable society.”

With a name and a concept inspired by the Sicilian market of Ballarò, which spreads out around the Duomo di Monreale, Bahlarà is a collection that, like a market, is alive: it expands, it contracts, it rearranges itself, it changes appearance, adapting to aesthetic, functional, and organisational requirements. The system begins with the basic element of the work surface, as well as the pergola or alcove, and becomes, in its infinite and varied configurations, a sort of office landscape, an architecture of furniture that also develops three dimensionally with four levels of design: the 74 cm work space, intermediate heights of 155 and 185 cm, and the 225 cm canopies.

While the desks with adjustable heights can be arranged alone or in groups, and can be equipped with accessories, containers, drawers, flower pots, sound-absorbent dividing panels, phone boxes, and personal lockers, the overhead ‘pergola’ made from sound-absorbing fabric or metallic mesh can hold plants, lighting, suspended objects, and intermediate shelving.

The alcove with two or four work stations becomes an island of privacy dedicated to meetings, informal work, and concentration with small sofas and work surfaces, while the free-standing walls can be arranged to create areas that fulfil various functions, incorporating meeting tables, upholstered furniture, small tables in three heights, and mobile trestles for whiteboards or monitors.

Down on paper. A rip in the market

The inspiration of SaphirKeramik by Laufen

Lost in lockdown. The other face of New York