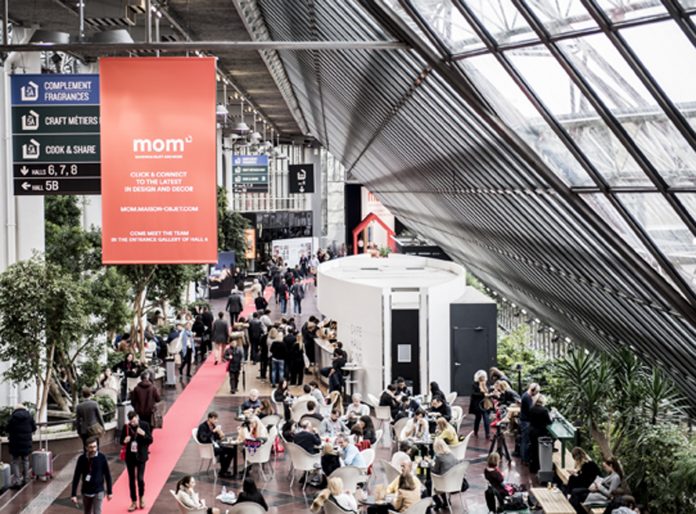 No clichés and stereotypes, s’il vous plaît. It is an immersive experience in the most authentic Parisian atmosphere, the one that Maison&Objet intends upon evoking in this January edition (18-22).

We do not mean only flavours, colours, perfumes, as much as allure, style, and a chic that is so distinctive that it is immediately referred to a universally recognisable culture and a way of being. A prerogative that is hard to encapsulate in a simple definition, if not in that peculiarly French certain ‘je ne sais quoi’, which seduces and intrigues.

According to Vincent Grégoire of the Parisian agency NellyRodi – focused on the analysis and prediction of trends in consumer habits – it is this renewed global interest for Molière’s homeland to represent a new trend phenomenon, so much so as to be elected as the theme of the Parisian event summed up by the line “Excuse my French!”.

This ‘fascination’ must certainly be linked to globalisation: “In a world where things are becoming standardised, people are looking for something different,” explains Vincent Grégoire. What better showcase of M&O than to capture such ‘falling in love’, where one is able to discover new French brands and designers, up to a dedicated installation inside the Trend Forum (pavilion 7), whose layout is directly inspired by the Gallery of Mirrors of Versailles.

The thematic guide does not however allow us to forget the international scope of the event, starting from over three thousand exhibiting brands, passing from the collective – this year Chinese – of the Rising Talents, up to the Designer of the Year, Sebastian Herkner.

The evolution of Porada, from home to hospitality

Rosenthal and Versace: 25 years of magic at the table

Seaport, a new hub in the city