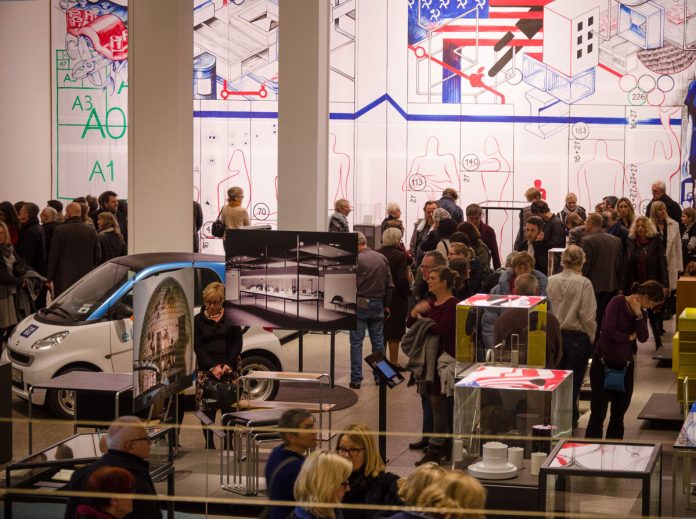 A must in the international trade show circuit, with increasingly more to offer in terms of culture and exhibitions. Passagen returns, the program of exhibitions and events which animates Cologne’s design week, alongside Imm. From 14 to 20 January, the city and its cultural hotspots become extraordinary showcases for the presentation of the latest trends in design, faces from the international design community, new products and projects, emerging creative talent, and well-established names.

The new venue is the recently inaugurated 25Hours Hotel The Circle, which will host the A&W Designer of the Year exhibit (this year dedicated to Nendo), the talk between Werner Aisslinger (who curated the interior design of the hotel) and Christian Heuchel (from the O&O Baukunst studio) on the topic of “Back to the Future”, and the exhibition of the Collection Co series (created by Aisslinger with Tina Bunyaprasit in collaboration with the historic producer Benedikt von Poschinger) within the pop-up corner.

Another hotel also stands out in the calender of events, The Qvest Hotel (from the Design Hotels chain), with The SoLebIch-Apartment designed by SoLebIch.de, the largest German interior design community: an installation dedicated to décor and trends in healthy living and the smart home.

An integral part of the Passagen design festival, the Design Parcours Ehrenfeld circuit offers an experiential tour through the city’s creative and design community, specifically starting with the Ehrenfeld district and then branching out into the Körnerstraße, Heliosgelände, Lichtstraße, and Grüner Weg clusters and the formerly commercial port of the Rheinauhafen district. Small shops, showrooms, studios, and workshops, spaces that typically punctuate the neighbourhood, will display creations by local and international designers.

The retail world itself is among the major protagonists of the scene: the shop windows of major brands will come to life with new products from the most recent collections. Included among these are Giorgetti, DePadova, Kartell, the Danish brand Bolia, Lintex, the English barnd Farrow & Ball, the German brand Garten + Design. Boffi takes advantage of the special occasion – together with LivingKitchen –  to introduce the new K6 kitchen by Norbert Wangen.

A highlight of Passagen’s program is the Designers Fair which brings together, in a single exhibition and location, young designers, independent studios, and manufacturers united by creative originality that is unconventional and nonconformist. Established in 2009 through a collaboration between Passagen and Heimatdesign Dortmund, it will be hosted for the second year in a row at Pattenhalle, in the Ehrenfeld neighbourhood, at Christianstraße 82.

Institutions like the Cologne Museum of Applied Arts (which will be mounting a retrospective dedicated to adjustable lamps starting with the creations of Curt Fischer from 1919 to today) and the French Cultural Institute (with an exhibit dedicated to Cléo Jouve-Corneloup and Axel Bidault and their research in the field of climate change) will also be involved.